We love to sniff out new Dog Friendly London Hangouts so when we were invited to a special Doggy Brunch at Kensington’s We Are Squirrel we couldn’t wait! I’m pretty sure all Belinha heard was the word Squirrel and she was in. 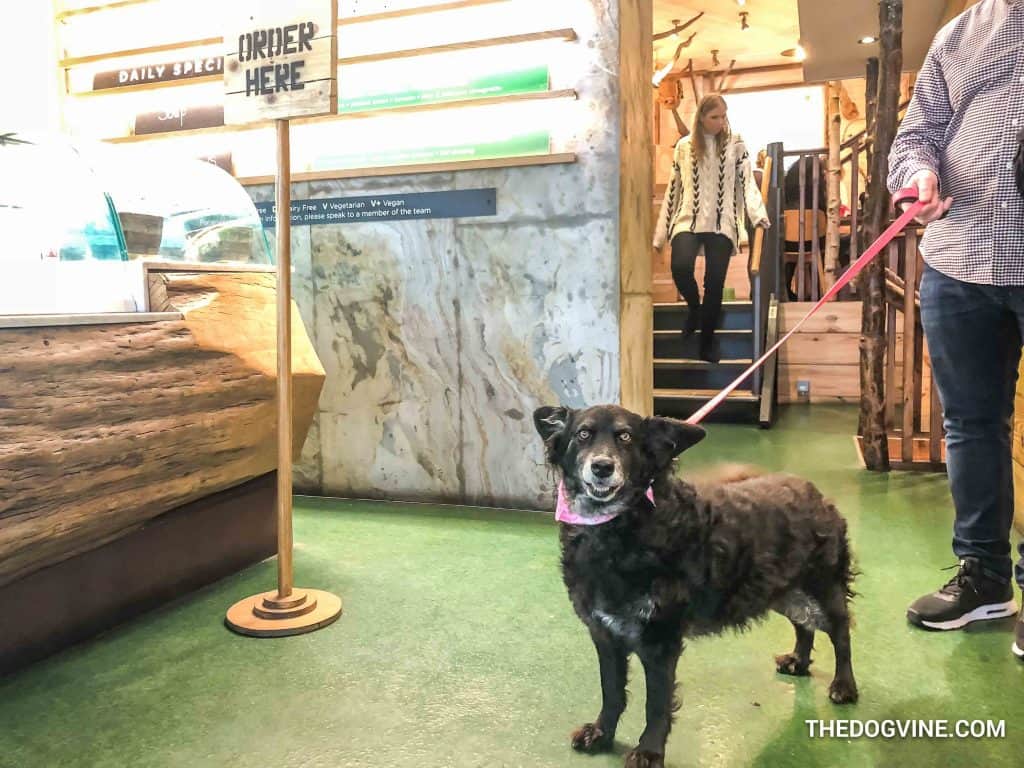 We Are Squirrel opened in 2016 and have been on a mission to get Londoners eating healthy delicious food ever since. They’ve now extended that mission to include the capital’s canines (just in case they felt like they may be missing out). 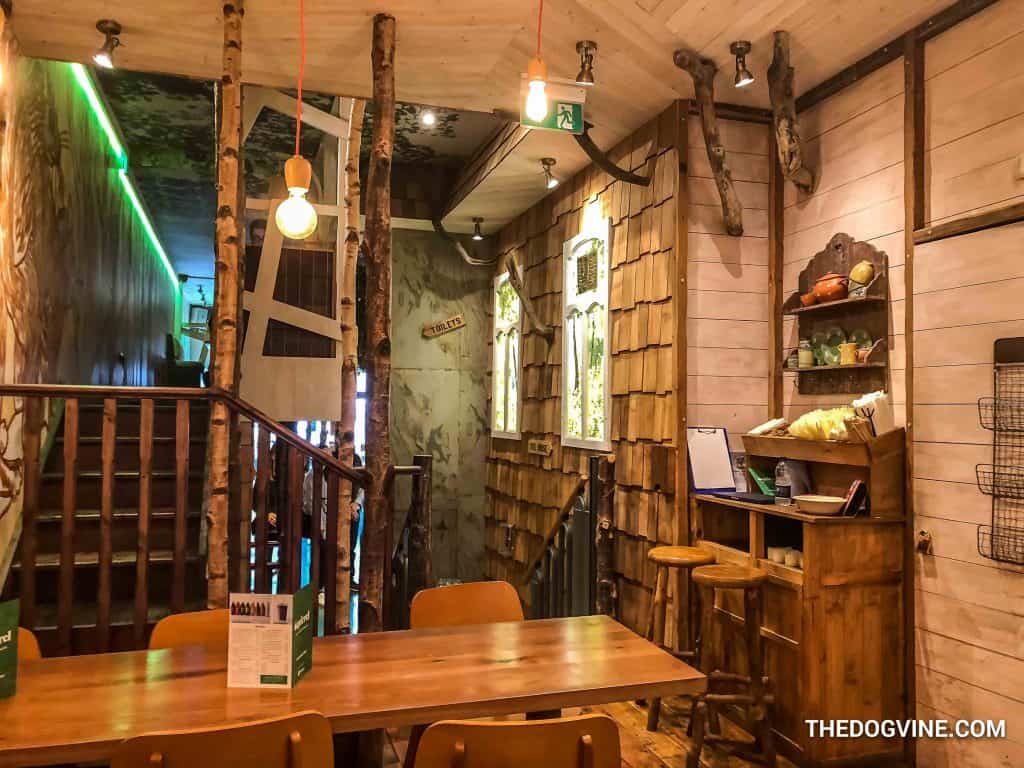 To celebrate National Dog Week, on 28th September Squirrel will be hosting London’s first Doggy Drop-in Nutrition Clinic for Dogs. Squirrel’s co-owner and head nutritionist, Zoe Stirling will be teaming up with expert canine nutritionist, Moddie Lambert to share their expertise on how to keep both human and hound healthy.

We were lucky enough to get a sneak preview of what the Doggy Drop-in clinic would have to offer at the exclusive doggy brunch last weekend. Humans were treated to some scrumptious delights from the Squirrel menu and hounds had a healthy choice of Biologically Appropriate Raw Food (BARF) from Poppy’s Picnic. 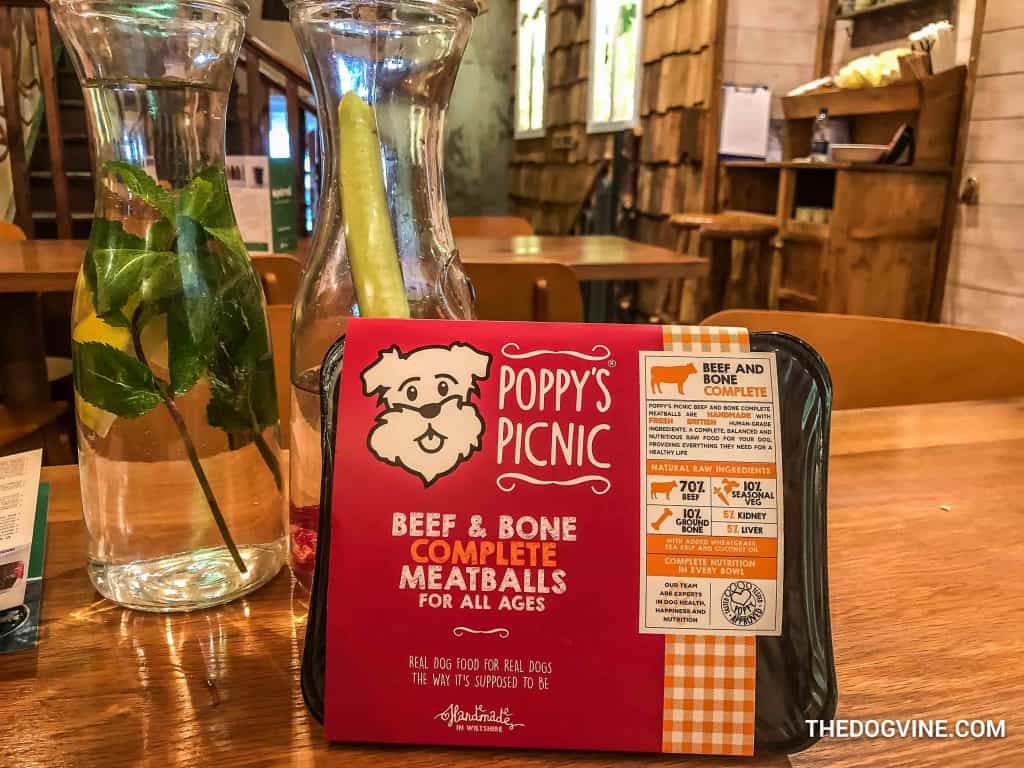 Having tried raw food in the past (well not me personally but for Belinha and Moleque), I have to say we were all a bit put off by things like the texture and smell and we went back to non-raw food quite quickly. So I was intrigued to hear that Poppy’s Picnic have been trying to overcome these things and have tried to make raw food as appealing as possible.

Belinha got to sample the Beef & Bone Complete Meatballs and the Lamb & Bone Enhanced Raw Dog Food ( in eco-friendly Beco Pets food bowls of course) and to I have to say it all disappeared in a VERY short space of time so looks like that was a paws up for the Poppy’s brunch. The Meatballs are designed for smaller dogs e.g. chihuahuas so that humans can dispense smaller portions easily which I thought was a pawsome idea. 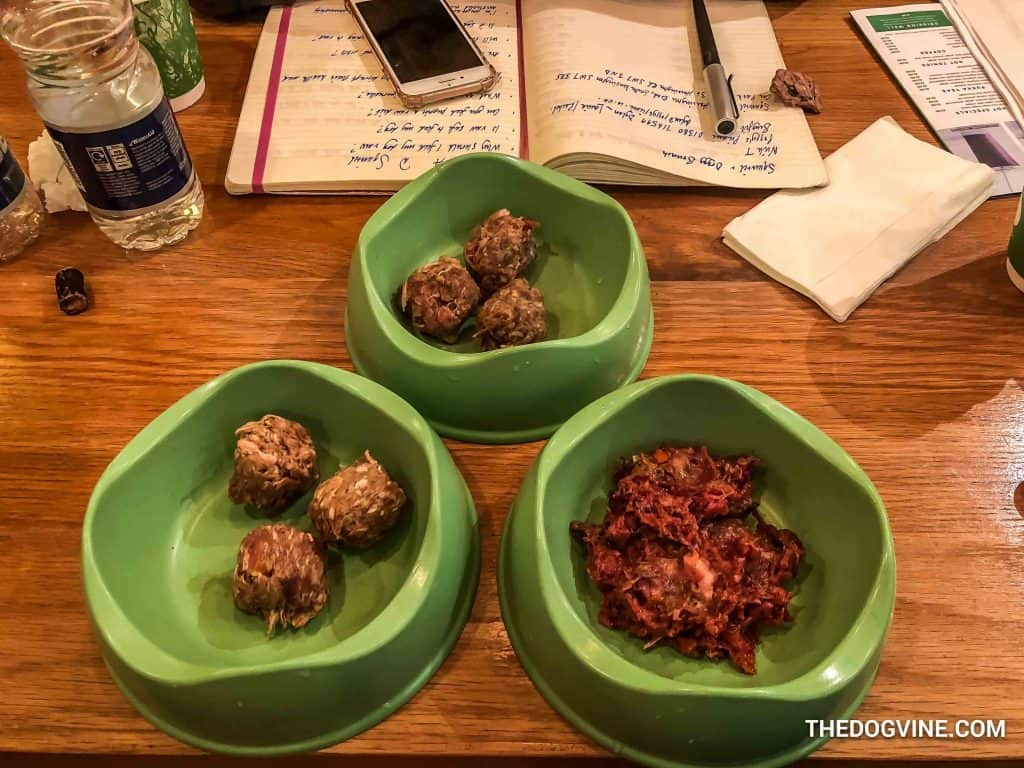 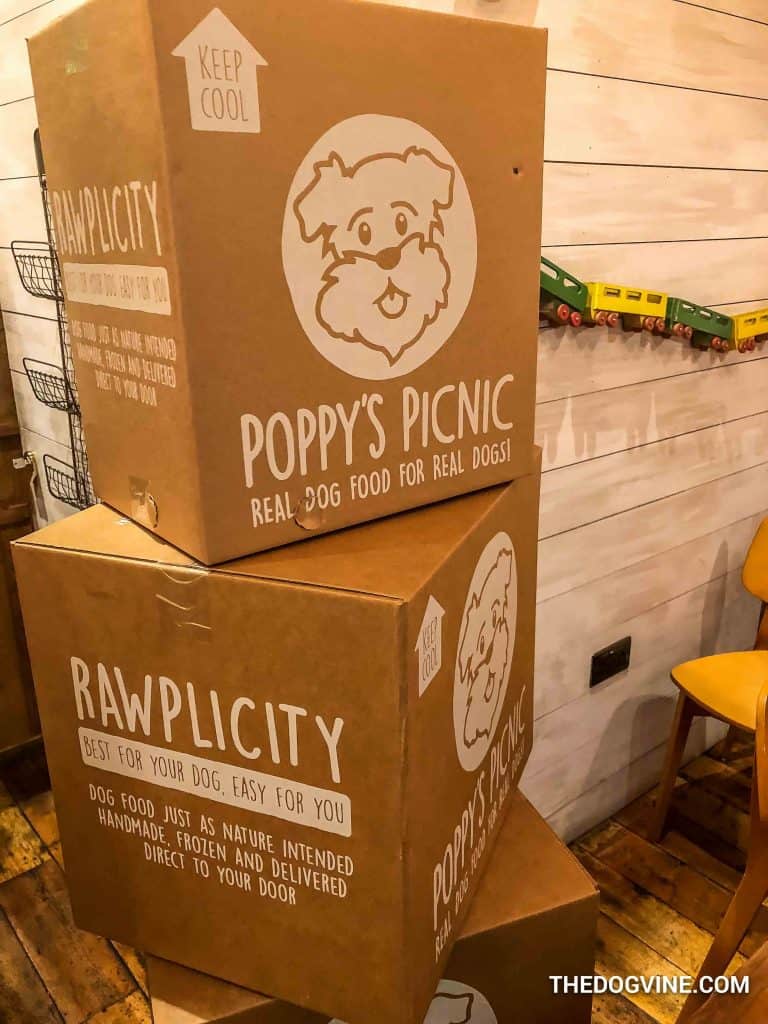 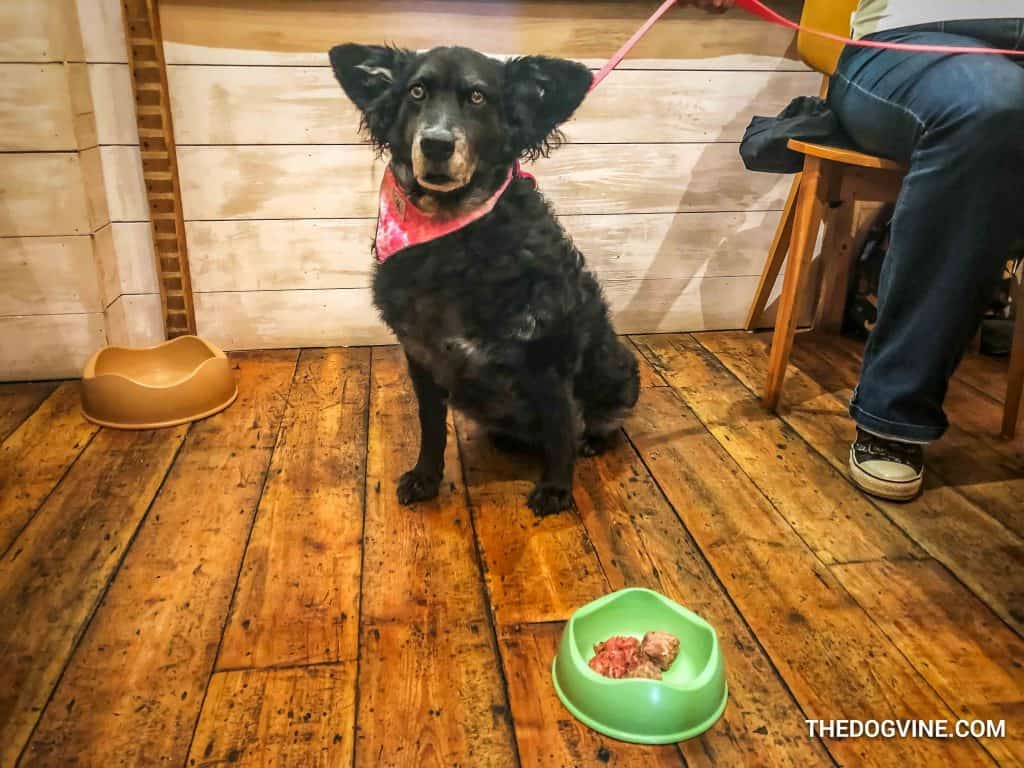 In my opinion, it definitely looked (and smelt) less like traditional raw food and simply like fresh meat. As a vegetarian, that’s a definite bonus for me.

From a nutritional perspective, Moddie swears by raw food (particularly tripe). We heard several stories about dogs who Moddie had treated who had not been given long to live but who when switched to raw food, went on to live for many healthy and happy years which was very impressive. It was definitely a fantastic opportunity to ask questions and pick the brains of a very knowledgeable expert. 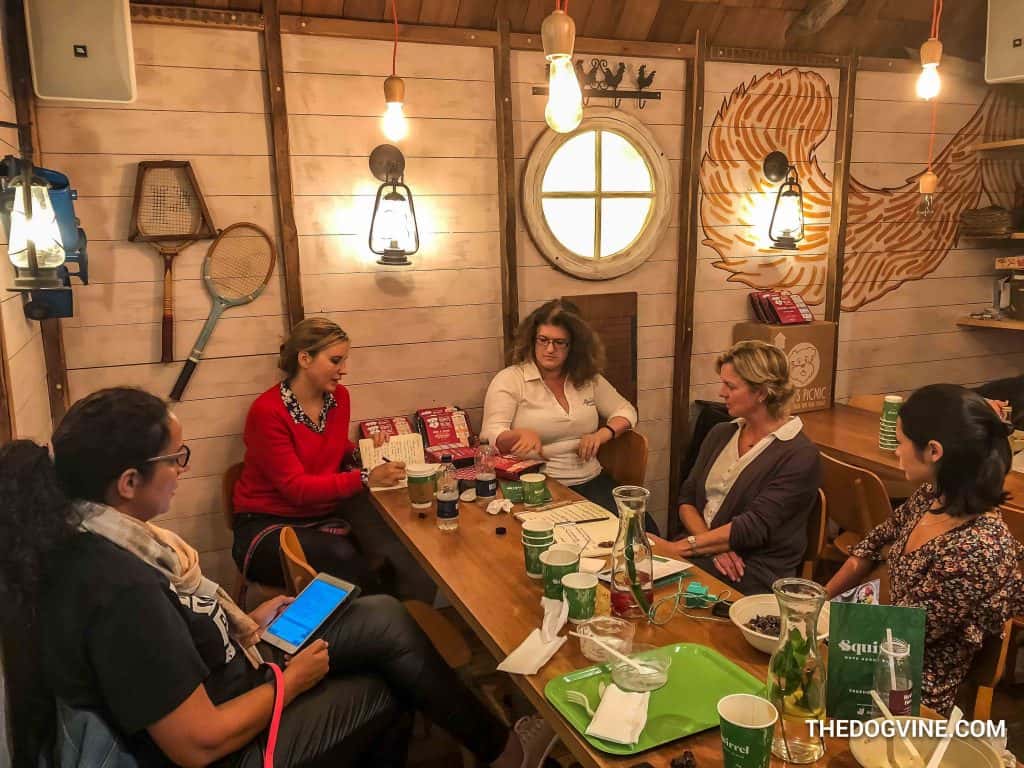 At the end of the doggy brunch we left definitely of the opinion that ‘you are what you eat’ should not just be applied to humans especially as according to the PDSA, around 40% of dogs in the UK are overweight. We also loved the vibe at We Are Squirrel (even without actual squirrels much to Belinha’s disappointment), so we’ll be coming back to this wooferful London Dog Friendly venue. 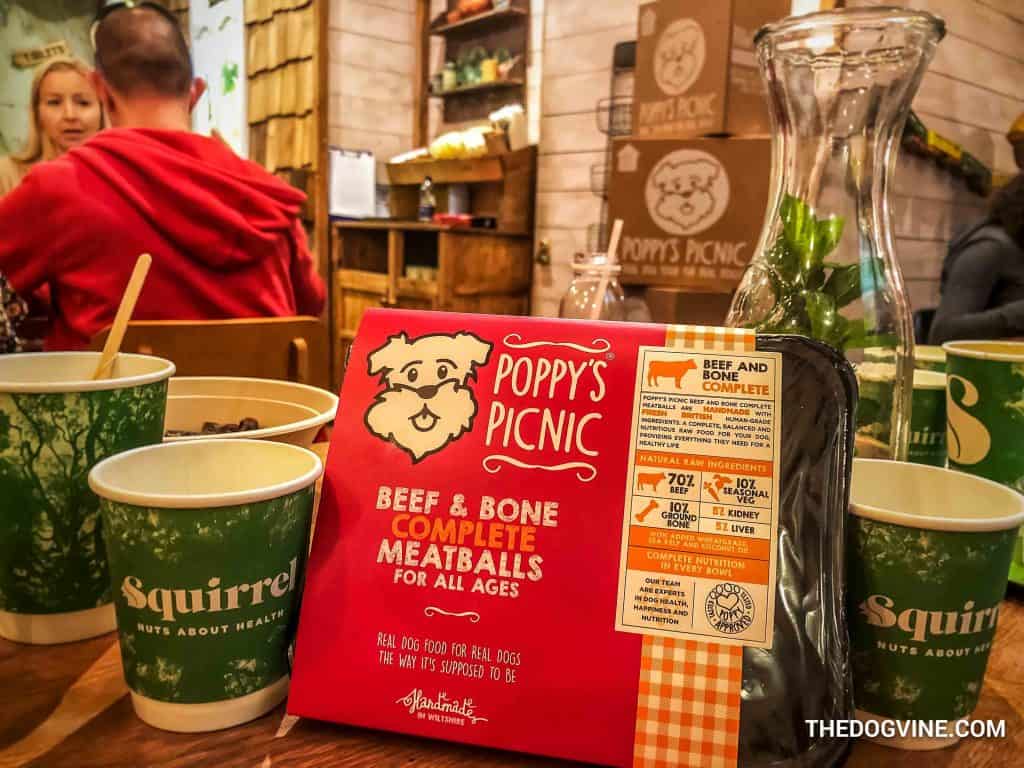 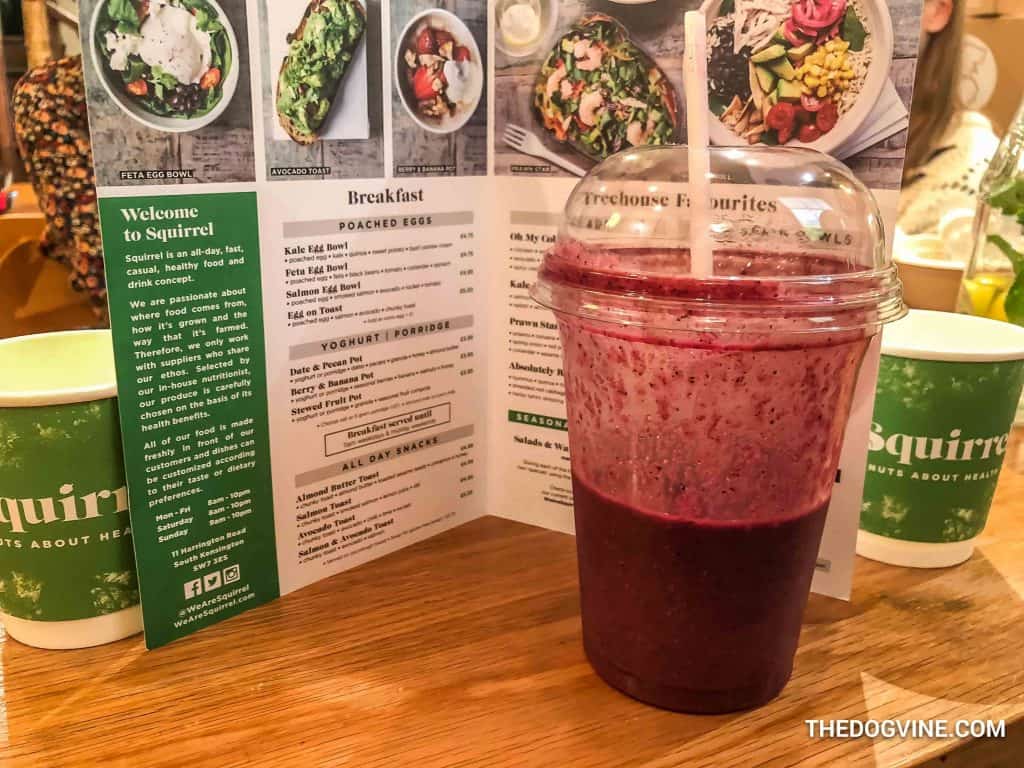 Where: We Are Squirrel, 11 Harrington Road, South Kensington, SW7 3ES

What: The ‘drop-in’ clinic will consist of a one on one chat with Zoe & Moddie, the session will begin with a day-to-day nutritional breakdown, following which they will advise on how to best promote a healthy lifestyle simply through changes in diets. Guests can book in for the half hour MOT from 11am – 2pm or 3pm – 5pm.

Price: Each session costs £25 and guests will receive a nutritional ‘doggy-bag’ of Poppy’s Picnic’s Biologically Appropriate Raw Food (BARF) treats to take home with them.