Woofs, wags and a big welcome to The Dogvine, the award-winning London lifestyle blog for the city dog! I’m Teresa and since 2015, together with my 2.5 Brazilian rescue dogs (more on that later), I’ve been on a mission to create a blog that is the go-to blog for the London dog. 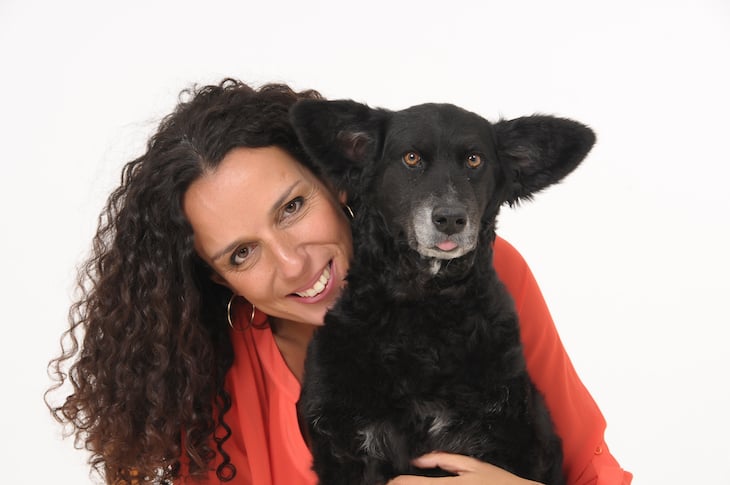 Why? Well, when I moved to London in 2012 with my dogs who I rescued from the streets of Rio, it took a long time to find out all the local dog knowledge such as what London Dog Events were on, dog-friendly things to do or where the dog-friendly cafes and restaurants were in London. Plus the information online was either not very comprehensive or simply didn’t have a local enough focus. I soon realised that the best source of all the local insider dog knowledge was often to be found in the park via a chance conversation with other dog owners as they passed a tip along on what I came to call the “Dogvine” and hence the online version of “The Dogvine” was born. I run The Dogvine in my spare time (outside of my full-time non dog related job) which means the blog is a result of a lot of hard work (and no more spare time), so I’m very pleased to say that The Dogvine has won several awards over the last few years:

On The Dogvine, I feature things that a London Dog (or their human) needs to know, in fact, you could think of us as the ‘Timeout for London Dogs’. The Dogvine was the first dog blog to feature a dedicated London Dog Events Calendar (and is the most comprehensive), has a growing London Dog-friendly directory dedicated to London dog-friendly cafes & restaurants and also features inspiring four-legged stories as well as lifestyle pet products. Wherever possible, I help put the spotlight on local rescue charities as well as promote pet adoption and brands that give back.

The Dogvine Crew – from Rio to London

To avoid any confusion I’m not Brazilian but before living in London, I was lucky enough to live in Rio de Janeiro, Brazil for a few years where I rescued several street dogs, three of which came back to the UK with me. You will often hear people talk about the disparity in communities in Brazil with the astronomically rich living in mansions alongside the poorest people living in the city Favelas (slums). In Rio, I was immediately struck by the same disparity that translated to dogs. If the dog is fortunate enough to be a pedigree then it is adored and pampered. Sadly this is probably because pedigree dogs are seen as a status symbol. If however, the dog is a crossbreed or mutt then it often ends up on the street neglected and abused and seems to have no worth at all. I saw some horrific cases of neglect and abuse and was fortunate to be able to help some, but sadly not all of them.

The Dogvine Crew are Belinha, Moleque and Nina, all Brazilian street dog rescues who have made the journey from the streets of Rio to London, Belinha and Moleque in December 2012 and Nina in June 2014. Belinha and Moleque are my dogs and Nina was adopted by a friend but comes to stay on weekends, so I guess it’s 2.5 dogs, kind of. 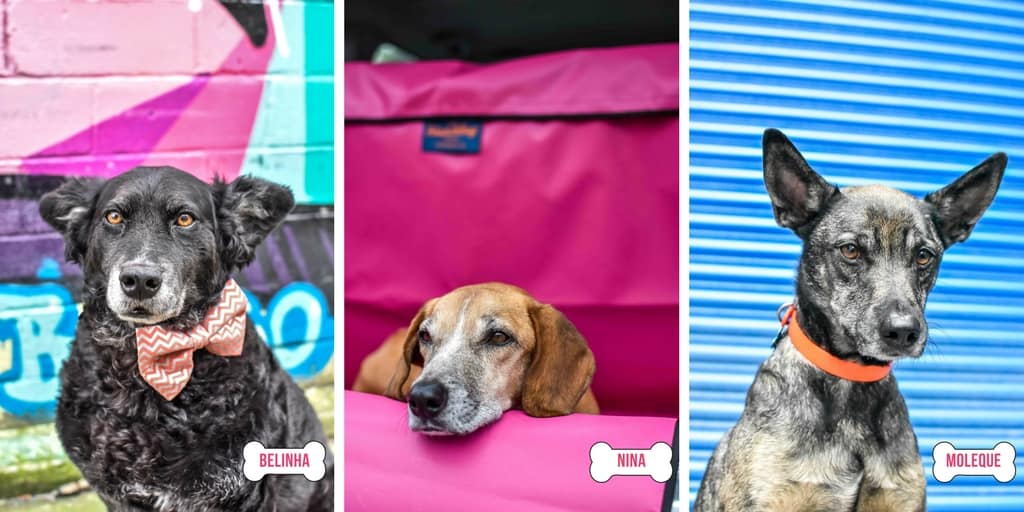 The Dogvine is inspired by these and all the other wonderful rescue dogs out there.