Who doesn’t like to be beside the seaside? Living in London, we’re spoilt for choice on parks and even lakes where you can take your four-legged friend but sandy beaches that stretch for miles and miles aren’t exactly on the weekend walk menu. 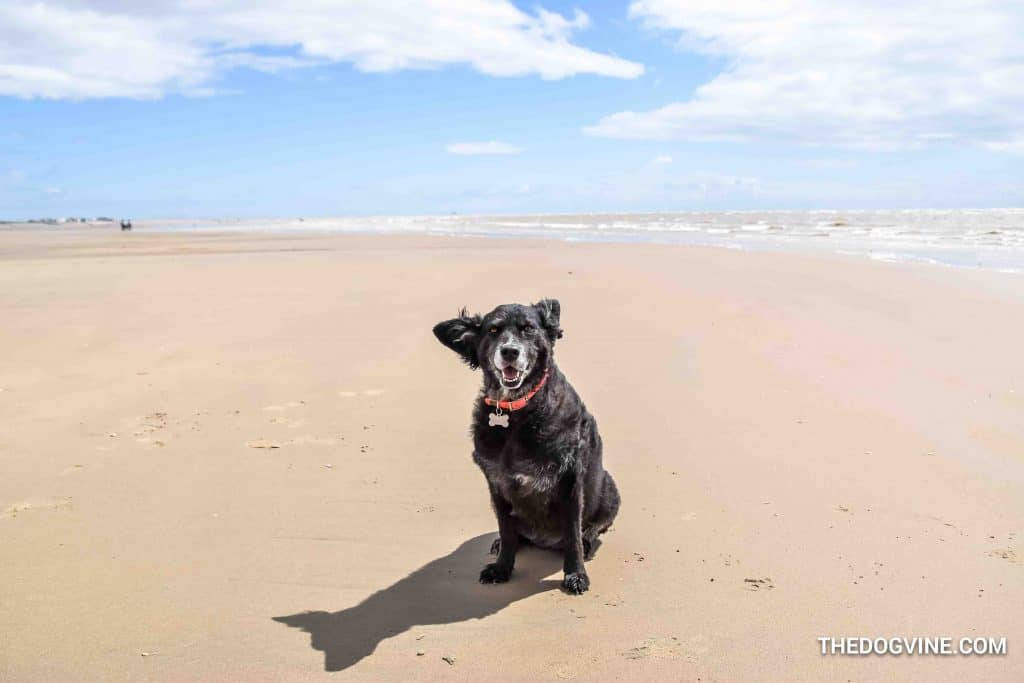 Well, if you and your pooch long to feel the sand beneath your paws you actually don’t have to travel too far – within 1-2 hours of London there are several dog-friendly beaches that make for the pawfect dogs day out. The Dogvine decided to head to East Sussex to see what Camber Sands had to offer for dogs and we weren’t disappointed…

A Dog’s Day Out – Why Camber Sands?

Well have you seen the pictures? I mean seriously…over miles and miles of sand and sea that dogs are allowed on was enough to convince me. Then there are the sand dunes…apparently these are so fabulous that they regular double as deserts in movies e.g. as the Sahara in Carry On Follow That Camel (nope haven’t seen it either). 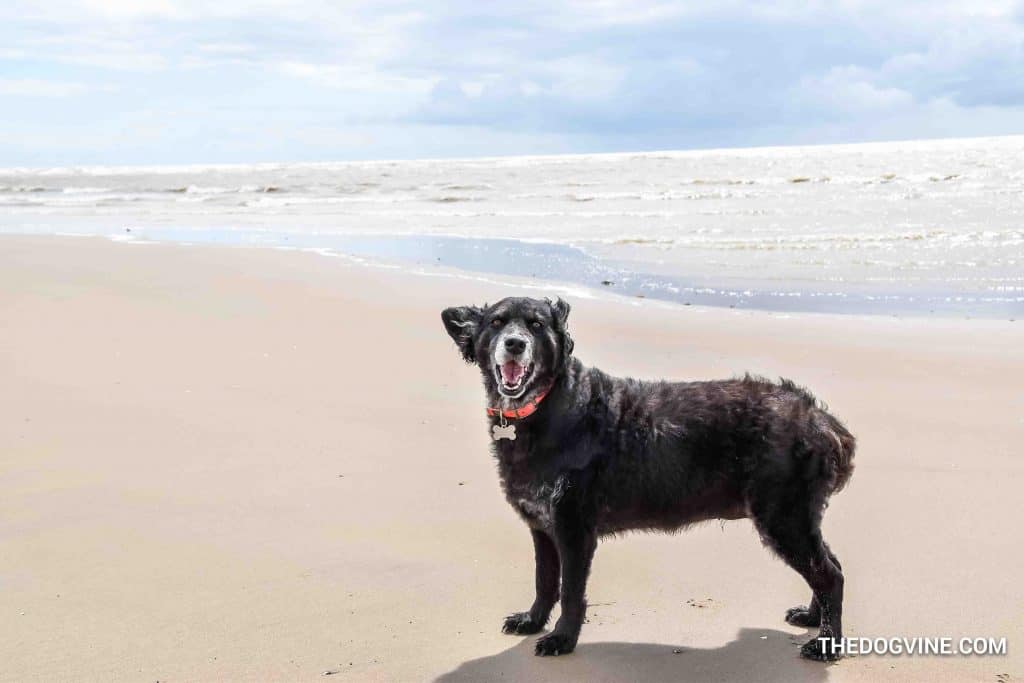 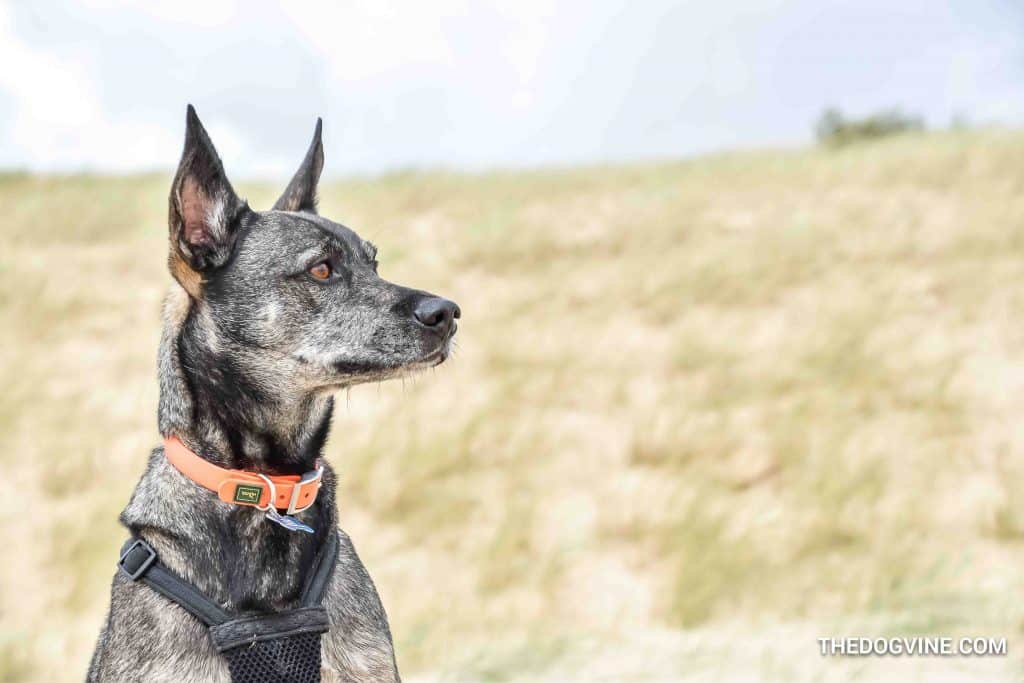 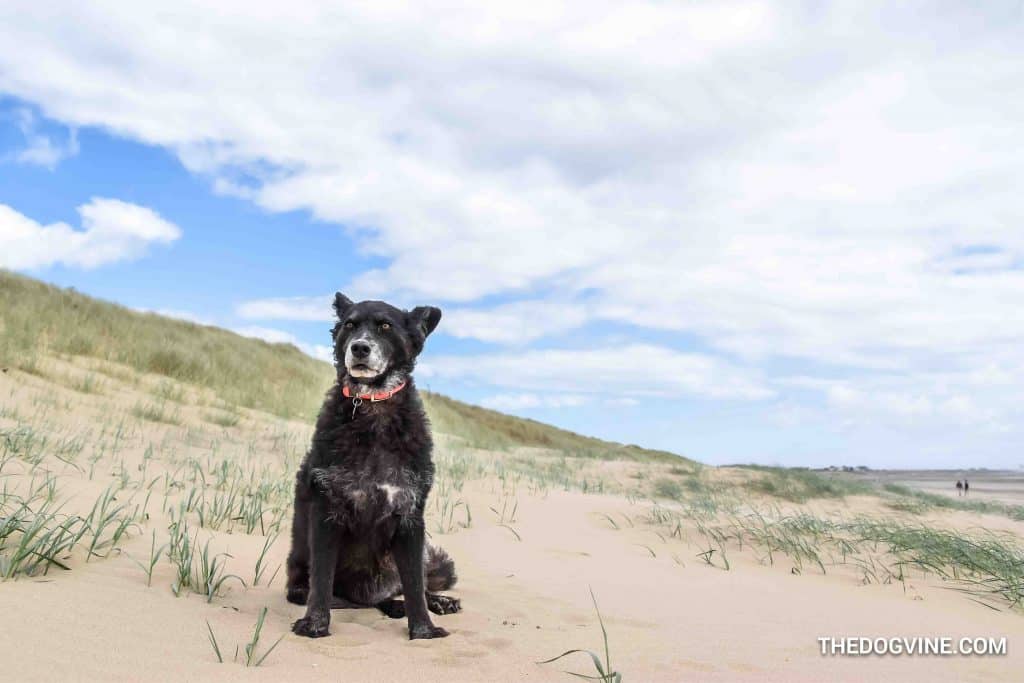 It also had to be less than 2 hours from South-West London to make it easy to get there and back in a day (driving that is) and it was.  Before you go, make sure to check the weather and tide times which you can do at the handy Beach Guide website.

Where Are Dogs Allowed On Camber Sands Beach?

Camber Sands Beach is open year round to dogs but during May to September they are restricted from one part of it. Rother District Council show on their website where dogs are  / aren’t allowed but don’t worry you won’t miss which part you’re allowed on. 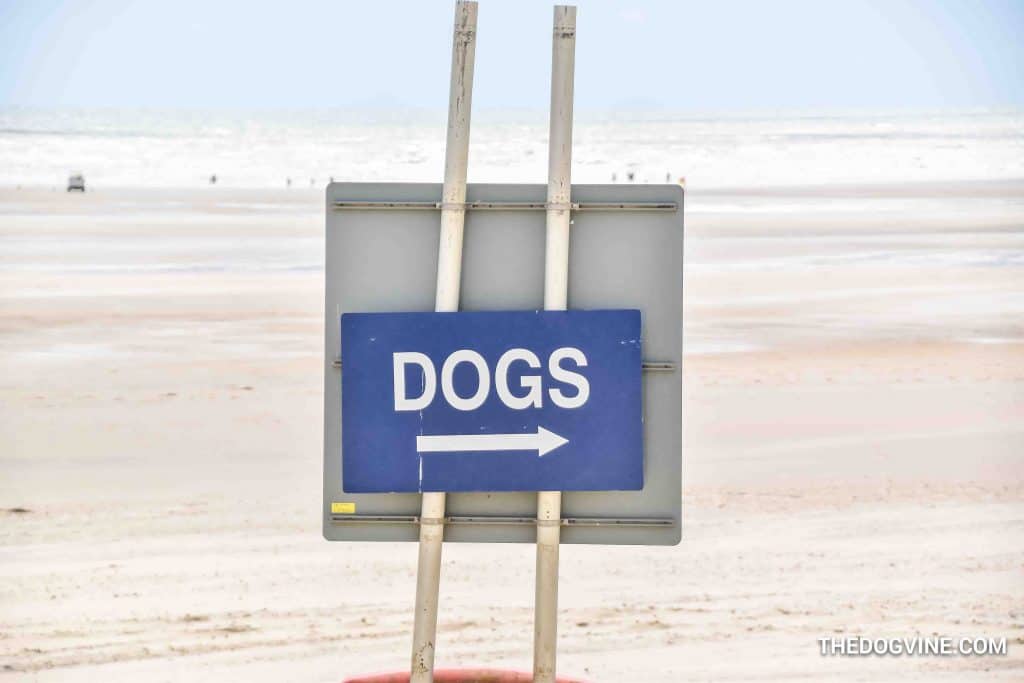 It’s still a massively long stretch even in the summer months and didn’t feel crowded at all when we went, despite being a summer Sunday afternoon. This makes it perfect for a leisurely stroll or letting the dogs run free. 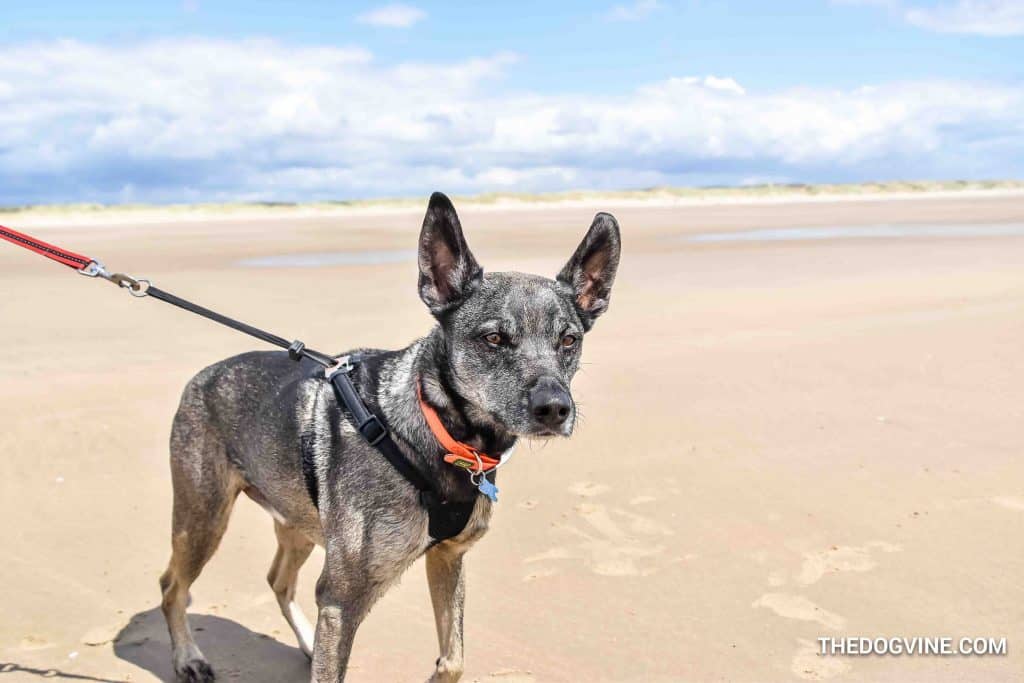 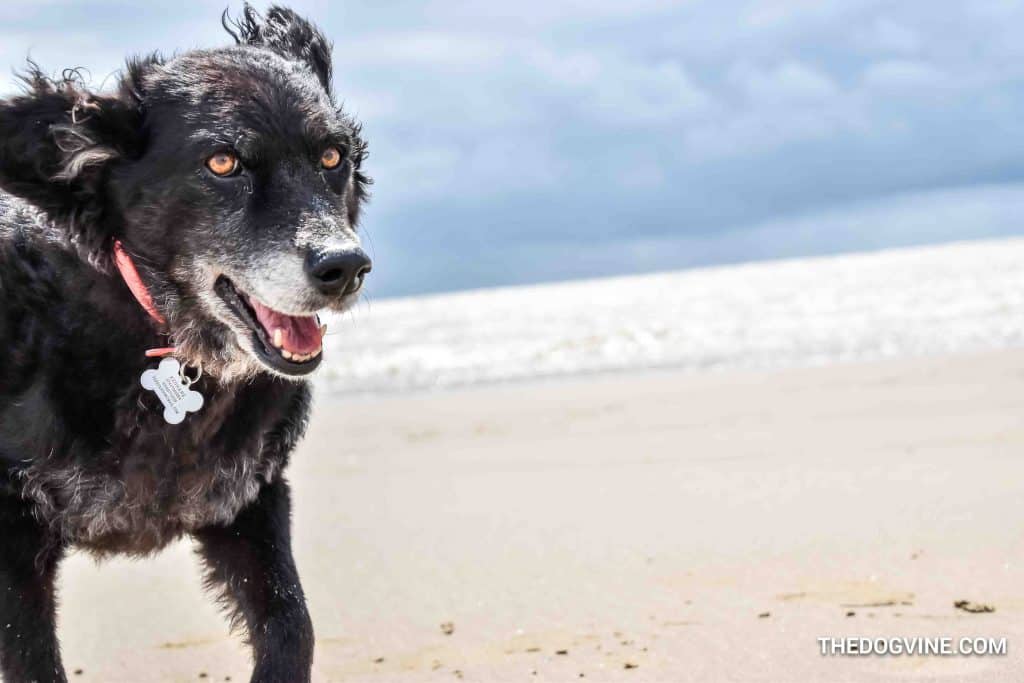 By Train: Trains from London St Pancras to Rye take just over an hour with one change at Ashford International. Once at Rye, take the Wave 102 bus to Pontins then it’s a few minutes walk from there. The whole journey takes approx. 1hr 45 minutes.

By Car: There are three car parks for Camber Sands beach and we parked in the Western Car Park which has a large green area and toilets and water taps to clean off with or fill up water containers. See this link for more info on Camber Sands Beach car parks.

Accommodation: Our pick for where to stay if you want to make a weekend of it has to be The Gallivant. Not only is this gorgeous hotel a stones throw from the beach and sand dunes, but they love dogs and even have a ‘Dog Lovers Escape‘ package for you. An alternative as recommended by one of our readers is Jeakes House in Rye for a warm and traditional stay – something to note is that Jeakes house do have resident cats so suitable for dogs that love their four-legged counterparts. Alternatively, we stayed in a gorgeous little Airbnb in the centre of Rye  – Airbnb have a handy ‘Pets Allowed’ filter to make it easier for you.

What to Watch Out For

This might be stating the obvious but there’s a lot of sand and it gets absolutely everywhere! If there are strong winds it can get a bit chilly too. A travel water bowl for dogs and a towel for trying to get some of the sand out of their coats (and your hair) at the end of the walk is definitely recommended. 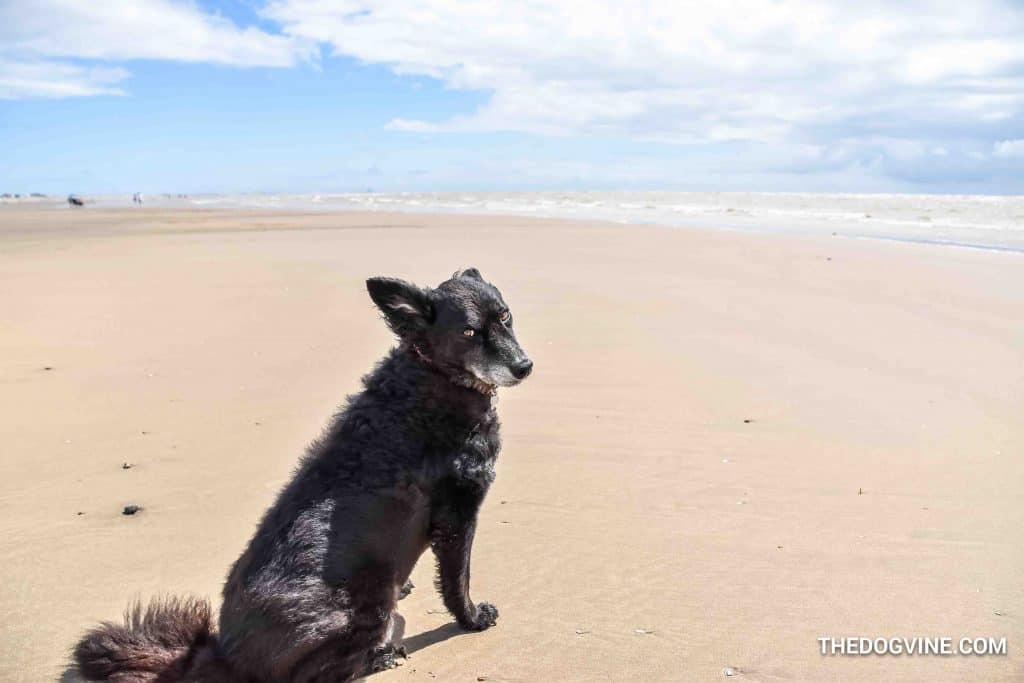 Once you’ve had your fill of the beach (and sand), head down to dog-friendly gastro pub William the Conqueror in the picturesque Rye Harbour. The food is fabulous with a greek / mediterranean twist and the Halloumi & Veggie Tower Burger is honestly the best burger I have had as a vegetarian in a long time. Dogs are welcome inside and out.

Of course even if you’re not staying at The Gallivant, you can always pop in for something to eat too, especially as it’s so close to the beach. Dogs are welcome to join you for lunch or dinner on the gorgeous outside terrace.

Of course it would be a shame to come down to Camber Sands and not visit the picturesque village of Rye with windy cobbled streets and an old village feel. If needing to pick up some essentials for your four-legged friend whilst there, there are two pet shops in town and we popped in to both. We were incredibly impressed with Paws n Claws Rye who go out of their way to stock some of the best pet brands on the market and definitely have an eye for upcoming and ethical brands.

For humans, if vintage and quirky is your thing, then make sure to pop into Lola & Sidney who recently moved from London to Rye. Aside from yummy doggy treats from Wellybix and Snuffle dog beer, they often have the most unique finds – look out for the colourful resin dogs which we loved! 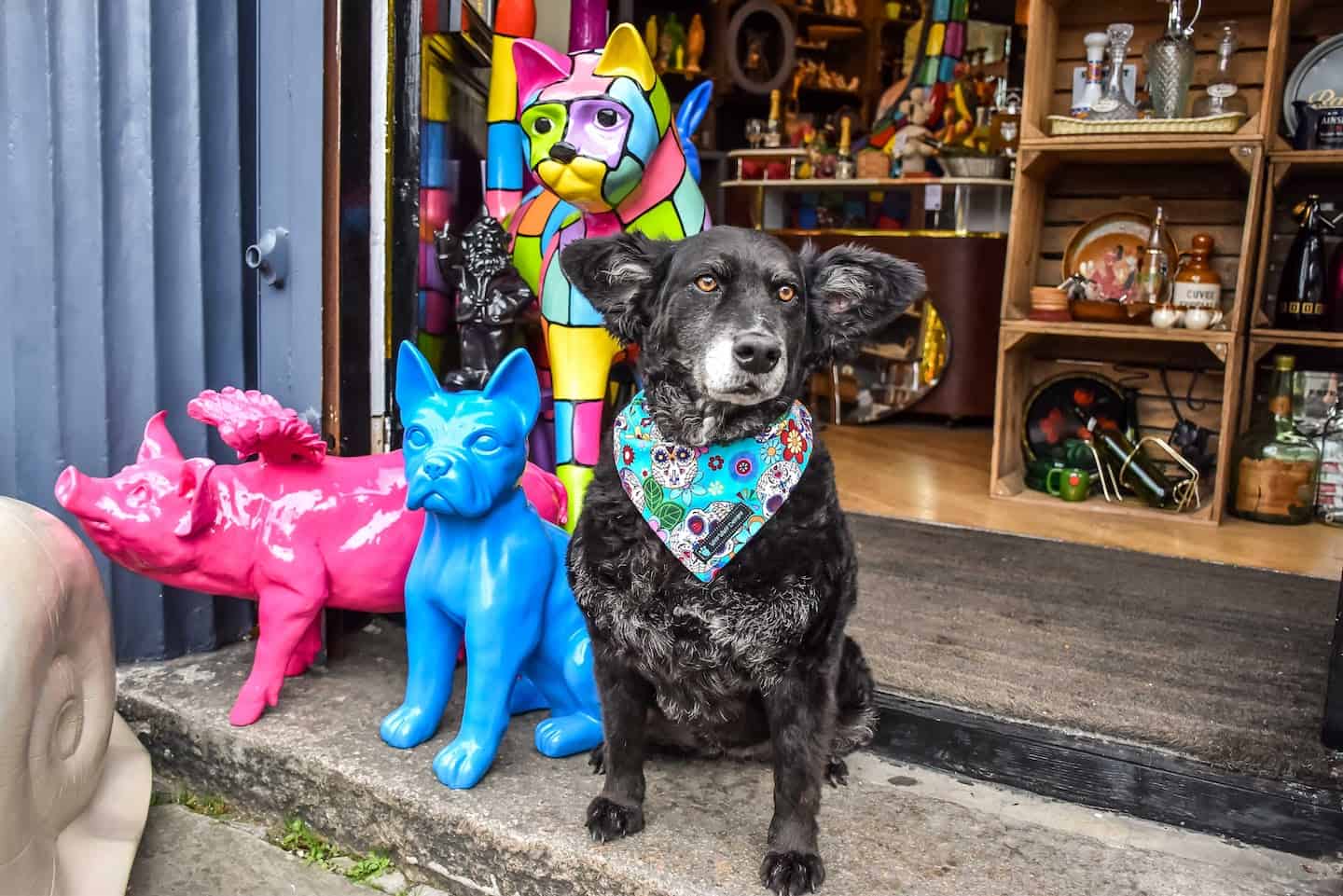 We also discovered a rather unique shop…Knoops who have a vast menu of hot chocolate and chocolate milkshakes with various strengths and types of chocolate on offer. We tried the milkshakes and they were to die for so highly recommended. Knoops is dog-friendly but dogs should definitely not sample the menu!

We had a wooferful day out at Camber Sands so it definitely makes our list for a pawsome dogs day out from London. 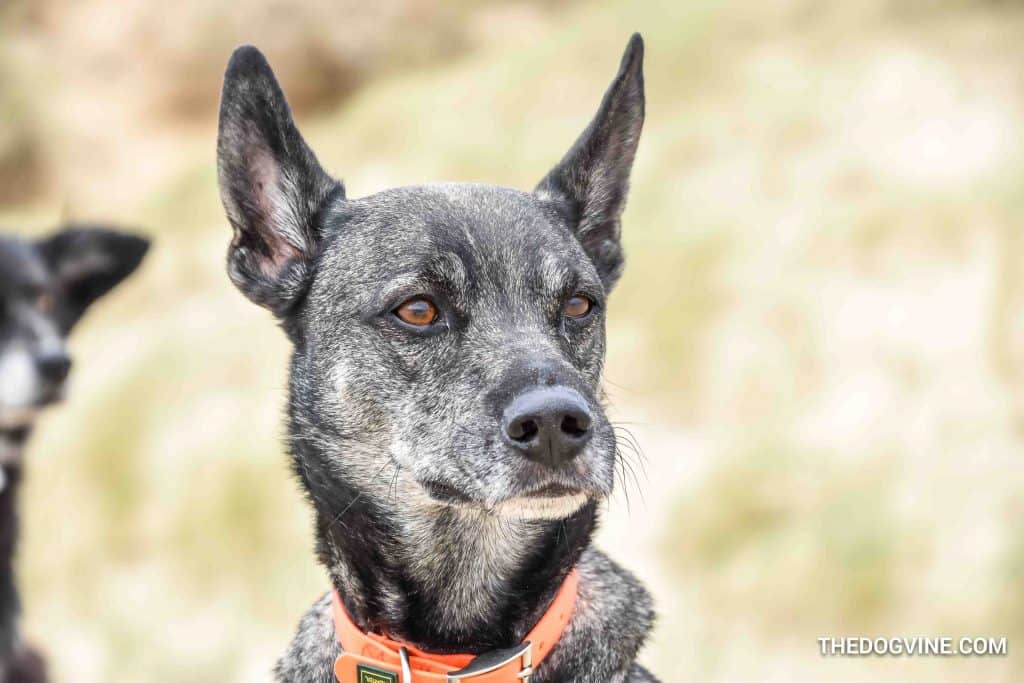 Looking for more dog-friendly beach inspiration? Then why not check out our guide to the ‘Best Dog-friendly Beaches in West Sussex‘ 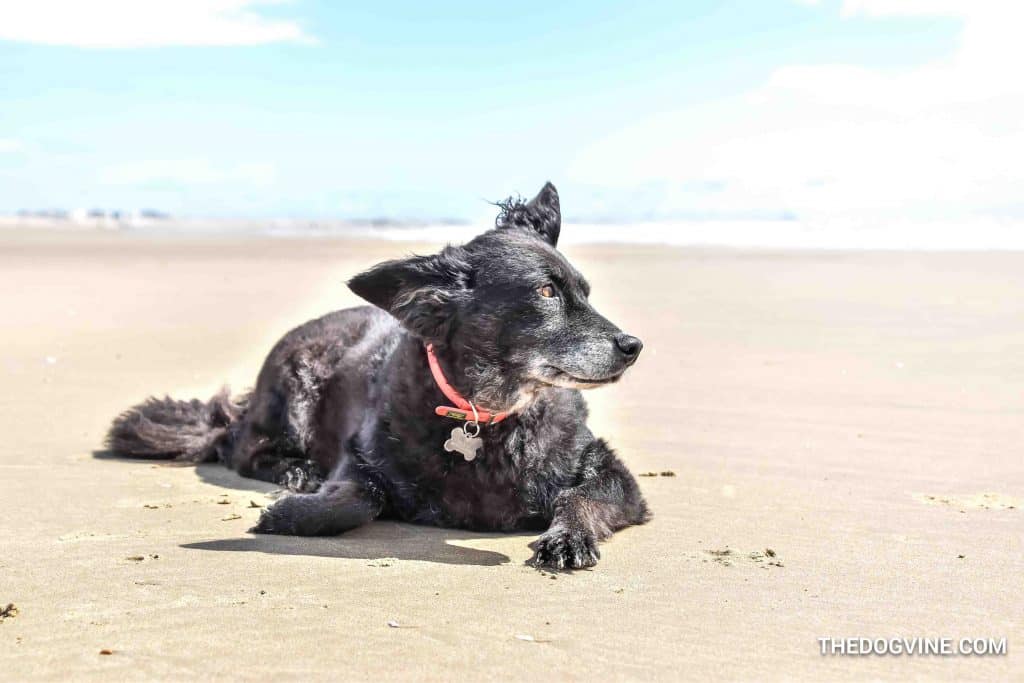