I’d heard about Freshpet food a while back from our US blogging buddies across the pond and always thought it was a great concept. So when I heard Freshpet had made it’s way to the UK it was a paws up to seeing what it’s all about from us! Belinha and Moleque were MORE than happy to participate in our Freshpet food test…. 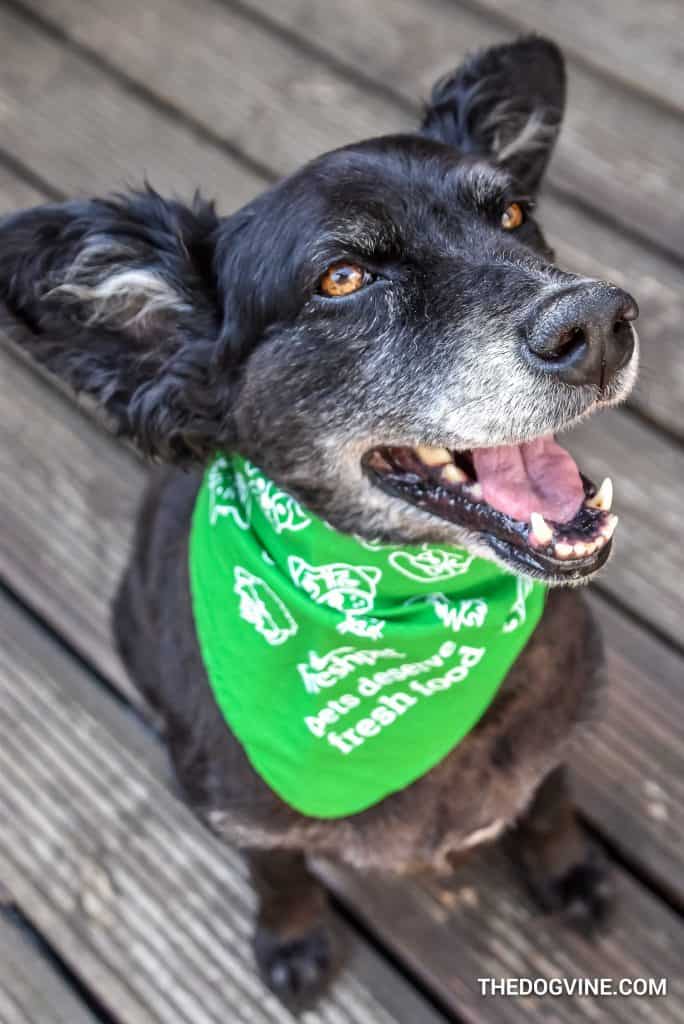 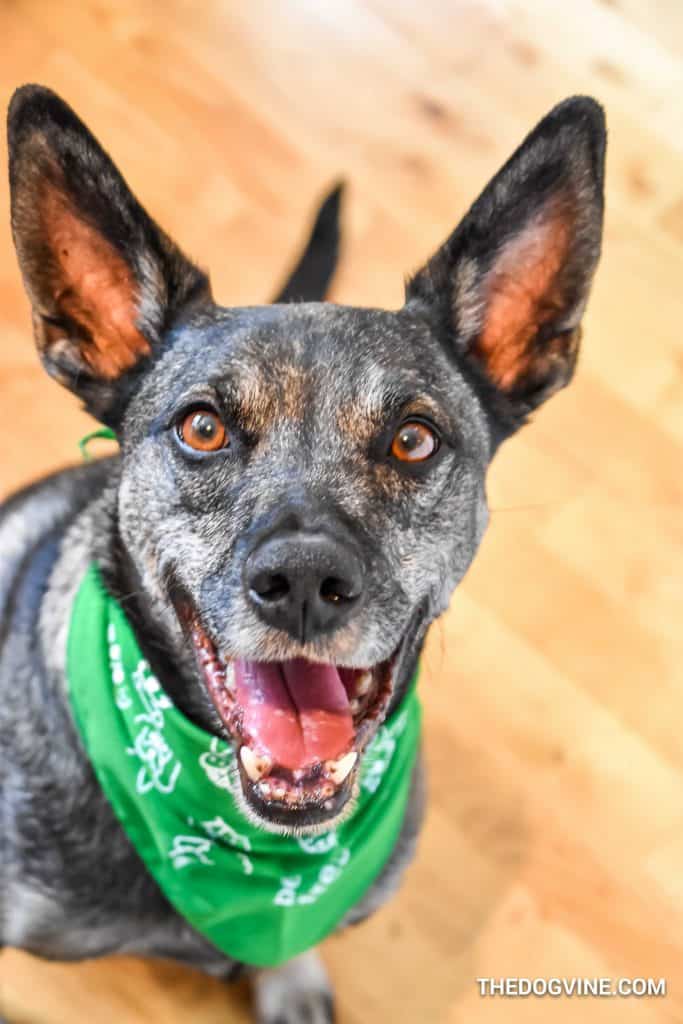 So What is Freshpet Food?

Freshpet food is all about feeding your dog (or cat) a healthier, fresher diet but balancing this with convenience. It’s fresh meat, poultry and vegetable based food that is cooked (gently steamed) and is an all natural (i.e. no preservatives), complete and balanced diet, free of corn, wheat, soy by-products or fillers. Now science is not my strong point, so I was a bit puzzled about how long the food would last if it was fresh. Well, first of all it’s refrigerated so you would find it in the fridge in the pet aisle at Tesco and you store it in the fridge at home. Plus it’s actually pasteurized like milk is for humans which means as long as it’s refrigerated, it does have a good shelf life (unless your dogs wolf it down of course).

Once opened it should be eaten within 7 days which is pretty reasonable. The rolls we received had use by dates well over a month ahead which was a surprise – I don’t know why but I thought it would be much sooner!

Freshpet state that the key benefits of their food are things like improved digestion, healthier skin and coat, allergy relief and a healthier weight. 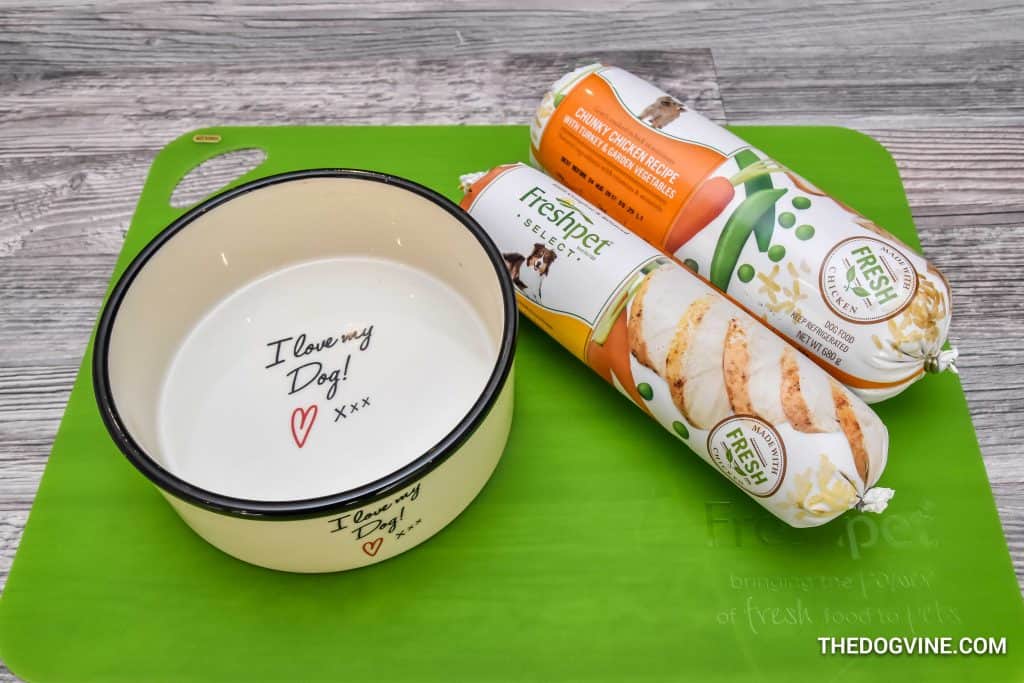 What Are The Ingredients?

They were pretty impressive actually – on the Freshpet Chicken and Potato Dog Food for example the ingredients are:

Fresh Chicken (70%), Chicken Liver (12%), Potatoes (6%), Pea Fibre, Chicken (3%), Eggs, Minerals, Spinach (0.5%), Garlic Powder and Celery Seed Powder. One thing I thought would be great to include in the range in the future would be at some organic options as I personally like to have that option.

We did a taste test of some of the Freshpet food and on first (human impressions) it actually looked and smelt like human food (think Italian sausage). As a vegetarian, I didn’t do a human taste test though! 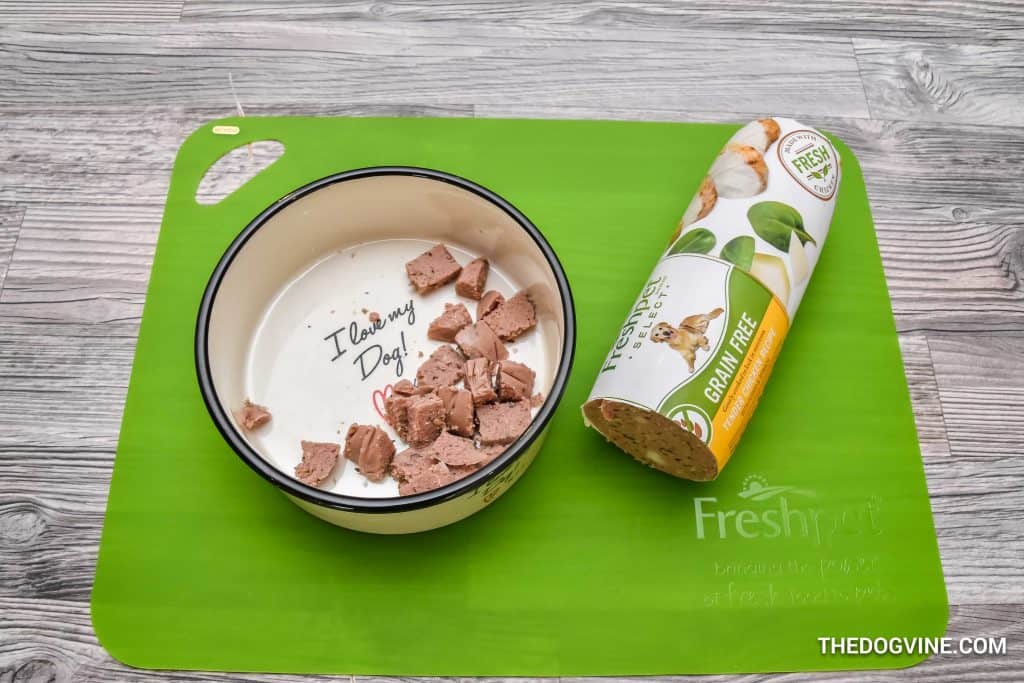 As for the dogs, the proof is in the drooling, and there was plenty of drooling! It must taste damn good as Moleque and Belinha couldn’t get enough of it! 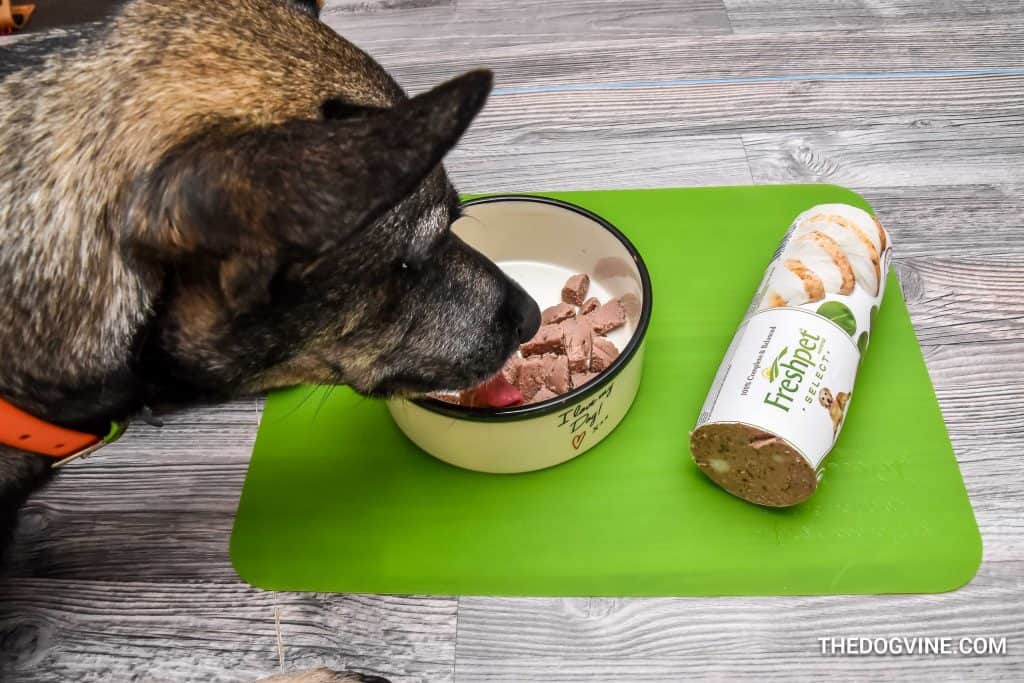 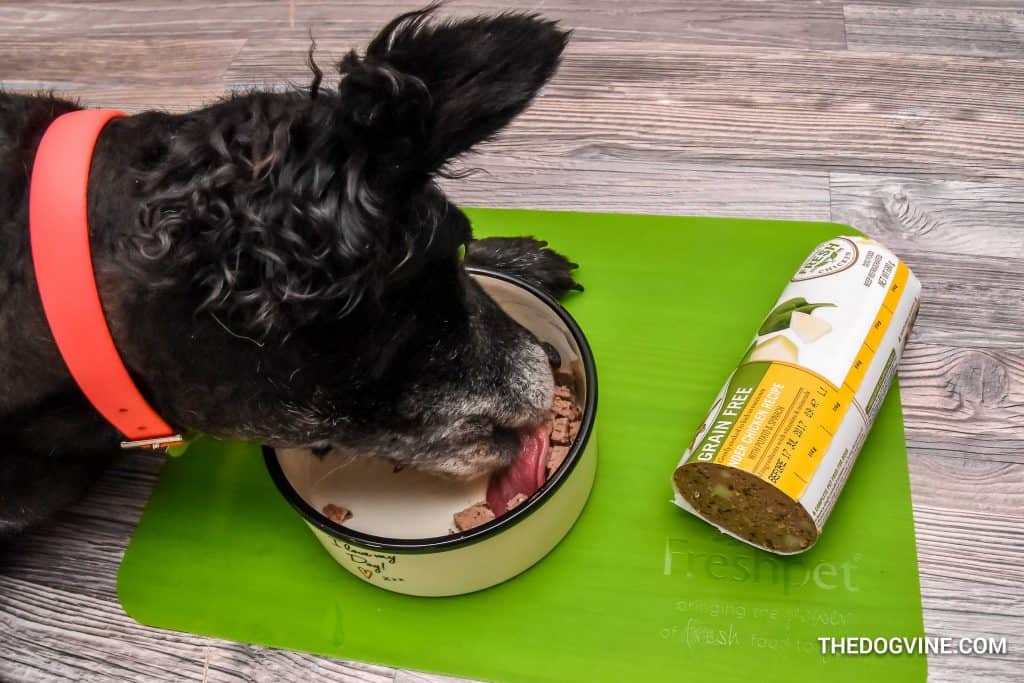 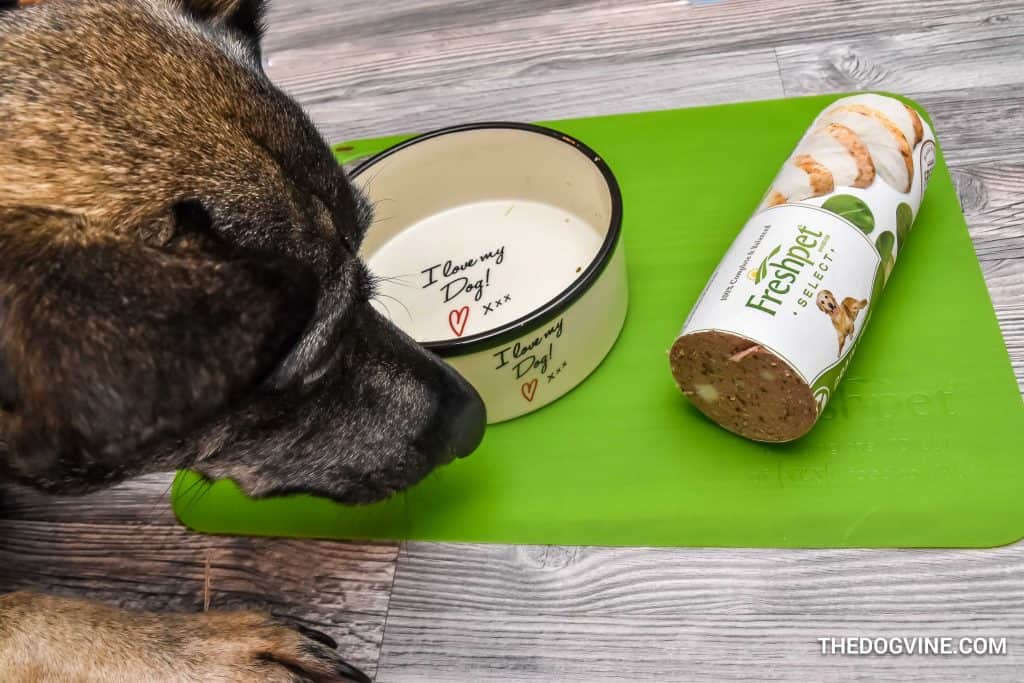 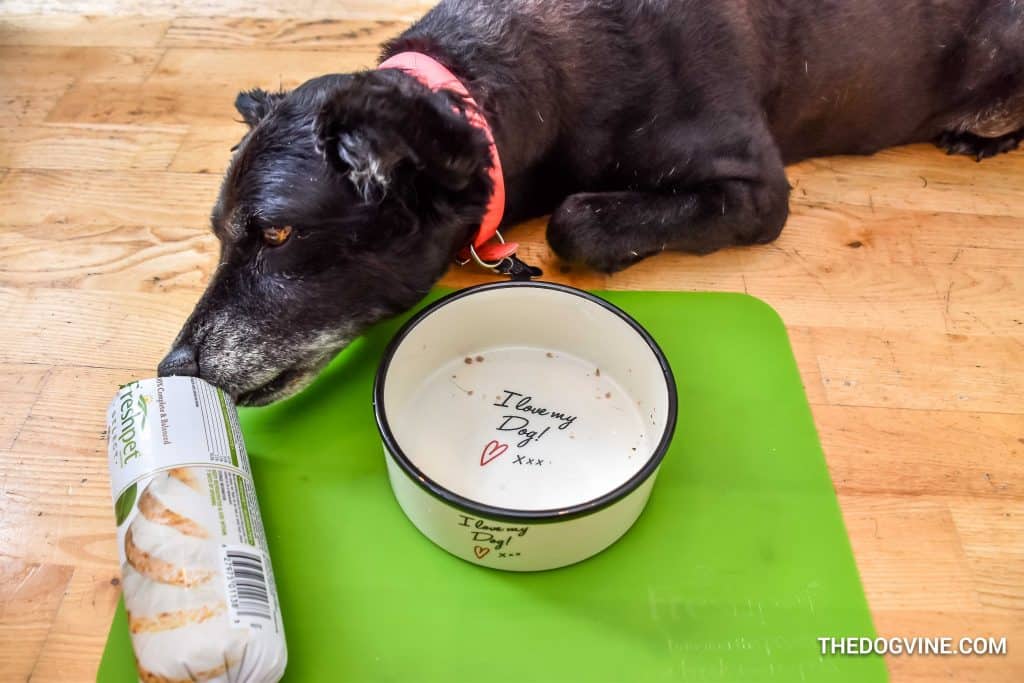 After the first tasting, I only had to take it out of the fridge and both of them would leap off the sofa ready for some more. 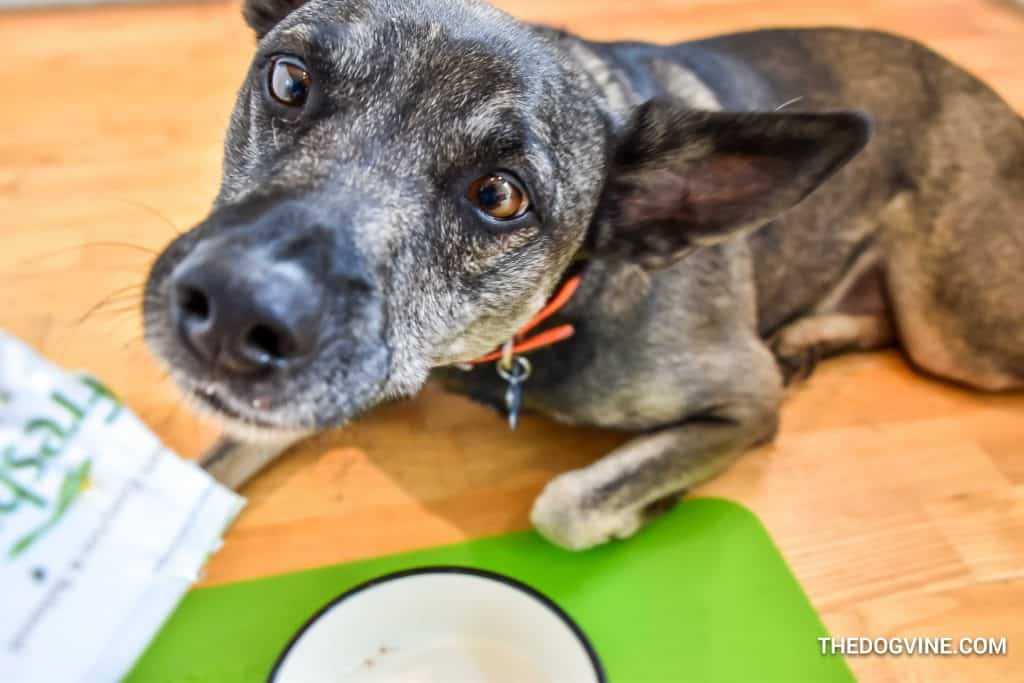 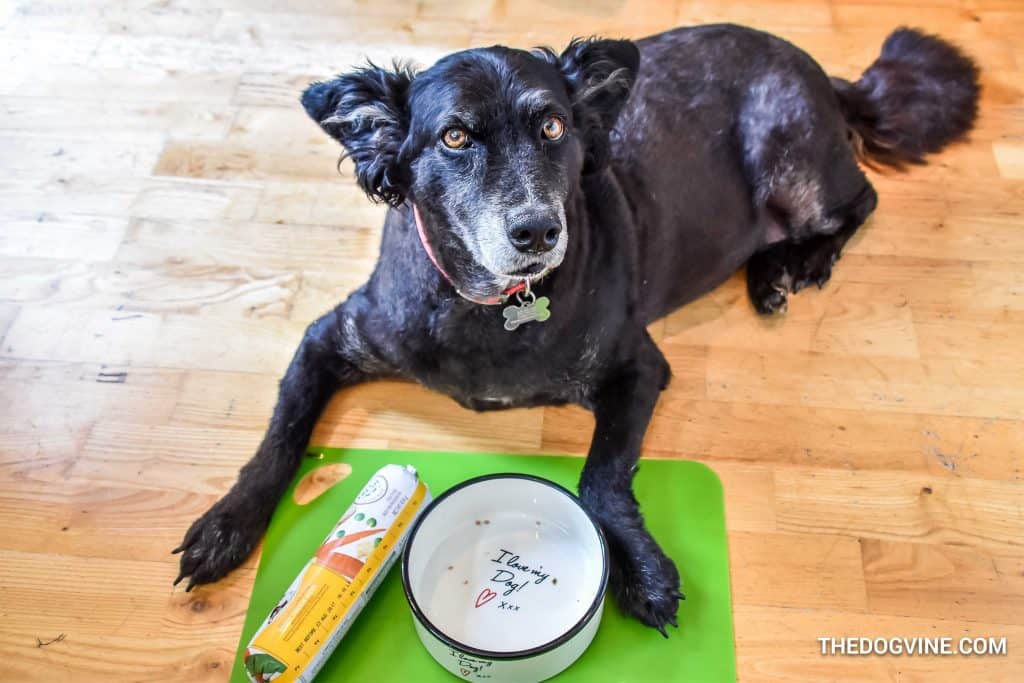 I also found it very practical – there are serving markers on the side of the roll for convenience (114g) and it’s easy to chop up and mix in with dry dog food or as a complete meal. Packaging it in a roll is something different too. 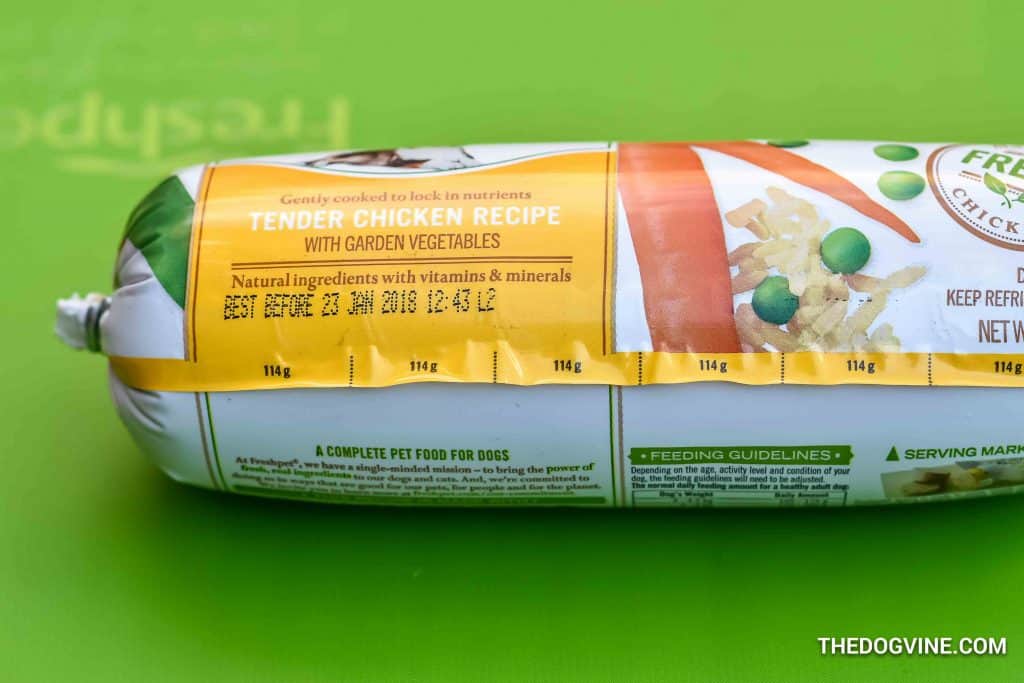 What I Liked About It

Well aside from the Freshpet food definitely passing the taste test and winning on the practical factor, the other thing that I really like about this brand is the work Freshpet do to support shelters – since starting in the US ten years ago, Freshpet have donated 2 million+ meals to shelter dogs which is phenomenal. Now Freshpet have come to the UK they’re spreading the love to UK shelters too with well-deserving organisations like Many Tears Animal Rescue, Feline Care UK and Forest Lodge Kennels already benefitting.

As we did a taste test review (rather than a full review over an extended period of time which I tend not to do with dog food as I like to keep Belinha and Moleque’s diet consistent), it wouldn’t be fair to comment on the longer term benefits you would hope to see from feeding your dog Freshpet but it looks very promising!

Where Can You Buy FreshPet Food?

Freshpet has hit the shelves at Tesco who are the first UK supermarket to stock Freshpet food and for dogs, it comes in the following flavours and sizes: 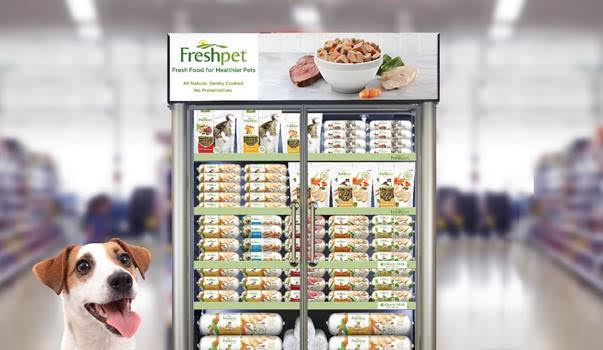 Freshpet has just launched the UK’s first fresh and refrigerated turkey bacon treats for dogs which will also soon be available in Tesco. The Dog Joy Turkey Bacon for Dogs Treats go on sale at the beginning of December, just in time to give your pup a tasty Christmas treat. The Dog Joy Turkey Bacon treats are strips of naturally wood-smoked turkey bacon that look and smell like human turkey bacon. They are free from corn, wheat, soy by-products and fillers, are hypoallergenic and contain no rendered meats, artificial flavourings, sweeteners or preservatives.  Available exclusively at Tesco,  you can get your paws on a pack of Freshpet Dog Joy Turkey & Bacon for just £3.99. 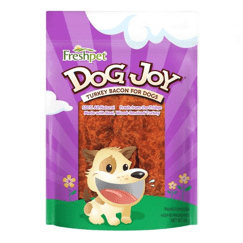 Giveaway Alert – Would You Like to Try Freshpet For Your Dog?!

We’ve partnered with Freshpet to offer SIX of our lucky followers the chance to win some Freshpet food for their dogs with a pawtastic Freshpet Goody Bag worth £15. The Goody Bag itself is fantastic (it’s a cooler bag) and inside there will be two rolls of Freshpet food, a Freshpet Bandana, frisbee and chopping board! 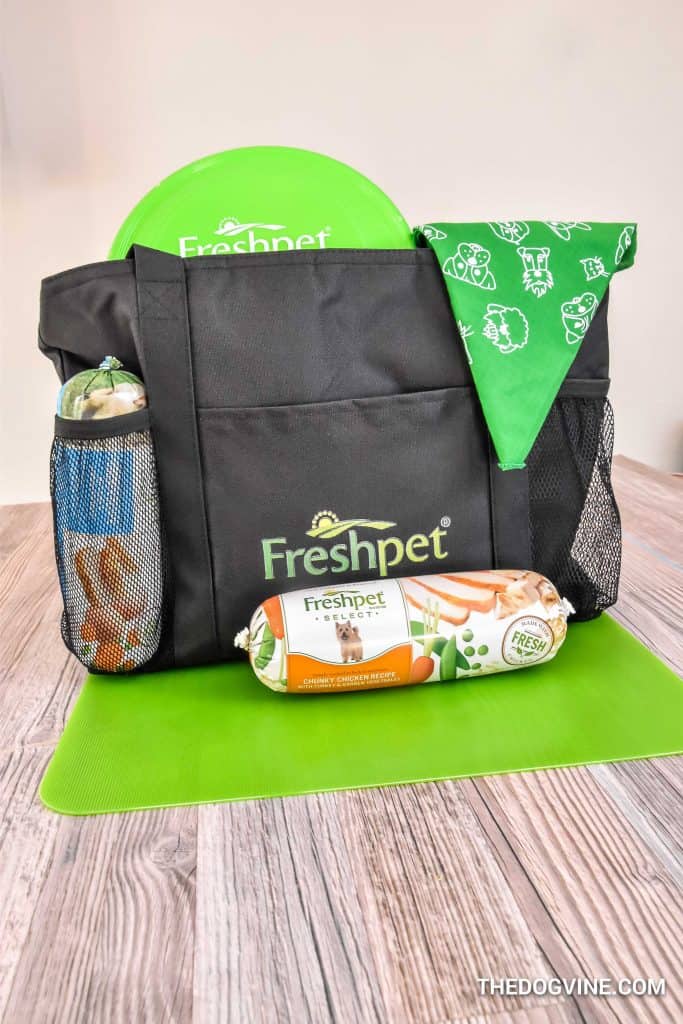 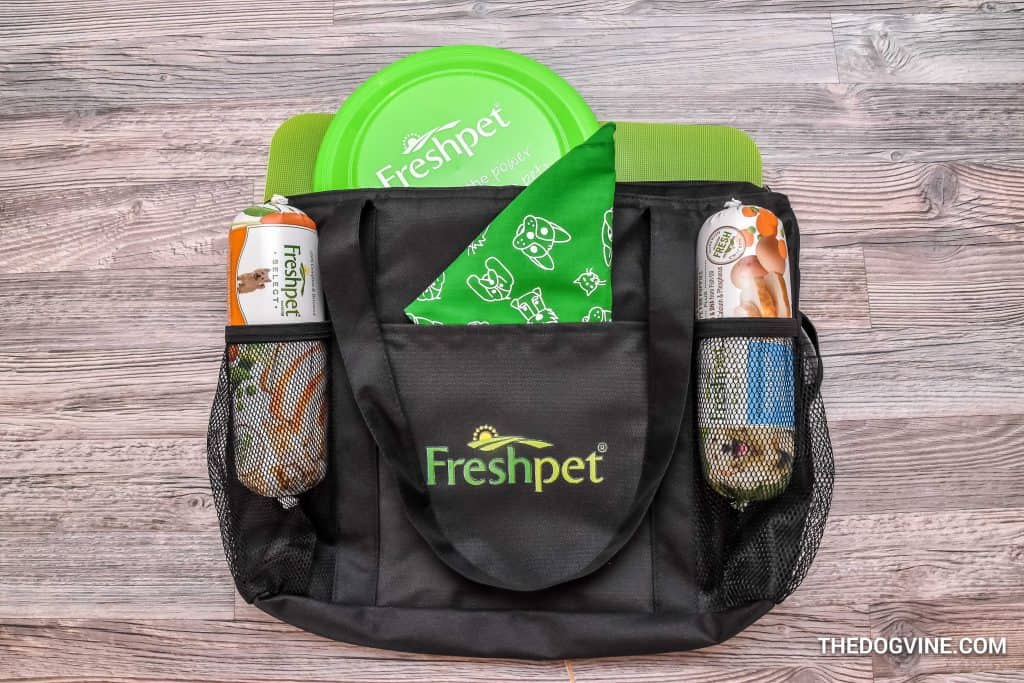 Disclaimer: Freshpet were kind enough to send us some Freshpet food to try out but this is an honest independent review – we only write about products we genuinely like and believe in. 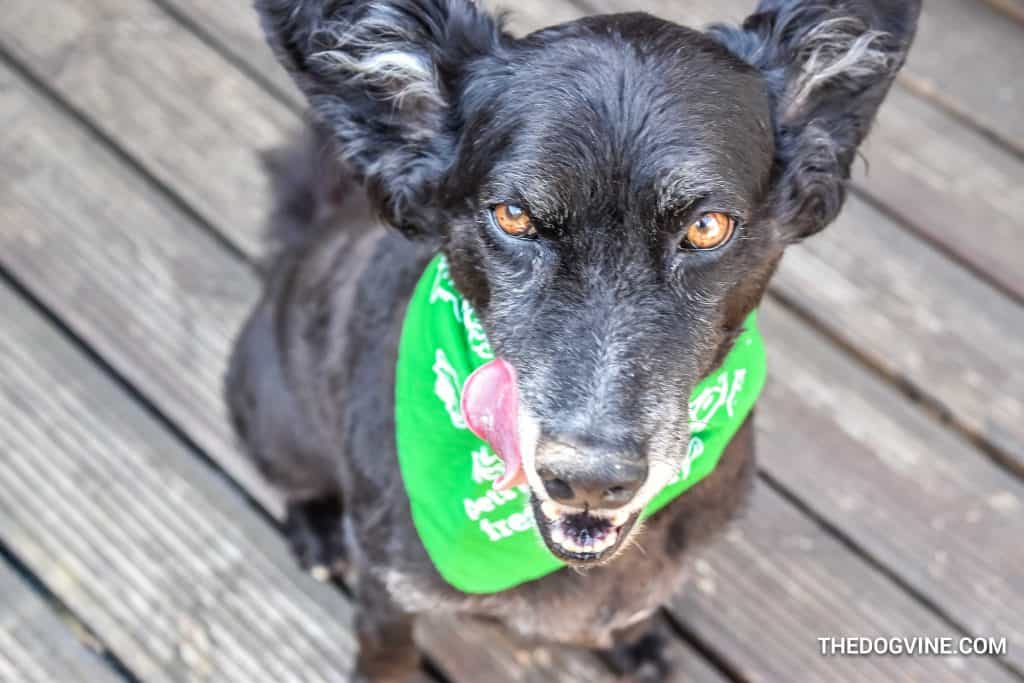