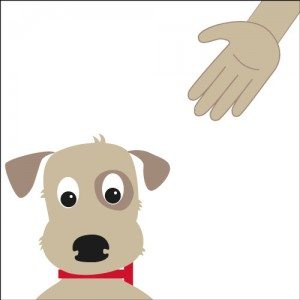 The Doddle For Dogs was created by Sally Pattie who with three dogs, was forever putting on and off their dog leads depending on where they were. And as anyone with multiple dogs knows, leads off means always having to have big pockets to carry the leads, and when it’s time to put them back on, it’s often a jumble of dogs, leads and ‘ damn, where did I put the other lead’ mutterings. 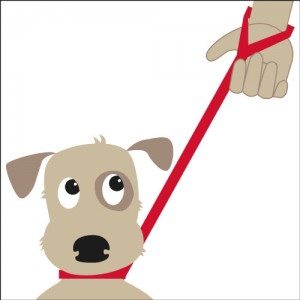 In fact, I’ll never forget early one Autumn evening when I took off the leads off Belinha and Moleque to throw the ball, put them down on the ground and only when it had got too dark to see anything, realised that I was no longer standing next to the leads. An hour later with the help of some random passer by, our phone torches and lots of apologies from me for disrupting his walk home, the leads were found…phew. Of course, the whole time I had been working myself into a ‘how am I going to get through the walk home with no leads, two dogs and a several busy roads to cross frenzy’. Oh if only I had known about the Doddle…

So How Does The Doddle For Dogs Work

Quite simply, the Doddle for Dogs is a dog collar with a built in retractable dog lead. The lead is housed in a little pod and springs in and out as needed, extending up to 1m. It also has a loop on the end as the handle. 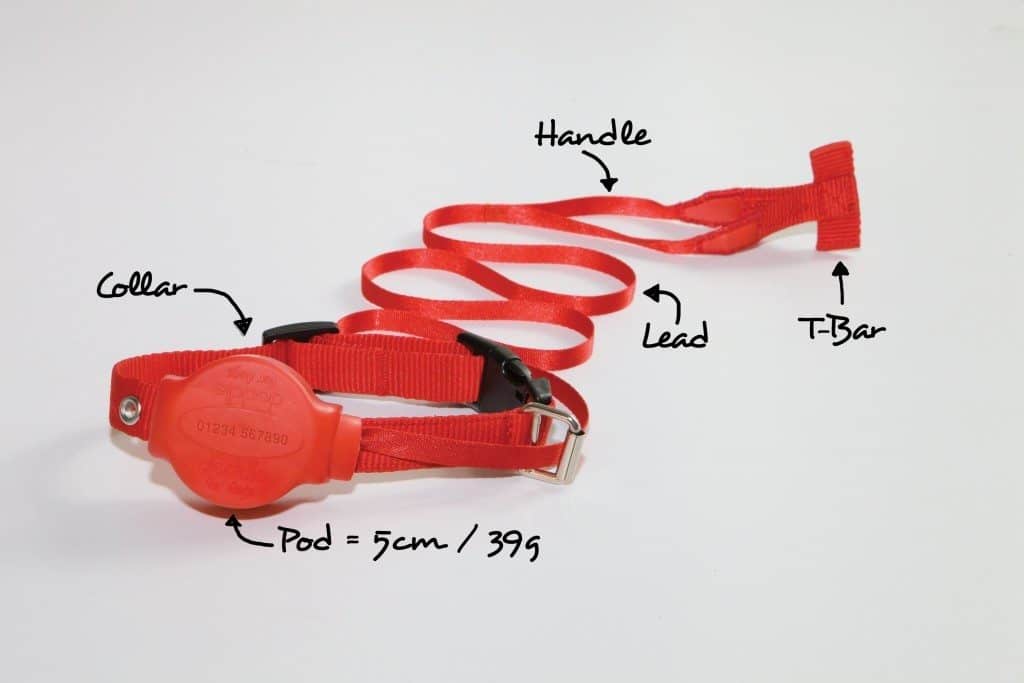 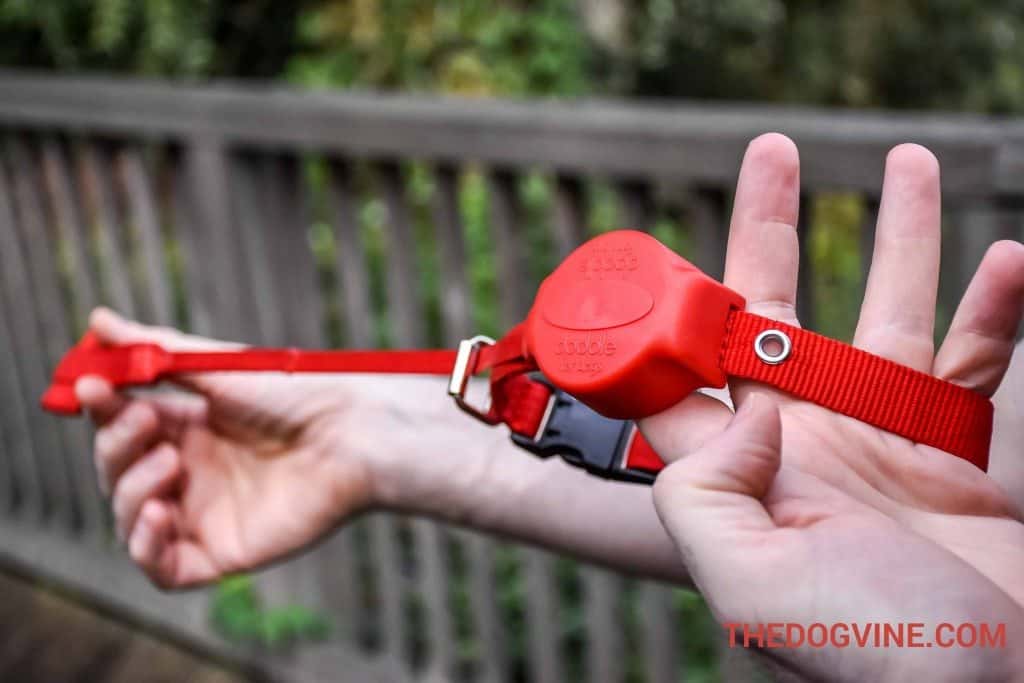 So What Did We Think Of The Doddle For Dogs?

The design is compact, lightweight and stylish – the dogs didn’t even notice they had anything on and it looks good too. In fact the weight of the Doddle (pod and lead together) is just 39 grams – the equivalent of two dishwasher tablets and the pod is 5cm in diameter. 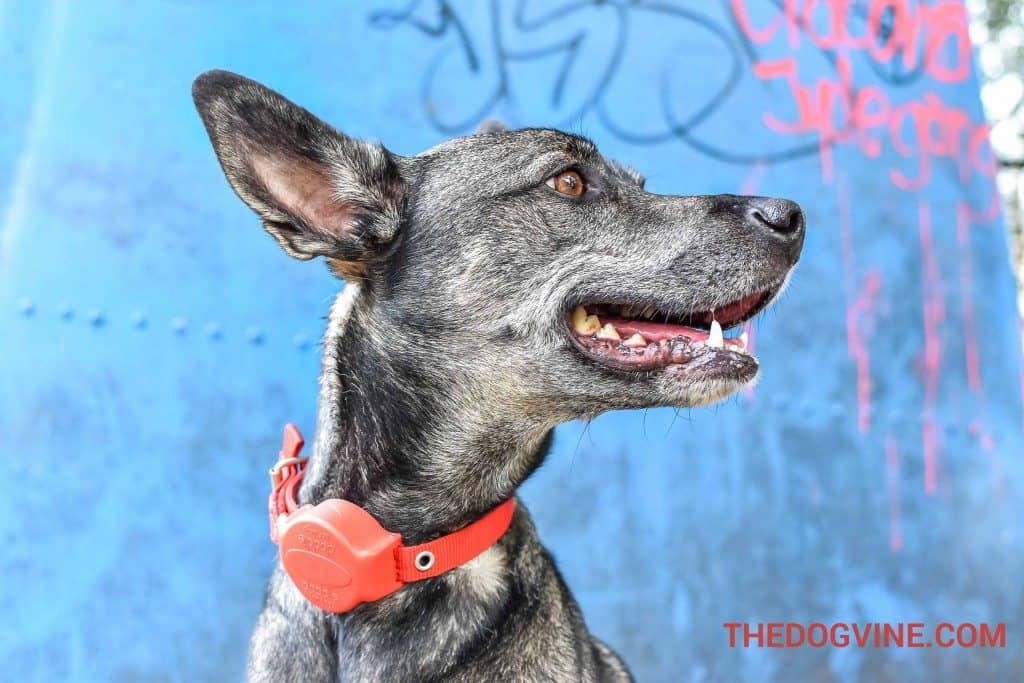 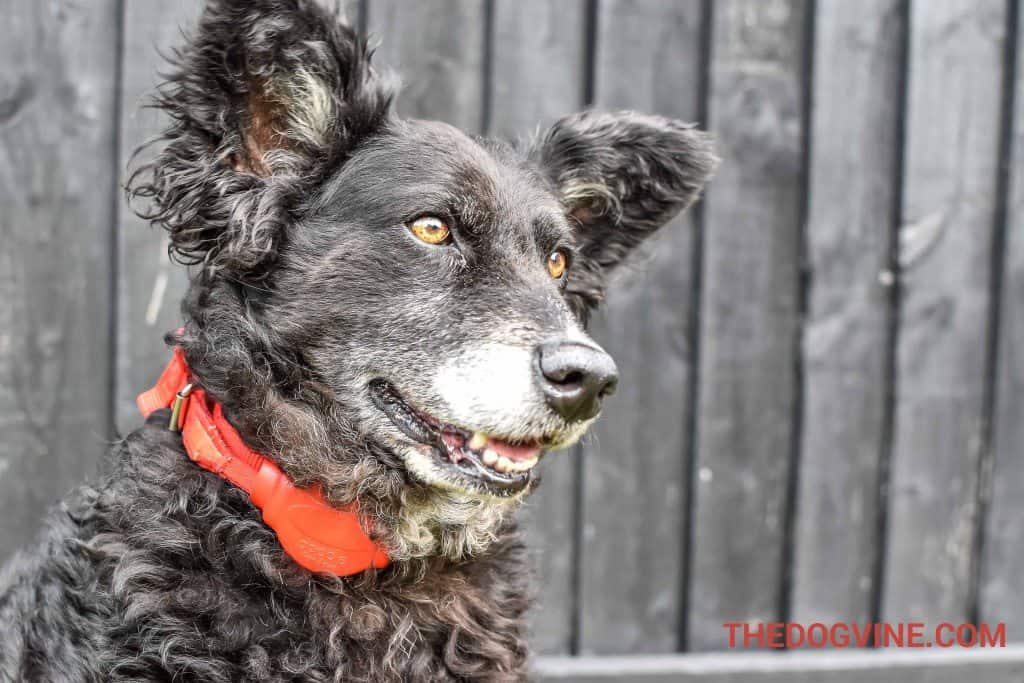 The Doddle ticks all the boxes for a hassle free dog walk. It was so nice to be able just let the lead go and pick it up again when needed. No more lost lead moments! The Doddle is also waterproof which is great for those unexpected dives into the river Moleque likes to spring on me. I can also imagine that for people that like to run with their dogs this would be perfect as it’s just let it go and grab again when needed and nothing to carry and weigh you down on the run. 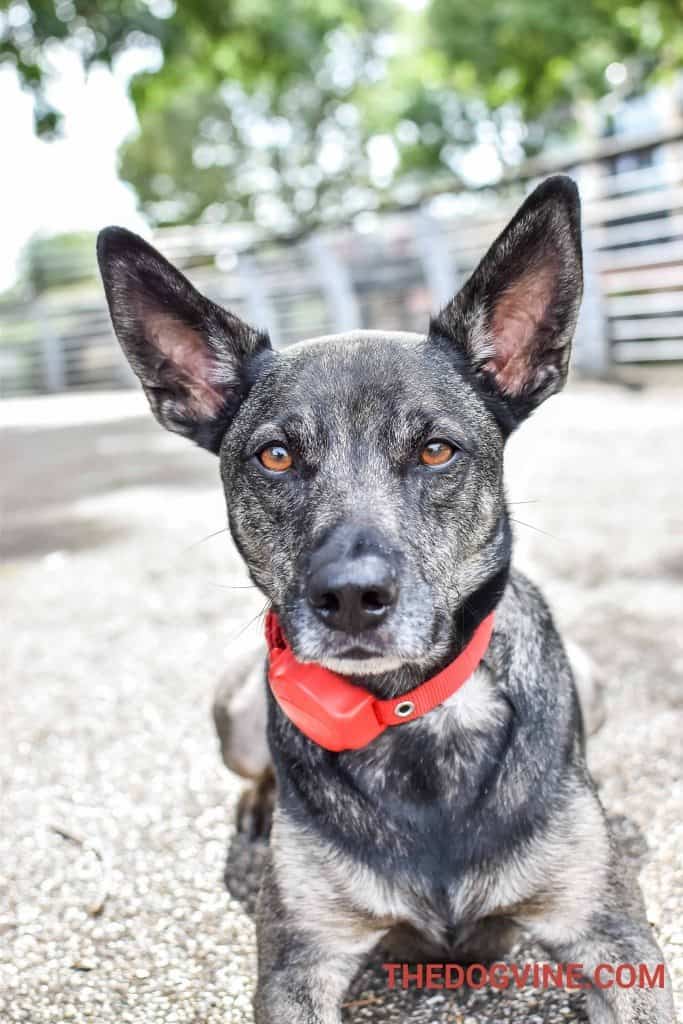 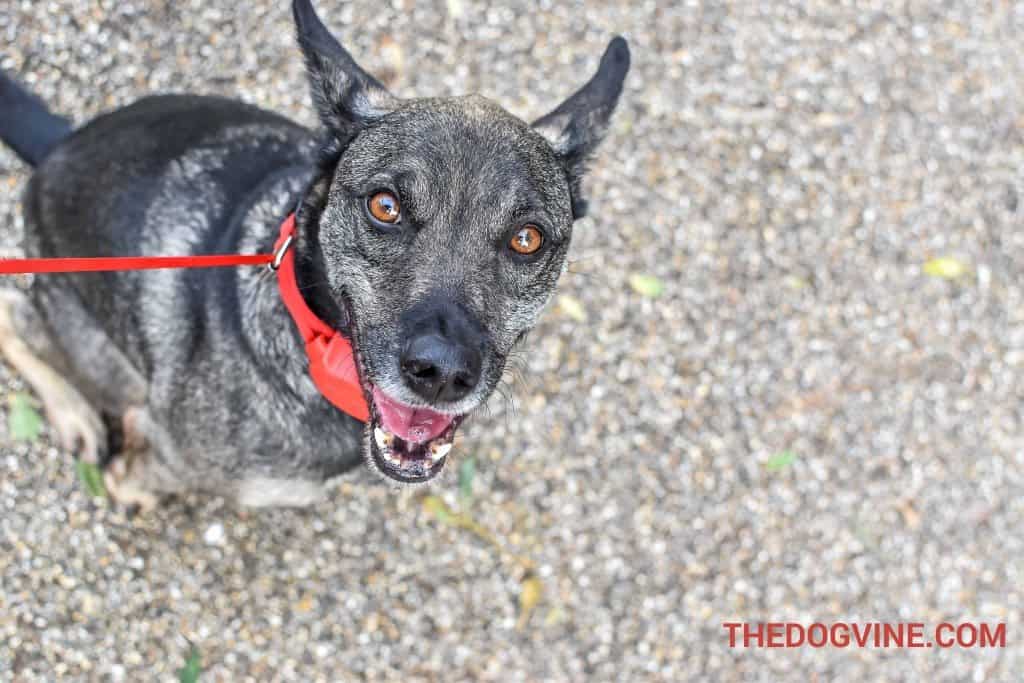 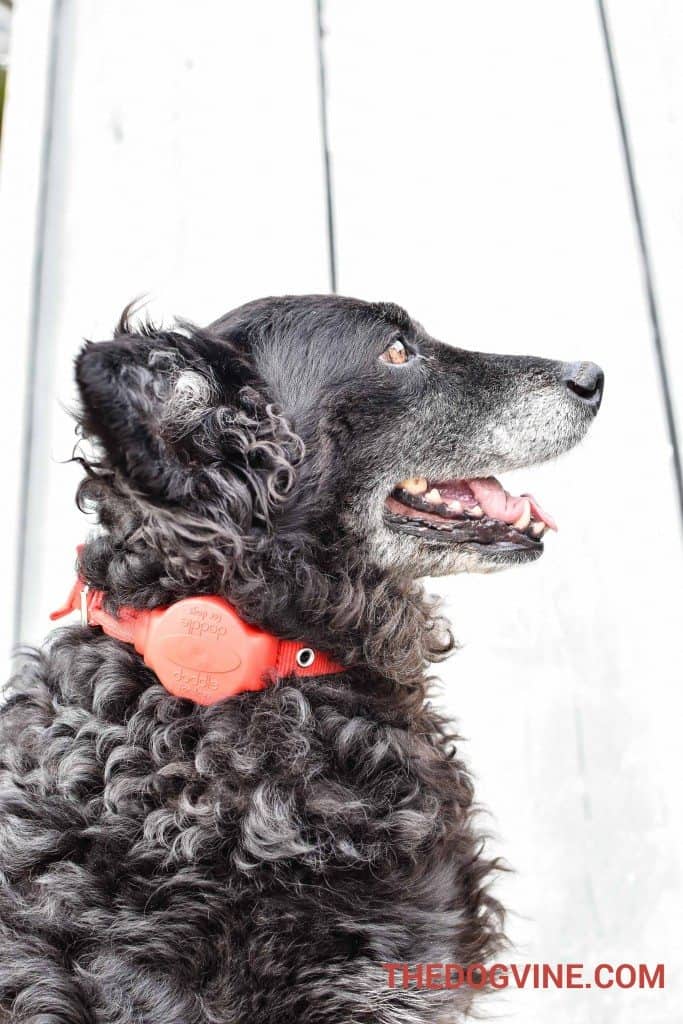 I did have a slight concern when I first starting using the Doddle if it would be strong enough to hold my dogs. It says on the website that the Doddle is guaranteed for dogs weighing up to 25kg. Mine way 17Kg and 19 Kg but when they decide they want to pull ahead, it often feels like a lot more! According to the Doddle website, it can be worn by dogs heavier than 27Kg as long they don’t pull but it’s just not guaranteed for these dogs.

Well, the Doddle was surprisingly sturdy. Even when my dogs decided to pull, it was able to cope and is still going strong. In fact,  the Doddle makes me feel safer on a dog walk as if for some reason I need to get my dog on the lead quickly there’s no more time lost fumbling for the lead or where to clip it on. 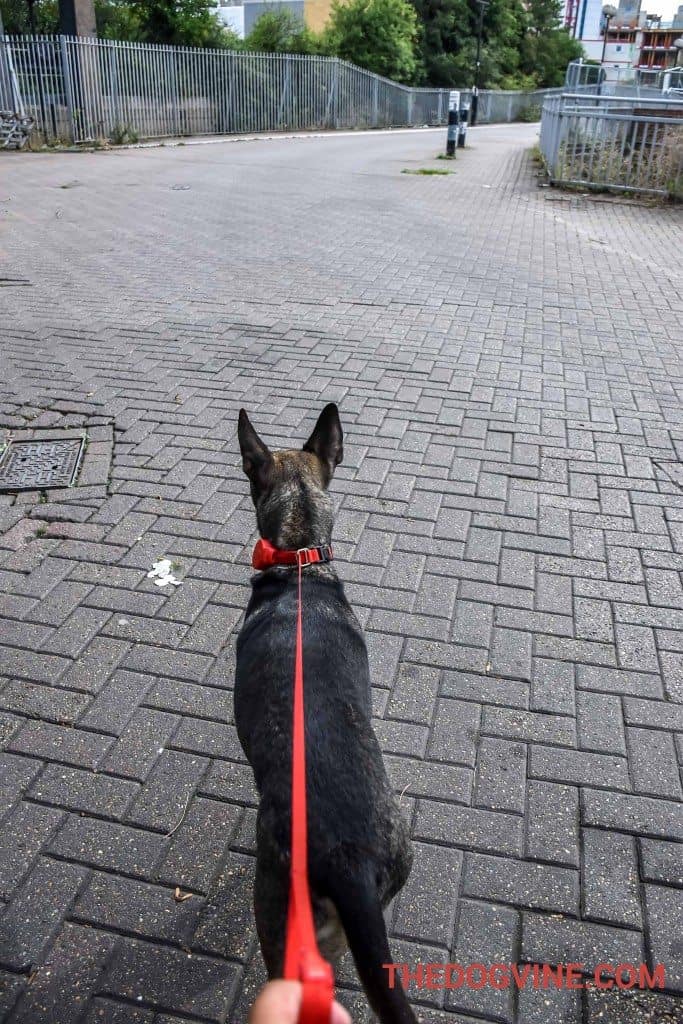 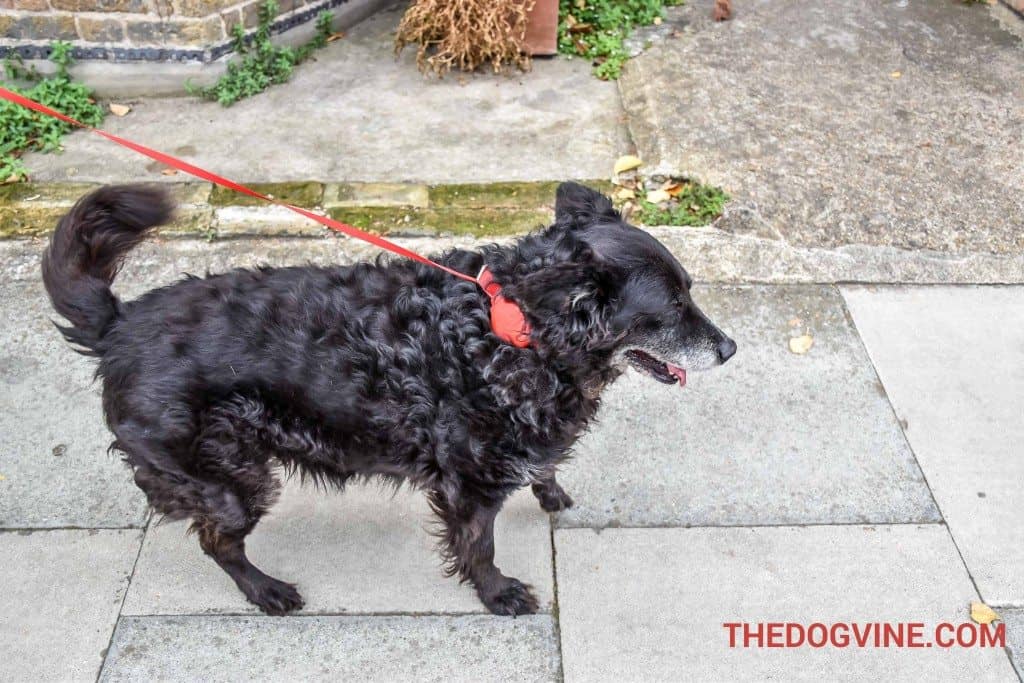 I’m talking about comfort for the humans here. It does take a while to get used to the thin lead and loop but once you do it’s fine. Would I like it if the lead was thicker, probably but I think that’s just because it’s what I’ve been used to. The Doddle lead needs to be slim to retract back into the pod so I’ll take the convenience factor over a thicker lead. 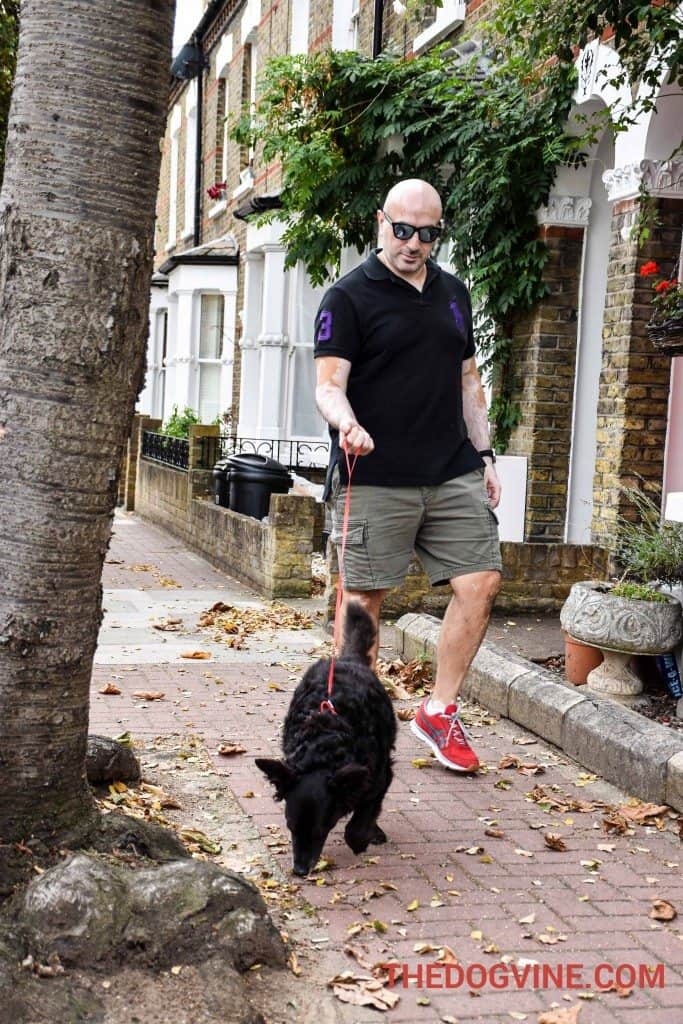 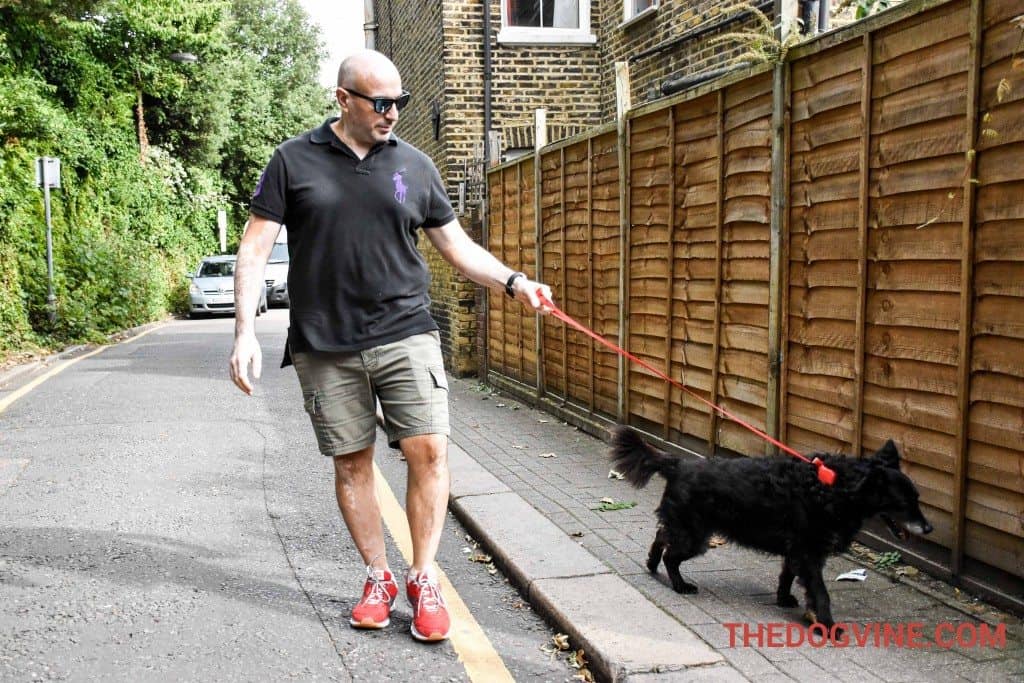 The Doddle is really good value at £24.00 especially as you’re getting a collar and a lead in one. As for the benefits of hassle free dog walks and no more lost leads or looking like an idiot dog owner, as Mastercard would say…‘PRICELESS’. 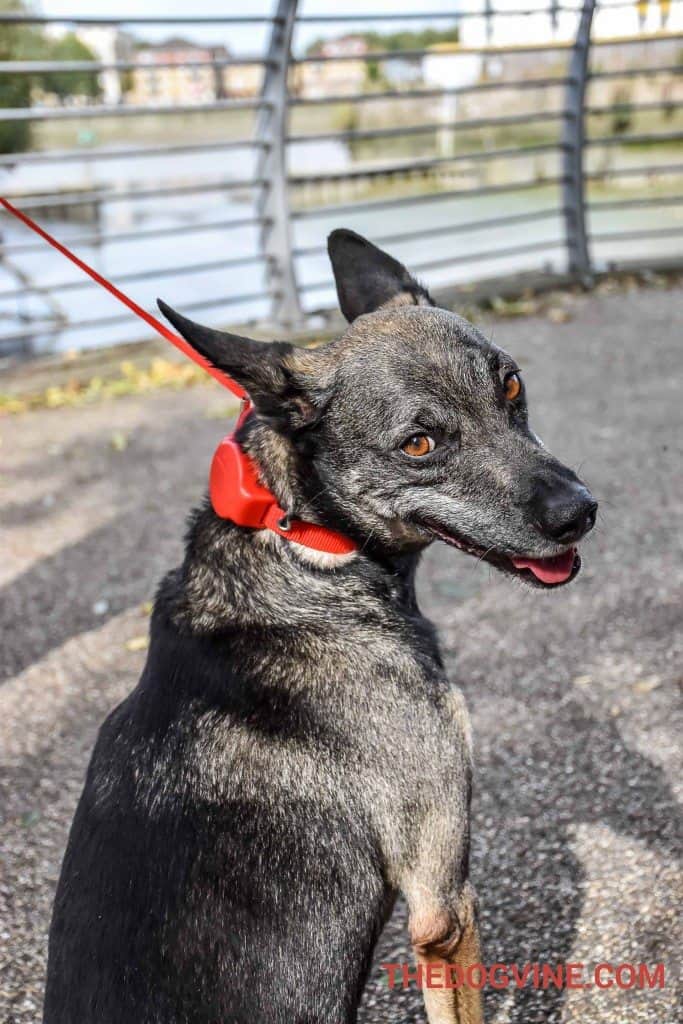 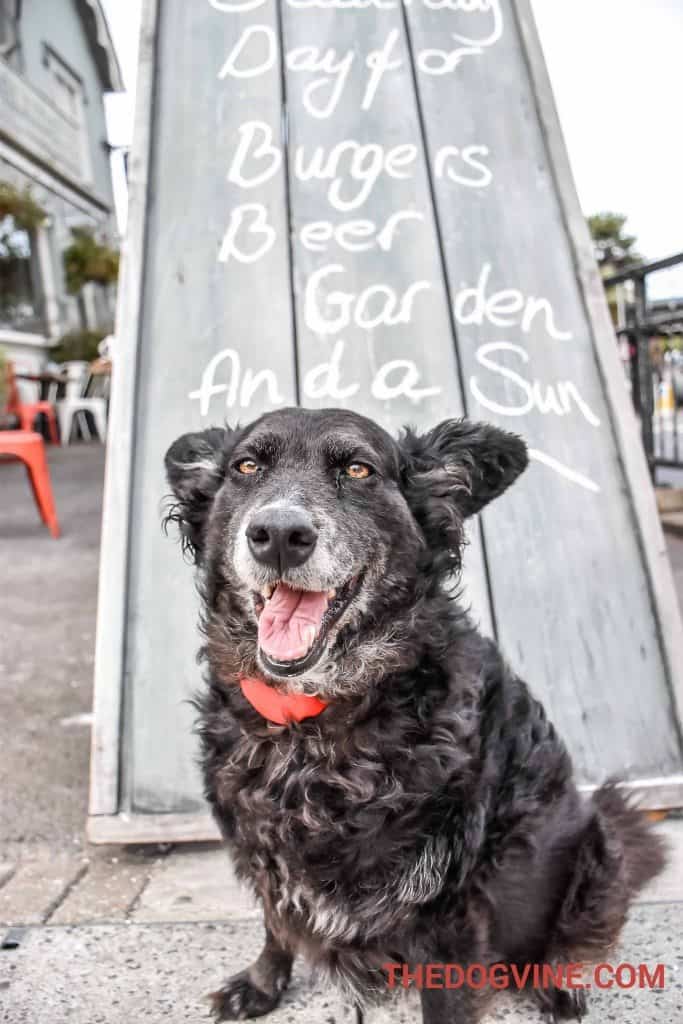 The Doddle comes in two sizes and is available to buy from: Doddle For Dogs. There is also a version available for harnesses.

Disclaimer: We received a complimentary Doddle For Dogs to review but this is an honest independent review – we only write about products we genuinely like and believe in.