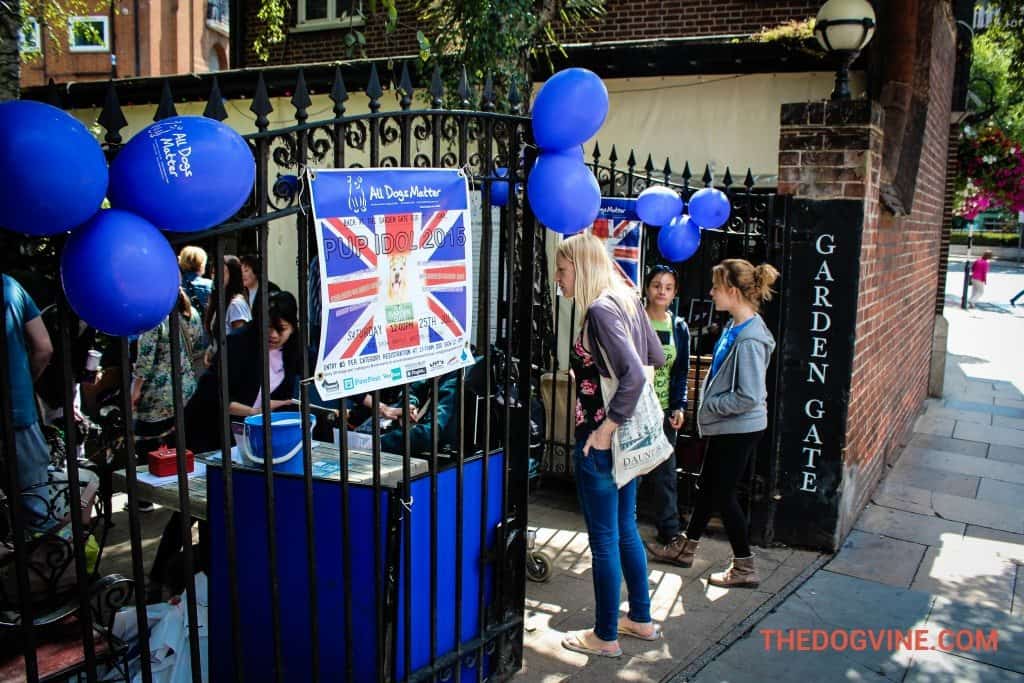 The sun came out yesterday just in time for London’s pooches (and The Dogvine’s Belinha) to take to the canine catwalk in a bid to win one of the coveted PupStar prizes at ‘PupIdol 2015‘. Back for it’s sixth year, PupIdol 2015 took place at the jam-packed Garden Gate Pub in Hampstead, raising money for London Dog Rescue & Rehoming Charity – All Dogs Matter. 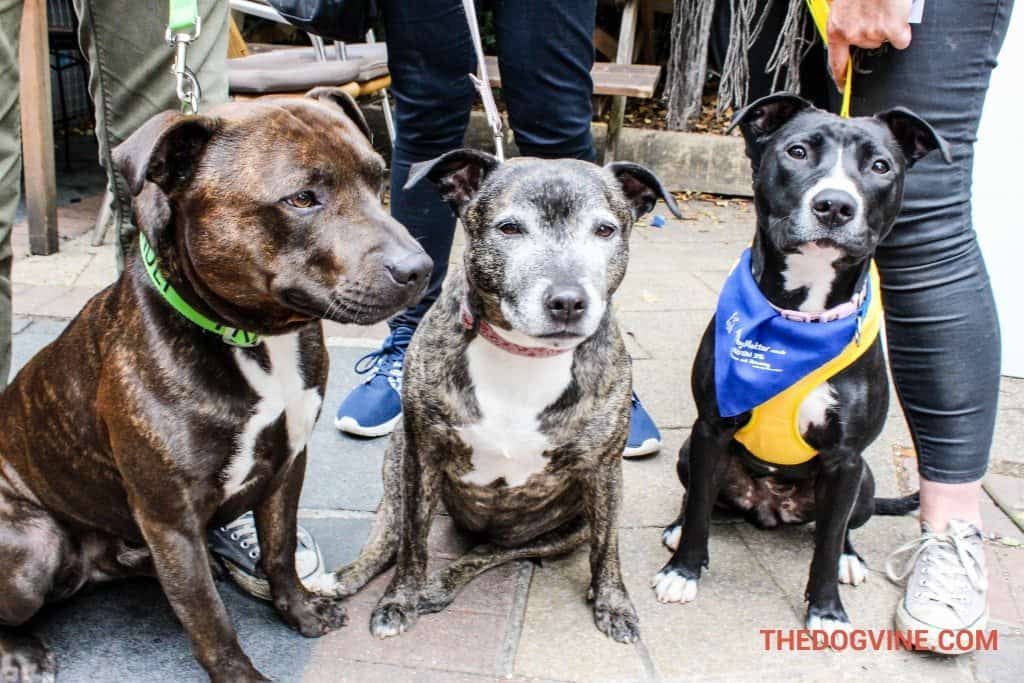 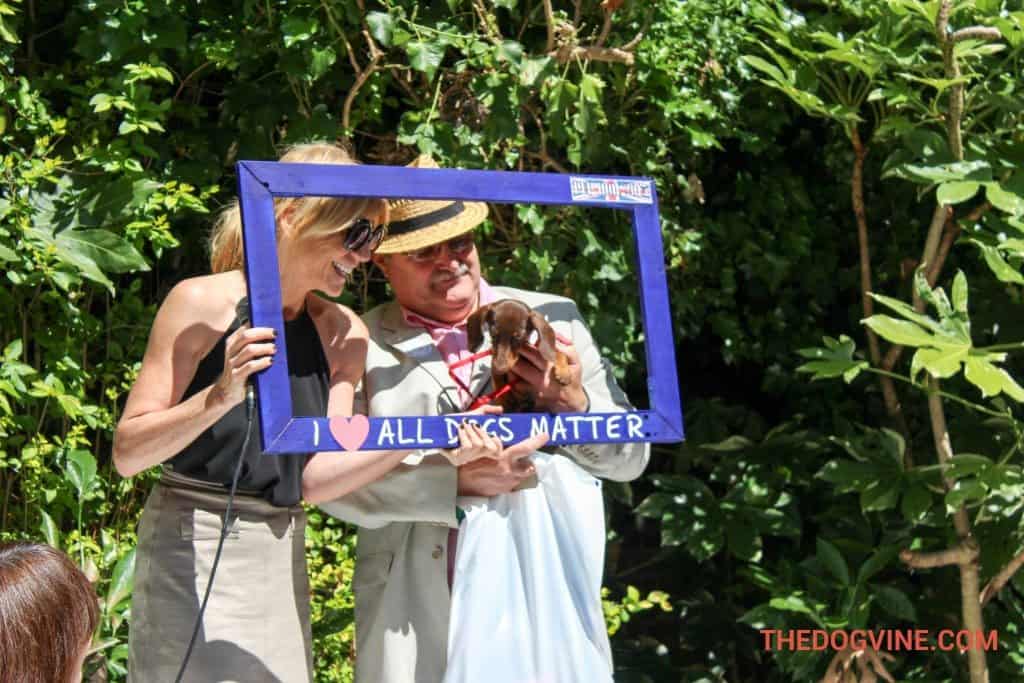 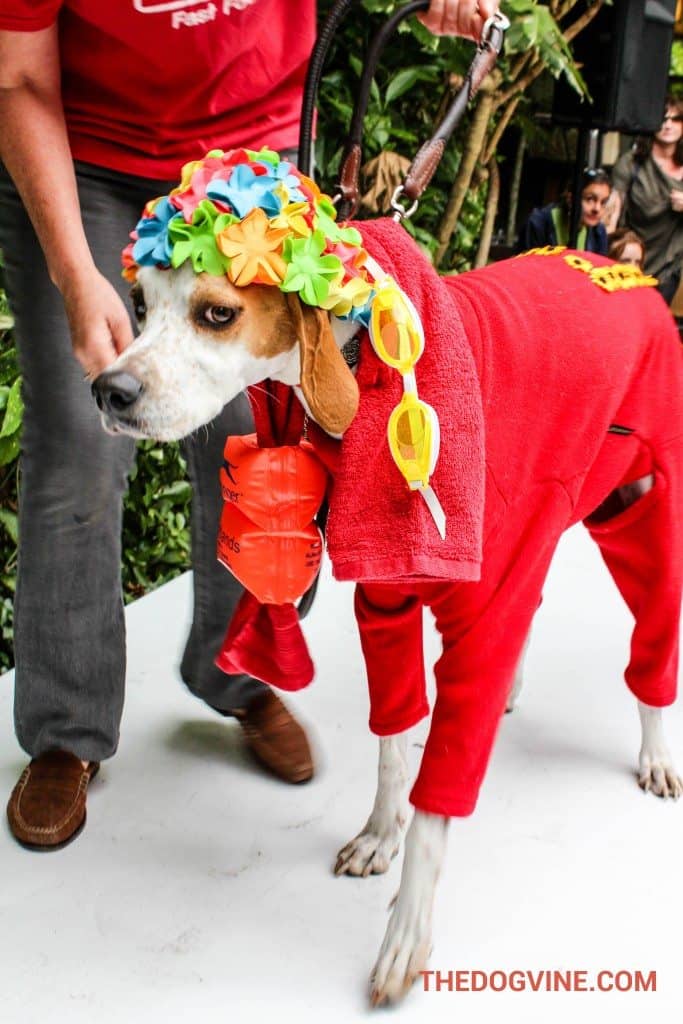 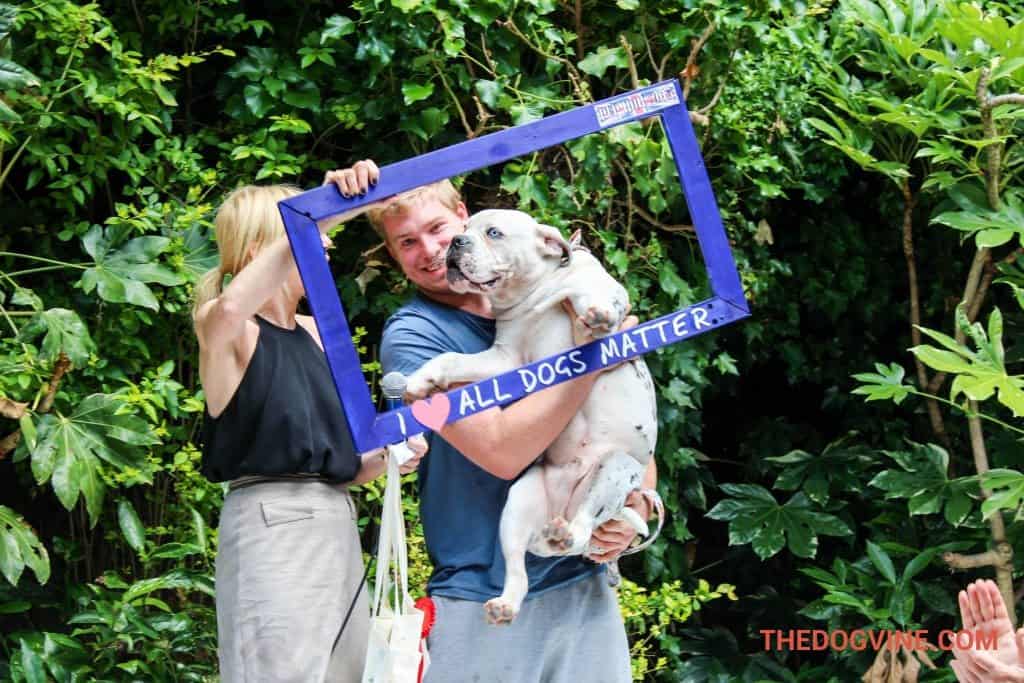 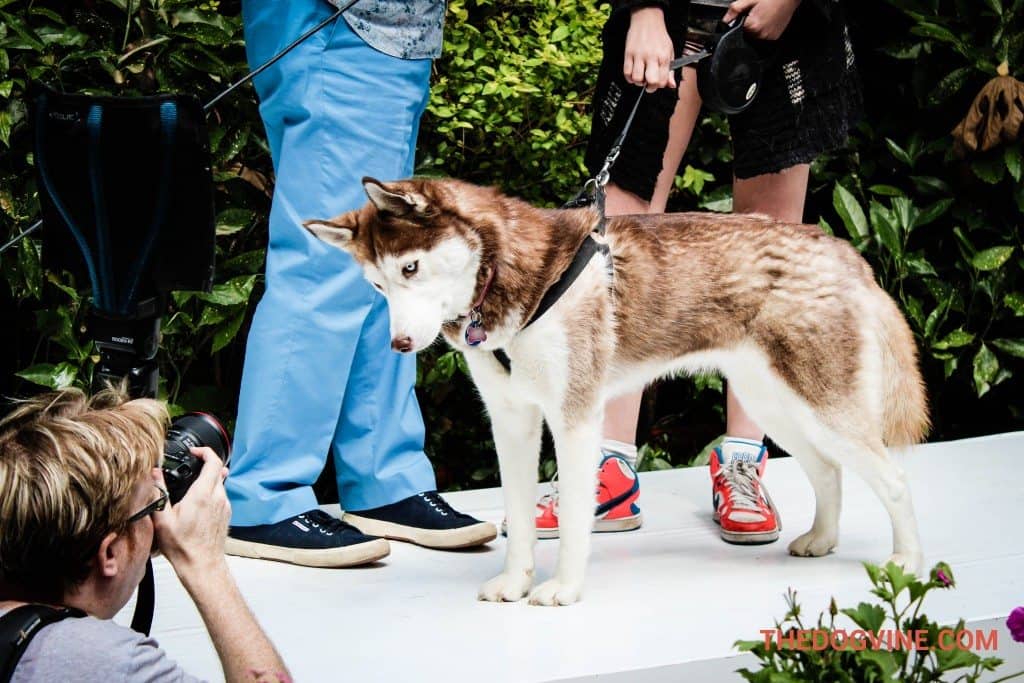 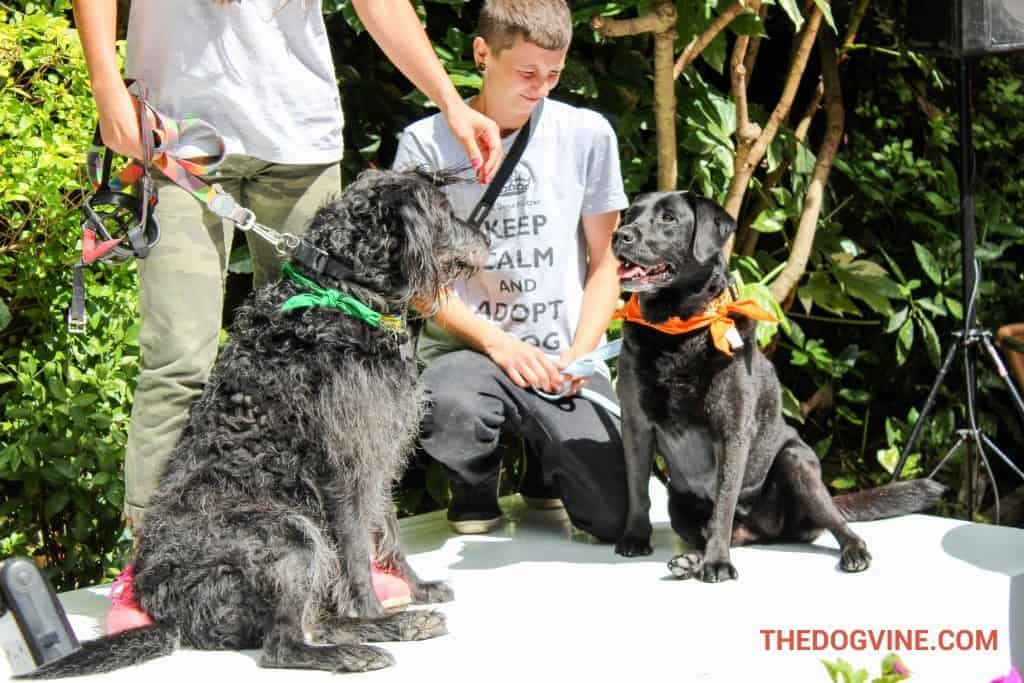 London celebs Ricky Gervais, Michelle Collins, Peter Egan, Georgia Slowe and Angela Humphery were part of the star-studded judging panel and we caught some of them sneaking in a few doggie cuddles between judging duties. 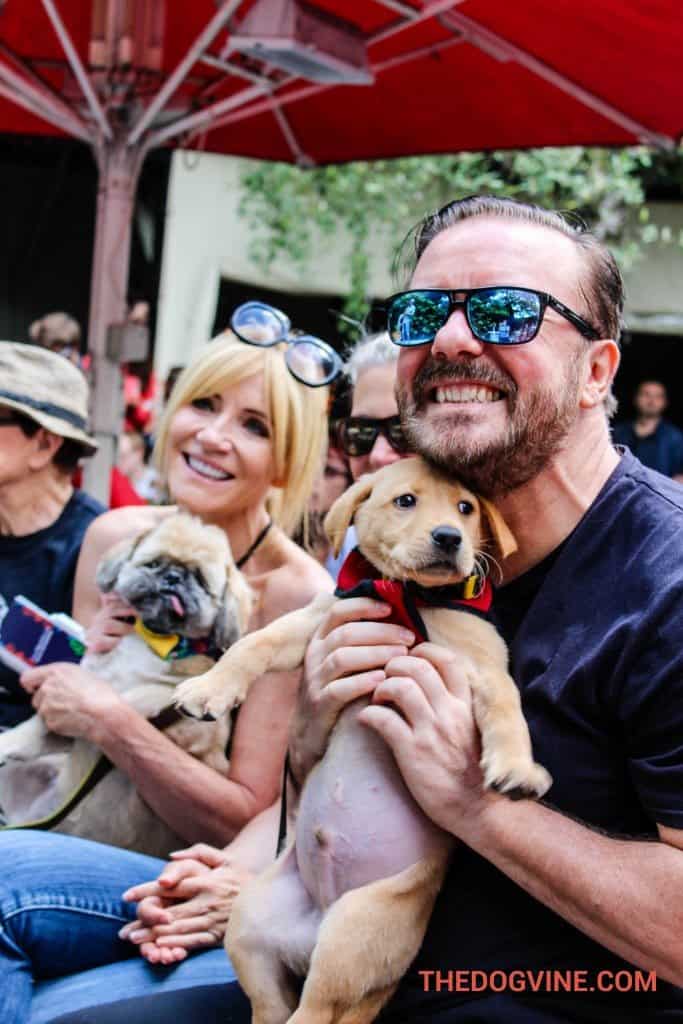 We were absolutely chuffed when the judges announced that ‘Brazilian Model’ Belinha had won the Golden Oldies title. Despite only having entered two dog shows in her life, she seems to be on a winning streak after winning the same category in May at the Bark Off…that’s my girl! 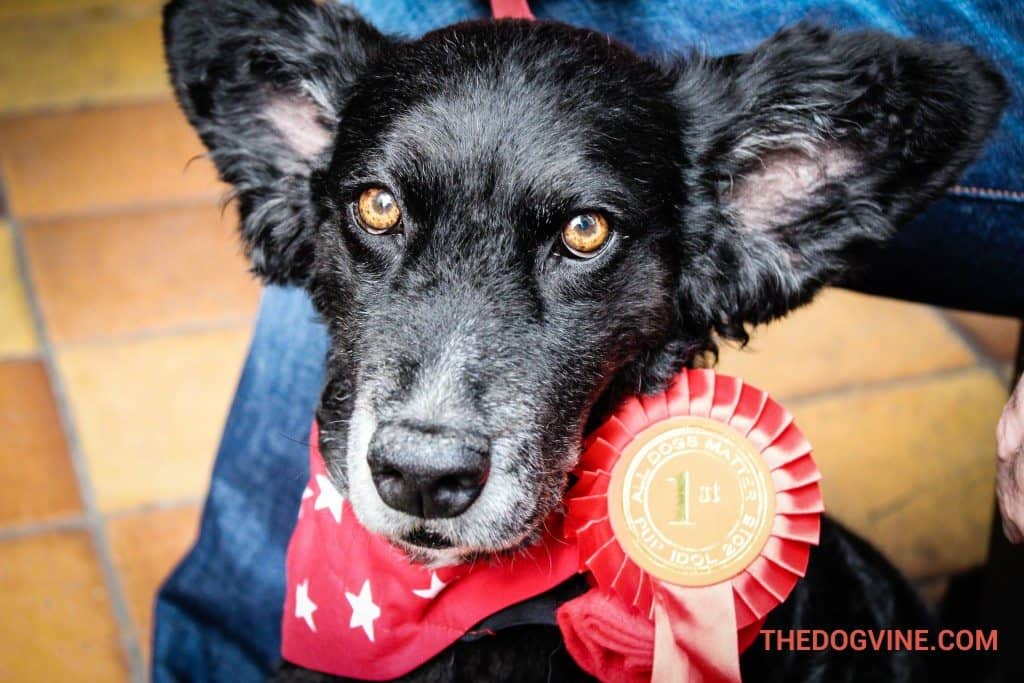 The category was sponsored by Dogstar Photo so we were even more pleased when we found out that the prize was a photoshoot with the very talented Ian Morrison, yay!

All Dogs Matter doggies Puffin, Monty and Milo who are looking for homes, also got to show off on the catwalk and throughout the day. For more info on any of these cuties, have a look at their adoption profiles.

Quite a few people (including Ricky Gervais) seemed to be falling in love with them so paws crossed that it won’t be long before these gorgeous pups get adopted! 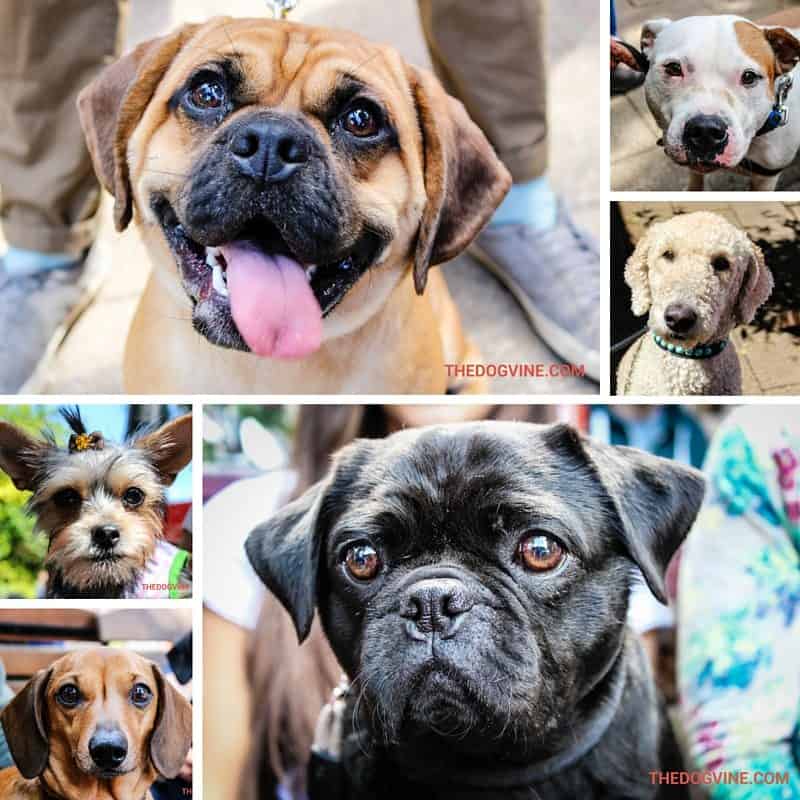 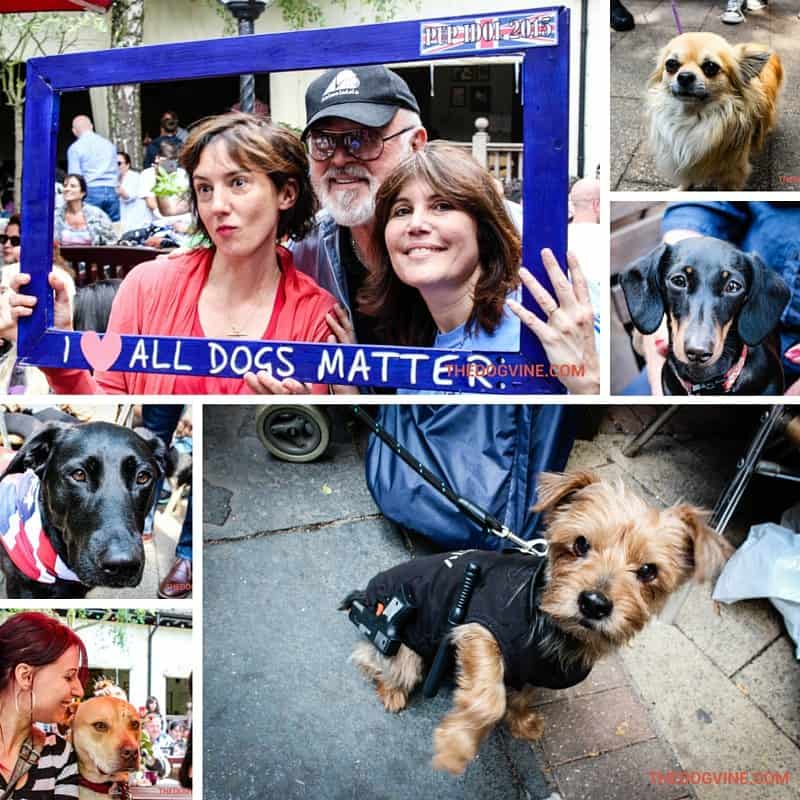 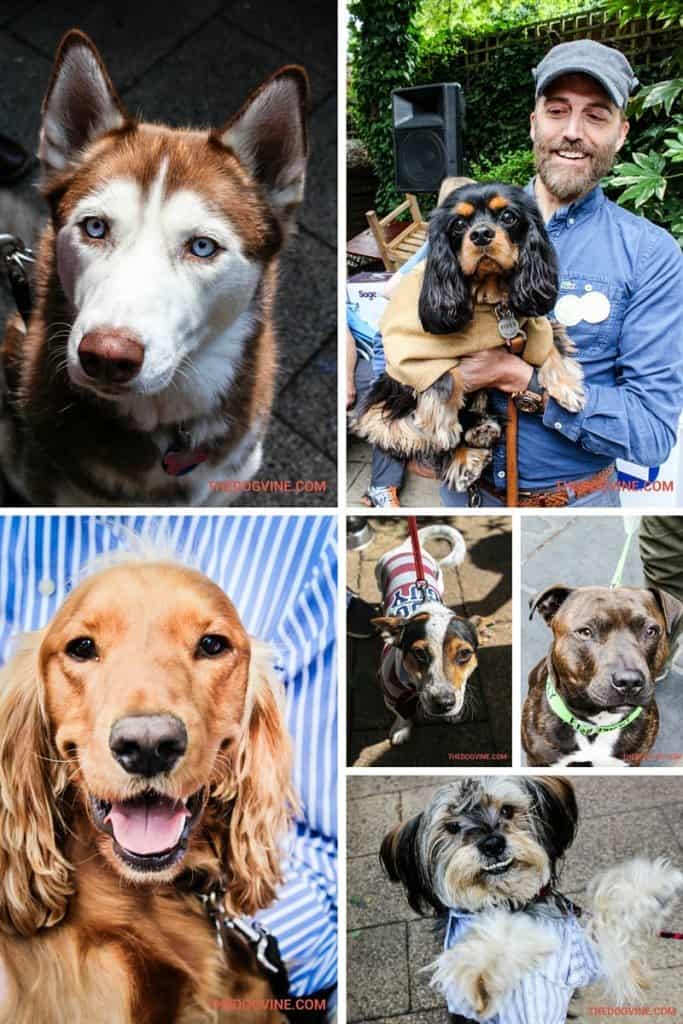 We had an absolutely brilliant time and can’t wait to see all our new friends at the next All Dogs Matter event. Let’s see if Belinha can keep up her winning streak as well as adding to her list of celebrity pals…