Isle of Dogs fever is taking over the world and definitely London. With dog-friendly cinema preview screenings of Wes Anderson’s new film taking place this weekend at six Picturehouse Cinemas across London (and more across the UK), we too have got the Isle of Dogs bug. So much so that when we heard there was an Isle of Dogs Exhibition coming to town giving a behind the scenes look at the film and of course the dogs, we simply had to go. 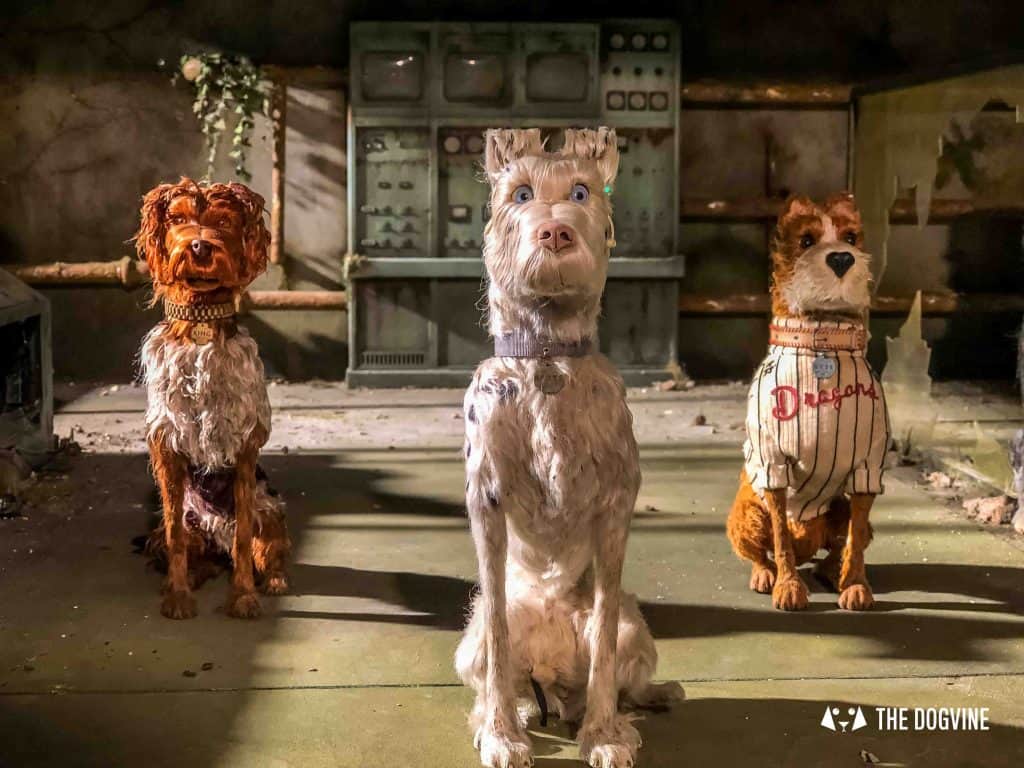 For those of you who haven’t got the Isle of Dogs fever, the film tells the story of a young boy (Atari) seeking his beloved pup (Spot) after all canines are exiled from a dystopian Japanese city to Trash Island after an outbreak of canine flu. 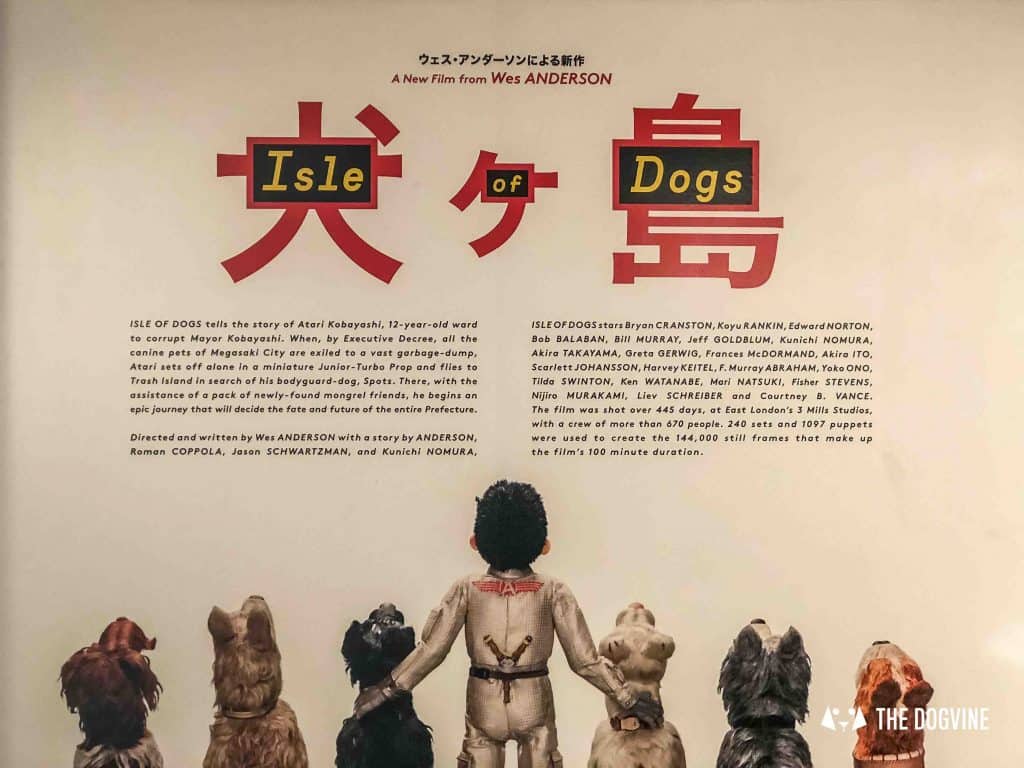 The Isle of Dogs Exhibition features 16 sets with puppets from the film, the film soundtrack plays throughout and there is a (real) noodle and sake bar (with chef Akira Shimizu from Japan House London) modelled on one from the film to enjoy after the exhibition. Here’s what we thought (and learned)…

The Isle of Dogs Puppets Are Just Too Cute

If you didn’t think they were cute before, you will once you see them up close and in person… 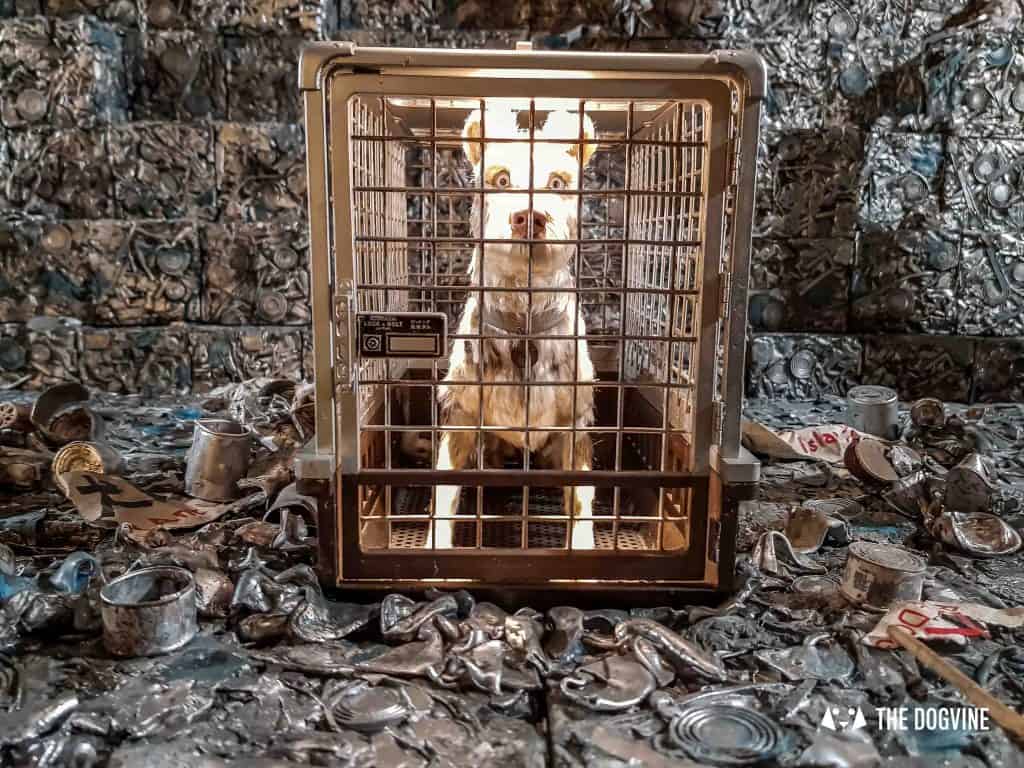 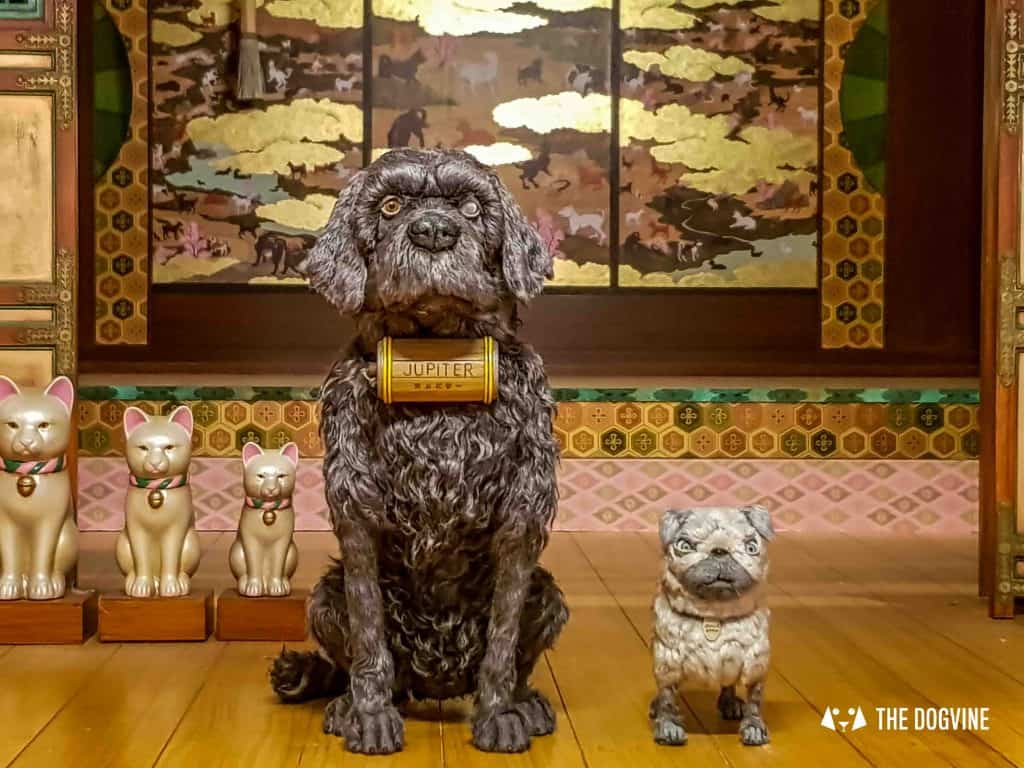 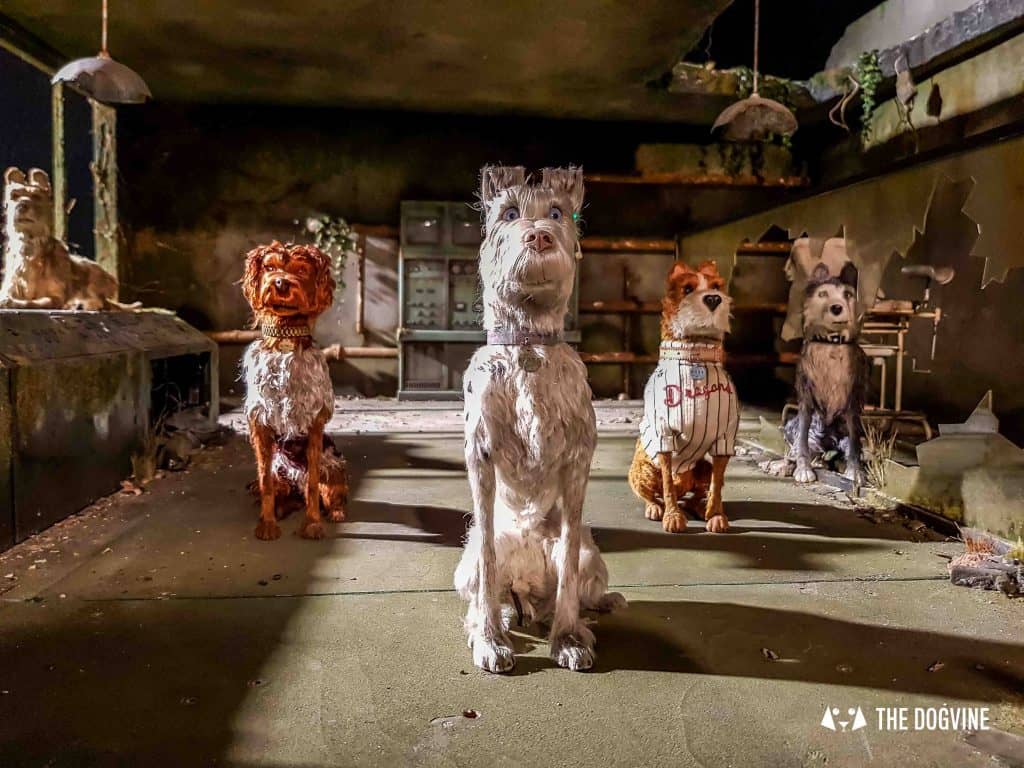 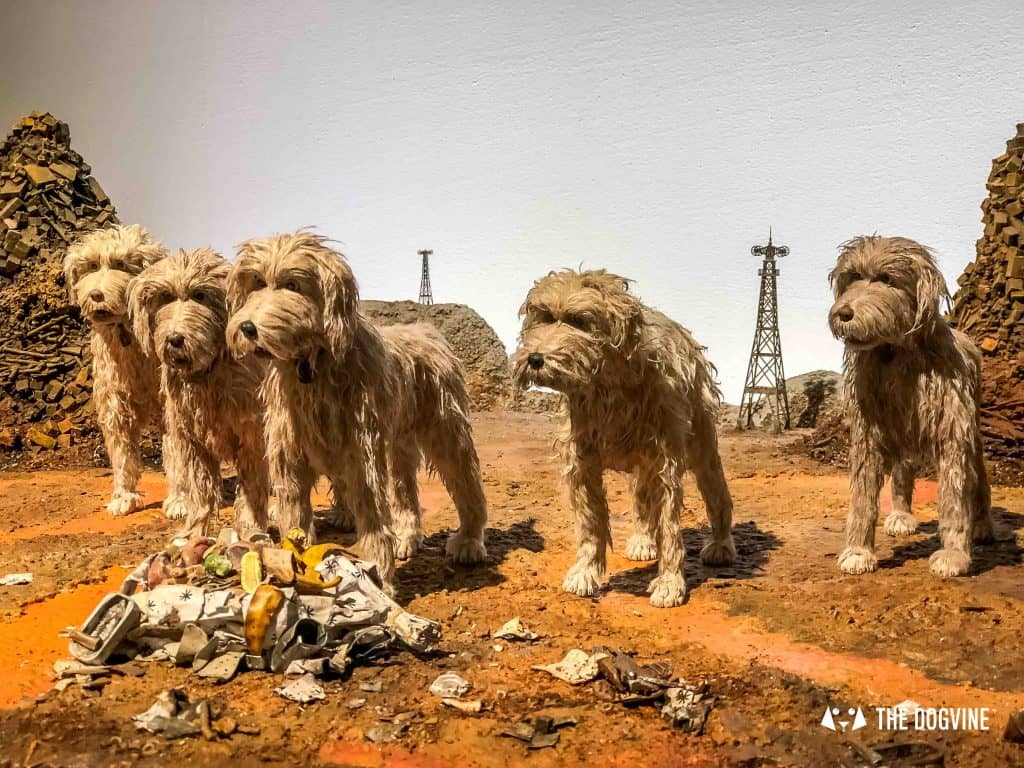 They Are Also Extremely Lifelike…

The level of detail on the dogs fur and expressions is incredible, apparently some of the dog puppets have thousands of individual hairs many of which were punched in one at a time with a tiny needle. 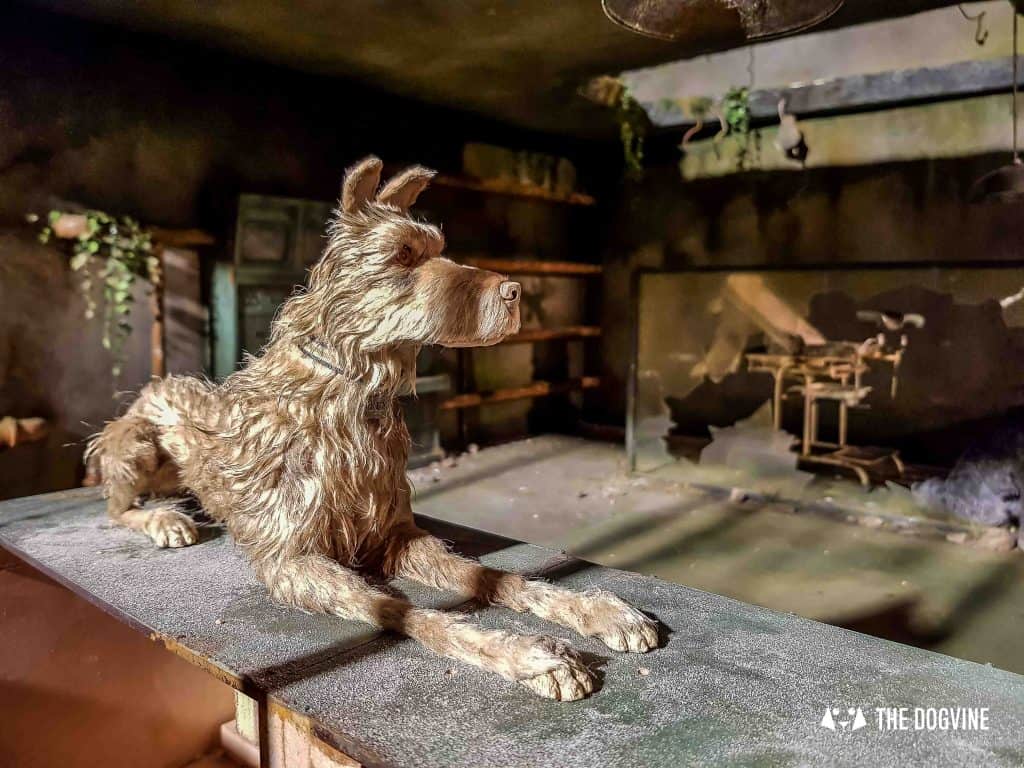 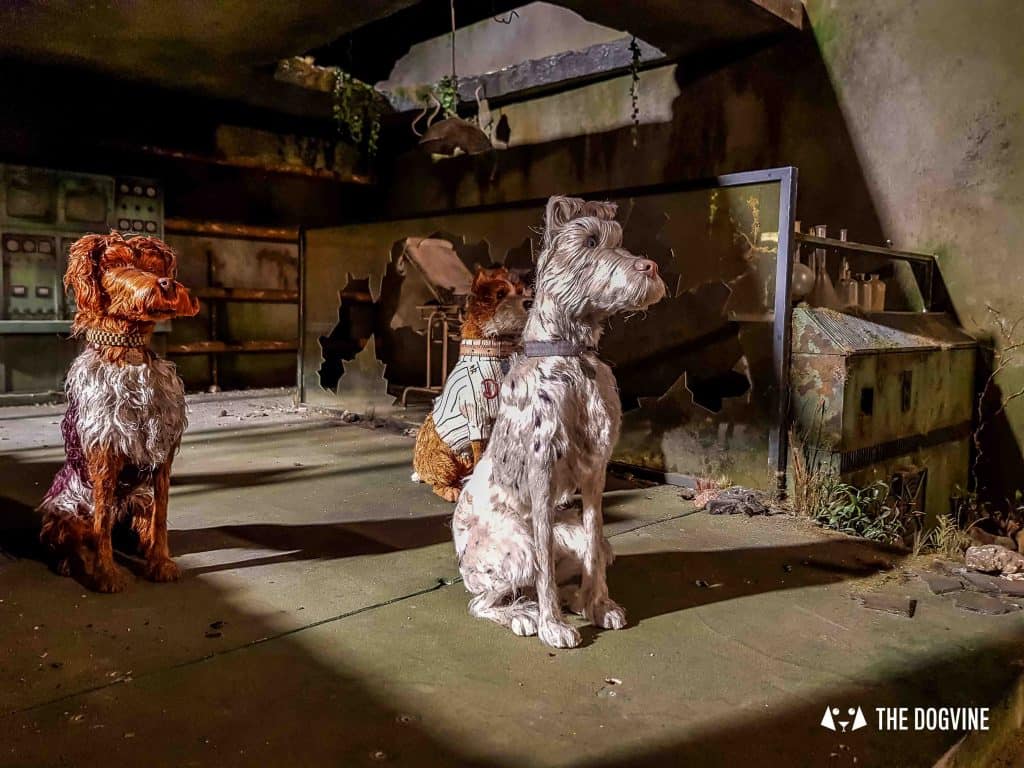 Years Of Work Went Into Making The Isle of Dogs Puppets

There are about a 1,000 puppets in the film – 500 dog and 500 human puppets and a team of 10 sculptors worked on them often for months at a time to create individual looks. Plus the film uses stop-motion animation (as opposed to CGI) which means everything is done by hand. For Isle of Dogs apparently this meant about 300 people working for 34 months to create 90 minutes of animation. Oh and Isle of Dogs was made at 3 Mills Studio in East London too. 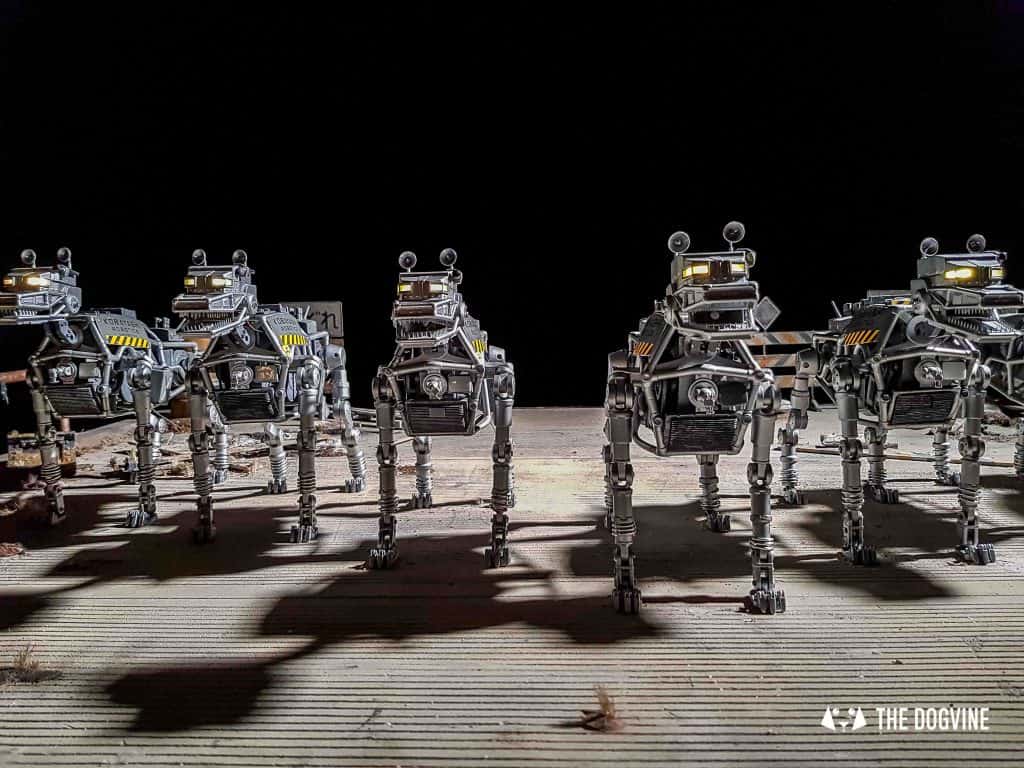 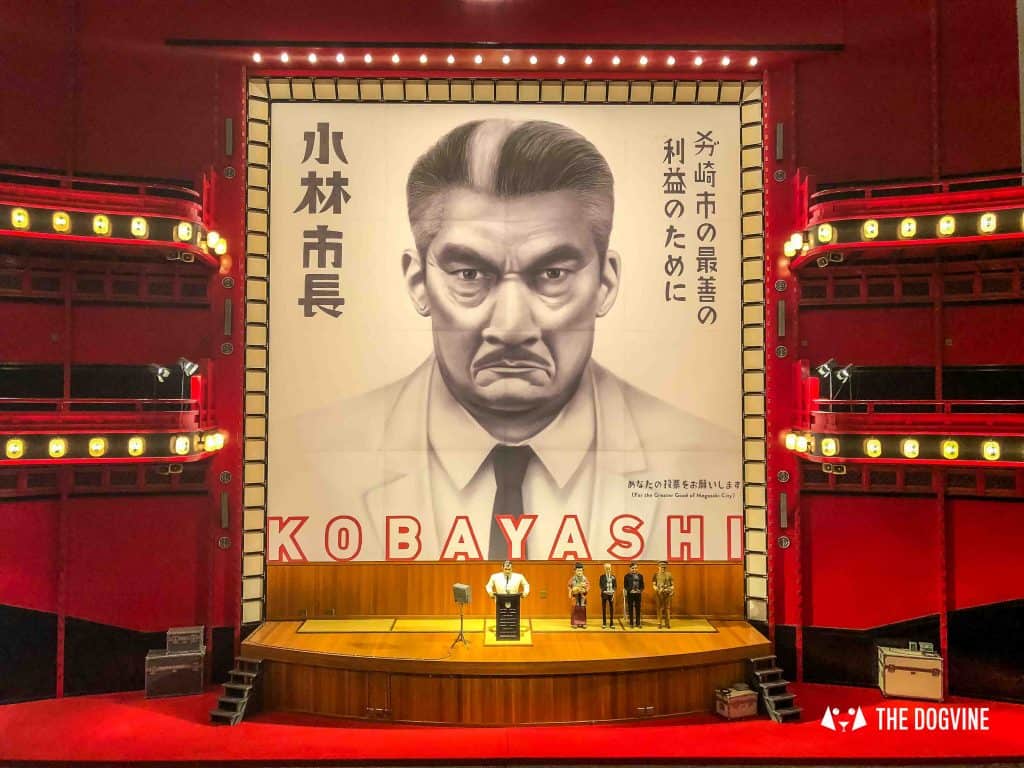 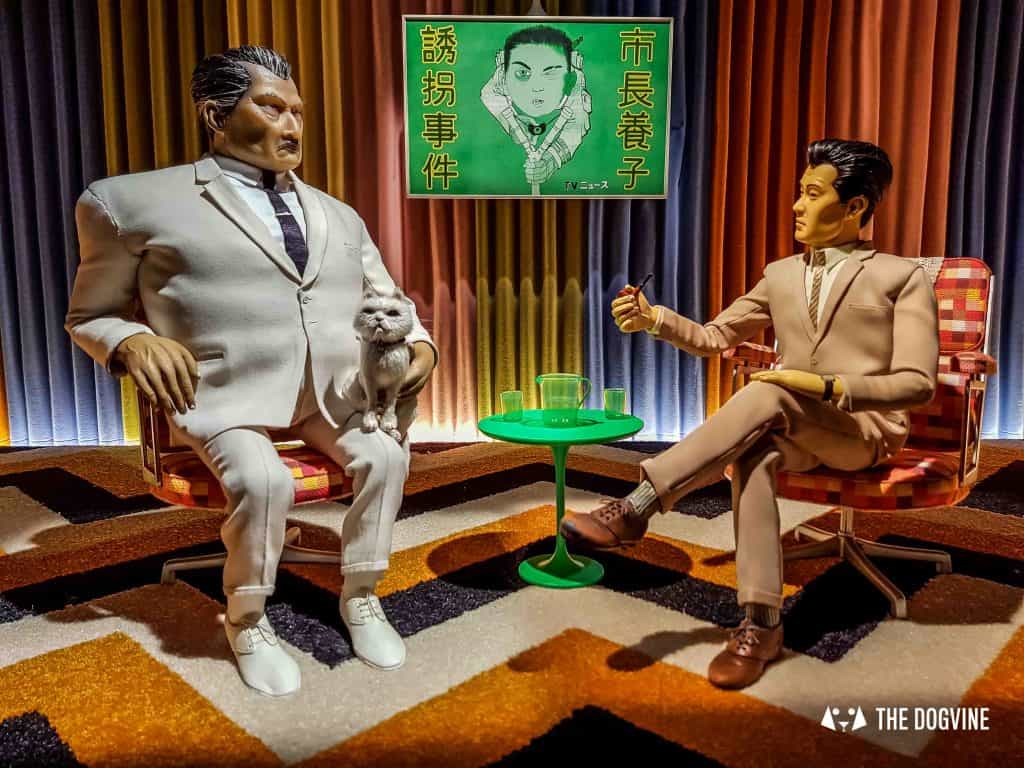 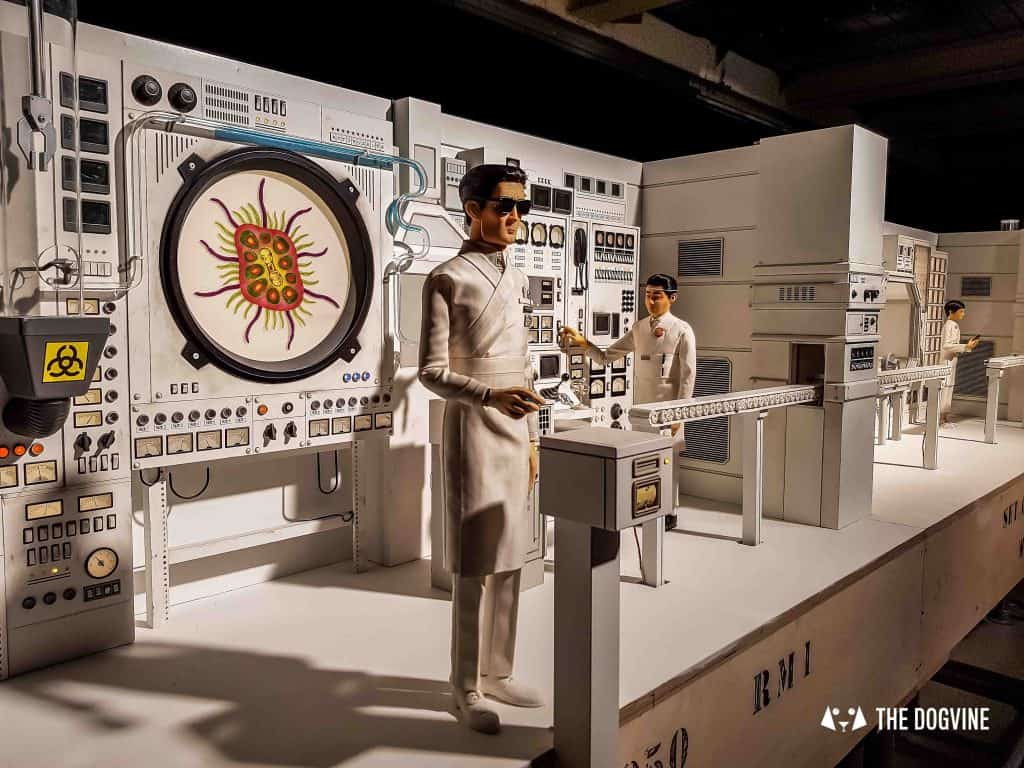 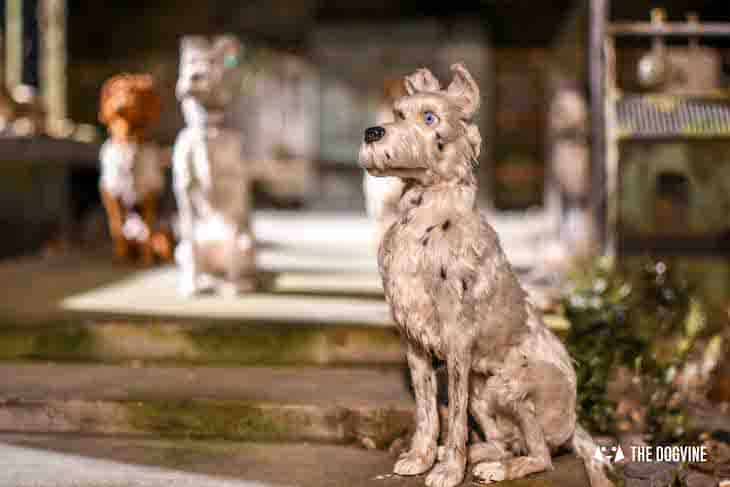 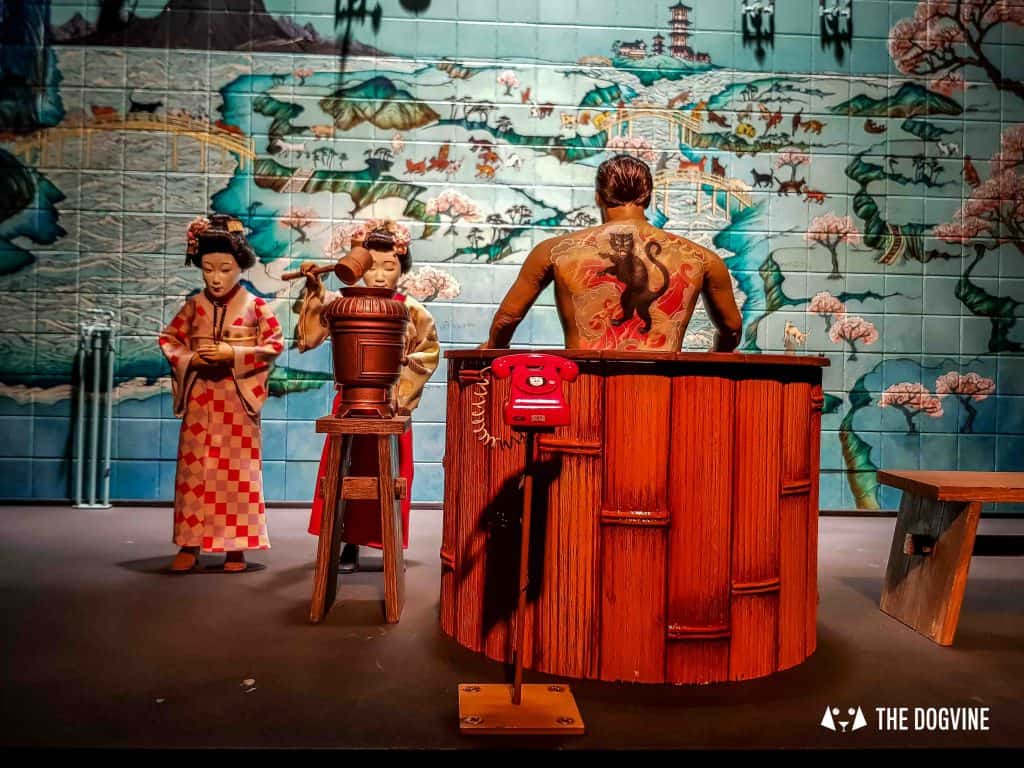 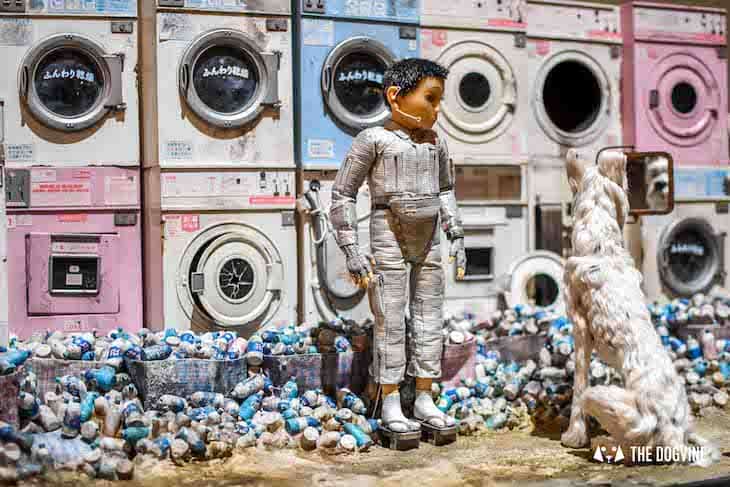 There’s A Hidden Meaning In The Title Of The Film

Twitter has just woken up to the hidden meaning in the title that will definitely appear to all dog lovers.

sometimes you’ve just got to shout it from the top of a trash pile https://t.co/Uy4vhGbpp9

Yes, Isle of Dogs does sound like I Love Dogs when you say it out loud. Good one Wes.

The Isle of Dogs Exhibition  – What You Need To Know

The Isle of Dogs Exhibition is absolutely free to get in. It’s dog-friendly as long as you are able to carry your dog. The level of detail in the sets and puppets is simply incredible and that alone is worth seeing and it definitely makes it onto our recommended list.

How To Get There: The nearest Tube is Temple (3 min walk) or Charing Cross (7 min walk)

What Else: Food (Japanese Ramen) is available to purchase from the ‘Noodle Bar’ from midday; Sake cocktails and bar snacks available during late night openings on Thursday/Friday.  You can also pick up an Isle of Dogs T-Shirt at the exhibition, not cheap at £40 but this does include a £10 donation to the charity DOTS (Dogs On The Streets) which should help ease any guilt you have about buying one.

If you’re looking for dog-friendly things to do in London with your dog you might also be interested in: