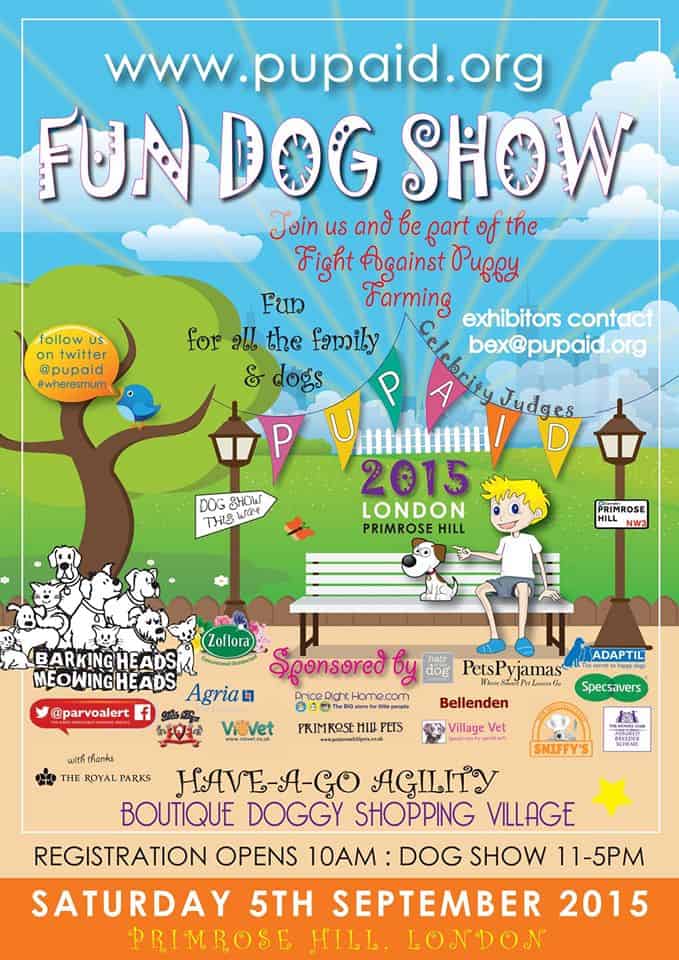 Back for it’s sixth year, and kicking off London’s fun-filled fido days this month is PupAid 2015. Returning to Primose Hill, PupAid promises to give pooches and their pet parents a jam-packed day out, all for a very good cause.

The celebrity-backed event (think Meg Matthews, Ricky Gervais, Peter Egan and Simon Cowell) will be opened at 10am by the inspiring human/canine duo Owen & Haatchi.

The PupAid Dog Show starts at 11am and if you think your pooch could be London’s next canine star, make sure you bag your pooch a spot. Canines can impress the celebrity judges in categories such as ‘Dog That Looks Most Like a Celebrity’ and ‘My Dog’s Got Talent’.  Watch out Simon, London may just have that canine superstar you’re always on the lookout for! 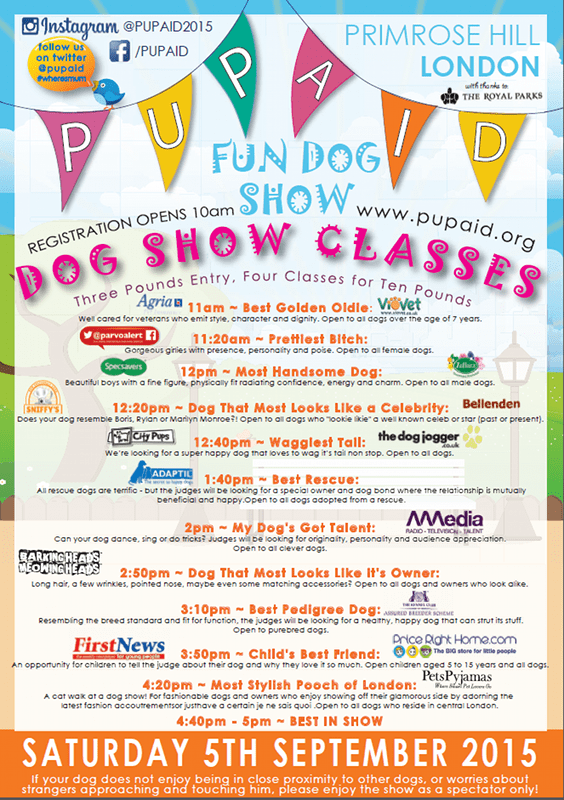 Don’t worry if you’re not a pet parent, you don’t need a dog to come along and join in the canine capers.  Live music and impressive doggy displays from Hearing Dogs and The Southern Golden Retriever Display Team will also be on hand to entertain.

PupAid is all about raising awareness of the UK’s cruel puppy farming industry and creating a better future for Britain’s Dogs and Cats. PupAid was founded by vet and animal welfare campaigner Marc Abraham, who wants to ensure the UK puts animal welfare before profit. PupAid’s goal is to see the sale of puppies and kittens in UK pet shops banned whilst promoting the adoption of rescue dogs; thereby starving the cruel puppy farming trade of business.

Puppies bred in puppy farms are usually unvaccinated and carry serious diseases due to appalling breeding conditions and early separation from their mothers.  New owners realise the problem too late and when faced with serious illness and high vet bills, often abandon their new pet. To put it in perspective, in 2014, there were over 110,000 abandoned or stray dogs in the UK and many of these were young dogs.  The sad fact is that over half of the dogs taken in by London’s Battersea Dogs and Cats Home each year are under 3 years old.

PupAid promises to be a fun-filled day with a serious message, so come along and show your support. Admission to the event is free; entries to the dog show are £3 per category or £10 for 4 categories.

Where: Primrose Hill (Entrance at the corner of Regents Park Road and Albert Terrace). Event parking is limited – the closest tube station is Chalk Farm.