London pups were in for a treat last weekend when pizza gurus Pizza Pilgrims turned their Exmouth Market Restaurant into a dog-friendly pizza slice of heaven. The Dogs + Pizza day was organised as a way to celebrate two of our nation’s great loves…Dogs and Pizza! 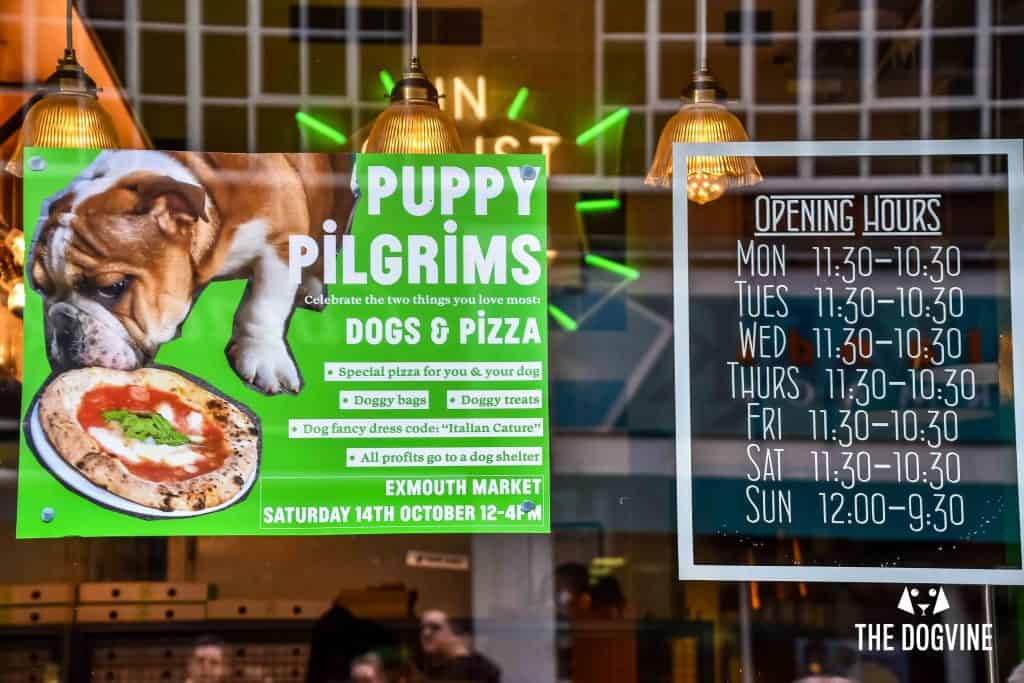 There were actual authentic Italian Doggy Pizza’s on offer and doggy ice cream from Billy and Margot for dessert. Turns out London dogs just can’t get enough of the pizza…it was literally snatched out of human hands, see for yourself in our video…

In case you were wondering, the doggy pizzas were made without salt in them, although apparently the whole concept did elicit some raised eyebrows from the Neapolitan chefs who probably thought this was more crazy British madness. It may be madness, but when it comes to dog-friendly pizza madness we’re all for it! 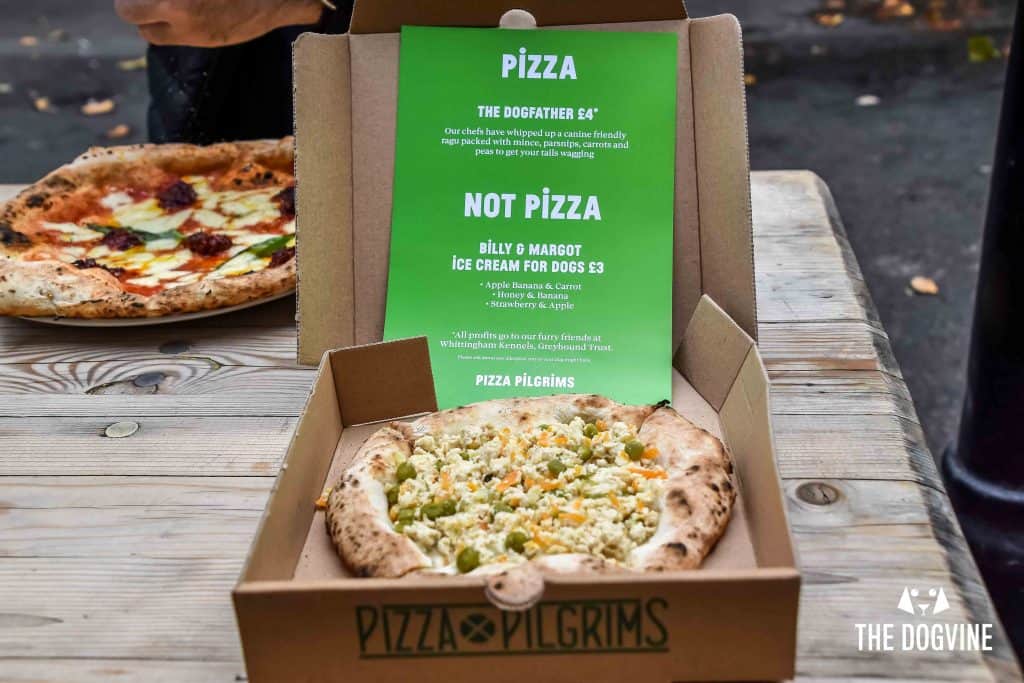 Plus the profits from everything on the doggy menu went to a good cause, The Whittingham Kennels, Greyhound Trust who rehome retired Greyhounds and some of their previous residents even came along  – Fingal and Ruby were rehomed from Whittingham three years ago!

Dog-friendly pizza  definitely got a paws up from the canine contingent in the house. All the humans were raving about the pizza too so this is a definite addition to the dog-friendly / must-visit list! As a really nice touch, dogs got to take home a doggy bag full of treats from The Labrador Company, Growlees, Pets Pyjamas, Lily’s Kitchen, Oli Juste and Pooch and Mutt.

This was the first dog-friendly pizza event that Pizza Pilgrims had tried but said that if it went well there would hopefully be others in the future. We certainly hope so and would definitely sign a ‘pawtition’ to make dog-friendly pizza days a regular thing if anyone starts one!

All branches of Pizza Pilgrims are dog-friendly pizzerias but the Exmouth Market branch is particularly good for dogs as it has plenty of outside tables on the cute pedestrian street. There are also branches in Soho, Canary Wharf and Shoreditch, see: London Pizza Pilgrim locations. These pawsome #PuppyPilgrims photos will also be up shortly over on our Facebook Page so you can tag and share…

Sniff out other pawsome things to do with your dog on our What’s On Woofs Calendar of London Dog Events.