As you will have seen from the busy London Dog Events Calendar, breed-specific cafés are often on the list of things to do. We caught up with London travel and lifestyle blogger Hannah and her adorable Pom, Bear to find out what exactly goes down at one of these events, specifically the Pomeranian Pop-up Café that took place last month…. 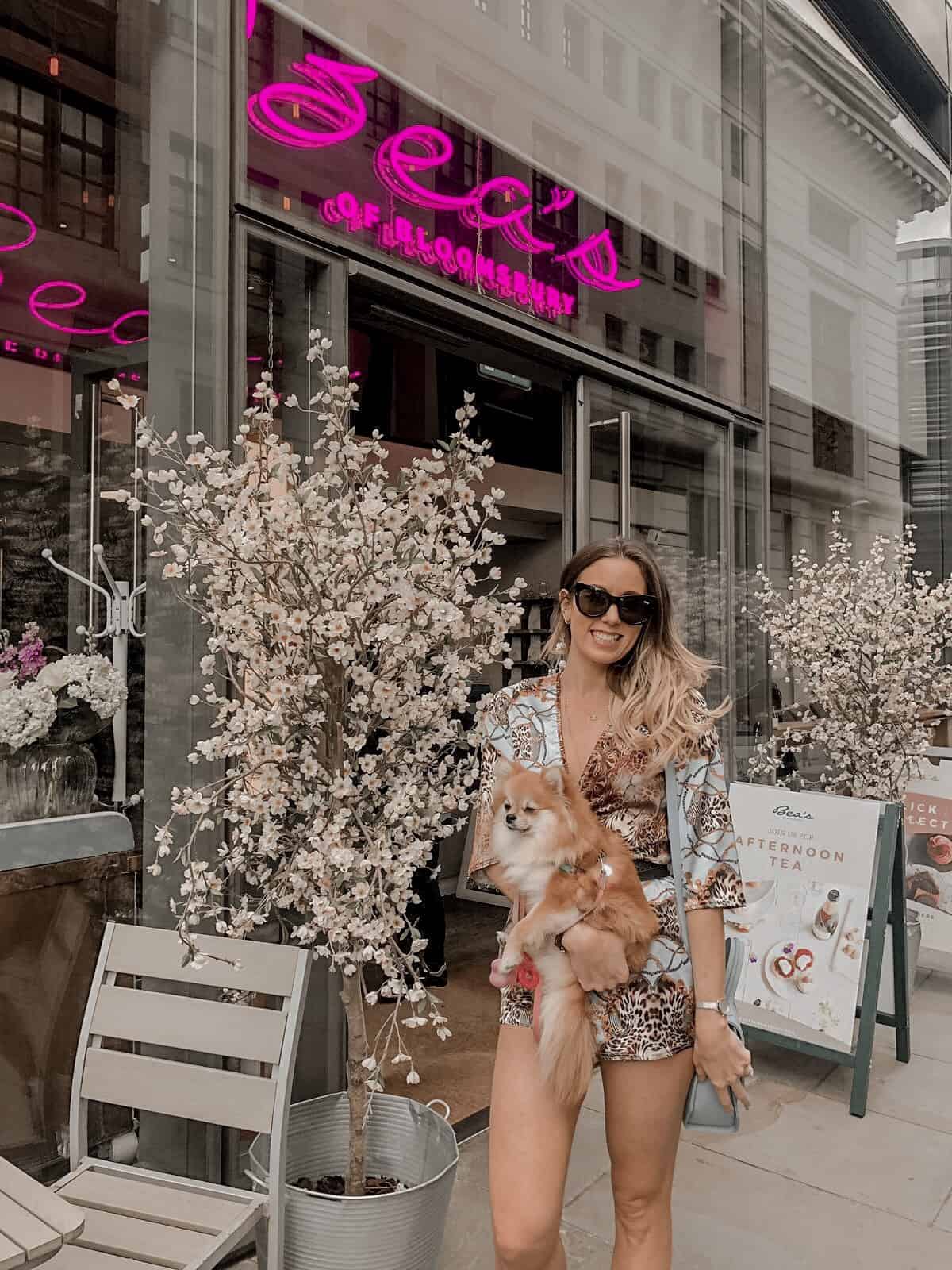 On the 12th May 2019, the Happenstance in St Pauls played host to the fluffiest event in town. Also known as the Pomeranian Pop-up Café London! The event sold out in no time but myself and Bear managed to secure ourselves some tickets, dragging along a very unexcited Pom dad. The event was themed around the film “The Secret Life of Pets 2” and from the moment we arrived I could tell Bear felt like she was the star attraction. This was probably due to the number of treats being handed out, left, right and centre.

On arrival, each Pom was given a puppuccino and each Pom fan given a bag of dog treats (to entice dogs for cuddles). Which of course worked perfectly on Bear! Each and every person that we met was super friendly, and it was nice to be surrounded by so many fellow dog lovers. Nothing against cats, but dogs are just the best, aren’t they?! 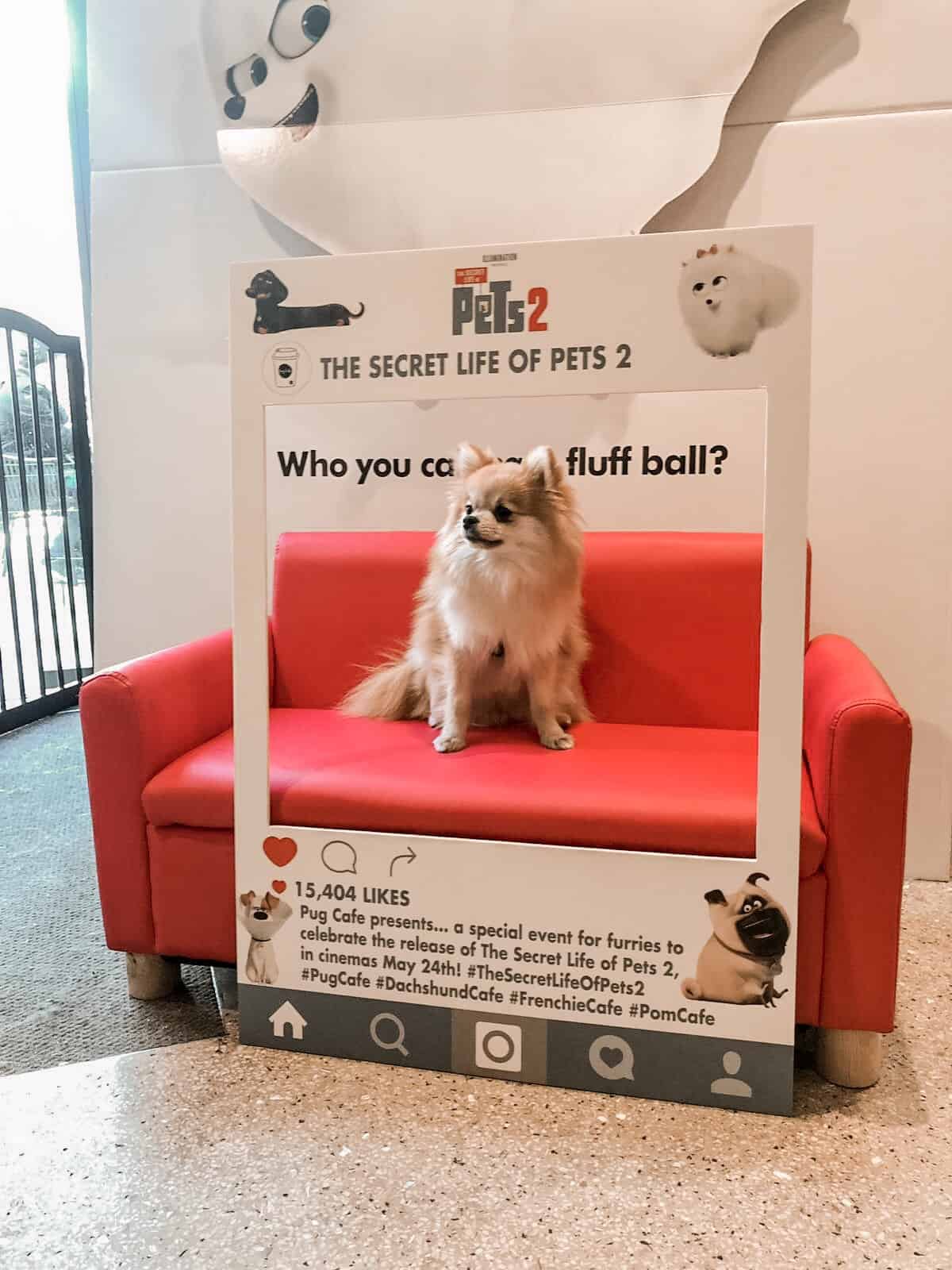 If that wasn’t enough, they also had an entire table laid with treats just for Pomeranians. From ‘dognuts to pupcakes’ they had something for every pup, I even spied some pawsecco! Bear was a huge fan and spent most of the time loitering underneath the treat table, I taught her well! Whilst the Poms were being treated and fussed this gave the pawrents a chance to chat and grab a drink from the well-stocked bar, as well as a spot of brunch. It was also really funny to see the similarities between Bear and other Poms, turns out her 360 trick isn’t all that original… 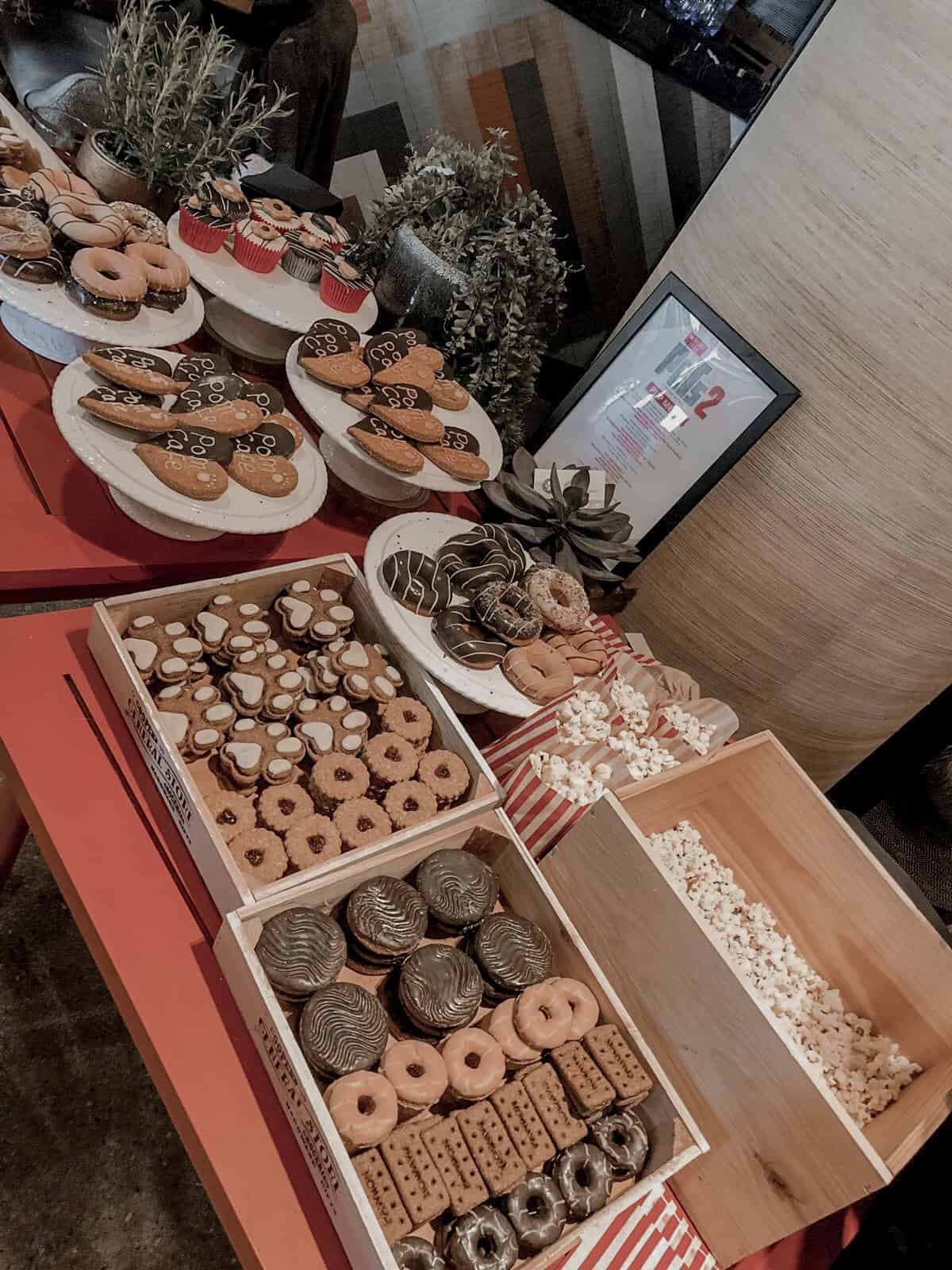 Easy as a Sunday morning

With a whole host of dogs and children in a fairly enclosed space, the Pomeranian pop-up had all the ingredients to be a total nightmare but it was the absolute opposite. Staff were really laid back, there were minimal accidents and each and every dog I saw seemed content and happy running around off lead.

One of the best things about the event was the cute little props that were set up all over the restaurant. From tiny little Pomeranian sized sofas to Instagram picture frames – I was in my element. With all of the fab food on offer, plenty of photo ops and lots of socialisation for pups, it’s no surprise that the event whizzed by and our 70 minutes were up in no time! 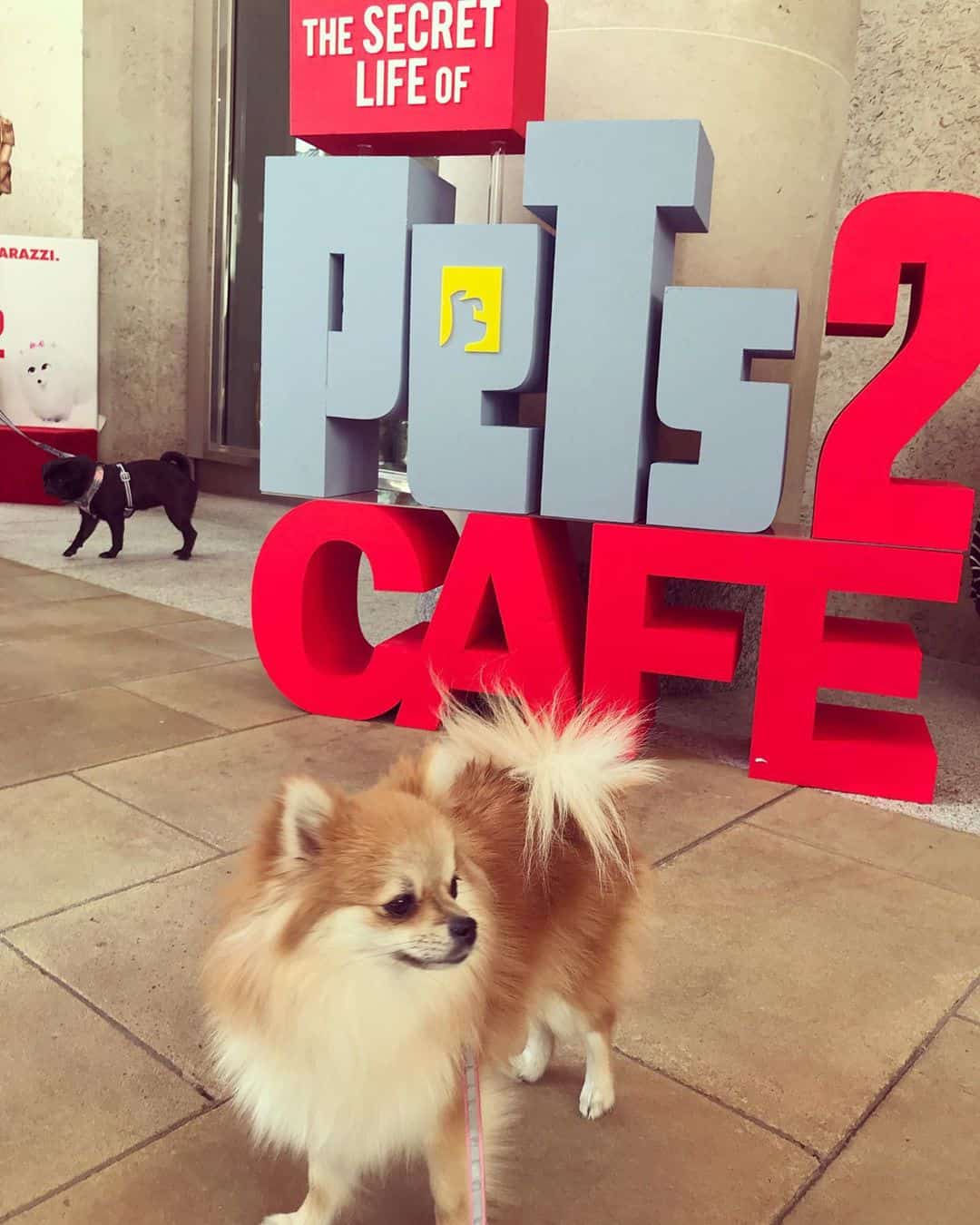 I can honestly say that the Pomeranian pop-up was so well run and the only thing that I’d have changed is that I’d liked to have stayed longer! Even Bear’s dad, who was sceptical at first, left with a smile on his face and a cupcake in his hand! The event was run by The Pug Café and although predominantly aimed at Pug Owners, they often run breed-specific events… Bear and I will definitely be looking out for the next one! 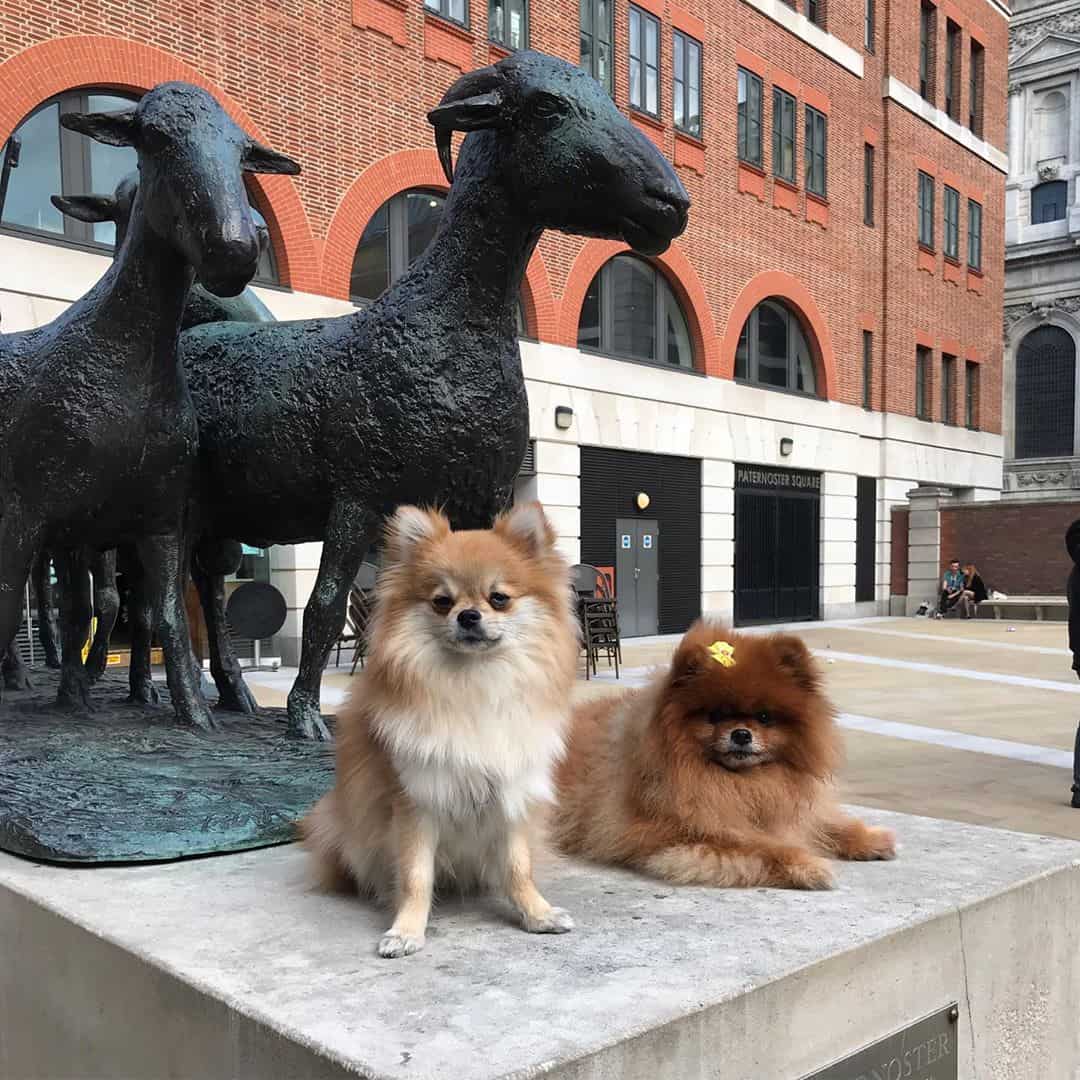 Thank you, Hannah and Bear for sharing your review of the Pomeranian Pop-up Café London! Hannah is a lifestyle and travel blogger from London and you can keep up with Bear on @excusemypom.

All Pug Café breed-specific events are listed on The Dogvine London Dog Events Calendar as they are announced.

All photos in this feature by Hannah (and Bear).