It’s official, I most definitely ‘have a thing with walls’ – did you know there’s even an Instagram account @woofandwalls dedicated to dogs and colourful walls which is just my idea of insta heaven! So when I was contacted by award-winning Photographer Emma O’Brien who spends her time between South Africa and the UK to ask if I would like to bring Belinha along for an ‘urban’ London dog photo shoot, images of photos with gorgeous graffiti backdrops flashed before me and the answer was a resounding YES! 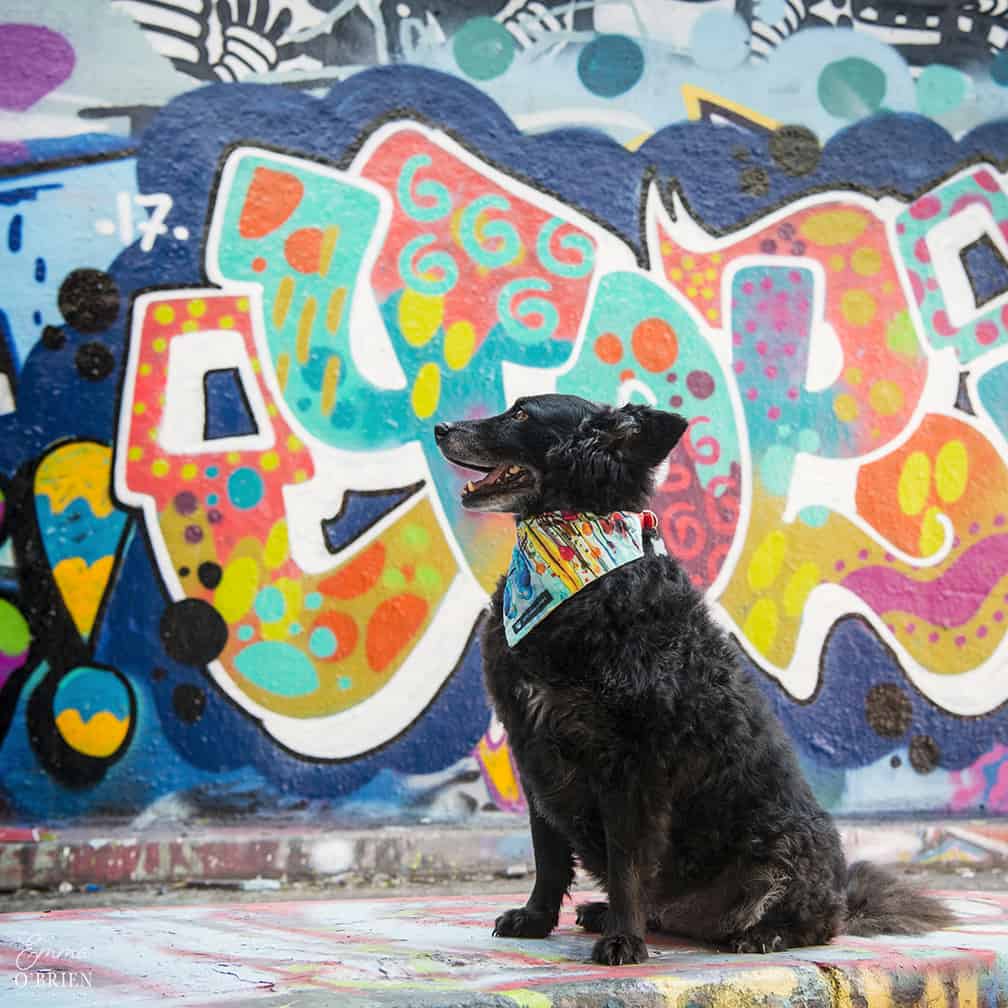 Read on to see how we got on and be warned…this is a colourful post! 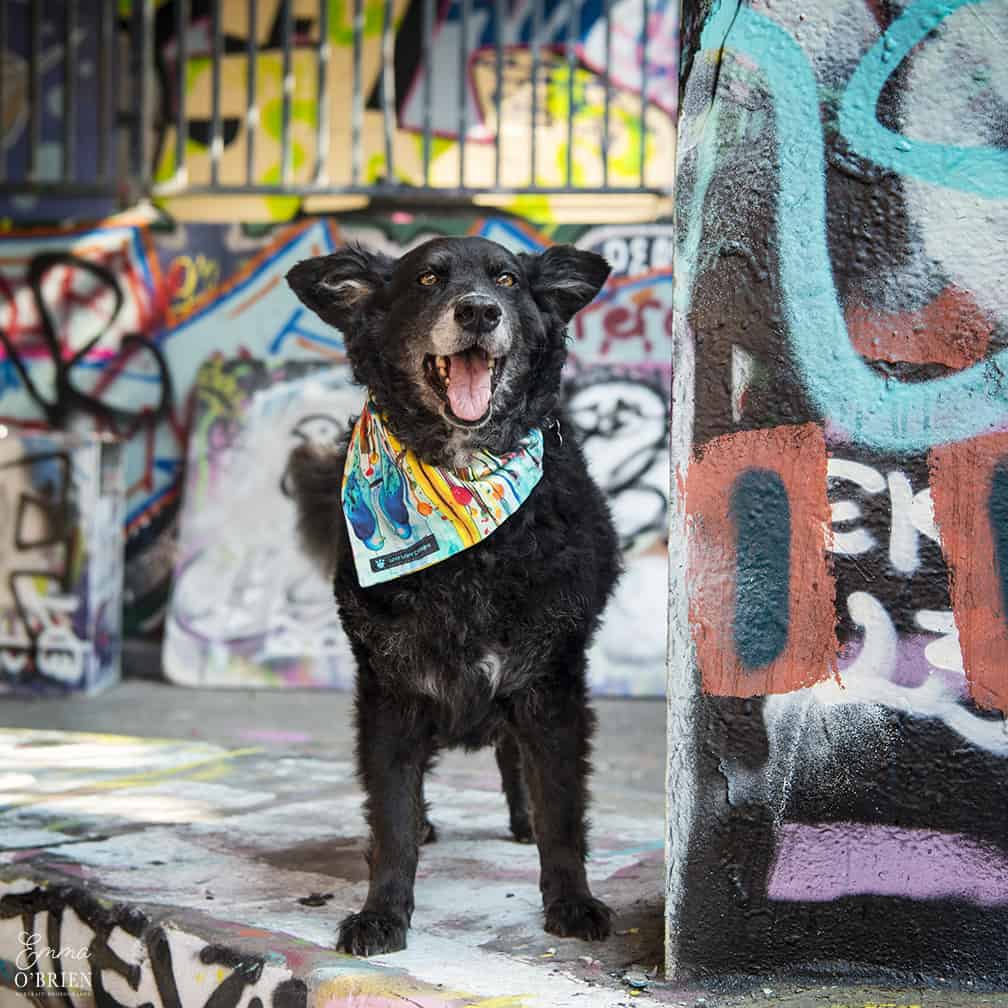 We met Emma at the Leake Street Tunnel, Waterloo. For me, this most definitely ticks the box for an urban dog photo shoot (and for graffiti) – it’s an amazing space with ever changing art and for a photographer I can imagine simultaneously both inspiring and challenging due to the lighting. Fortunately, it wasn’t me behind the camera so I was able to stand back and let Emma work her magic. 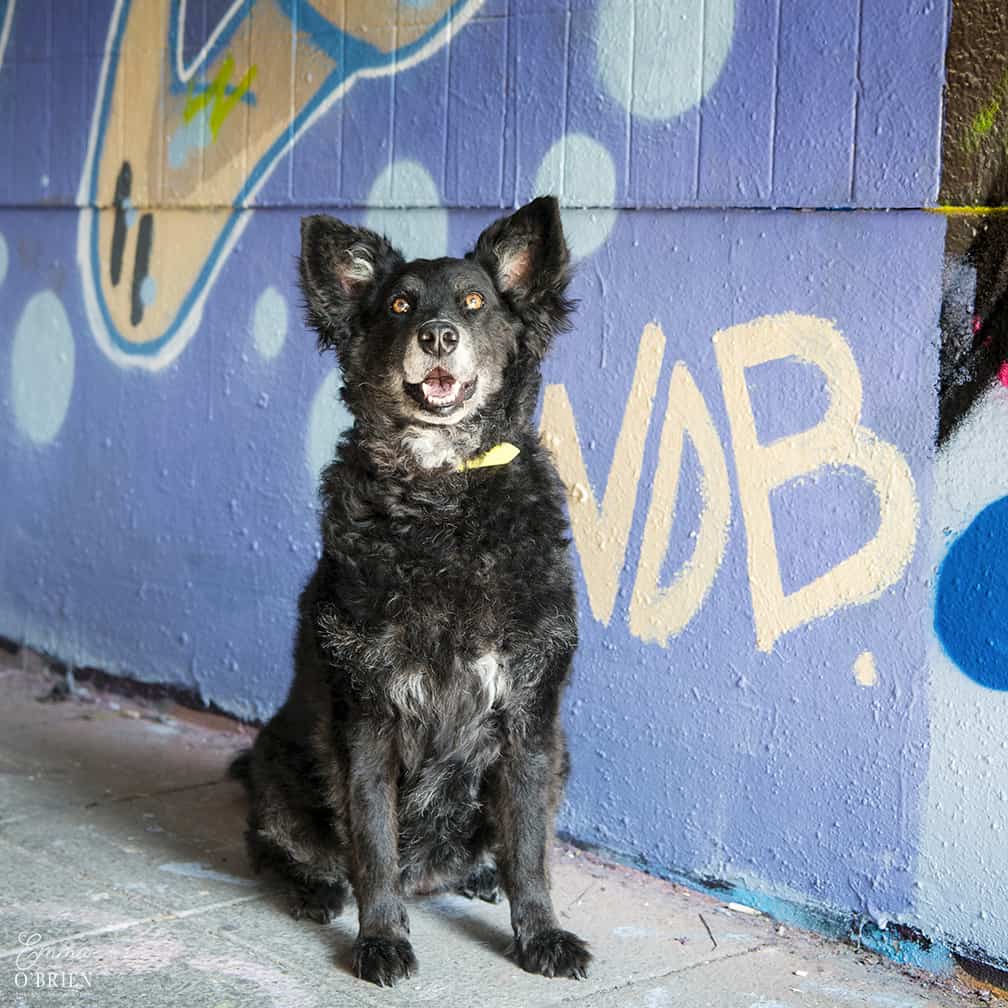 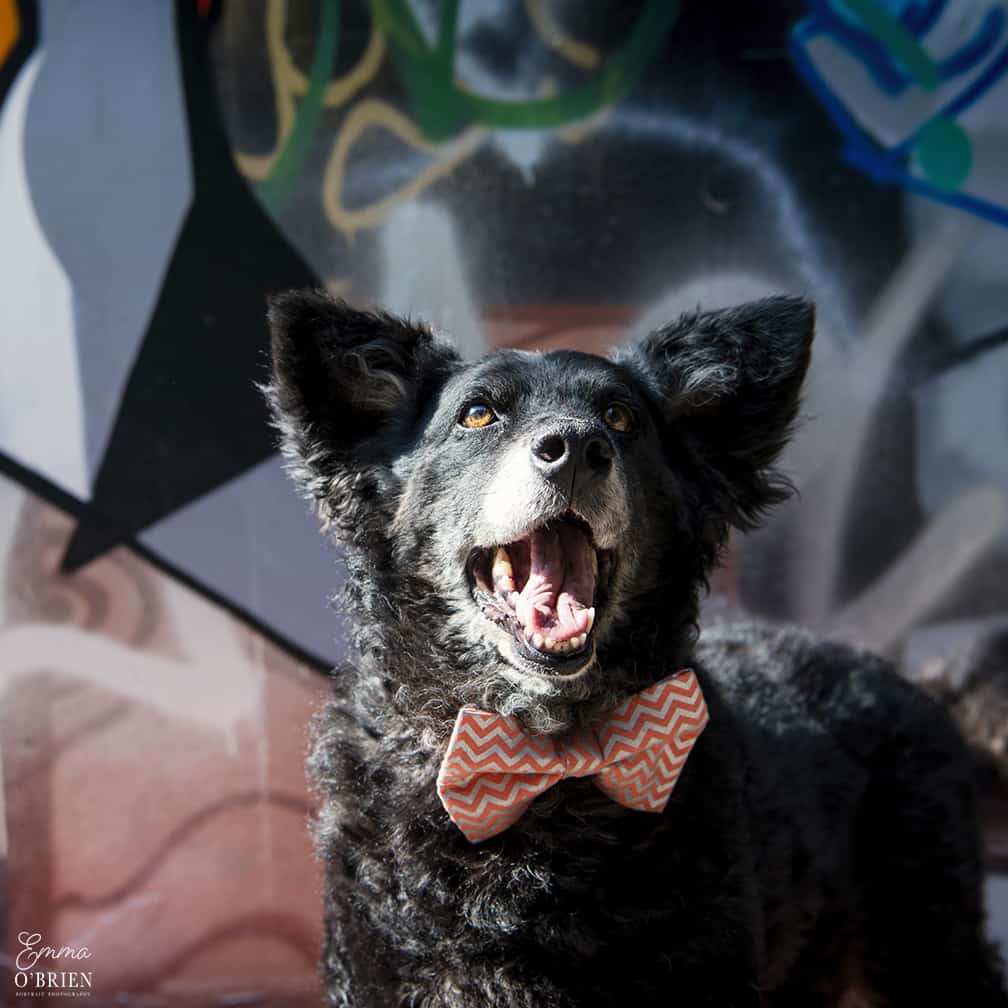 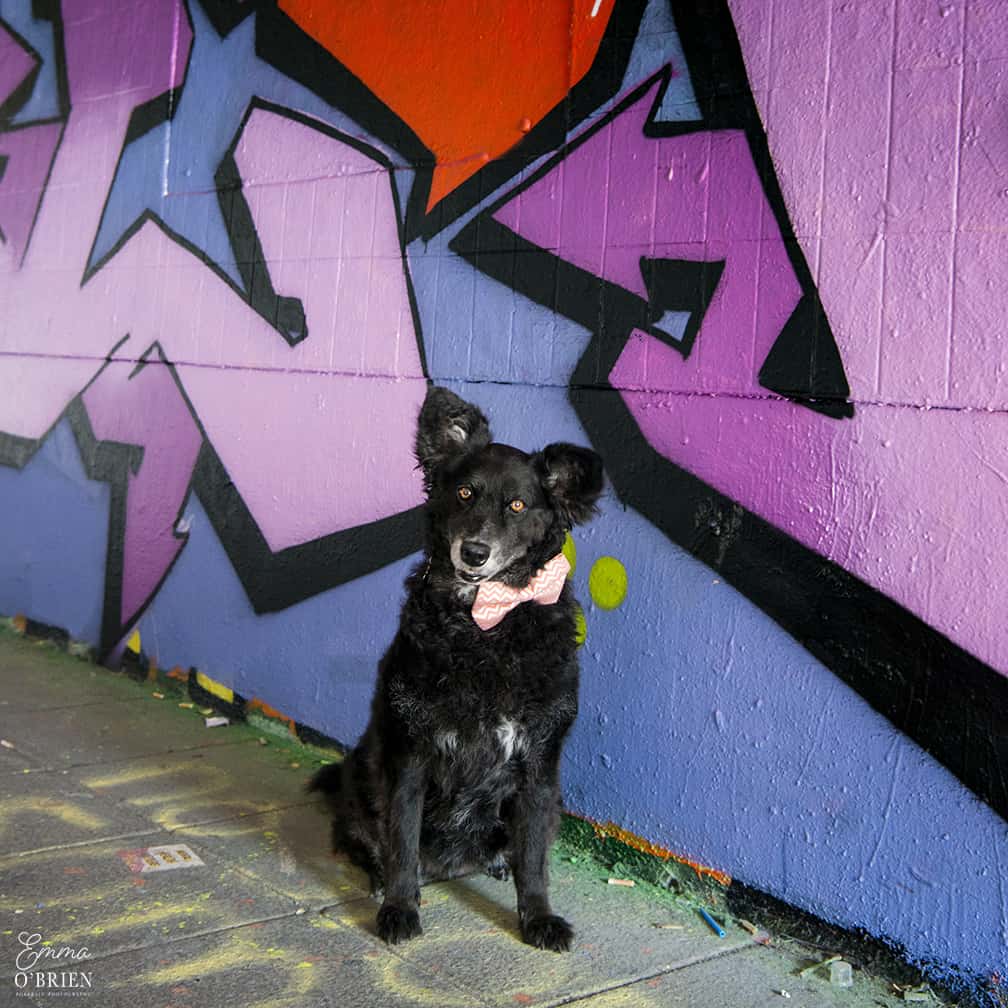 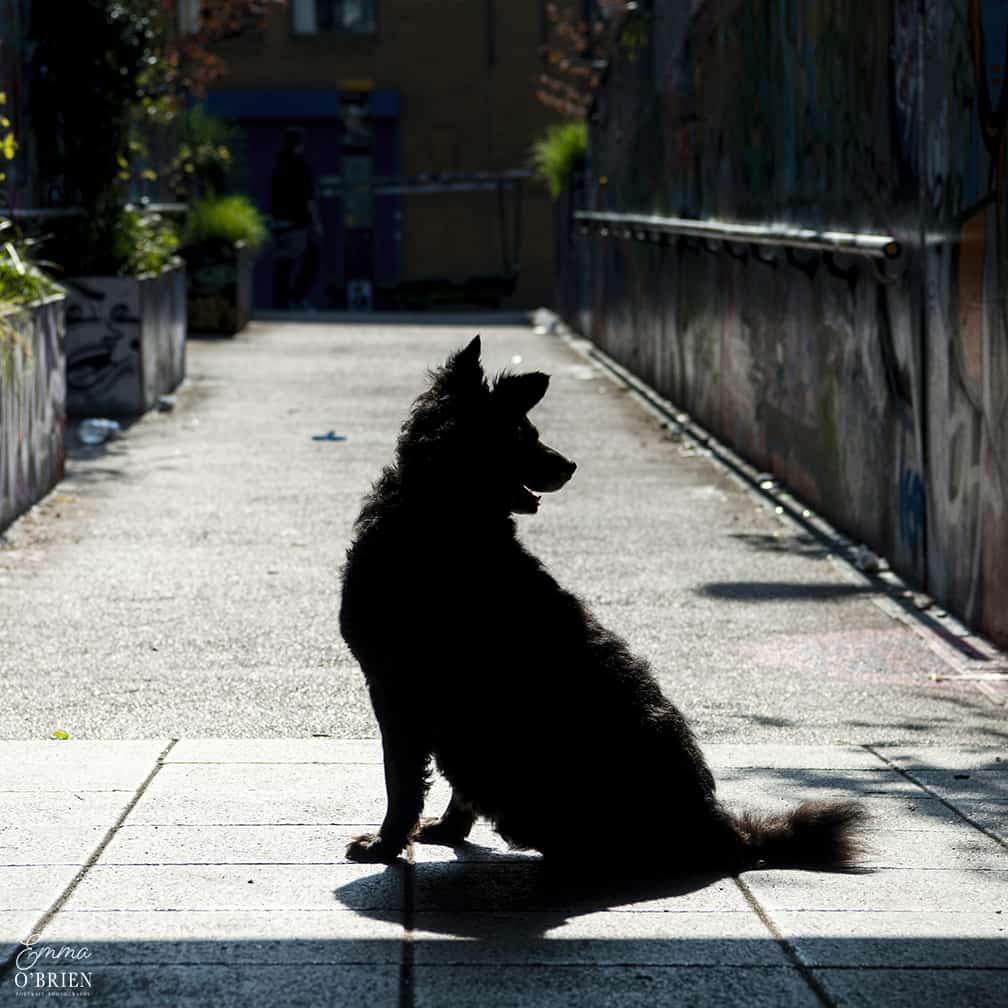 Belinha as always was a superstar (not that I’m biased) and Emma was able to capture Belinha’s personality in some amazing photos that I will treasure forever. 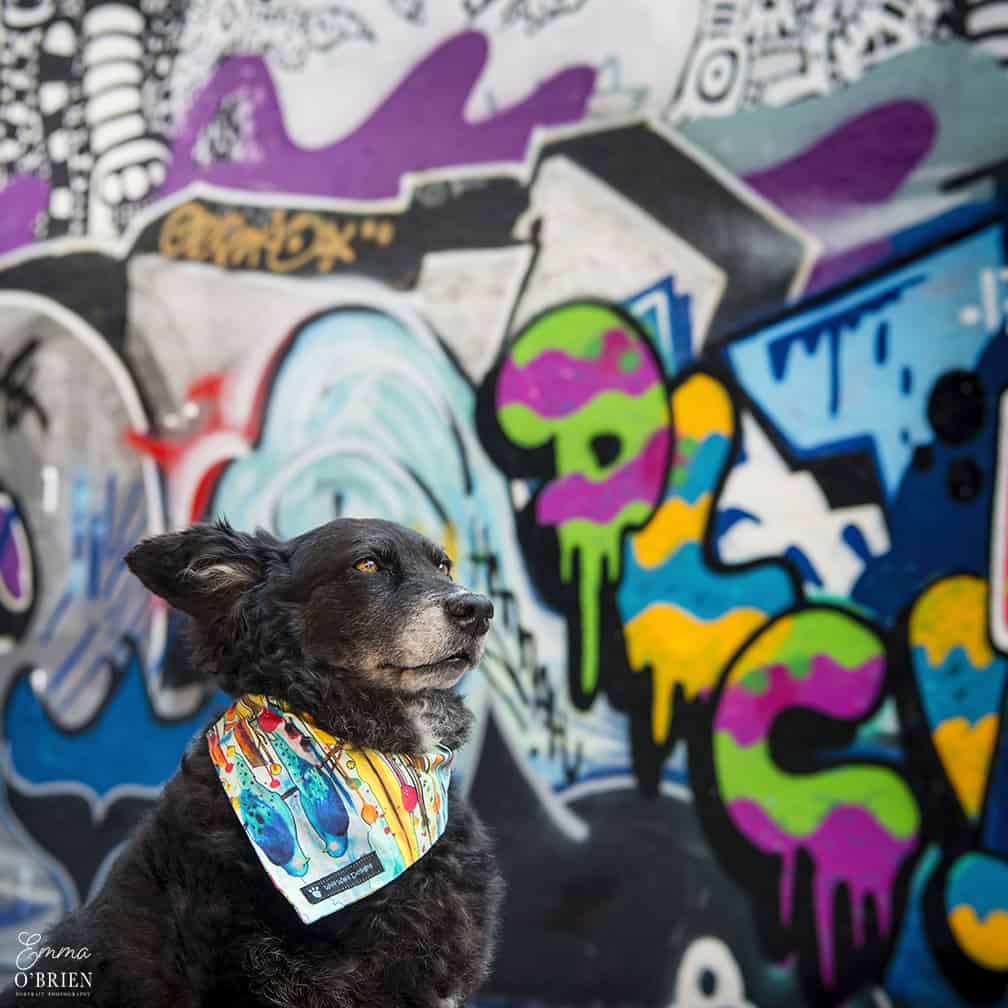 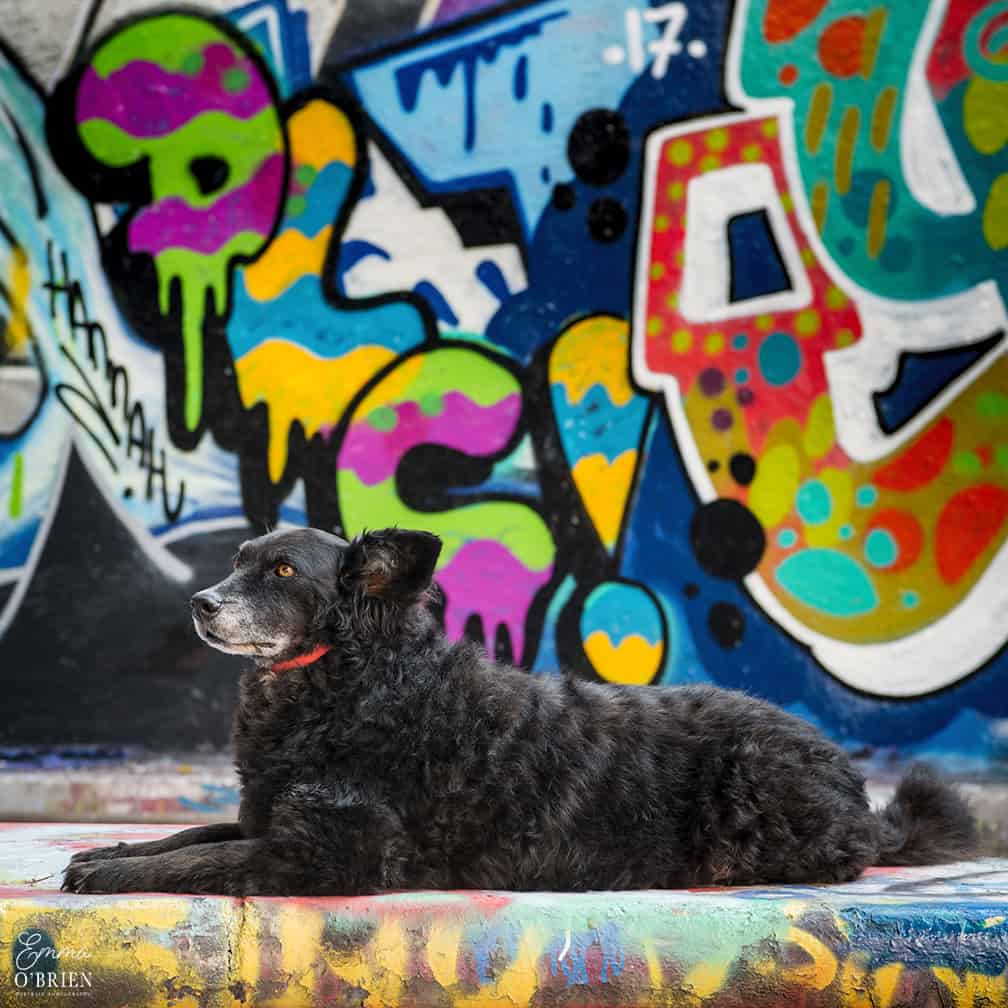 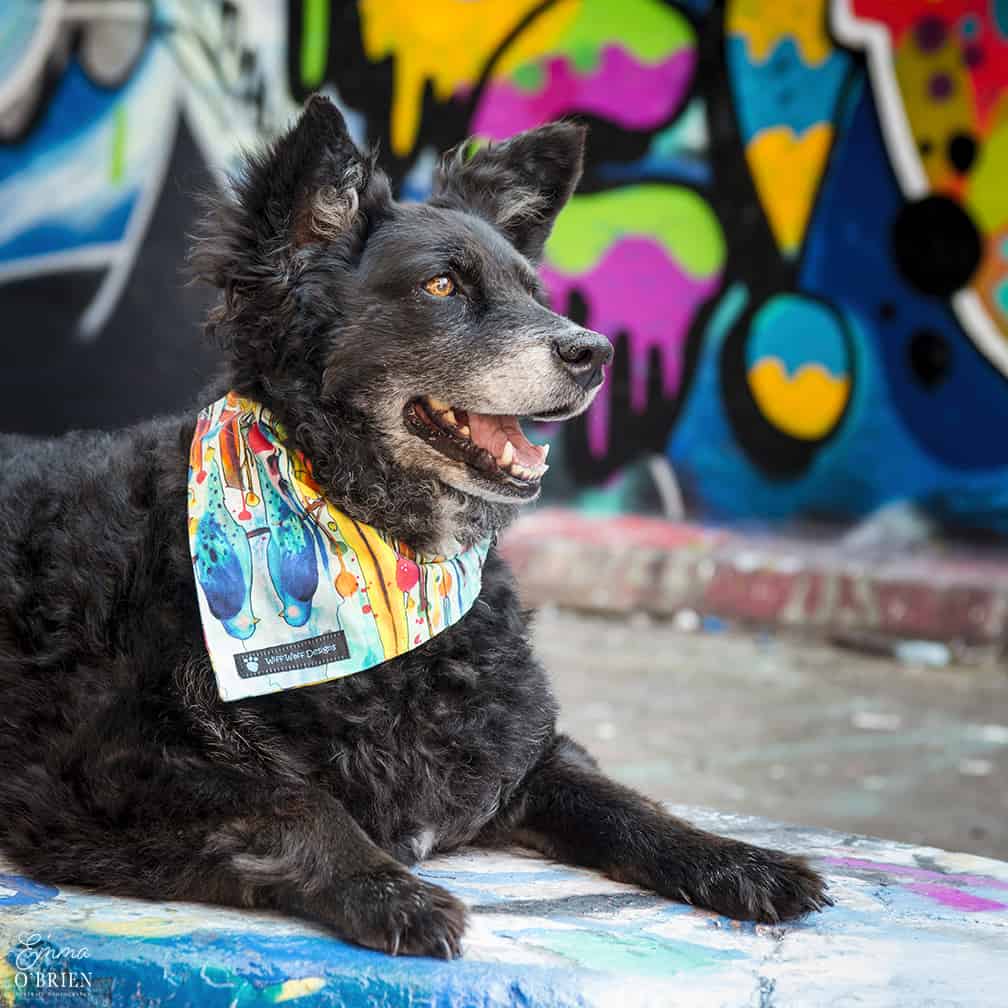 Emma even persuaded me to get in front of the camera which is pretty rare! 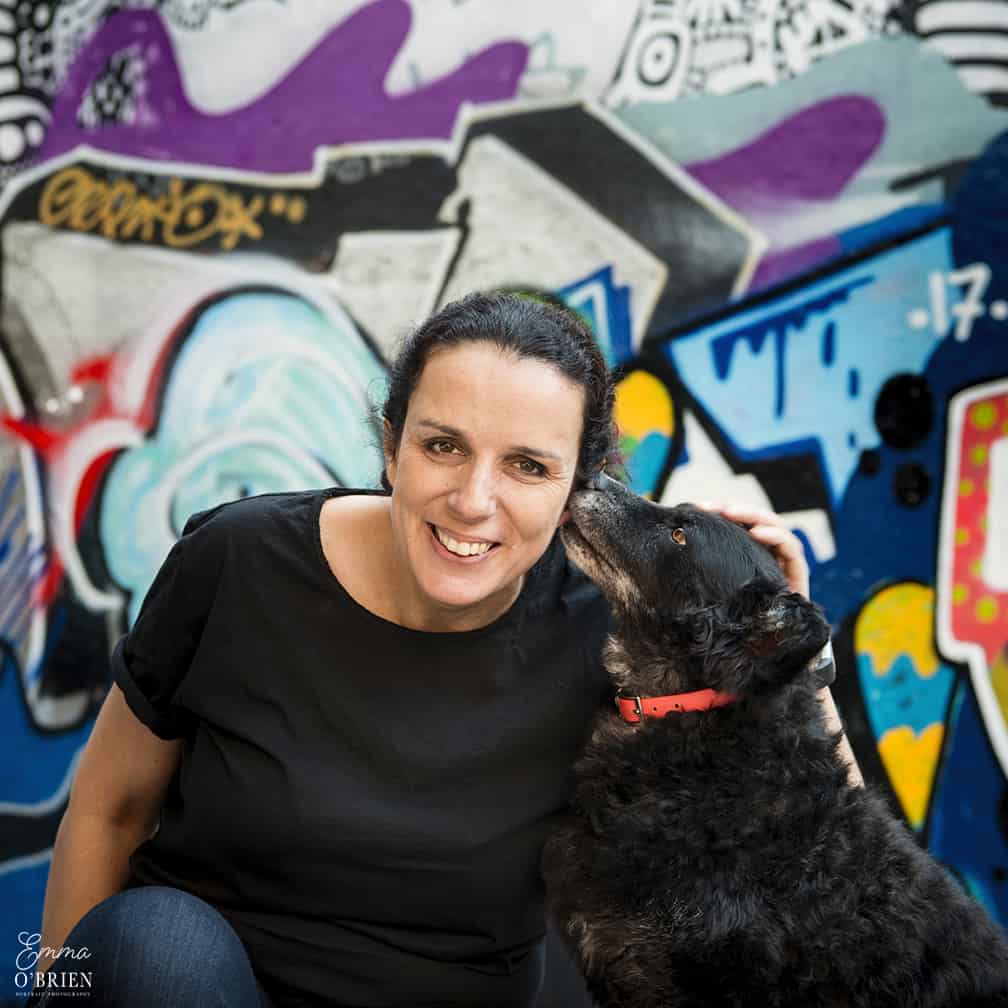 After the Leake Street Tunnel, we strolled down to Lower Marsh where Belinha really upped the Top Dog Model act and actually had passers by stopping to see who was being photographed! 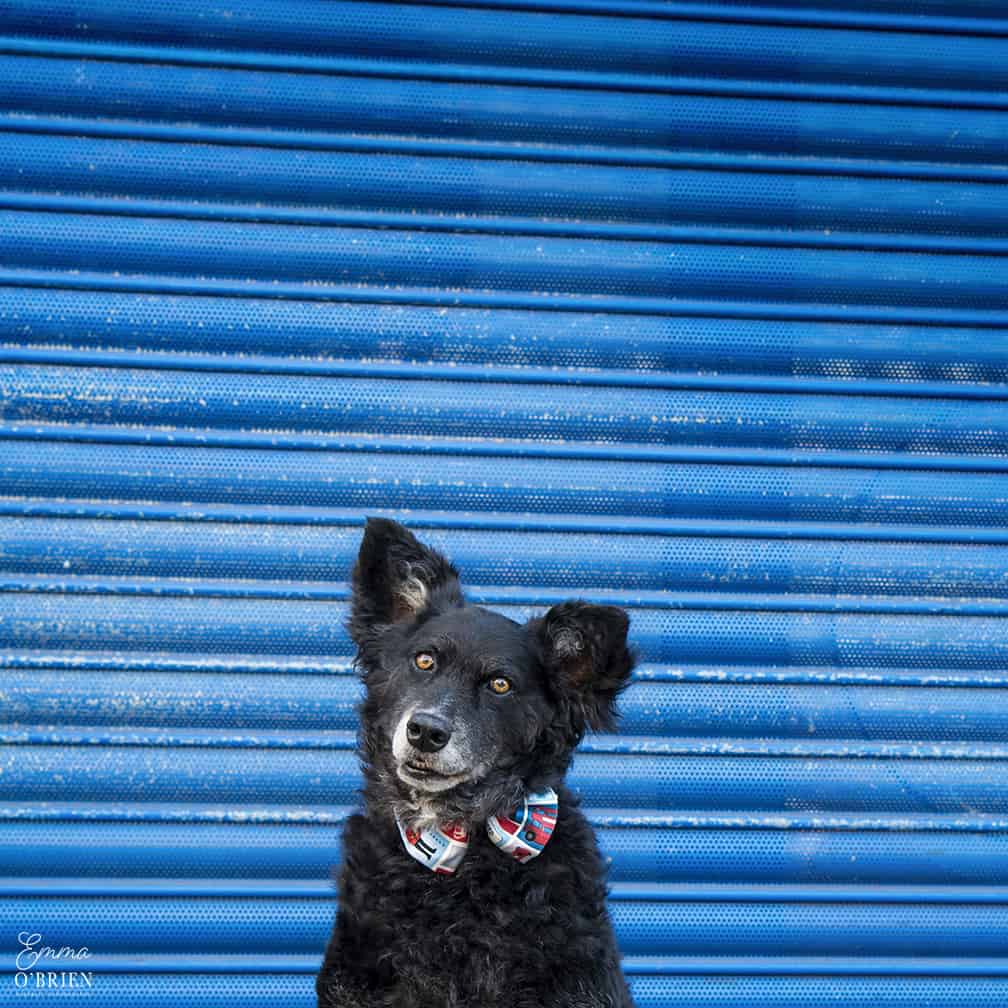 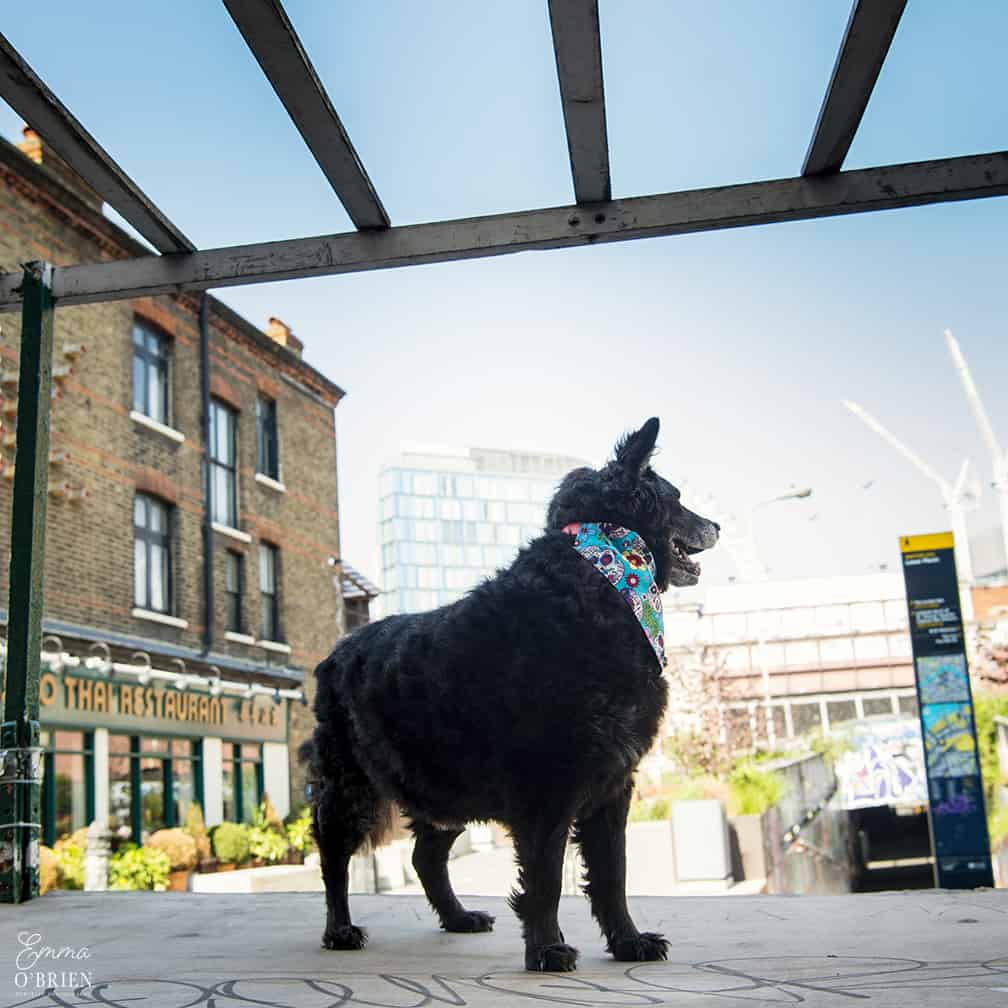 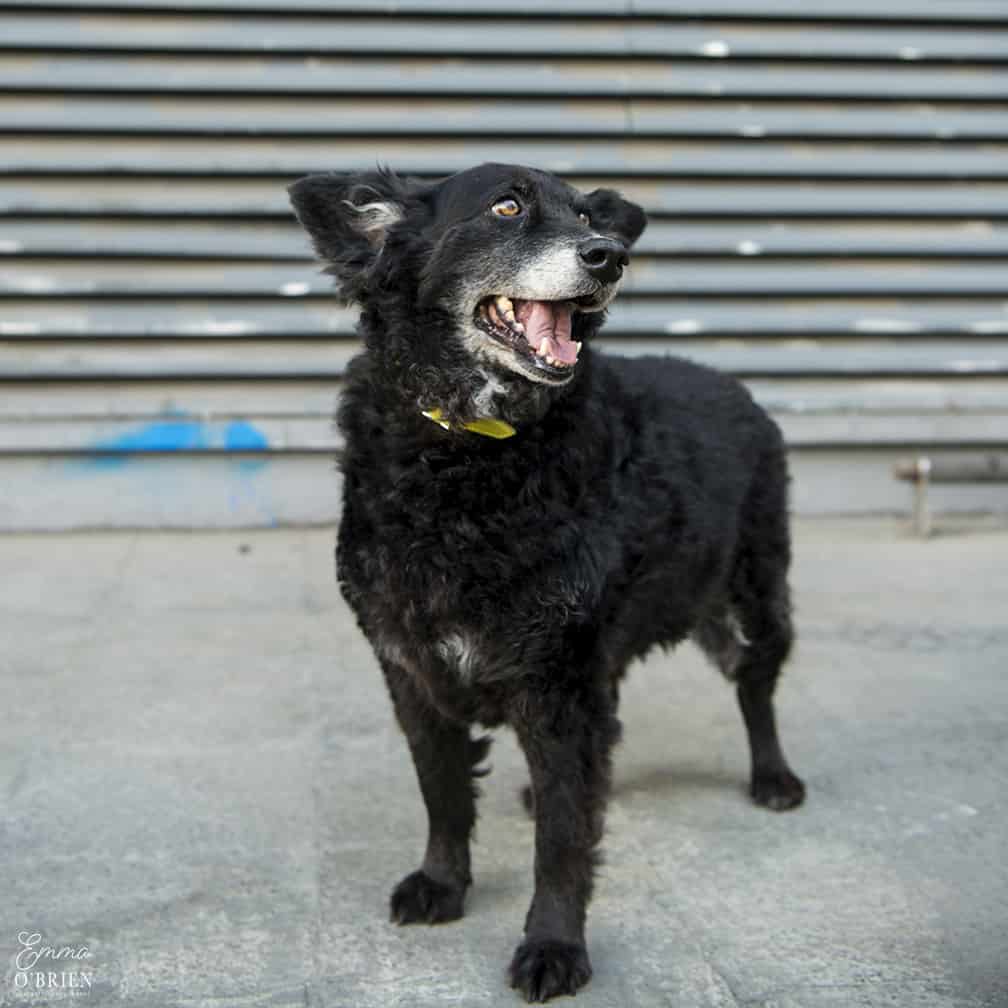 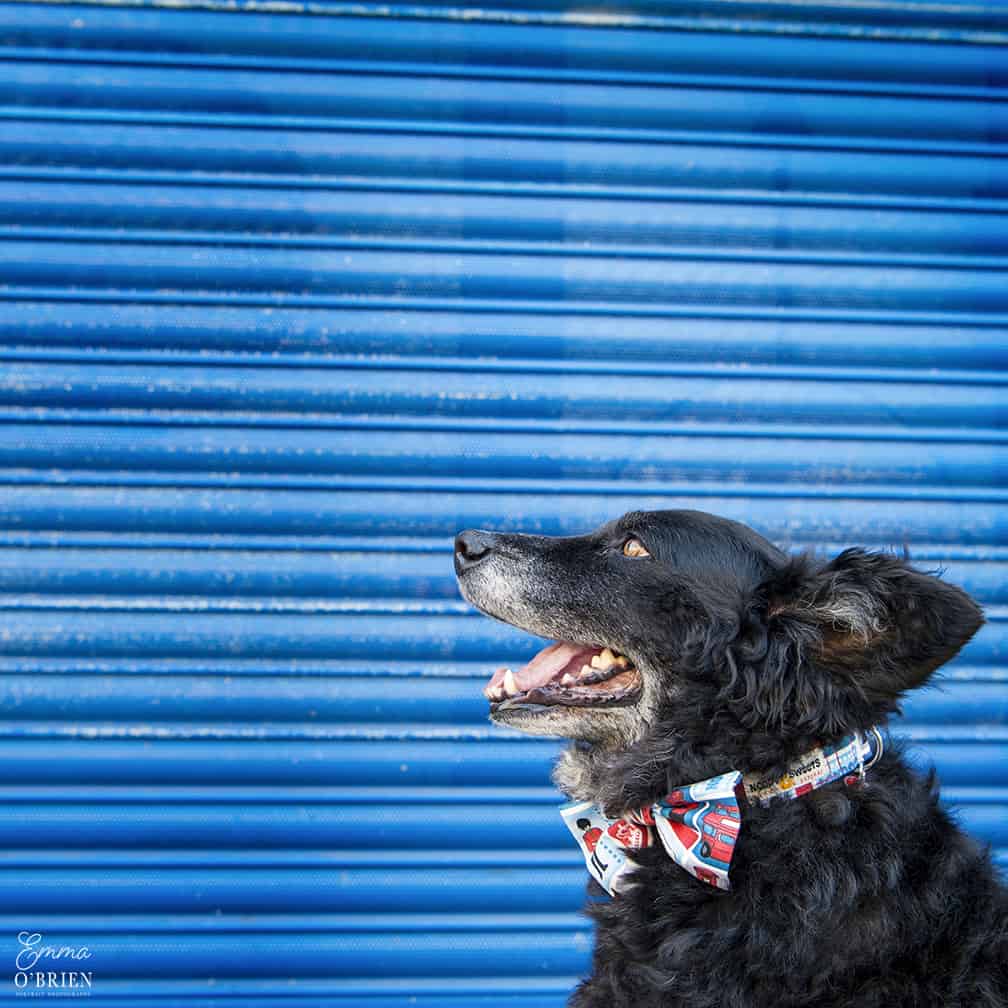 Not only was the photo shoot a pawsome experience (make sure you check out Emma’s blog post about Belinha’s Urban London Dog Photo shoot too) but Emma and I soon discovered a shared love for rescue dogs. Five of Emma’s seven dogs (yup, you heard those numbers right) are rescue dogs and Emma volunteers her time to help show off the best side of the four-legged residents of Johannesburg’s Community Led Animal Welfare program (CLAW). Emma also has a rescue parrot called Richard…as you do.

Emma’s passion for helping rescue dogs really shines through as you can see on her website ‘Adoption Is The Only Option’ (well said), which showcases mixed breed dogs and paws crossed, their rags to riches stories. Apparently mixed-breed brown dogs are to South African shelters what Staffies are to UK shelters i.e. they’re full of them, so a helping hand to show off their best side is much-needed. We were also pretty impressed to hear that for the last six years Emma has created a calendar for local shelter Sandton SPCA that has raised a whopping R$1 million (about £60,000) and next on her list is a crowd-funded rescue dog book project.

Emma, we salute you on all accounts! 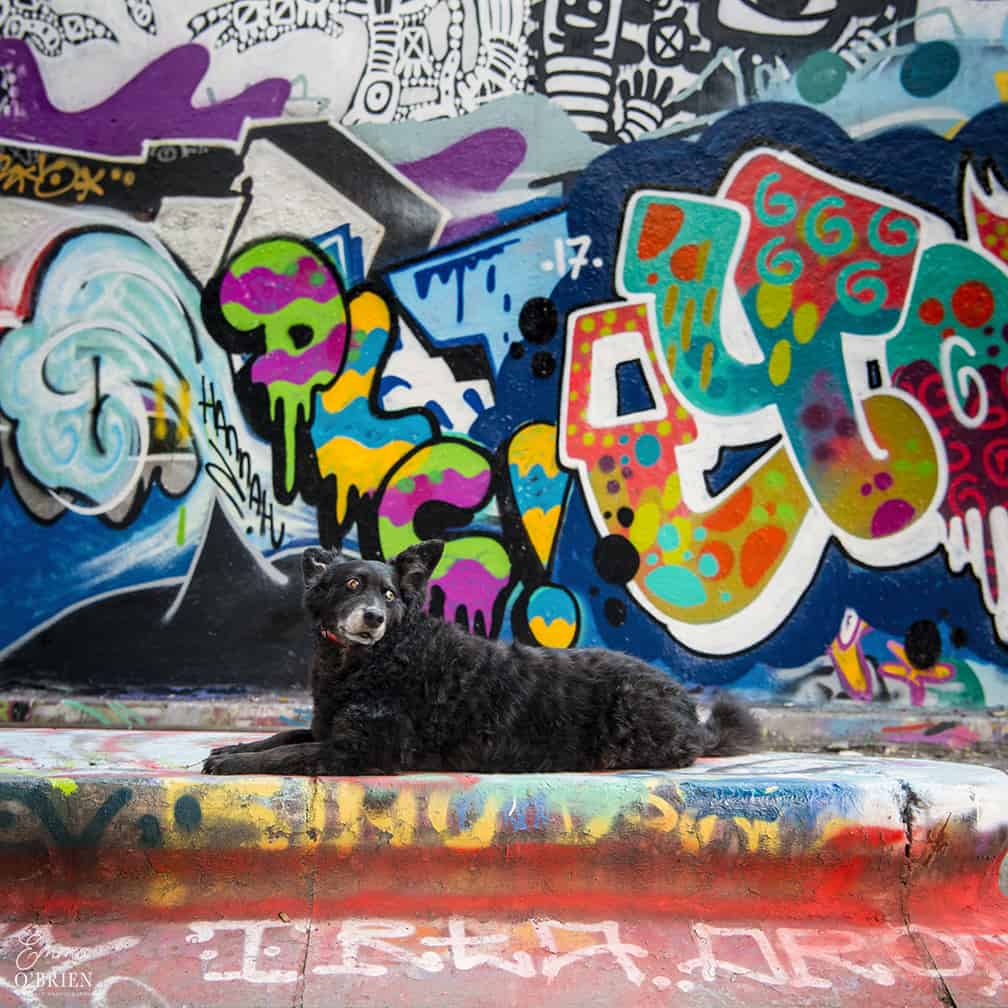 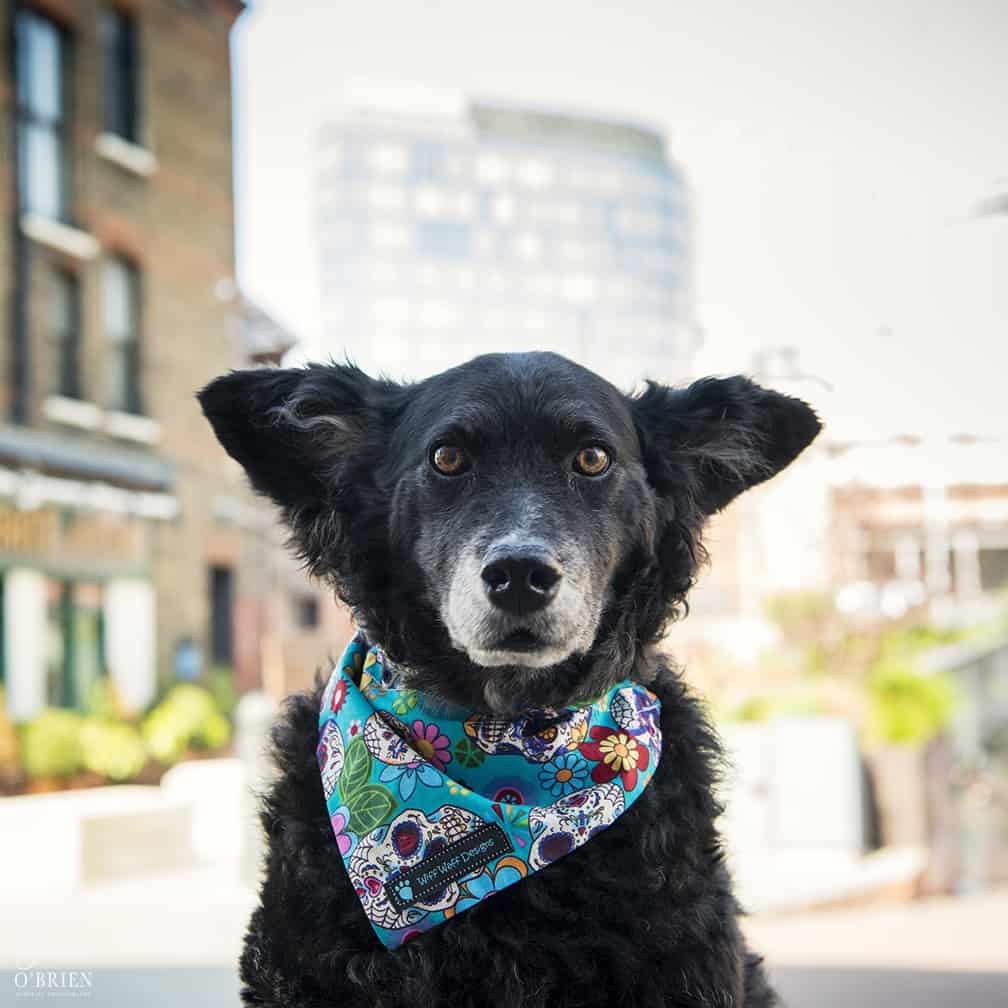 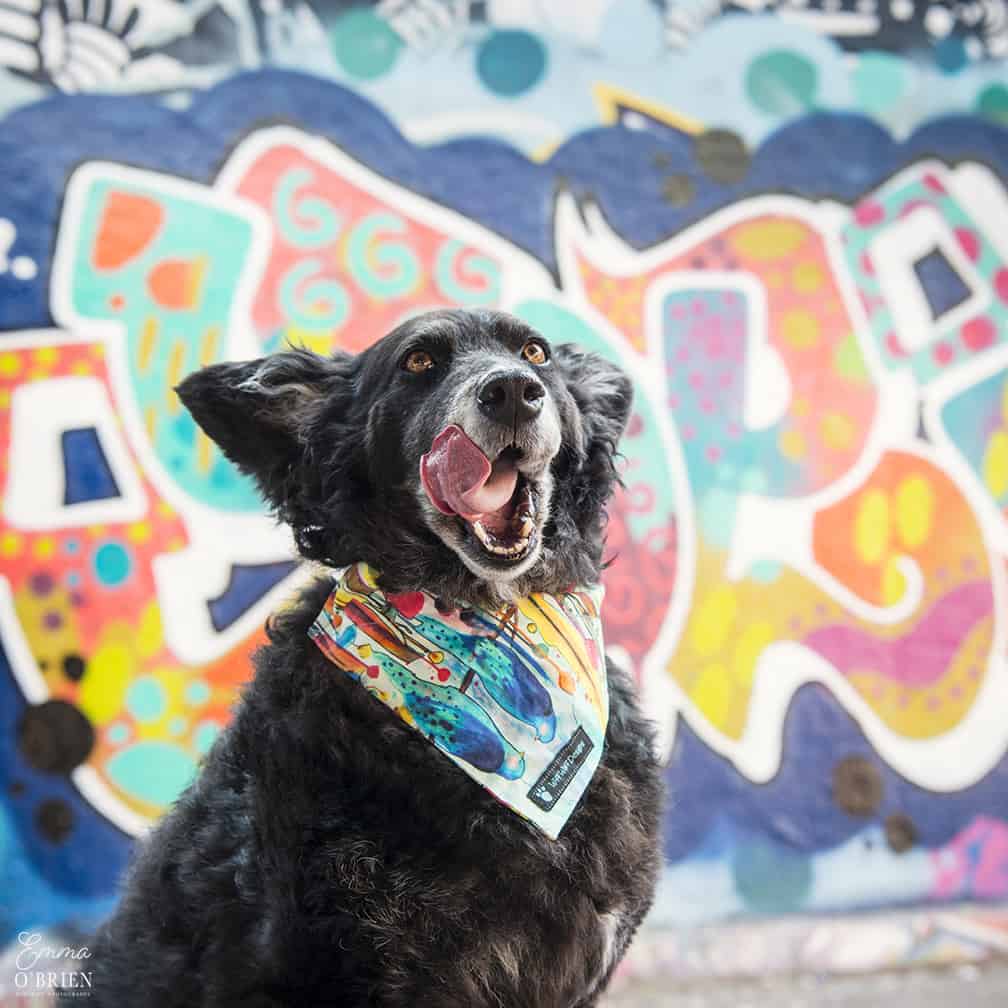 To book a London Dog Photo Shoot for your pup, here’s how you can reach Emma: