When we recently heard about dog and human paddle boarding on the Thames hosted by City Paws Club (the UK’s first dedicated outward bound centre for dogs), we were simultaneously super excited and extremely nervous at the thought of giving it a go! Let’s just say we’re not the most likely participants that come to mind seeing as neither human nor hound are that athletic. Not letting a minor detail like that (nor that fact that we’re not the best swimmers) get in our way, we signed up. 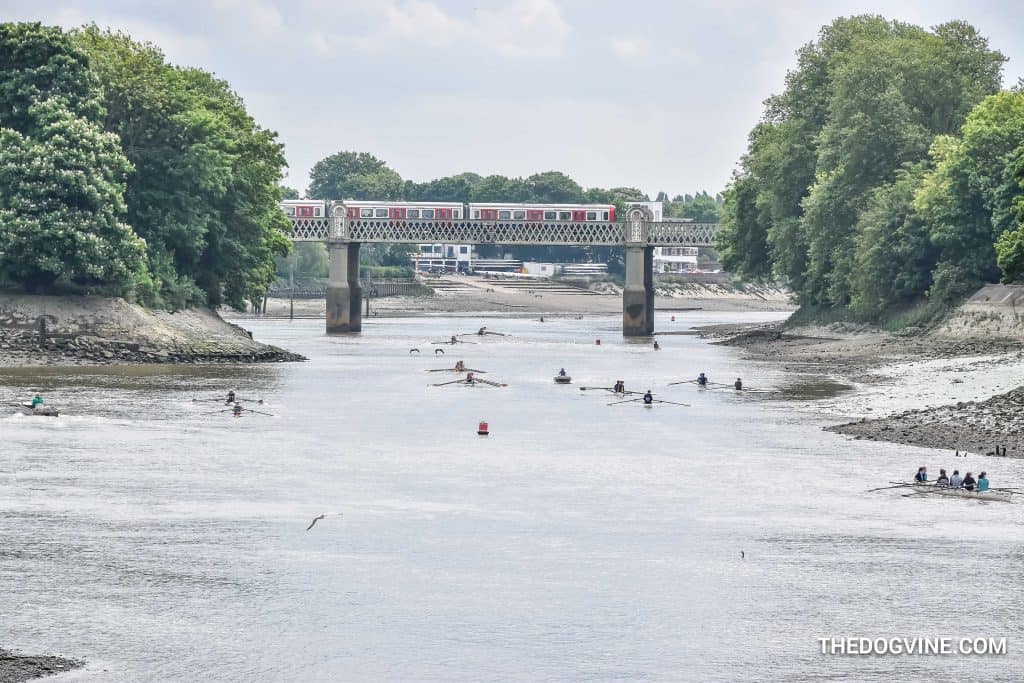 In terms of things to do with your dog, dog and human paddle boarding has to be at the top of the ‘different’ category and definitely ticks the box for a unique experience. Honestly we had no idea what to expect but imagining things going well, saw us serenely and effortlessly gliding down the Thames!

After making sure we had some of the logistics covered – both dog and human life jackets are provided (phew), we were very much looking forward to giving it a go. On the big day, we met eleven other humans and their hounds at Active 360 under the Kew Bridge Arches for a kitting out and briefing. I was pleased to hear that several of the experienced Active 360 instructors would be joining us and well as pack leader Matt from City Paws Club. At least there would be someone not too far off to help fish us out if we fell in! 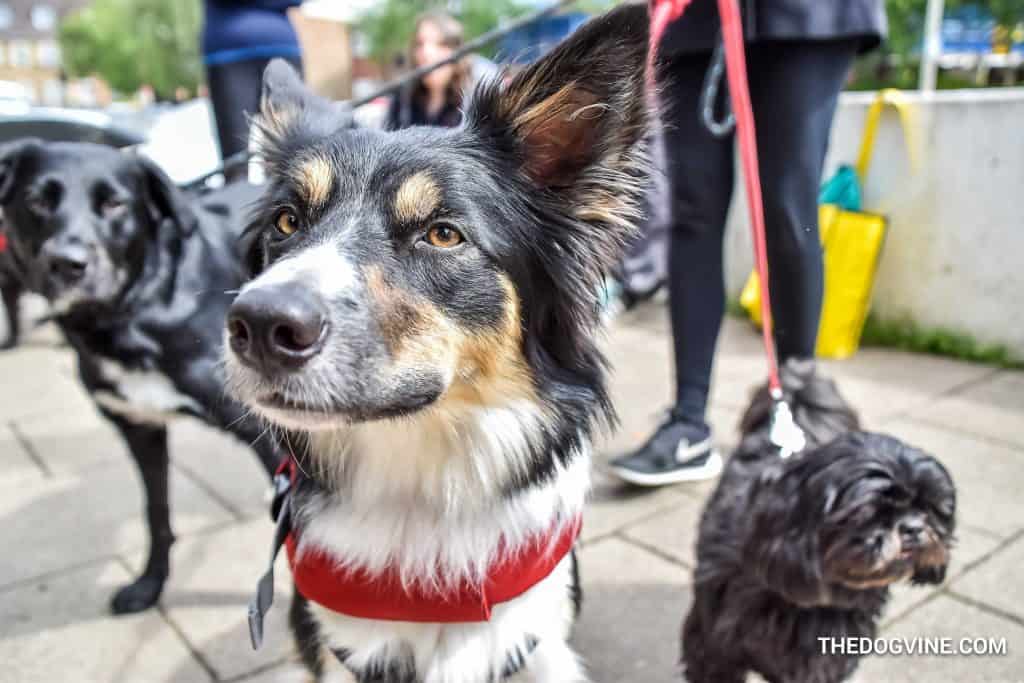 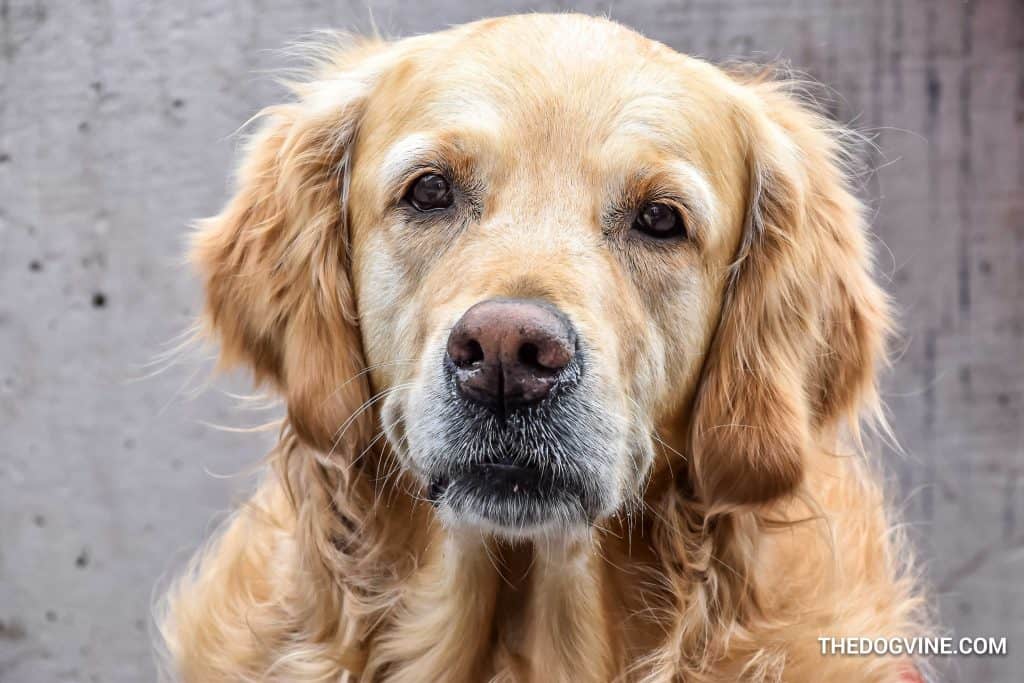 Given that dog and human paddle boarding was a new experience for the dogs, it was important to get them used to the boards on dry land first. With the help of some treats helpfully provided by Matt, we enticed the dogs onto the boards and encouraged them to sit and lie down to get comfortable. Somehow I managed to end up with two dogs on mine…Belinha and little Alfie. Fine on dry land just not on the river Alfie! 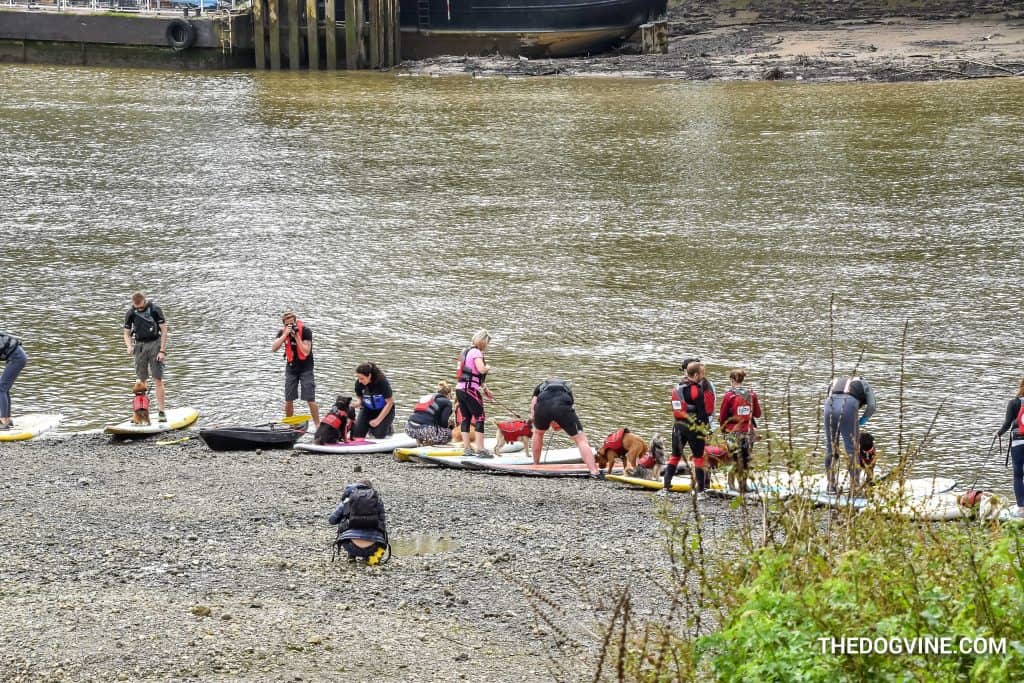 Then we were off…after a few rocky steering moments we managed to get going in the same direction as everyone else which was a good start! It’s best to start in a kneeling position which is much easier than standing up. It’s also good for dogs who are a little unsure (as was Belinha) as they can stay close to you for reassurance. 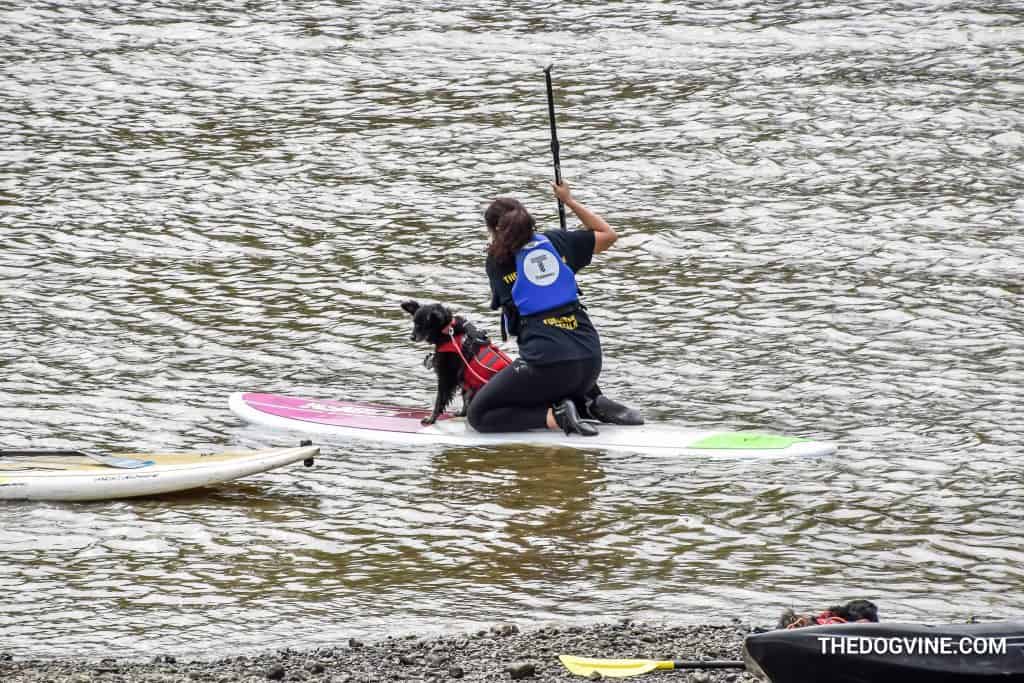 Some of the other dogs like Frank the wire-haired Vizsla needed no reassurance whatsoever and seemed to think this was dog and human swimming instead!

Once you get some confidence you can progress to standing up (it is called stand-up paddle boarding after all). Sam the instructor helpfully held Belinha on his board whilst I gave this a go and oh my….does this give you a leg workout or what! Weirdly, your legs start to shake uncontrollably (apparently happens to most people first time) which doesn’t bode well for not capsizing. Surprisingly however, I didn’t capsize (don’t worry that moment comes later).

We glided (yes, there were moments when my vision of serenely gliding down the Thames became a reality) from Kew Bridge to Chiswick Bridge and were even able to catch some of the moments on video (as seen from Belinha’s point of view)…

Of course with dogs in the mix, things didn’t go quite as smoothly as planned. As well as spending more time in the water than on his human’s board, Frank decided that when he wanted to get back on board, any board would do. For the shakier stand-up paddle boarders like us, this made for some interesting times and a couple of near total immersion moments! Then there was Tessa the collie, who clearly decided paddle boarding wasn’t enough activity for the day and that swimming to the river bank and making a run for it would be far more exciting. Tessa was followed swiftly by Gustavito, and both were swiftly followed by their humans. Not so funny until Tessa and Gustavito were tracked down, but adding to the humour of the day once they were safely returned to their paddle boards.

After all the excitement and reaching Chiswick Bridge, we stopped for a pit stop at The Ship pub to wait for the tide to turn so we could head back.  By this point we were feeling quite the pros, having not fallen in (despite Frank trying his best to help make that a reality) and we paddled back with new-found confidence.

I hadn’t counted on Jake, the very excitable chocolate lab however. Having already had his owner in the water on more than one occasion, Jake couldn’t contain himself at the sight of a (not so happy) swan. The only trouble was we were headed on a trajectory right down the middle of Jake and said swan. Clearly a swift change of course was needed, however my paddle boarding skills weren’t quite up to the swiftness with which I put this into action and we found ourselves capsized in the Thames. Thankfully the Ruffwear dog life jacket made it really easy to grab Belinha by the handle on her back and get her back on the board. Safe to say, Belinha was not impressed at the sudden dunking.

Fortunately that was the only dip of the day and we made it back to base looking like pros on the home stretch, although being dripping wet was a bit of a giveaway.

About three hours had flown by and I can honestly say, this was one of the best experiences we have had in a very long time! Not only was it hilarious fun, but it is a great bonding experience with your dog too. As nervous participants, the Active 360 team did a fantastic job of making us feel comfortable and lending a helping hand when needed and there wasn’t a moment when we didn’t feel safe. 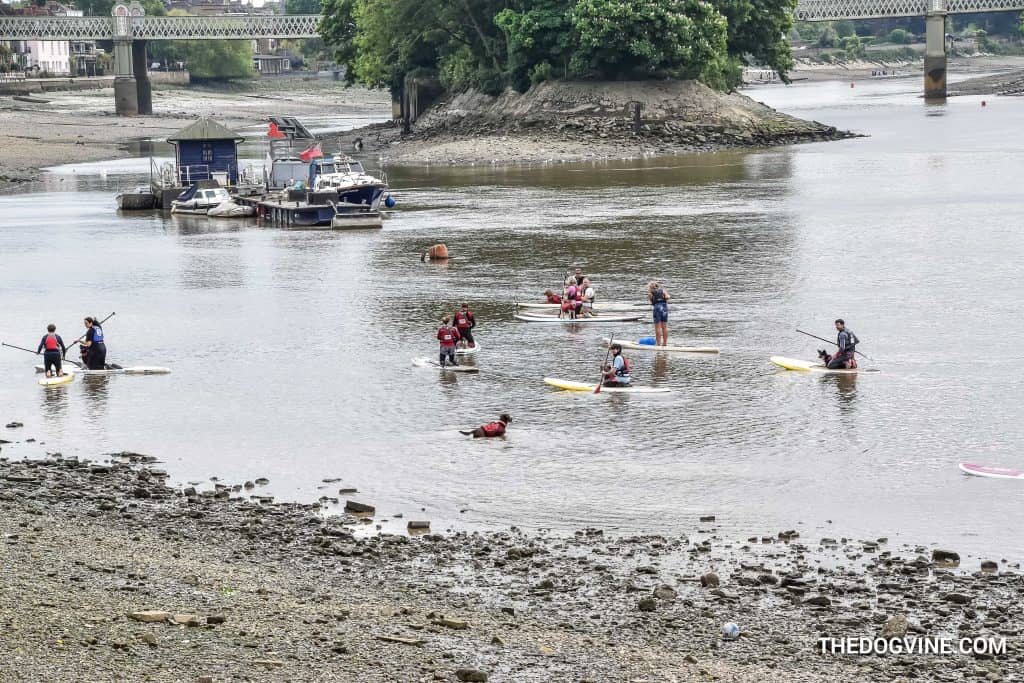 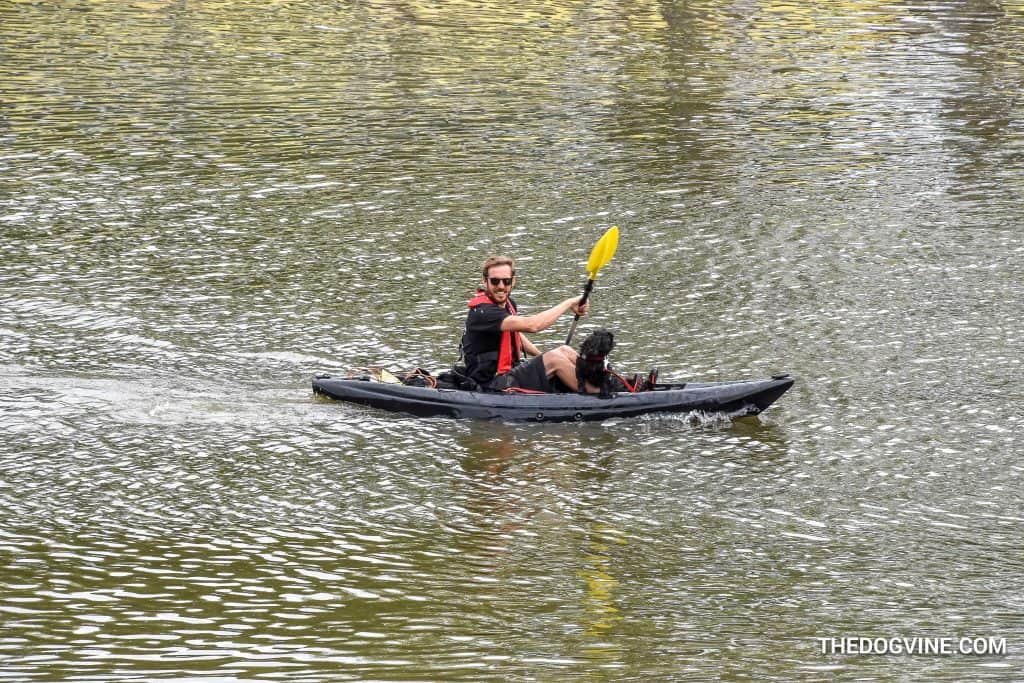 A big thank you to Natasha Balletta Photography who came along to photograph the event and despite ending up covered in mud after an unexpected sinking on the river bank, got some fantastic photos of us.  You can view Natasha’s full gallery of the day here.