Yesterday it was time for the eagerly awaited All Dogs Matter Great Hampstead Bark Off 2018 on Hampstead Heath where London Dogs came along to put their best paw forwards in the hope of winning one of the coveted dog show titles awarded by the celebrity judges (who included Matthew Wright, Michelle Collins, Kevin O’Sullivan, Pip Tomson, Marc The Vet, Anneka Svenska and Anna Webb). 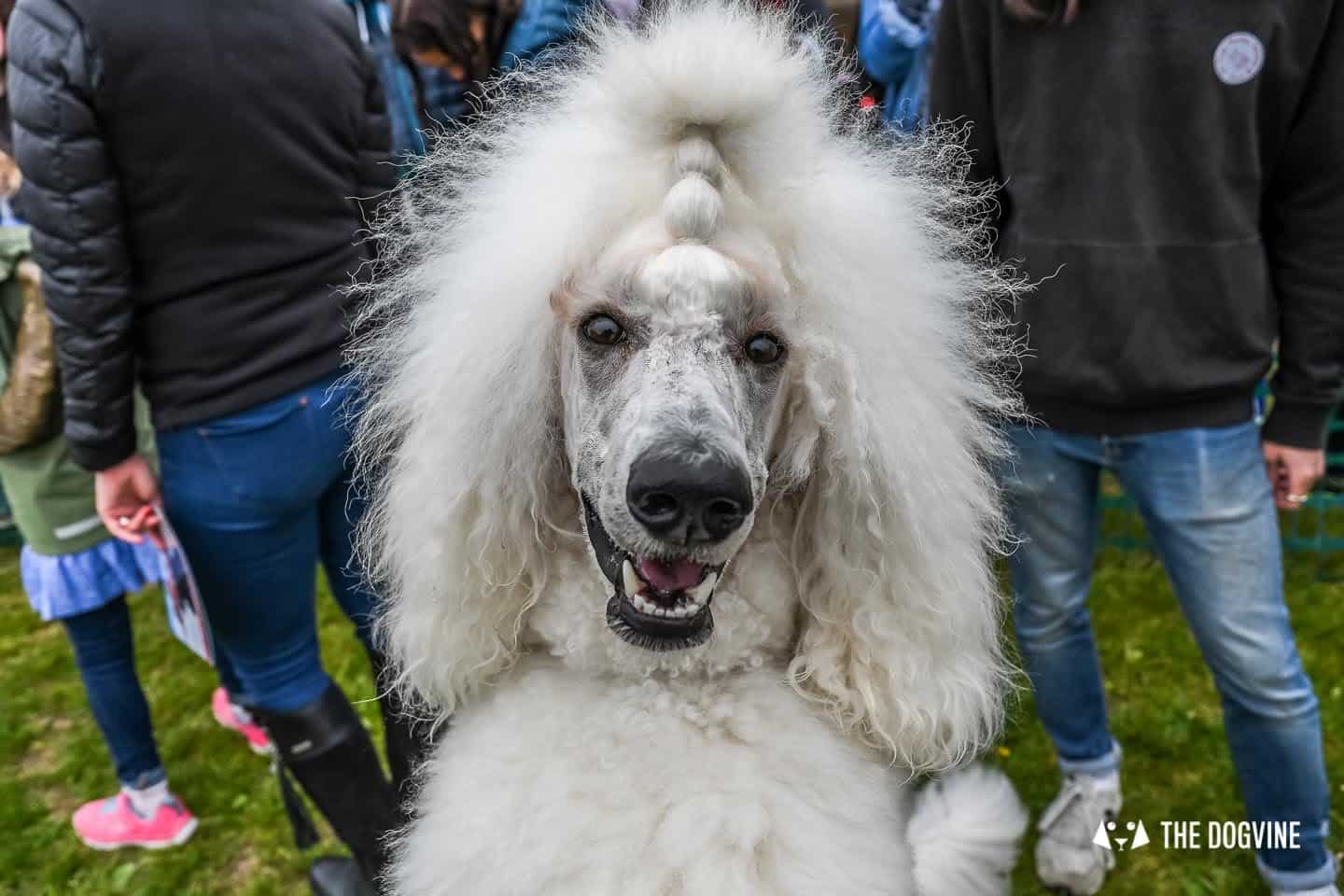 As well as the dog show, stalls from some of our favourite London doggy brands such as Ellery Bow, Duke Loves Fergie, Growlees, Slumbering Hound and PoochPlay were on hand for humans to spoil their pups. This year, rescue dogs of London also got the chance to sit in the spotlight on the ByBenji Biltong Treat Throne and be filmed for a special edition of Animal Watch TV hosted by Anneka Svenska where these special pups will get to tell their story, we can’t wait to see the finished film! 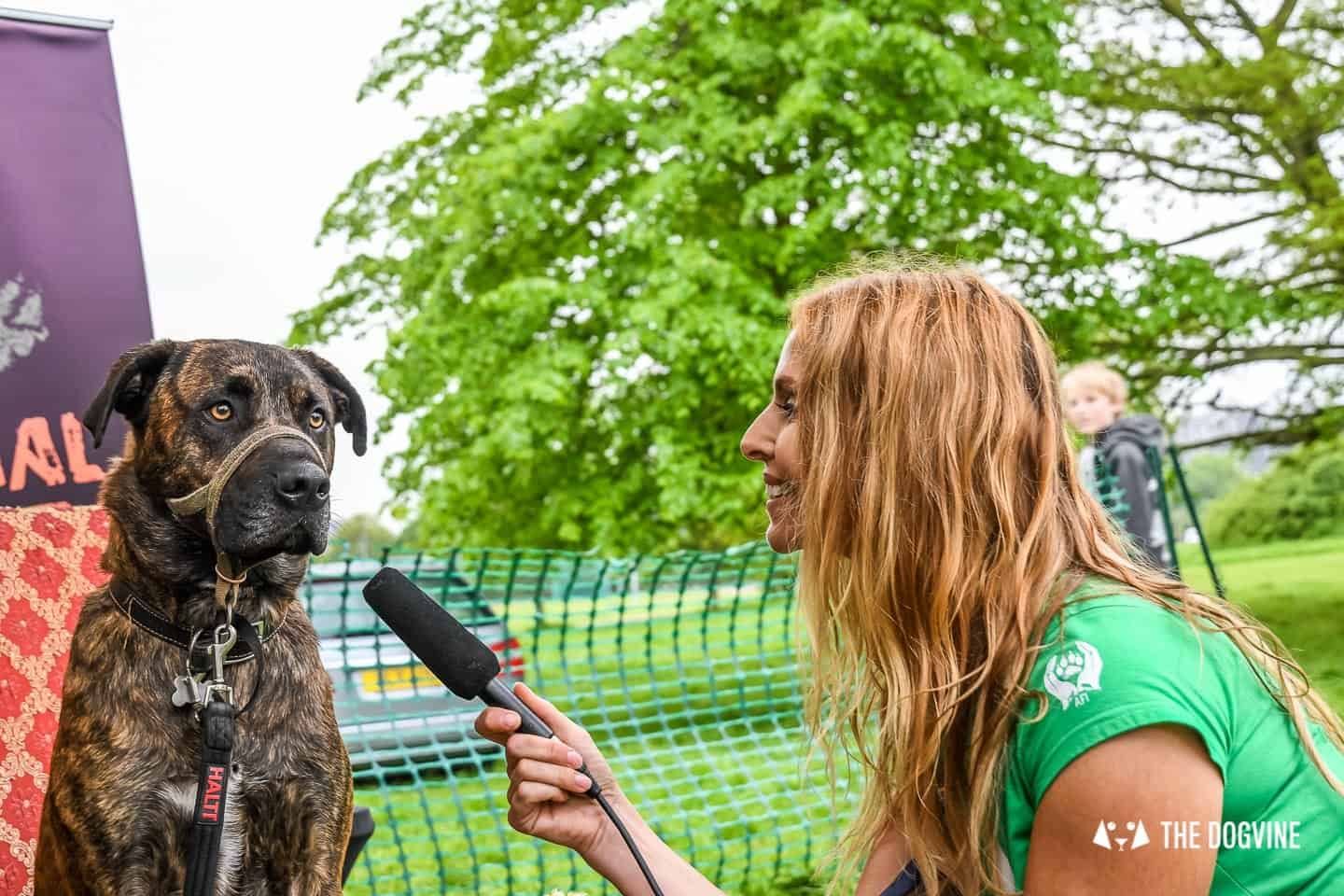 With six categories in the fun dog show, things kicked off with Cutest Pup and what a way to start. Literally London’s cutest canines had turned up for this one so the judges had a hard job to choose the winners.

Next up it was our favourite category, Golden Oldies with more than one pup who could possibly hold the record for London’s oldest dog at 18 years old! Just love all those senior faces.

By this point, it became apparent that London’s weather was not going to behave (unlike previous sunny years at the Bark Off) but that didn’t stop London’s dogs, oh no. Although some were decidedly unimpressed with the rain, others, with the help of their humans made the best of it.

Always a firm favourite and a very popular category especially with so many ex-all dogs Matter Doggies around (All Dogs Matter rehome hundreds of dogs each year) is Best Rescue. Each one of these special pups had a very special story to tell.

Guaranteed to be a hoot because you never know what the kids will say or do (especially when faced with comedy compere Phil Lassman) is Best Child Handler. London’s little ones proudly showed off their pups, some very recently adopted from All Dogs Matter.

Finally it was time for King and Queen of Hampstead Heath 2018 to be crowned with the Mr Heath and Miss Heath category. 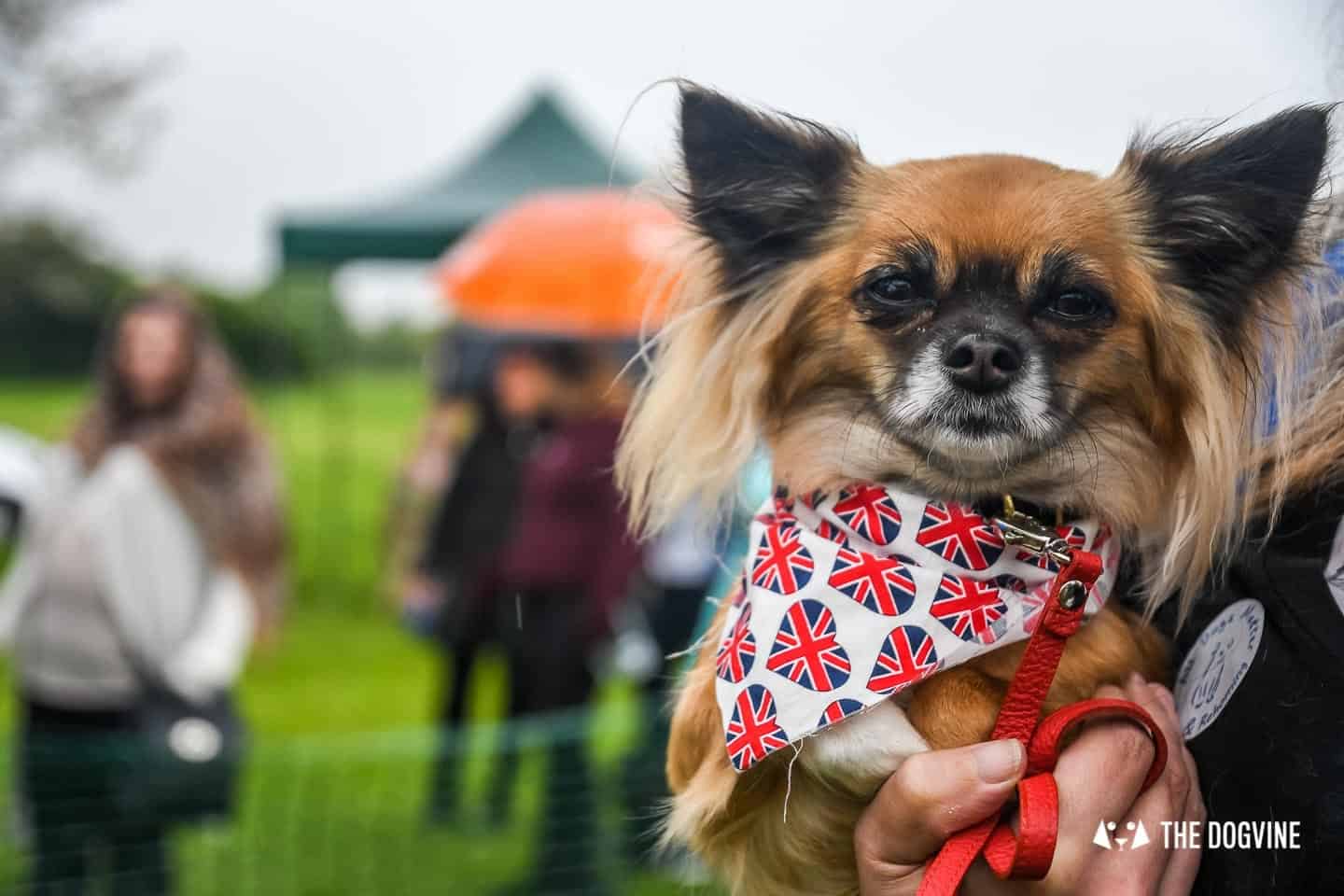 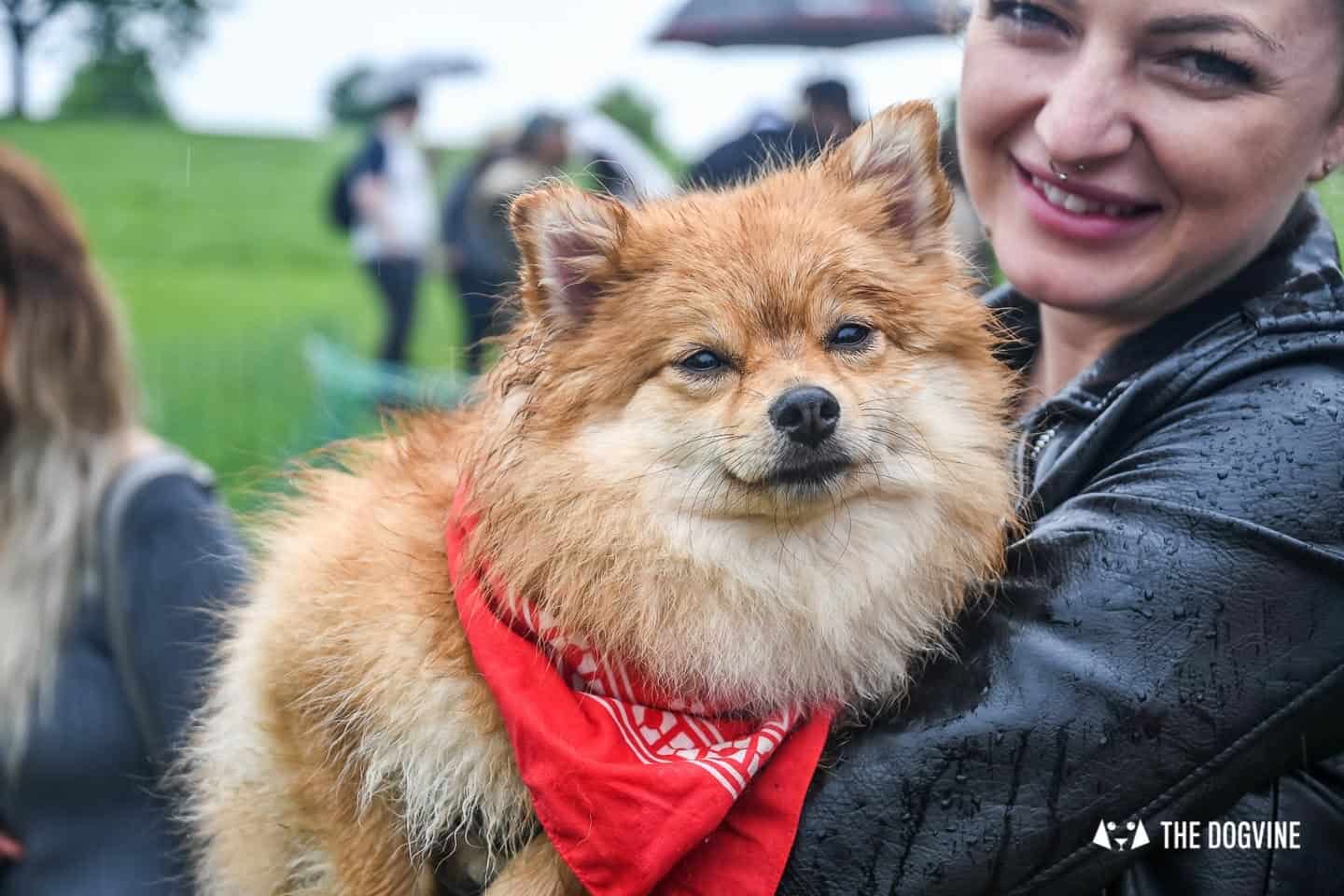 There wasn’t a dry eye in the ring when little Lily won Miss Hampstead and her owner was moved to tears (of joy). In all the time we’ve been covering London’s dog shows, this was a first and made for a very special moment. 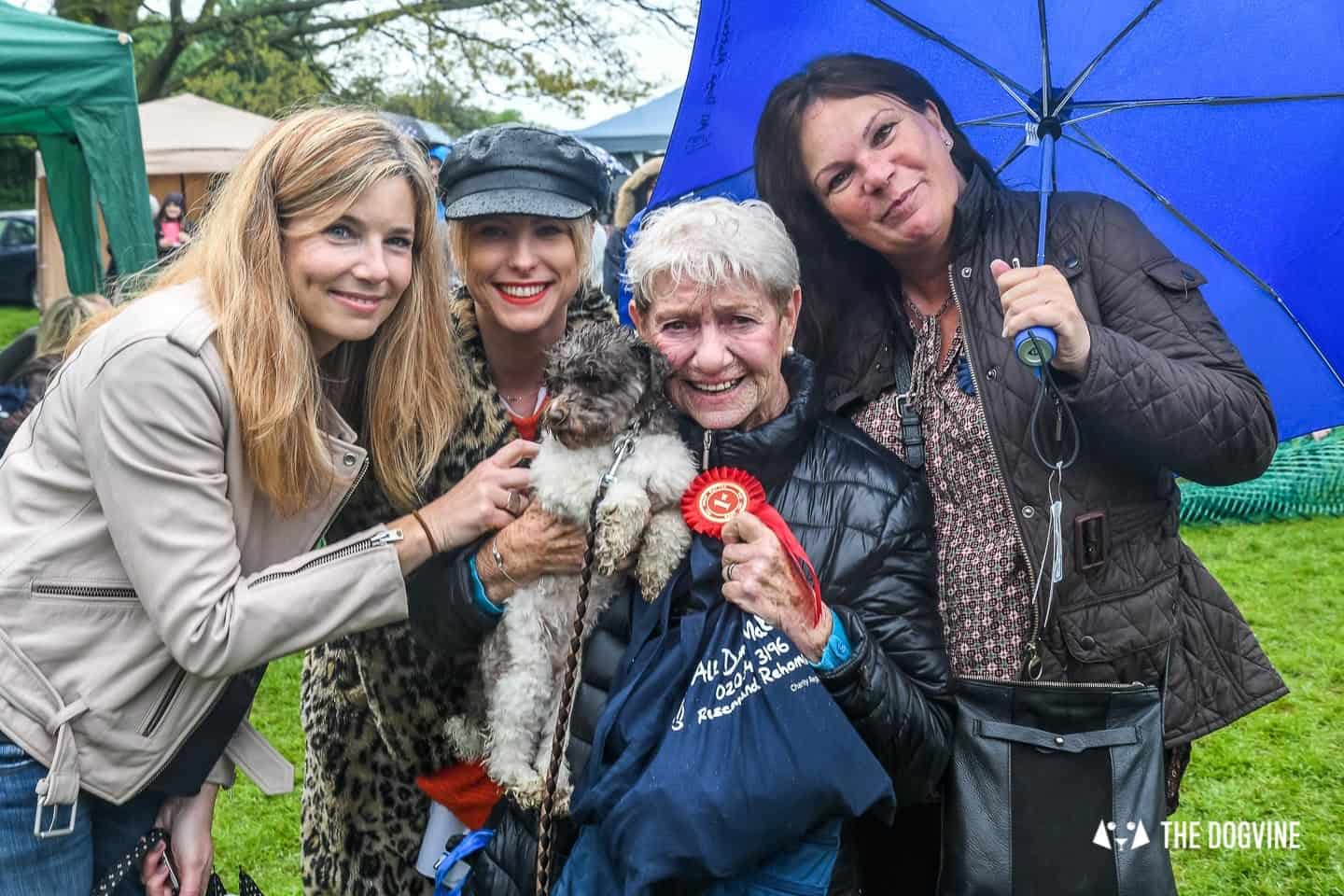 Last but by no means least, handsome hounds galore contested for the crown of Mr Heath.

Despite the rain, London Dogs did themselves proud at the Great Hampstead Bark Off 2018 and whether a prize was won or not, every dog was definitely a winner in our eyes!

Little rescue dog Adam was at the show looking out for his new home. If you’re thinking of offering a home to a wonderful rescue dog like Adam (you won’t regret it), please visit the All Dogs Matter Dogs for Adoption page.

Our photos from the Great Hampstead bark Off 2018 will also be up on our Facebook Page shortly!

Don’t forget to stay up to date with What’s On for London Dogs on our London Dog Events Calendar.