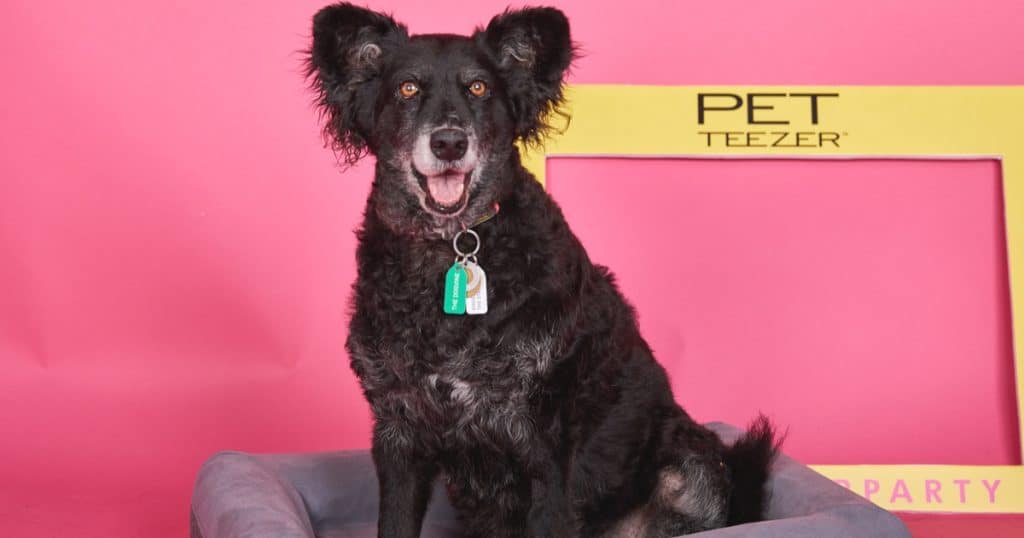 Last week we were invited to the Pet Teezer launch party in a beautiful terraced house in Stockwell. There was a lot of pink, loads of doggos (always a winner) and plenty of pupcakes (a paws up from Belinha).

Shaun Pulfrey, the inventor of Tangle Teezer was there to explain how he’s designed the two Pet Teezer products and how they differ from the human brushes. The first Pet Teezer is a detangling brush and the second a de-shedding brush. Daniela the groomer was on hand to explain when to use each one and that if you use the de-shedding brush regularly you’re less likely to have to fight those annoying balls of fur and fluff I often find lurking in the corners of my lounge. Sounds good to me.

Both brushes use a similar two-tier patented technology to the human Tangle Teezer. With the detangler, the longer teeth remove dirt down to the undercoat, whilst the shorter teeth detangle to protect against matting. 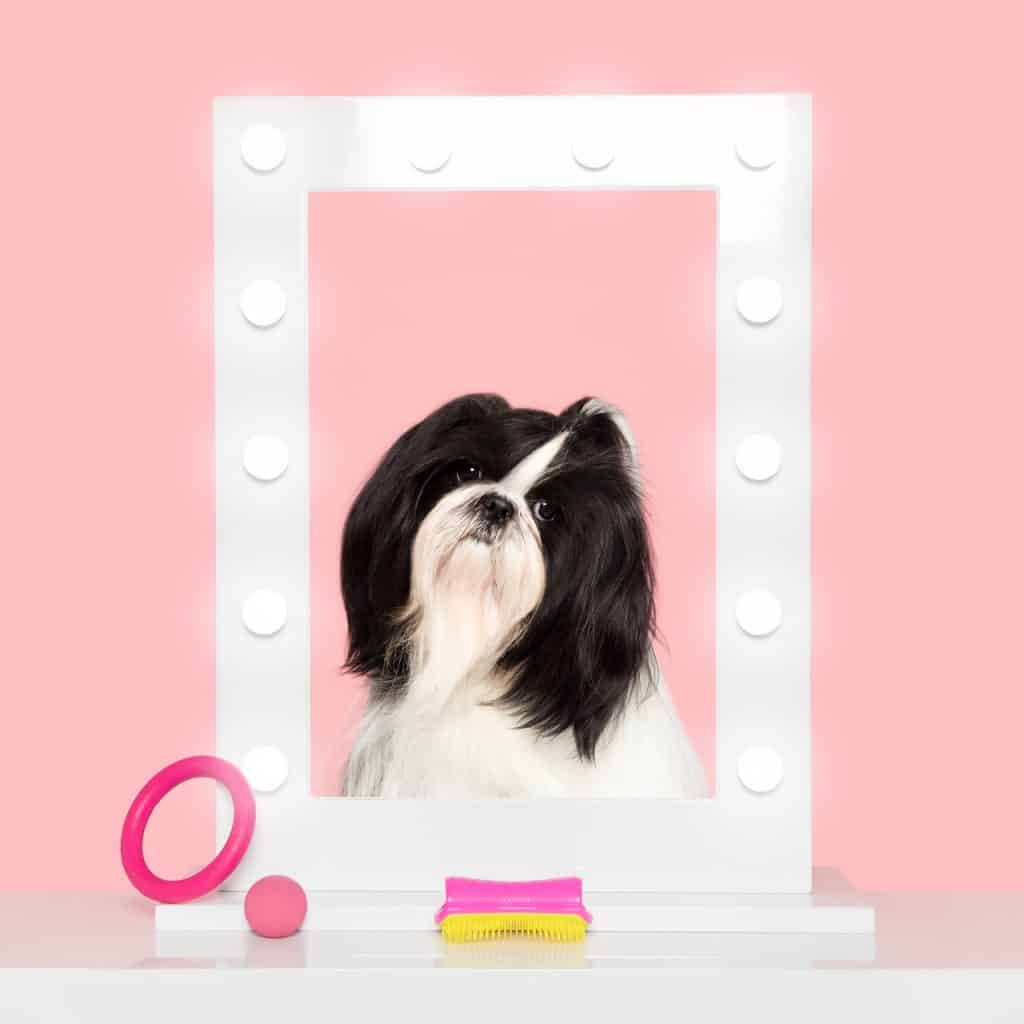 The de-shedder has stiffer teeth, with the longer teeth removing dirt whilst the shorter teeth pick up any loose hair and help de-shed thick undercoats. 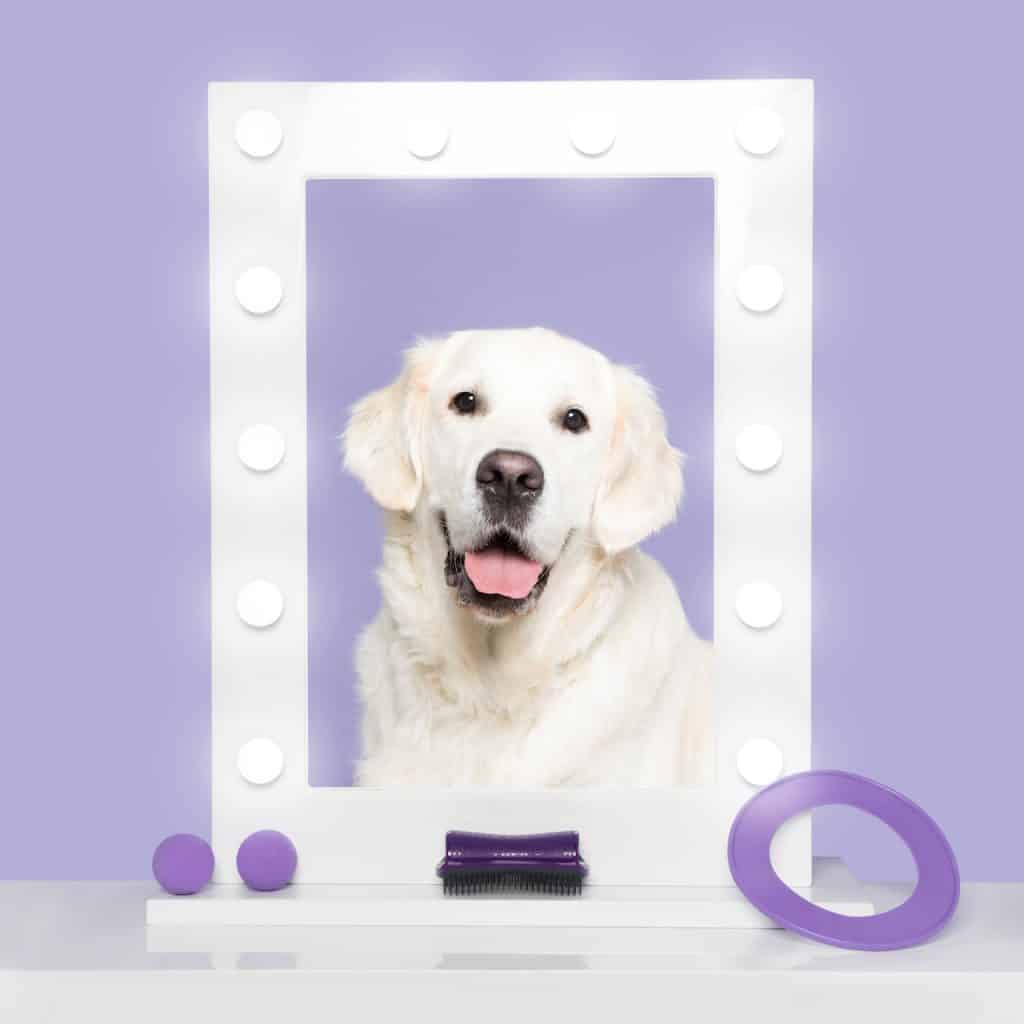 I loved the cool colours. I bet there will soon be a whole range of different colours available – rose gold anyone?

Just like using the Tangle Teezer on human hair, the Pet Teezer made pain-free work of getting rid of those knots. Belinha definitely seemed to find it a relaxing experience… 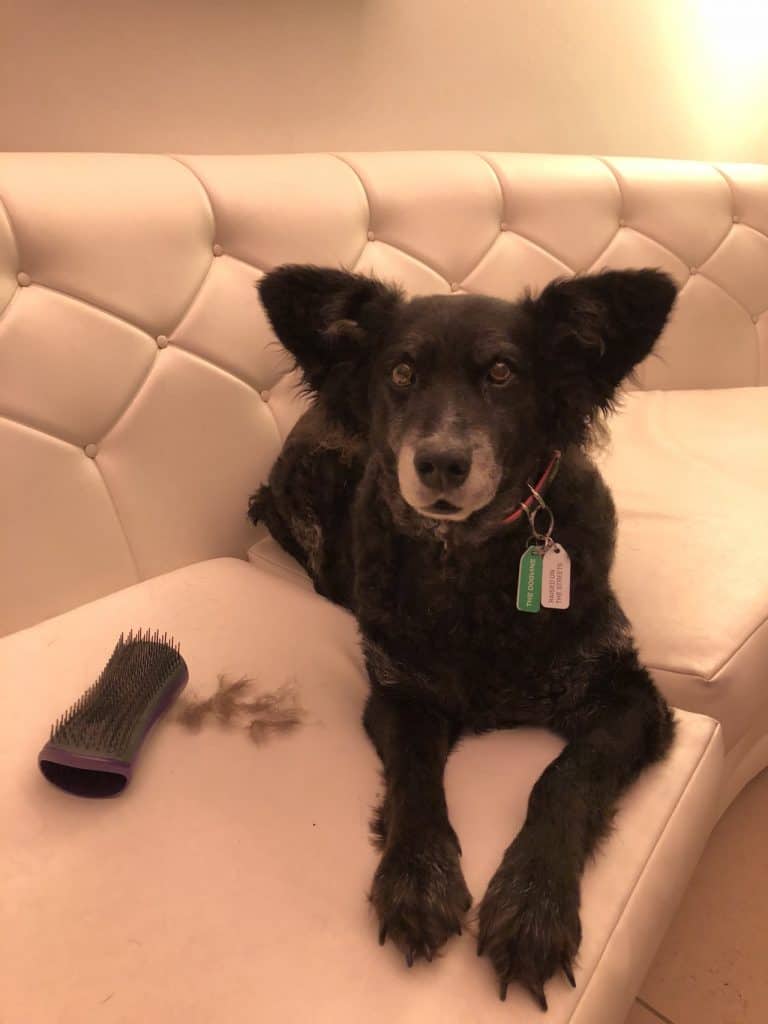 Over the years I have bought many grooming bits and bobs but not found any that I really like. As a result I don’t tend to use them and end up brushing and de-shedding less than I should. Hopefully, with the Pet Teezer (or the tangle teezer for dogs as I think of it), that will now change.

The Pet Teezer | Giving Back

As you know, we love finding products and companies that give back to dog rescues and charities so we’re pleased to repawt that the Pet Teezer donates a percentage of all royalties from sales to Battersea Dogs & Cats Home and has received official endorsement from the London Animal Charity.

The Pet Teezer | Where To Find It

The Pet Teezer will be available exclusively from Pets at Home from next week and you can get social on Instagram and Facebook. 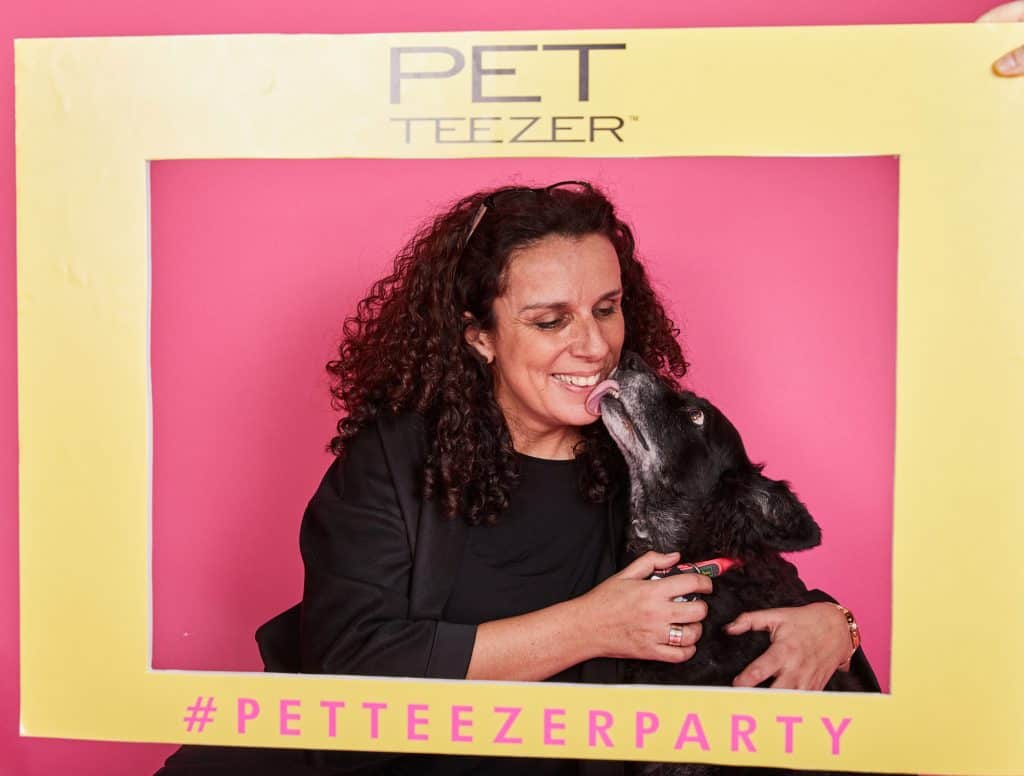