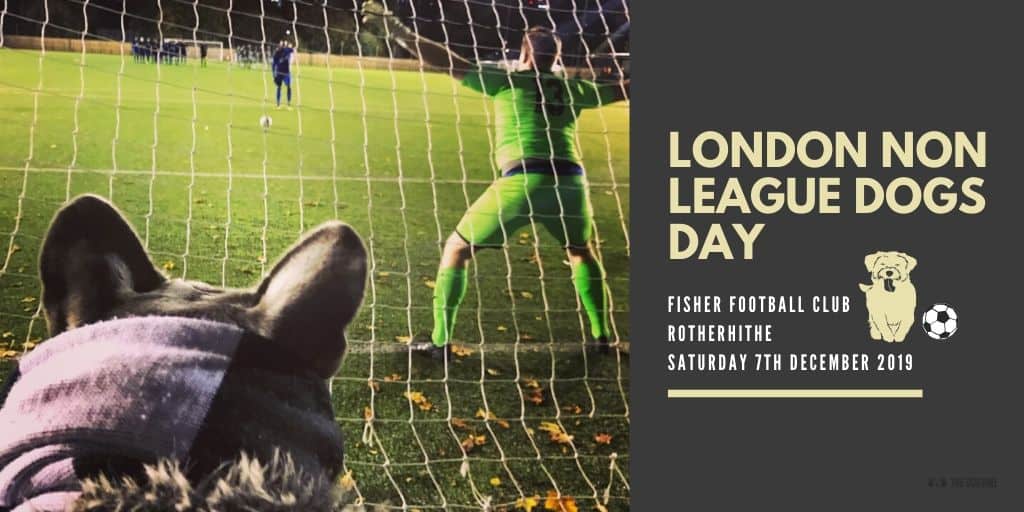 While dogs are barred from Premier League stadiums, teams that play at a level welcome them with open arms. In fact the Fisher players always shake paws with their four-legged fans Pie the frenchie and Lexi the therapy dog when they appear on the sidelines. The aforementioned @nonleaguedogs movement shares photos of pooches at games with 20,000 followers across Instagram and Twitter, and the team behind the account are coming to the game!

All the dogs will be invited to join the players for a special interspecies team photo after the game, as well as having the chance to win a bundle of goodies in a special raffle (tickets just £1), with prizes including:

-Two tickets for a dog-friendly screening at Greenwich Picture House

Entry is just £8 adults/£5 concessions/free for under-16s; the St Paul’s Stadium has covered seating/terracing, a full bar/food stall inside, and accessible disabled facilities. Get your tickets here.

1.30: Gates open – visit the club shop (grab your dog a black and white striped football scarf!), grab a raffle ticket and check out the food/drink options at the bar. Treats from Burns Pet Food will be provided on the door.

3.45: Half time – raffle winner announced in the bar

4.45: Assemble for the interspecies team photo 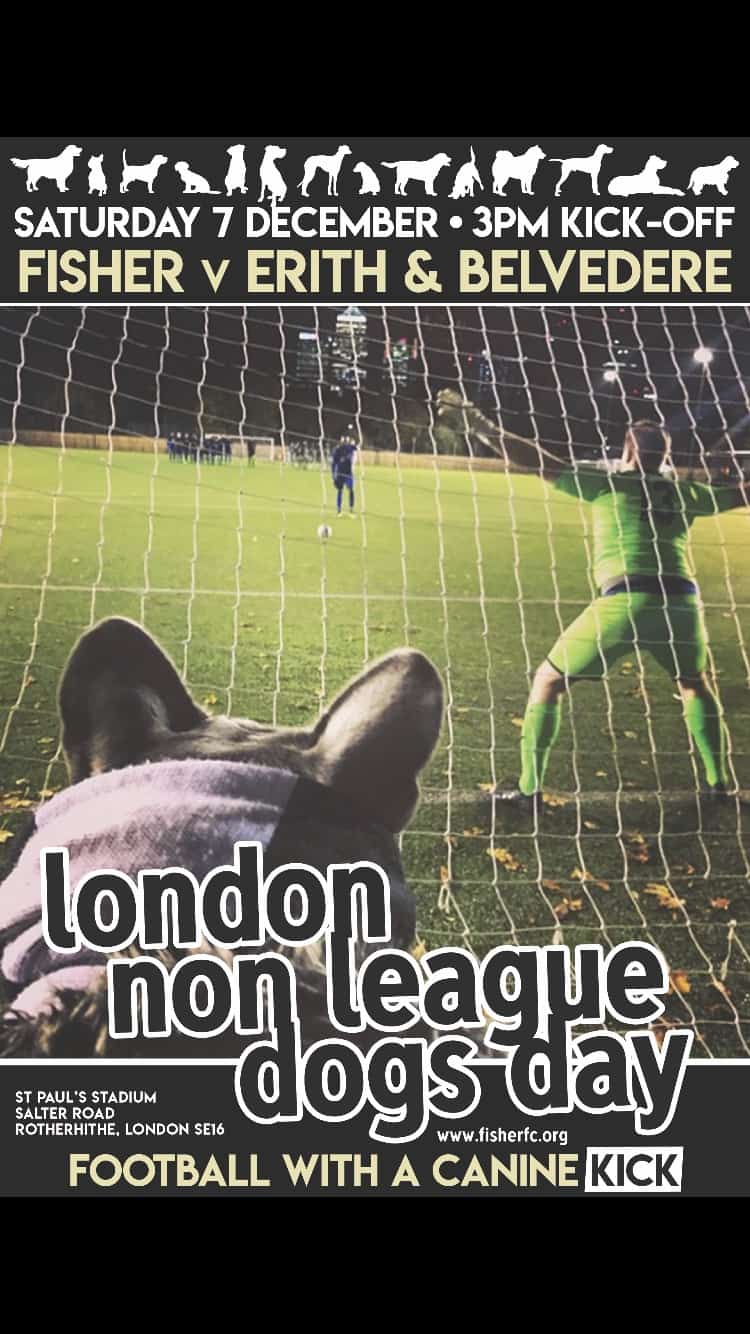