When a restaurant hosts a Doggy Launch Party it’s a pretty safe bet they are very dog friendly! That’s definitely the case with Megan’s neighbourhood restaurants who opened their third South London location this month, dog friendly Megan’s on the Hill in Balham. 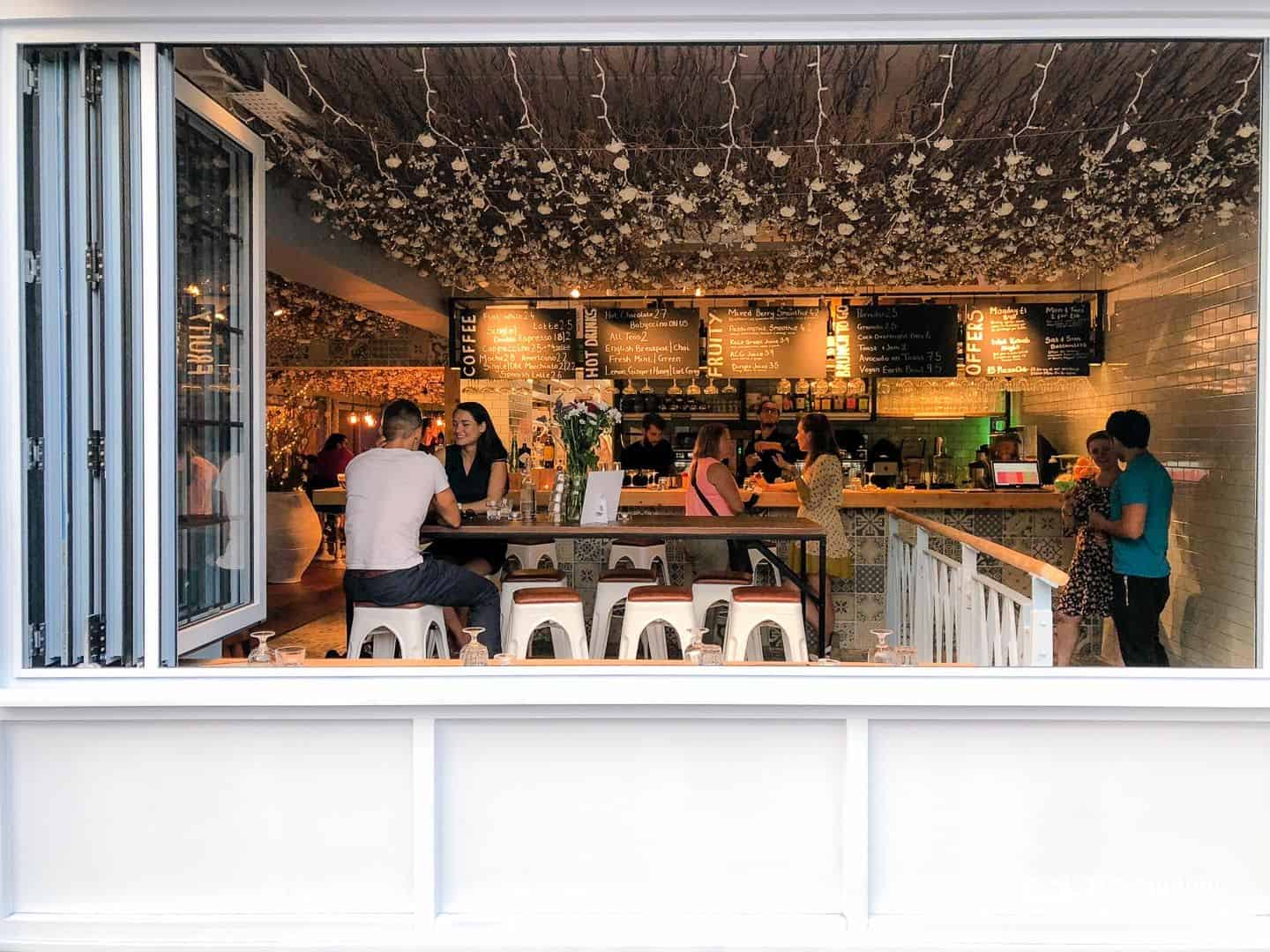 You may recall we went along to Megan’s on the Green when it opened (read our review here) and we were lucky to be invited along for the Doggy Launch Night for ‘dogs and their well-behaved humans’ (how much do we love that concept) at dog friendly Megan’s on the Hill.

Belinha invited her pal Pepper Chung along who also loves to sniff out new dog friendly places – check out his My Dog Friendly London Guide to Notting Hill to see what we mean. It was an absolute delight to be dining in a restaurant with the evening dedicated to dogs and as always a roomful of dogs is such a great conversation starter with people on other tables! 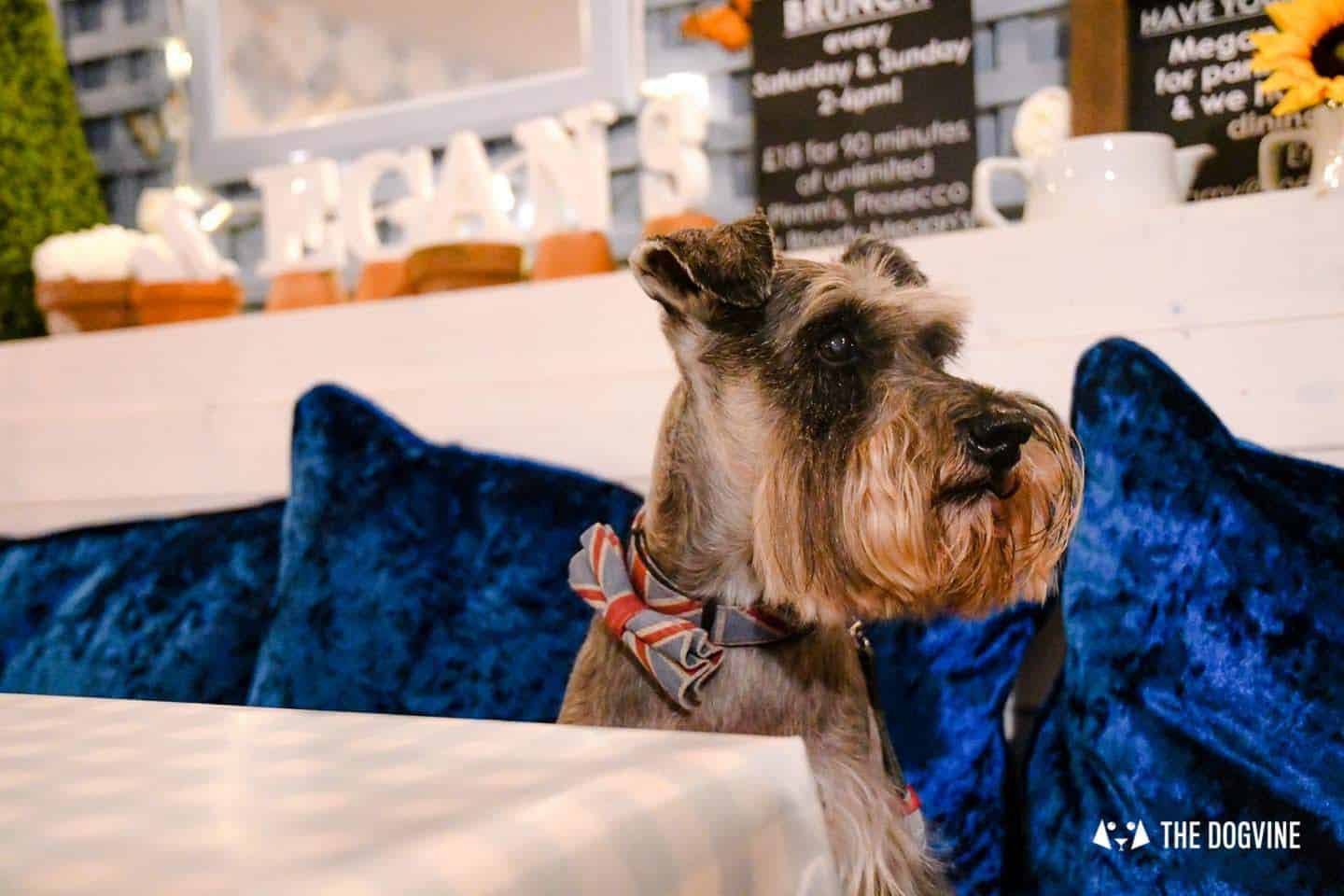 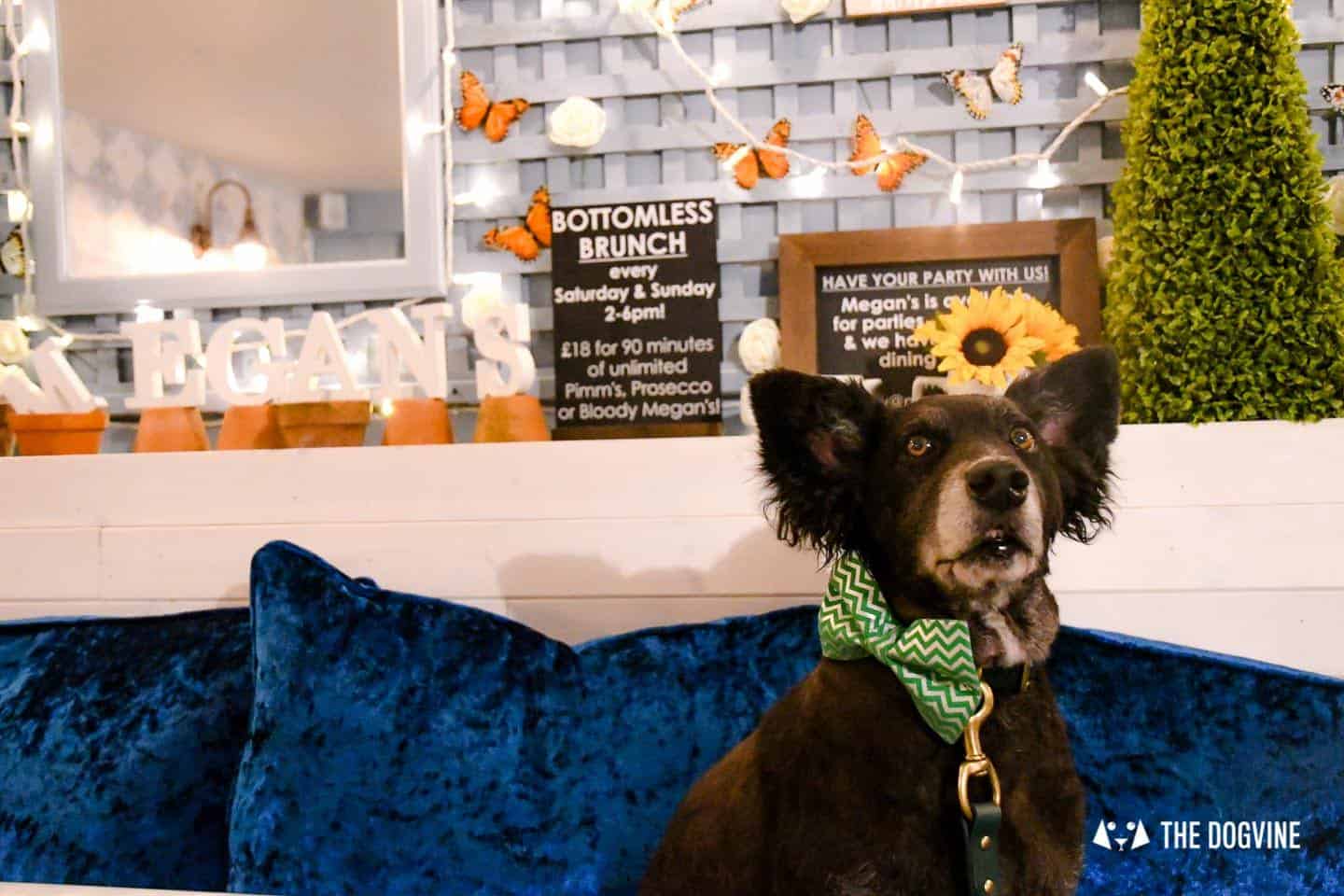 Megan’s on the Hill is a great space with multiple areas all which amount to a really good sized space (and is larger than Megan’s on the Green). The decor ranges from very hip (at the front) to charming Greek restaurant with a modern twist at the back and it’s all as otherworldly as we’ve come to expect from Megan’s. 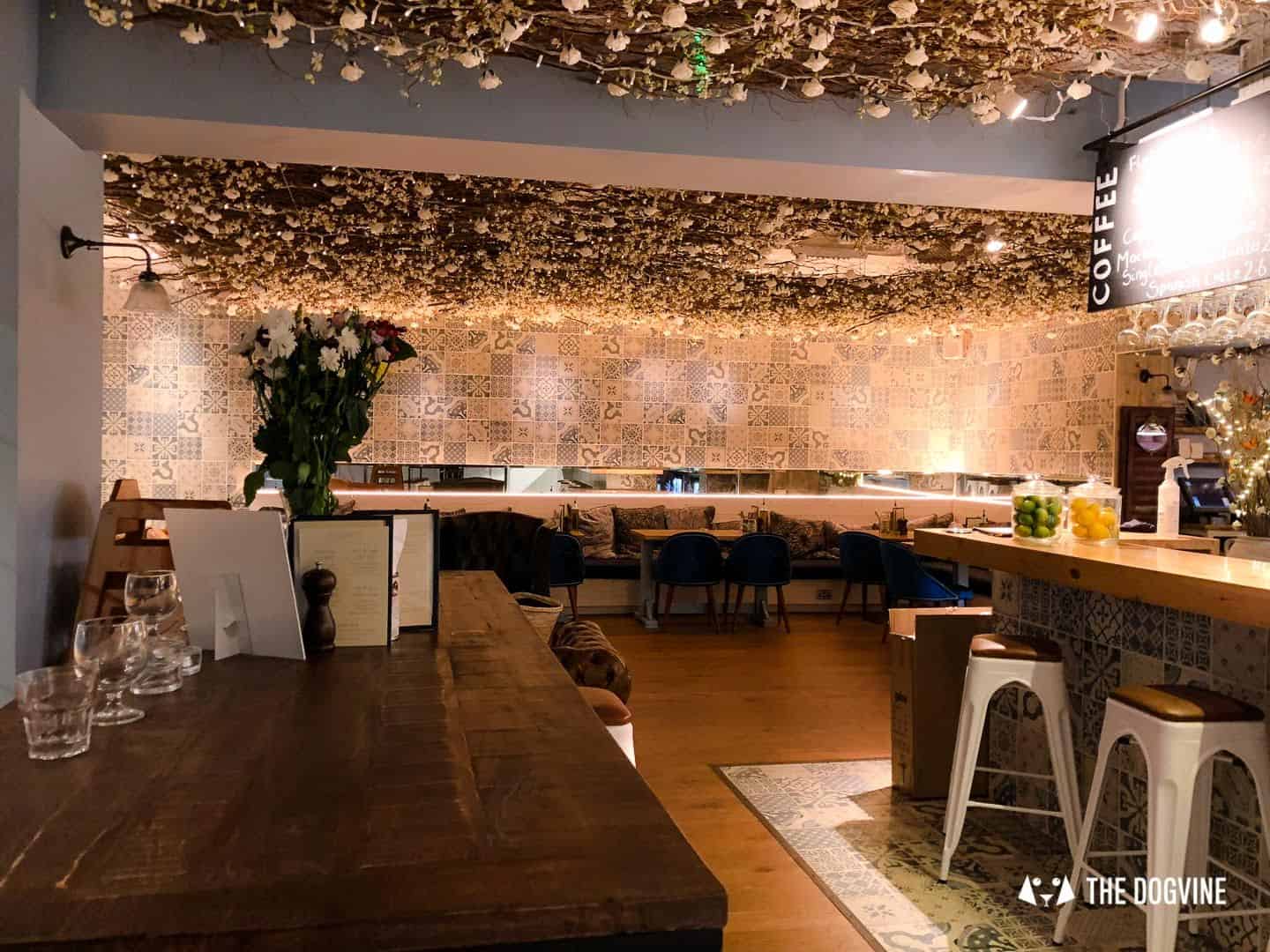 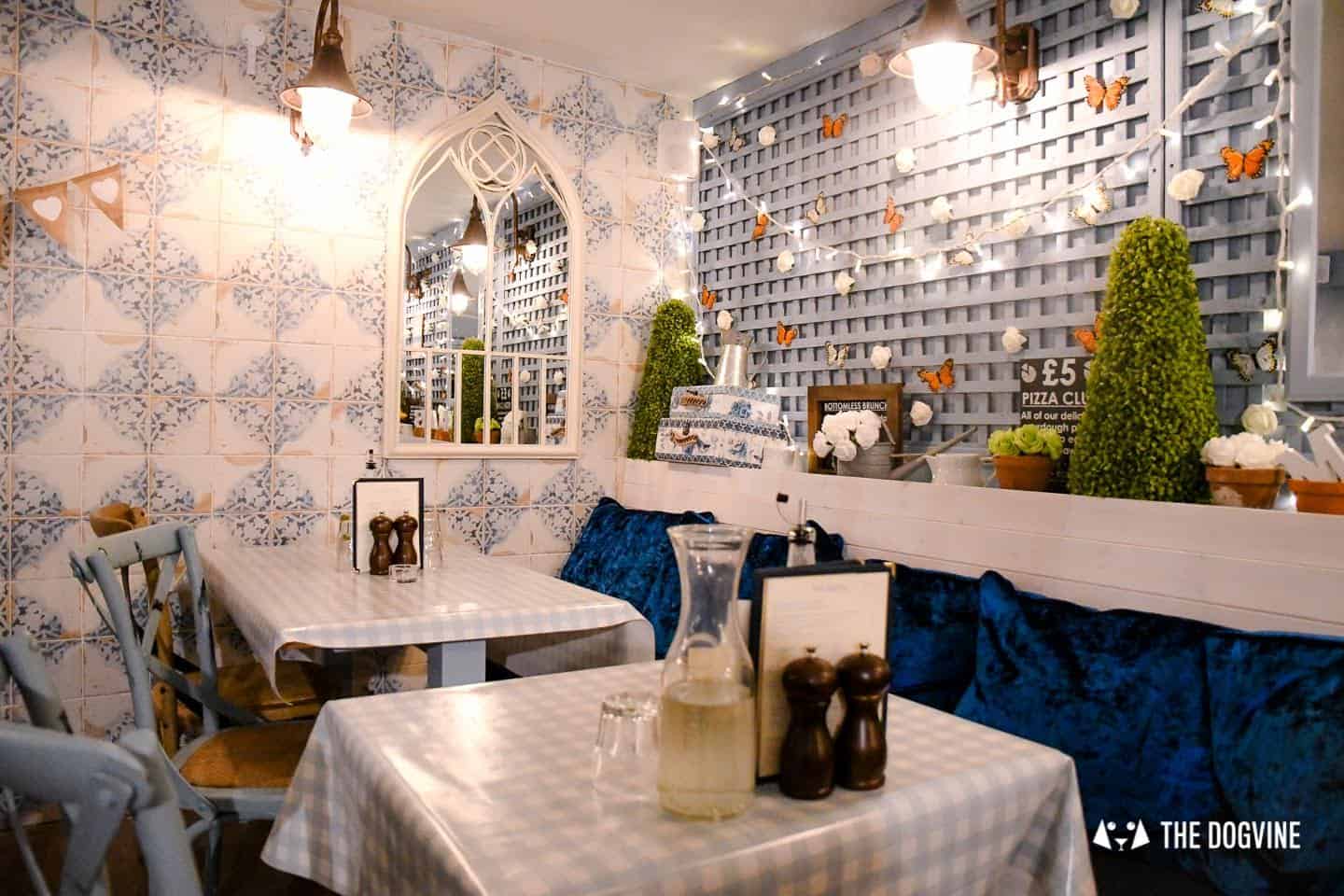 The flower wall was a firm favourite and the little touches delightful (especially the dog-themed ones). 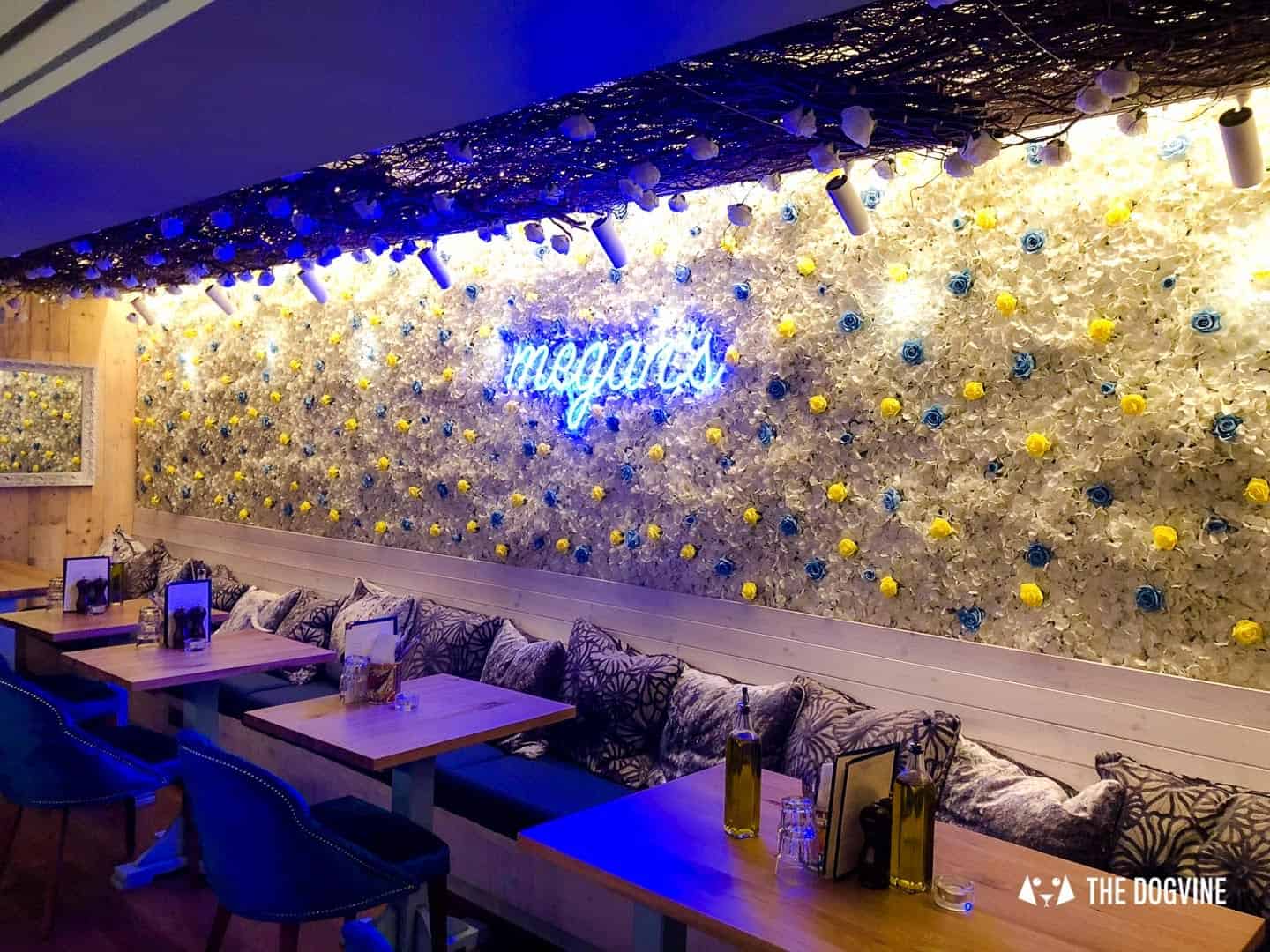 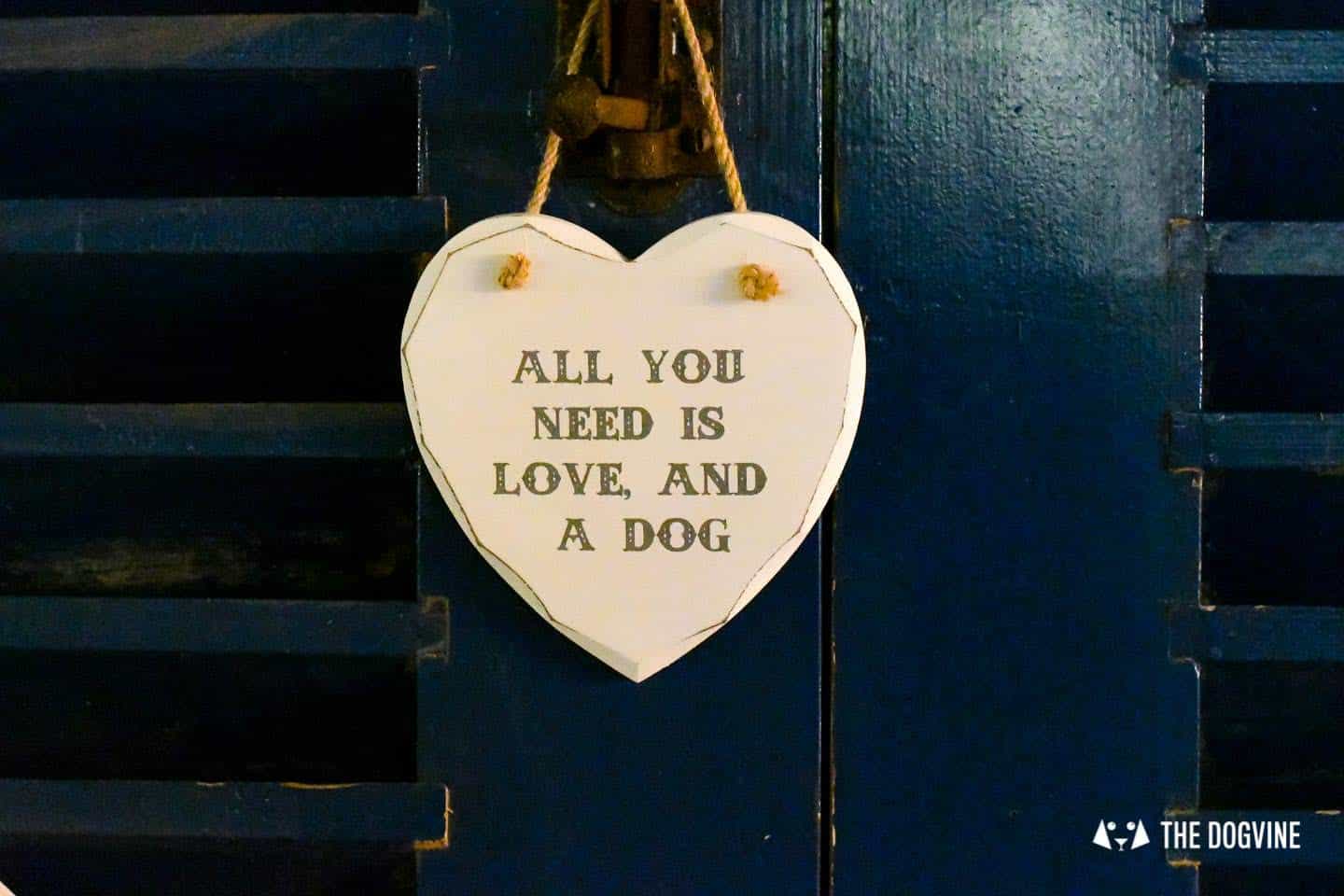 Plus the staff were extremely friendly and welcoming just as we’ve experienced on our other visits to Dog-friendly Megan’s.

Well, from a dog’s point of view if you’re offered treats as soon as you walk through the door that’s usually a good start. Megan’s have a bowl of Megan’s baked dog biscuits on hand to make sure every they give every pup a good first impression. 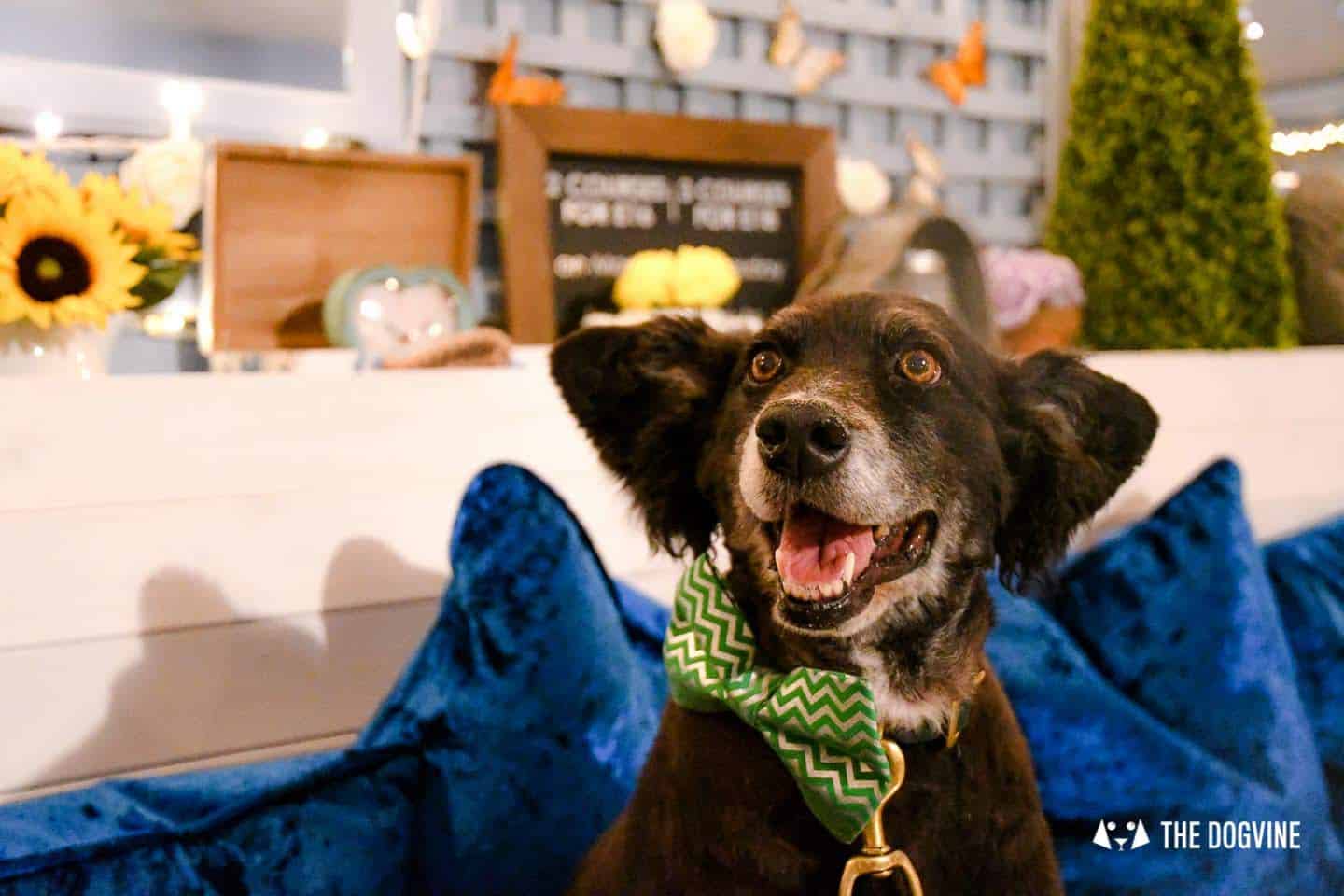 Water on tap (pardon the pun) is another must from a pup’s perspective and there were dog bowls dotted around so all good there.

The fact that there’s plenty of space in Megan’s on the Hill is a definite bonus for humans and hounds to relax together especially when it gets busy which I can imagine it will do on the weekends especially when the bottomless brunch is on offer. 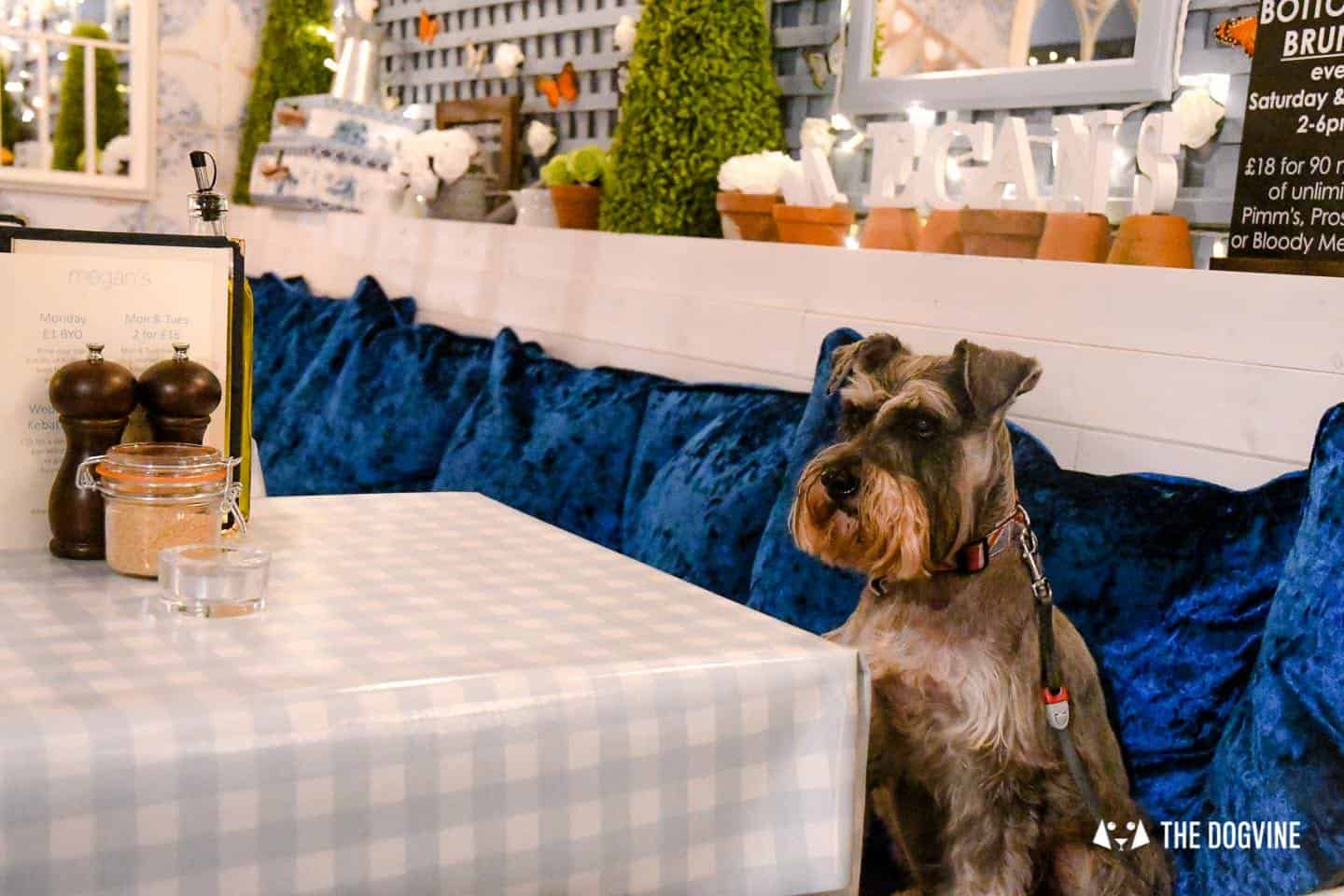 However, both Belinha and Pepper would have to say that the best bit was being able to sit on the seats next to the humans so paws up for that Megan’s. Never mind that fact that this also brings pups much closer to the human food which is probably the real reason this is such a ‘pawstive’. 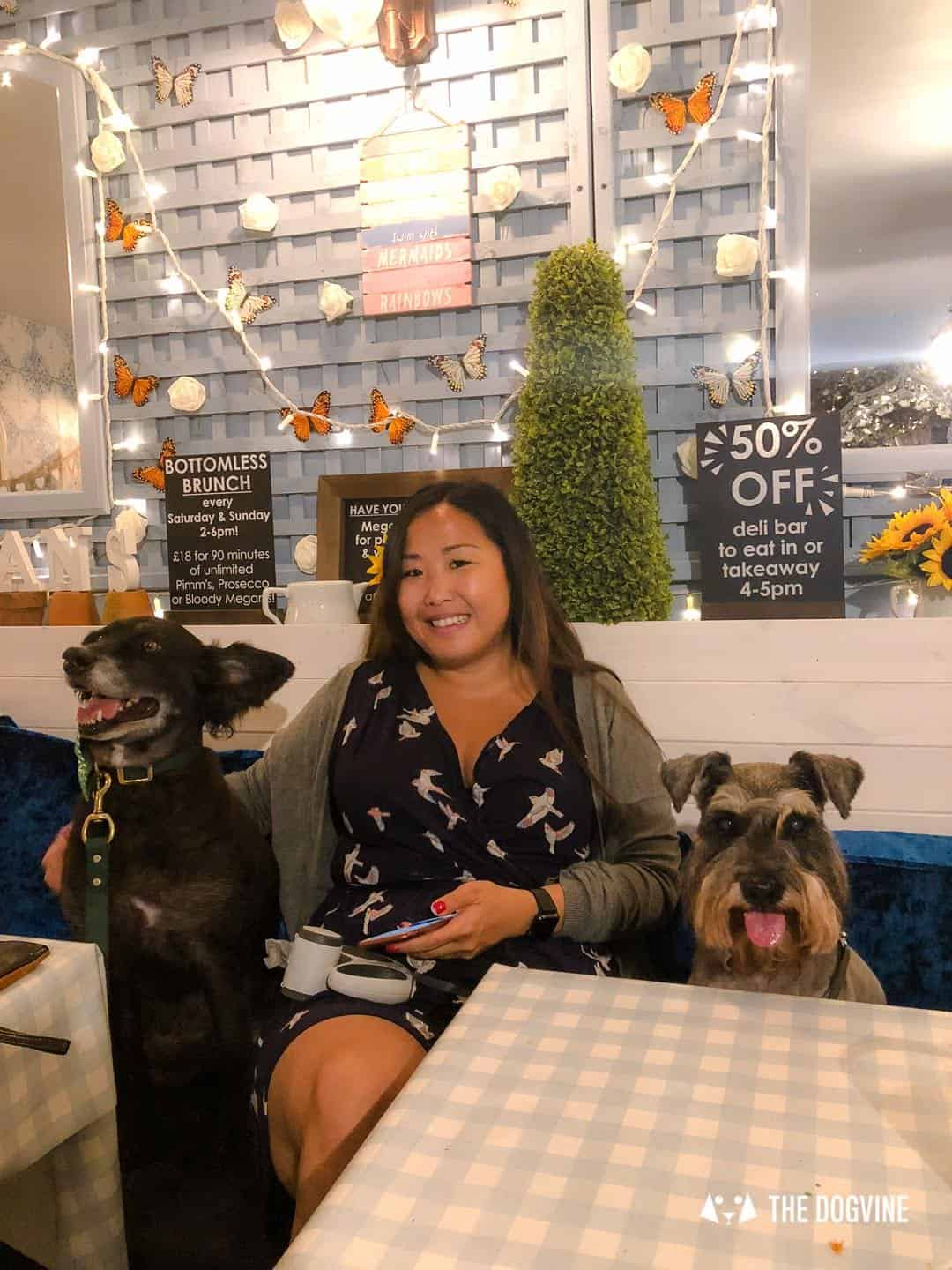 The menu is Mediterranean influenced and as delicious as at the other Megan’s. Pizzas are also served at Megan’s on the Hill (as they are at Megan’s on the Green). There are plenty of vegetarian options on the menu and even some vegan.  We tried the gambas pil pil with sourdough, garlic & chilli, the chilli chicken with chilli sauce & tzatziki deconstructed kebab and the vegan chorizo open kebab and enjoyed them all. 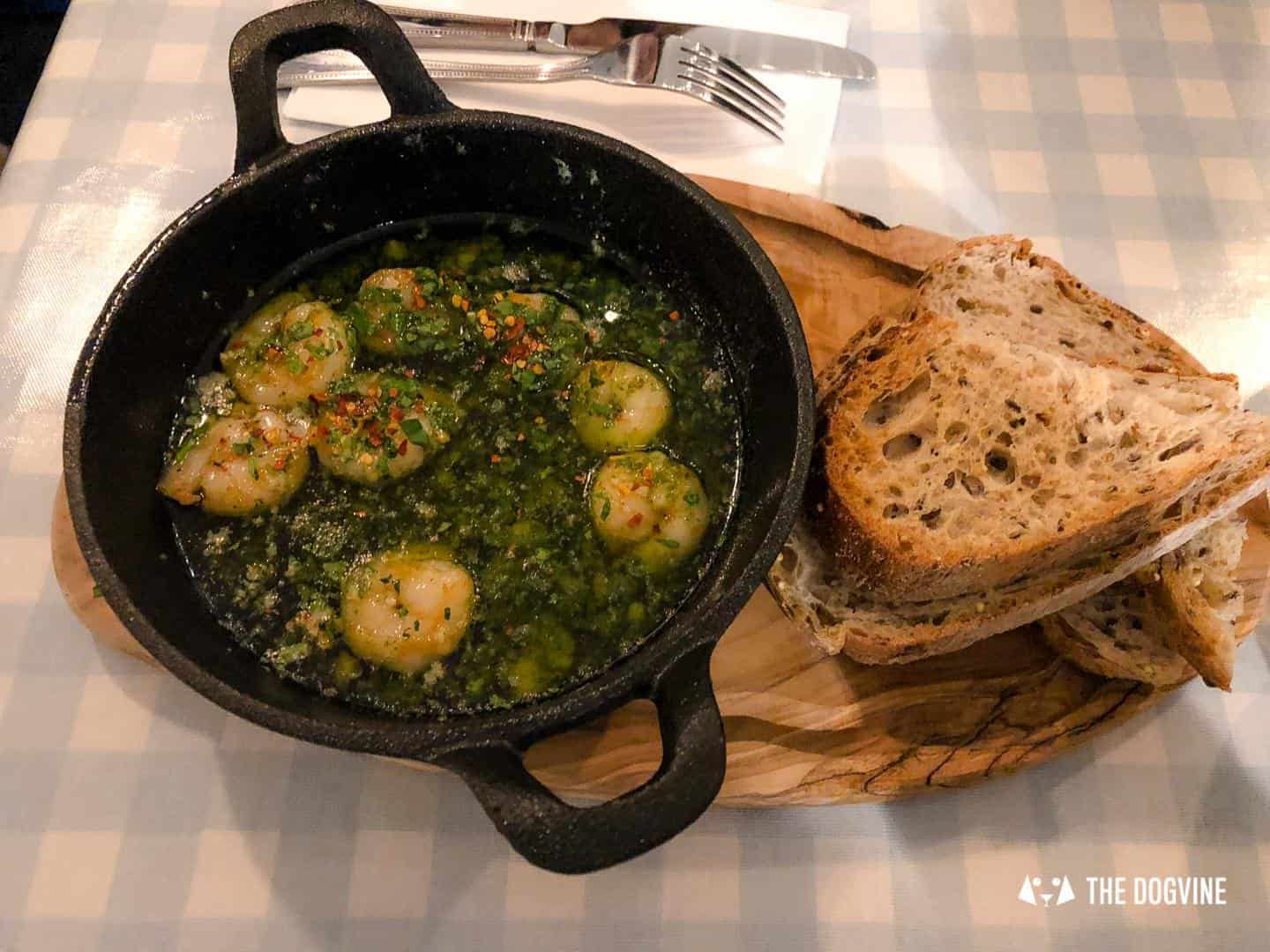 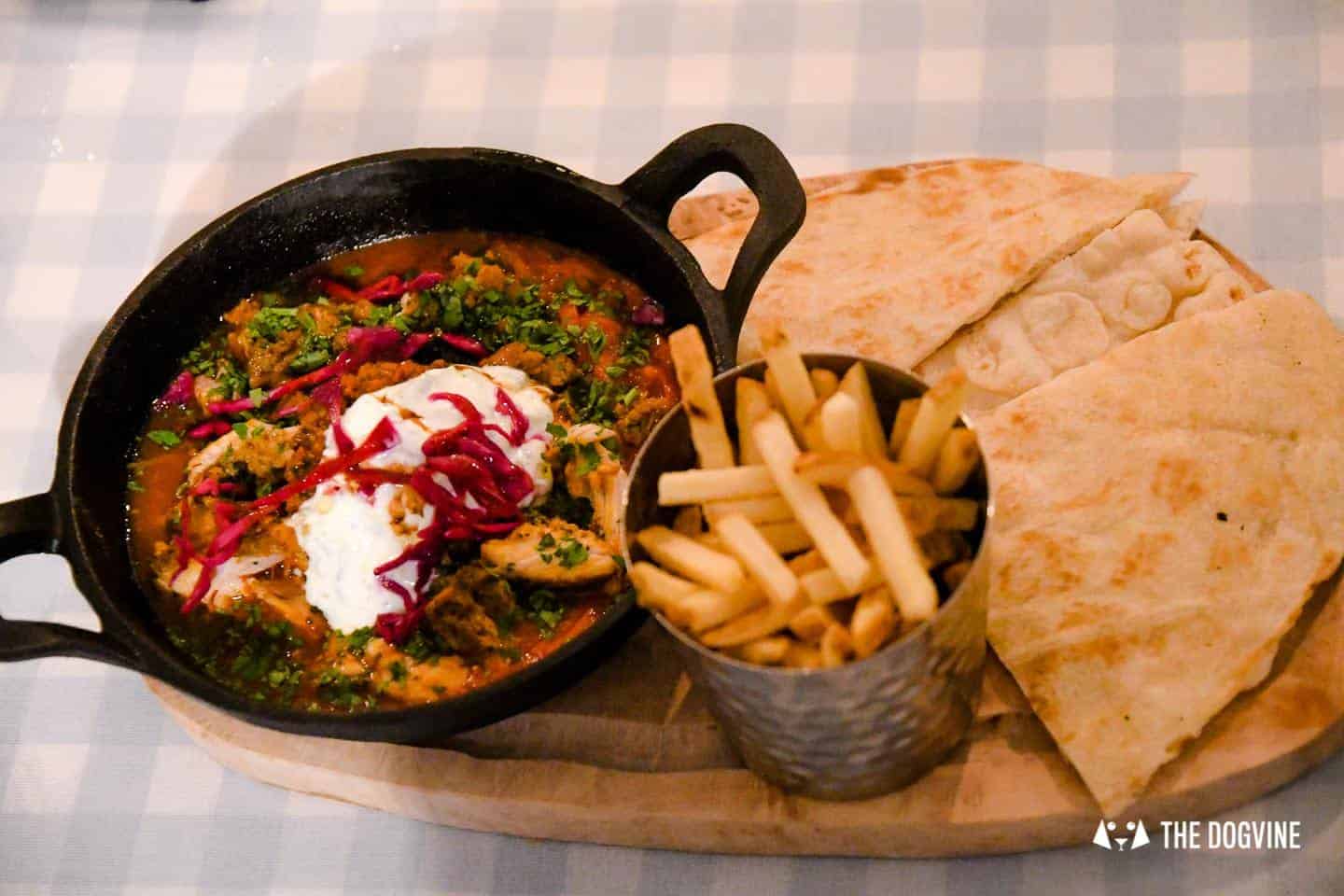 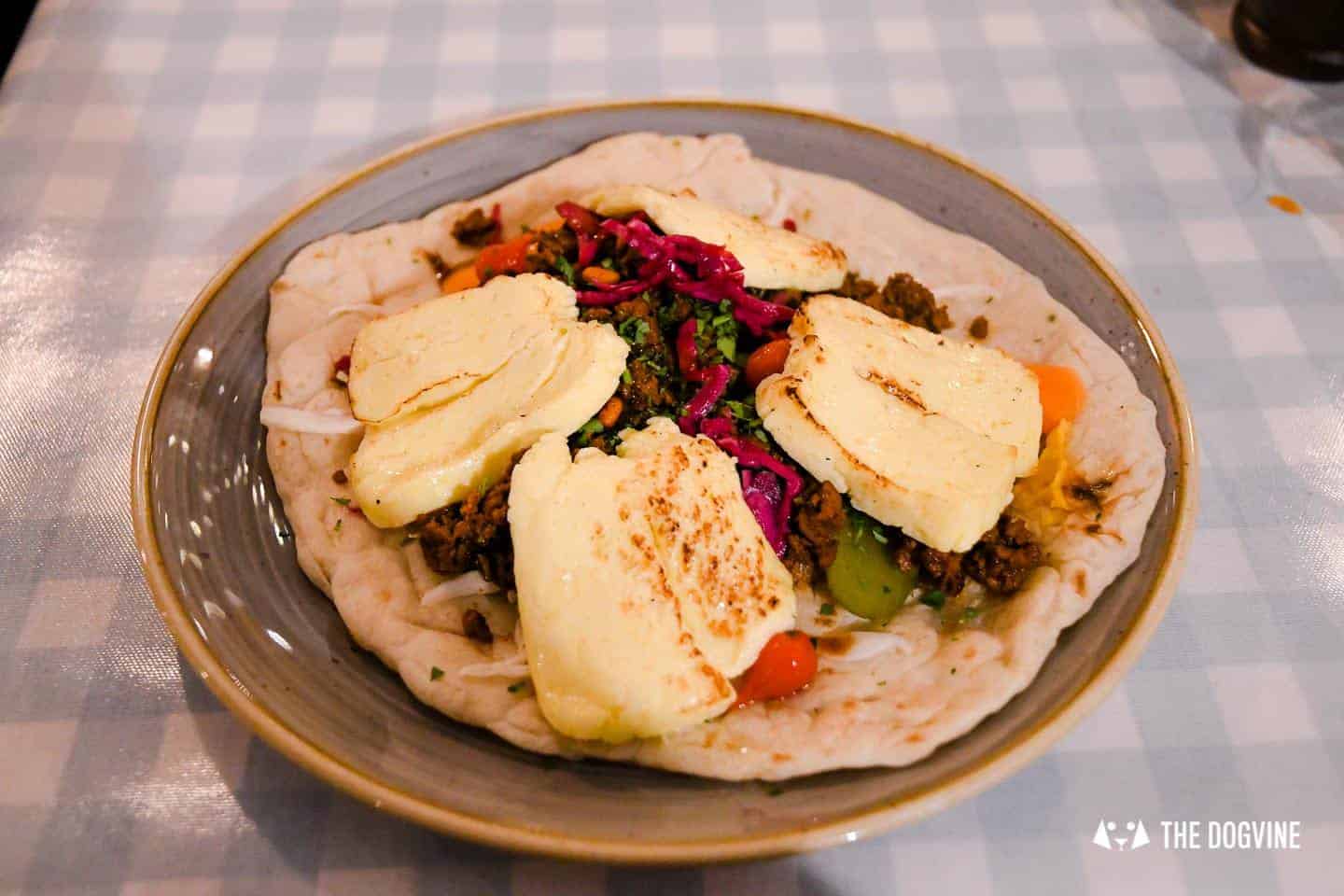 However, the best bit for me at Megan’s is the dessert and what I really mean by that is the half-baked cookie dough with nutella, pistachios and ice cream, which sounds and is amazing. 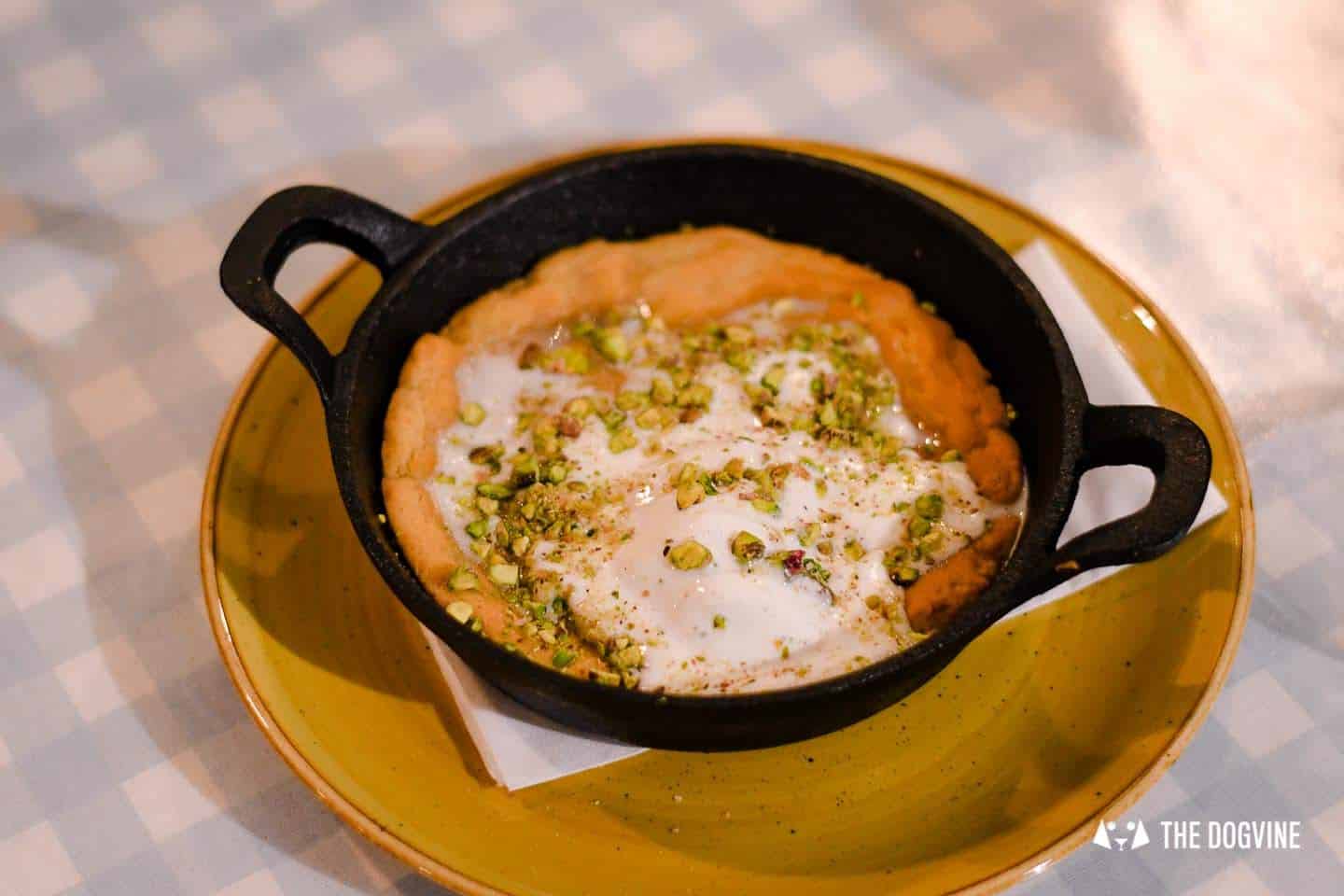 So Is It A Paw’s Up for Megan’s on the Hill?

Dog friendly Megan’s on the Hill is a wonderful addition to dog friendly Balham in our opinion. Dogs are truly welcomed at all Megan’s and this was definitely the case at Megan’s on the Hill.  The lovely space, delightful decor (how fabulous is that flower wall), the little touches and the dog treats (don’t forget those we hear Belinha and Pepper bark), definitely make it worth a visit.

We’re pretty sure your first visit won’t be your last. 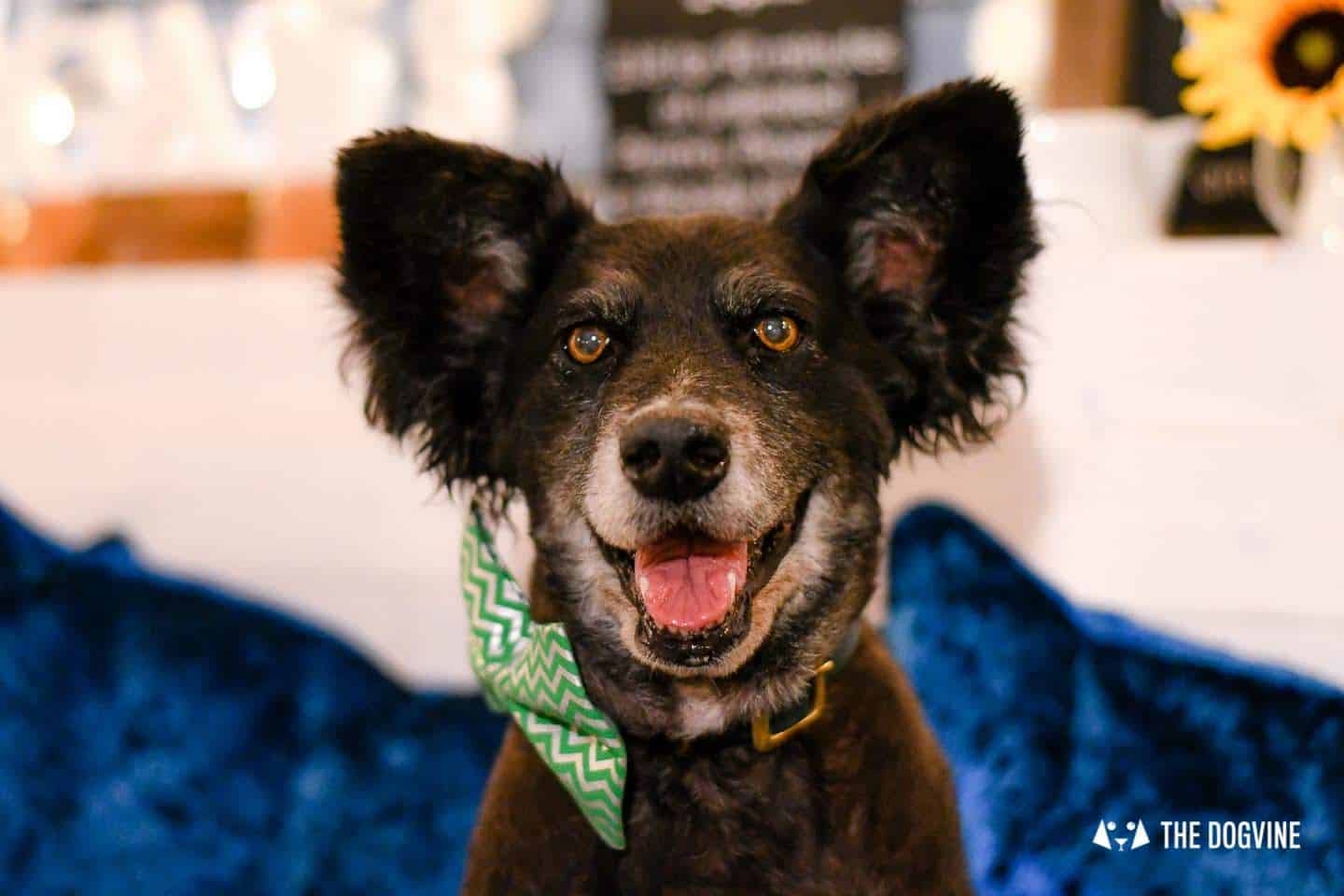 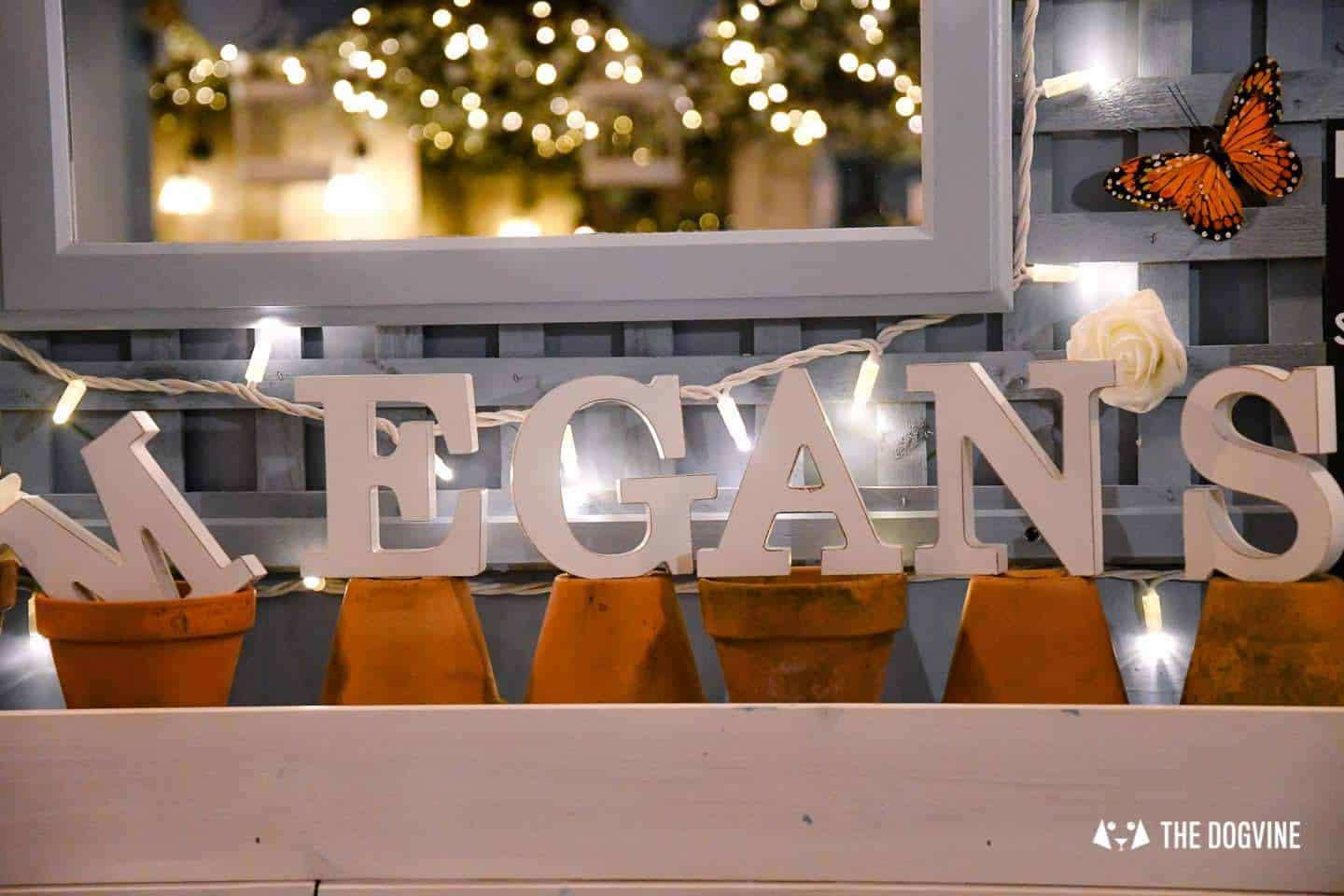 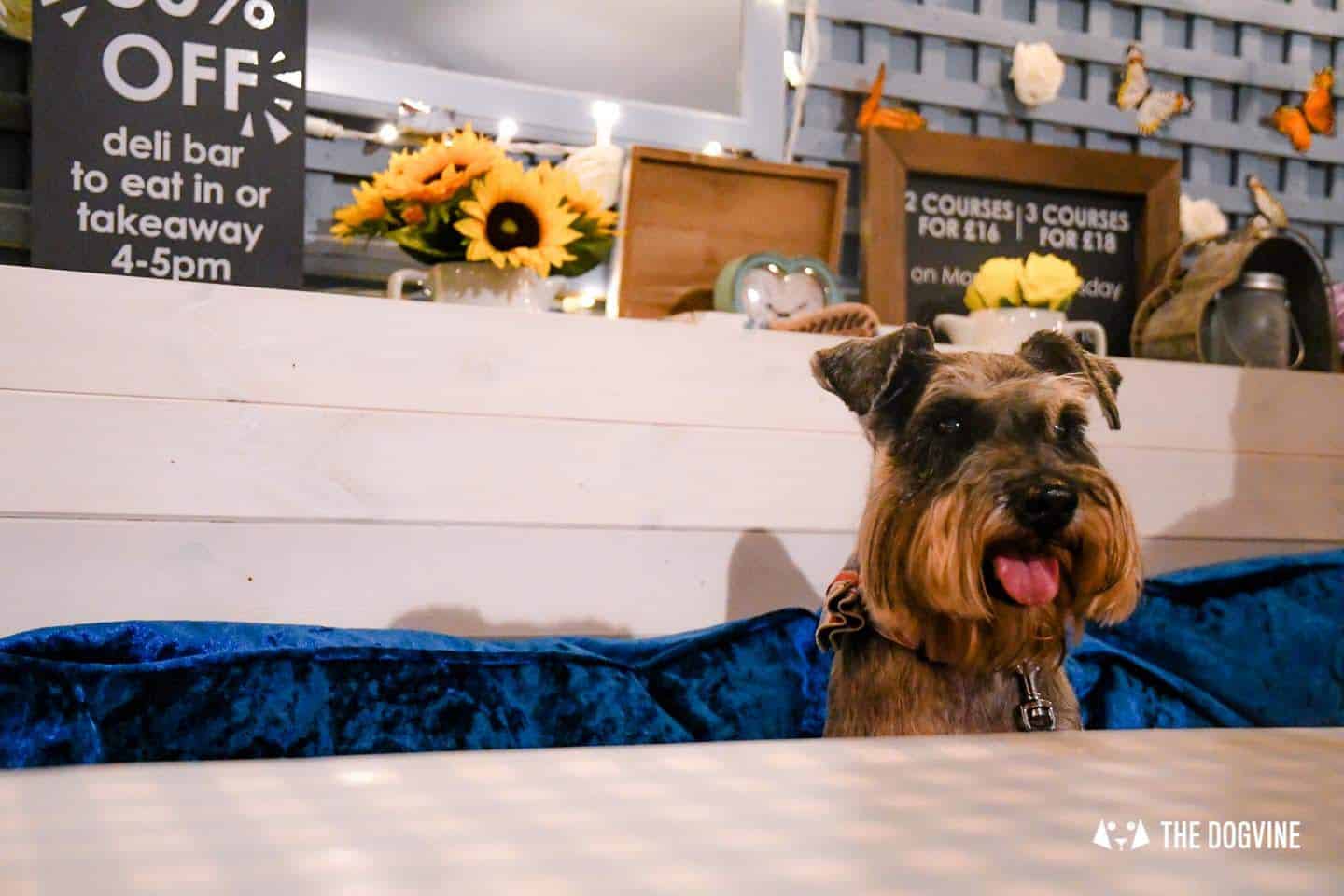 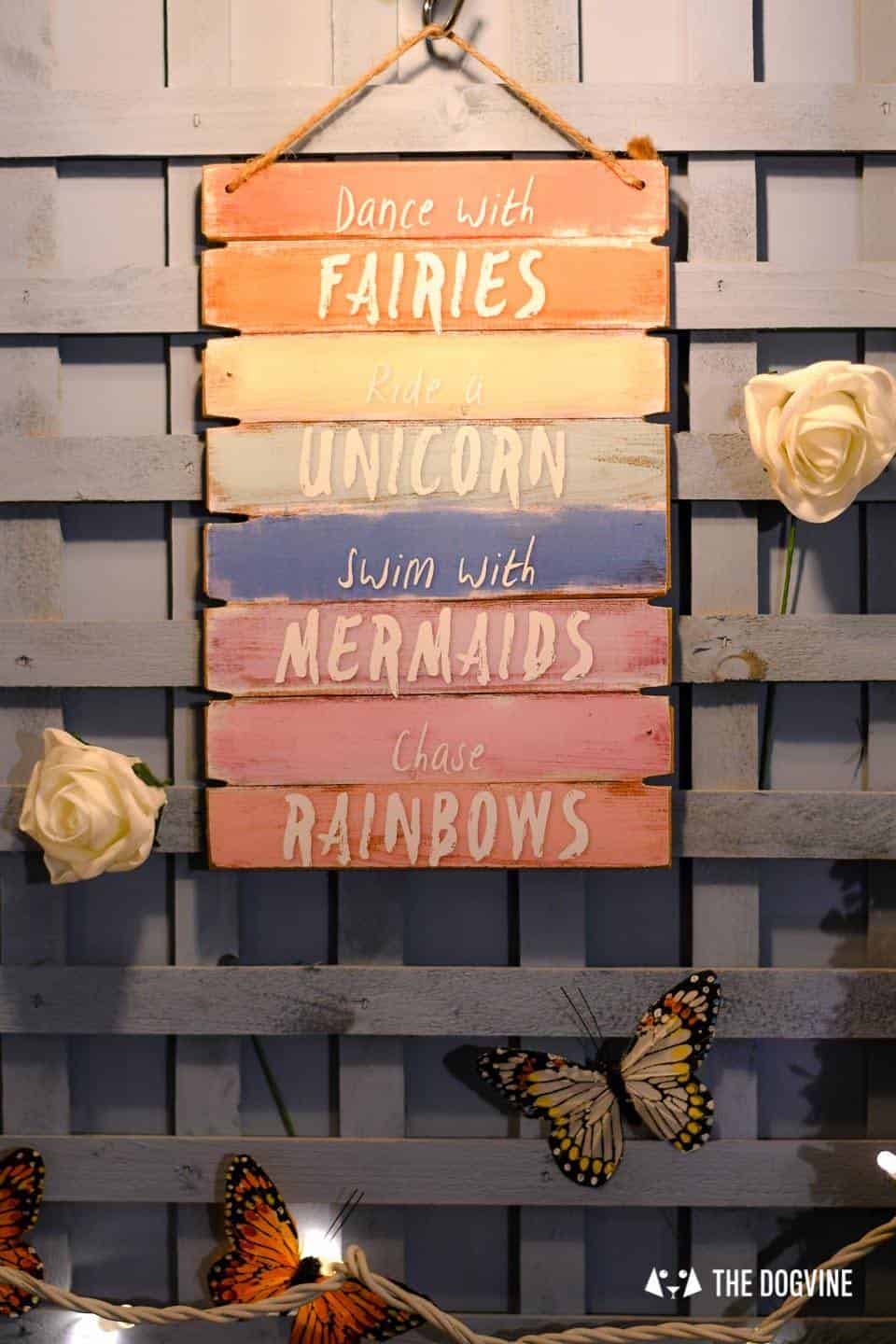