Even when you’ve lived in London for many years, there are still so many fabulous places to discover with your dog. That’s one of the things I love about London, it’s a never-ending journey of doggy discovery! This summer, we spent some time discovering dog-friendly Morden Hall Park in Morden, South West London. We’d heard good things about it, so we decided to go and see what it was all about so we could add it to our list of dog-friendly things to do in London to share with you. 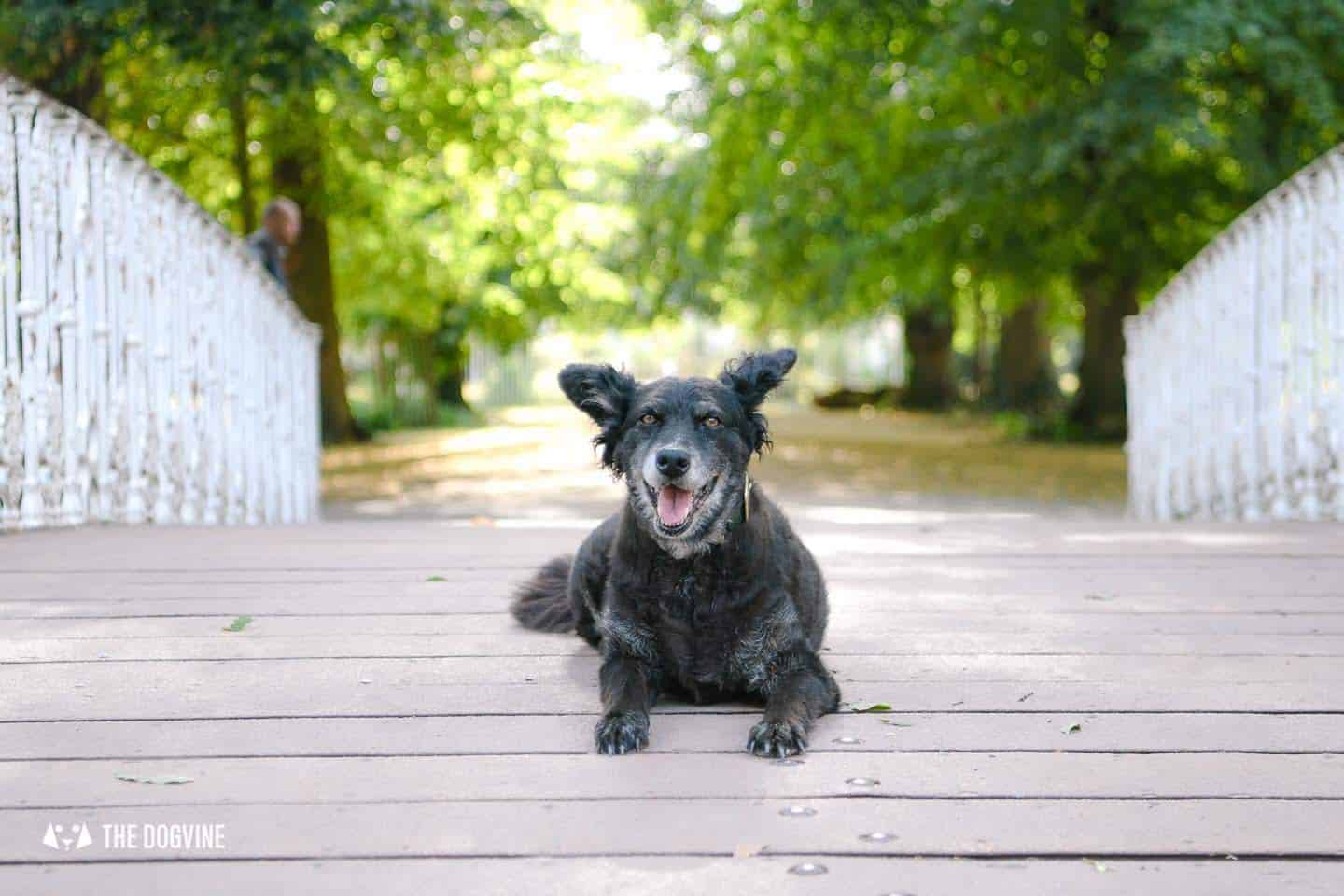 Firstly Morden Hall Park is a National Trust estate and one of the few in London that allow dogs all year round in the grounds. Dog-friendly Morden Hall Park is made up of 120 acres of beautiful parkland at the heart of which is Morden Hall, a listed grade II building that stands within a moated enclosure at the centre of the estate. Morden Hall Park is easily accessible by public transport (more on that in a moment) making it a pawsome London place for you and your pup to explore. 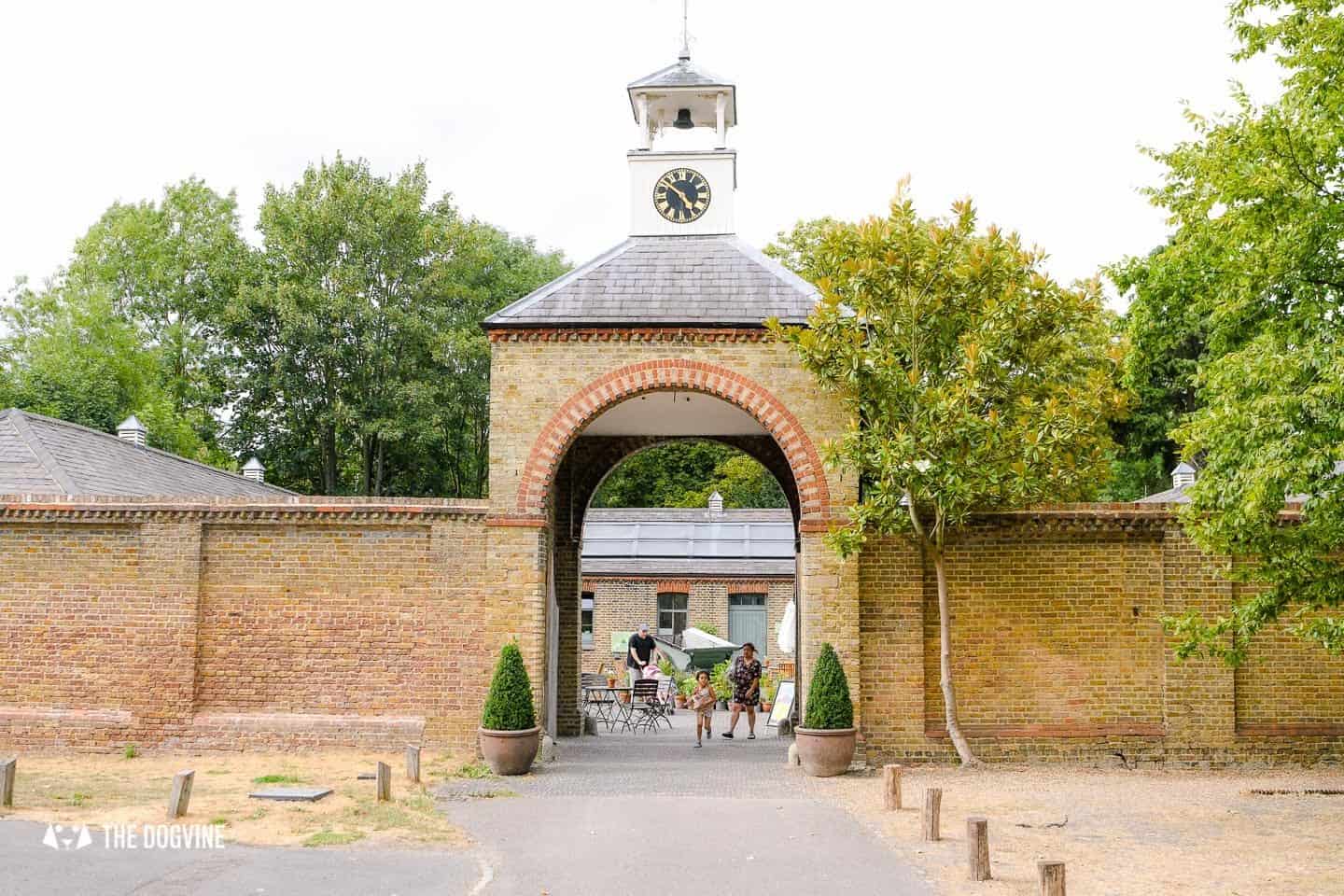 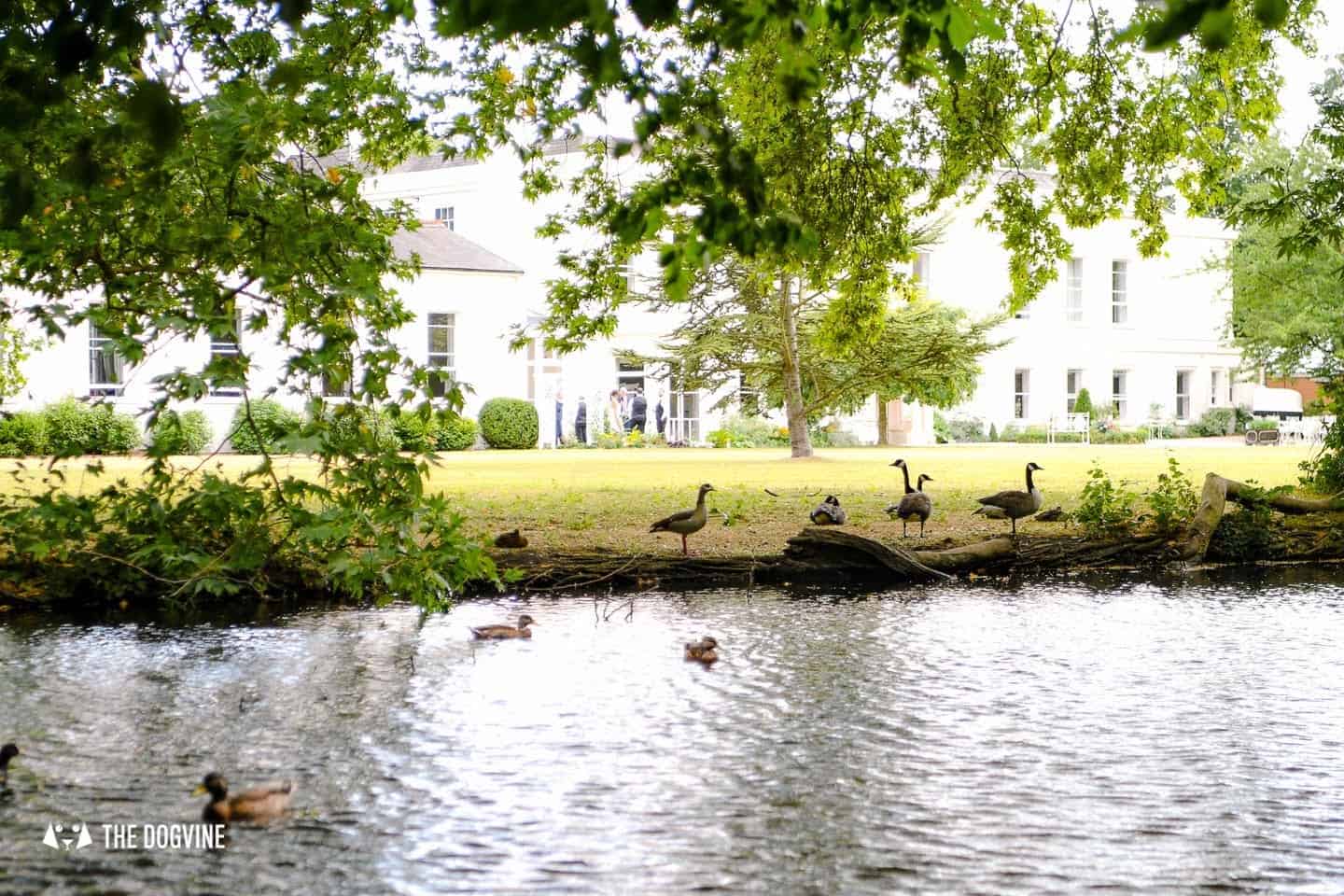 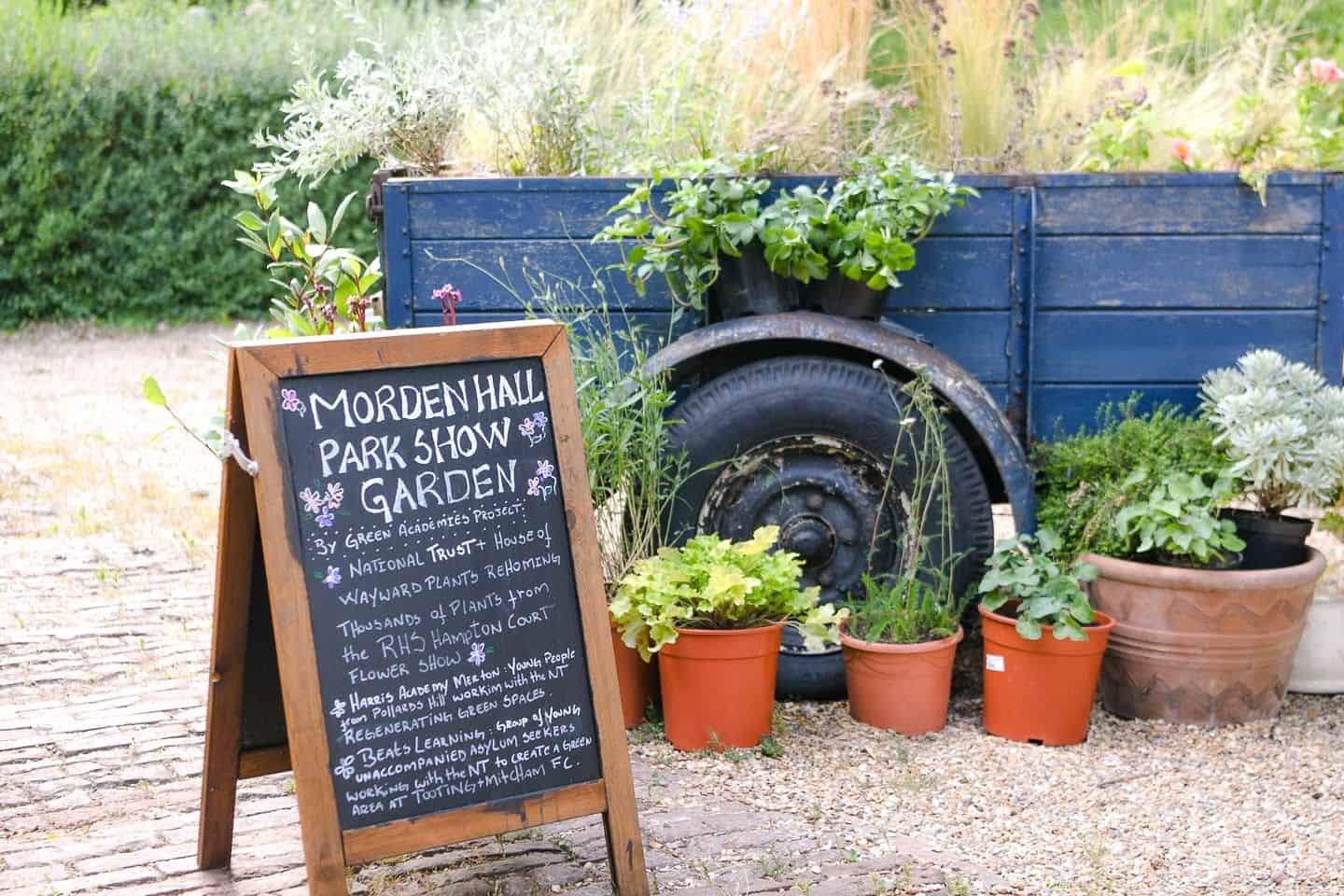 Morden Hall Park is not so big that you feel like you get lost in it, yet it’s big enough to feel like you’ve got plenty to explore. Although Morden Hall Park is in an urban area, it feels like an oasis that’s gone back in time, even boasting original Snuff Mills that brought in the estate’s income back in the day and one of which has been restored to be a learning centre today. 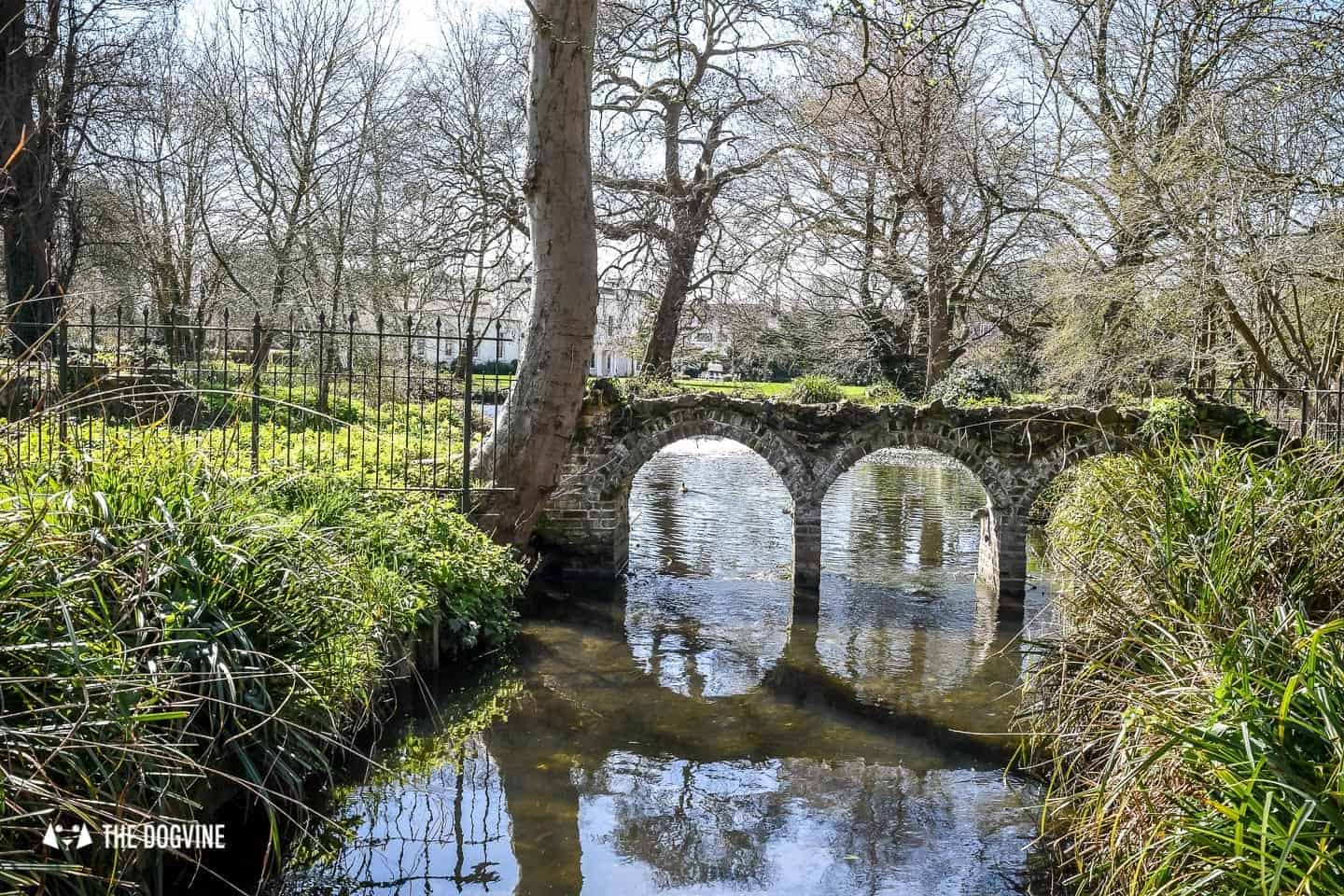 Where are dogs allowed in Morden Hall Park?

The all important question! Dogs are allowed pretty much everywhere and we’ll cover the exceptions later in this blog post. There are certain areas where dogs must be kept on a lead which are the Snuff Mill, Garden Centre and Café, the Rose Garden, the play area or on the Wetland boardwalk. Otherwise, dogs can roam to their heart’s content (as long as they’re well-behaved of course). 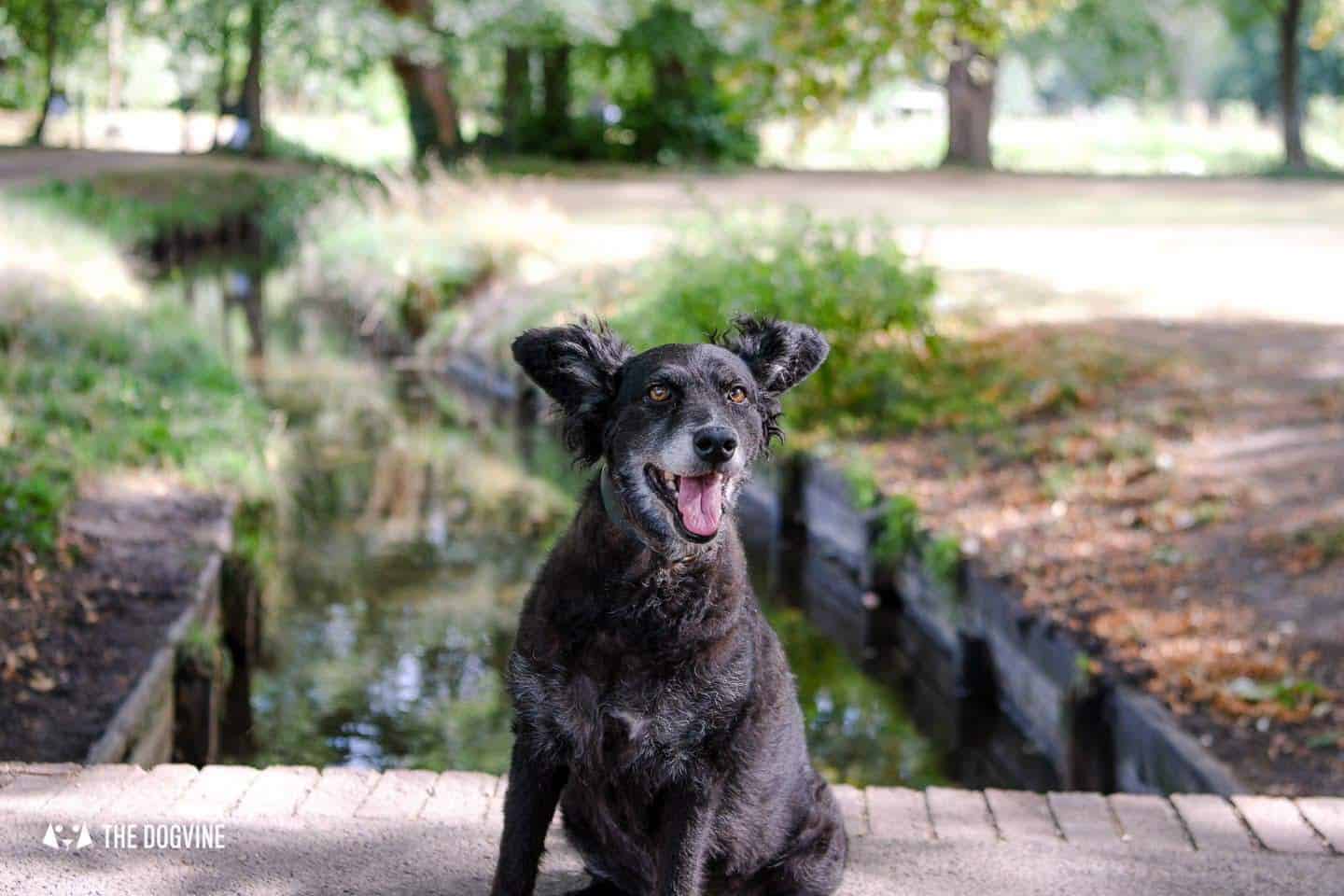 The River Wandle runs through Morden Hall Park and it’s nice and shallow so perfect for dogs to take a dip to cool-off. Belinha is not a fan of water so refused to test that part out but we saw lots of dogs who were more than happy to. Some areas of the river have a flowing current and resident wildlife so those areas are best left alone when it comes to doggy dips! 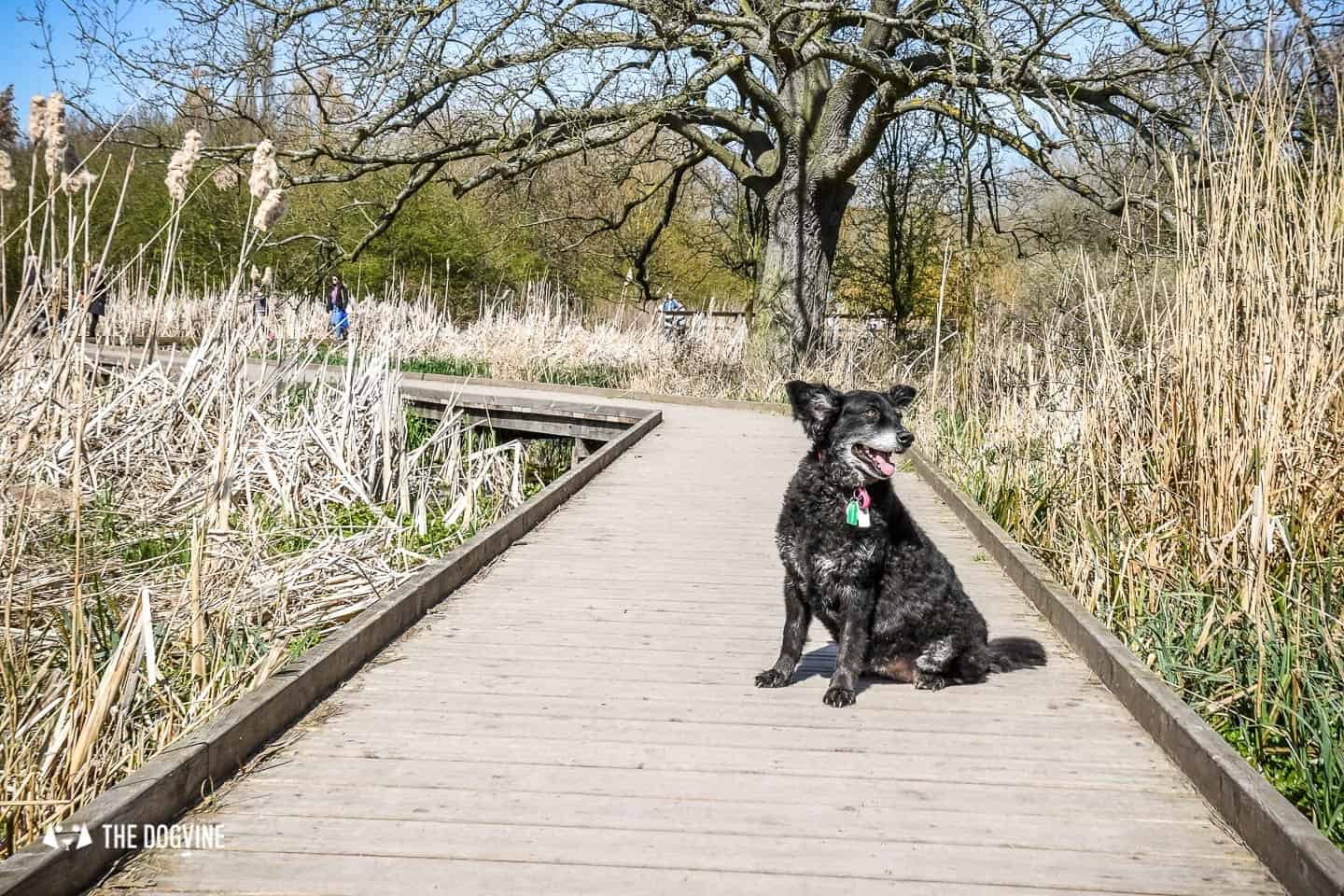 There is a beautiful Wetland area and boardwalk and dogs are allowed here but must be kept on a lead (I took Belinha’s lead off for a few minutes just to take a photo) which is understandable as it would be very easy for an over excited dog to disappear into the depths of the reeds and water.

There are two cafes at Morden Hall Park, the Stableyard Cafe and the Potting Shed. The Stableyard is dog-friendly inside and out (and outside is very pretty), whilst the Potting Shed is only dog-friendly outside. Unfortunately the Potting Shed has the better selection of food and drink on offer, especially for a vegetarian like me. This means if you were on your own, you would need to find someone to hold your dog whilst you went inside. On the plus side this seems like the kind of place where it wouldn’t be a problem to do that.

The first time we went to Morden Hall Park, I went straight past the Garden Centre as I assumed it was for those coming to restock on plants for their garden. Turns out I was missing a dog-friendly secret which I discovered on a subsequent visit. This is no B&Q style garden centre, firstly it’s dog-friendly and it’s got a dedicated dog section with some really cool stuff too! I ended up making quite a few purchases here and will be going back for sure. 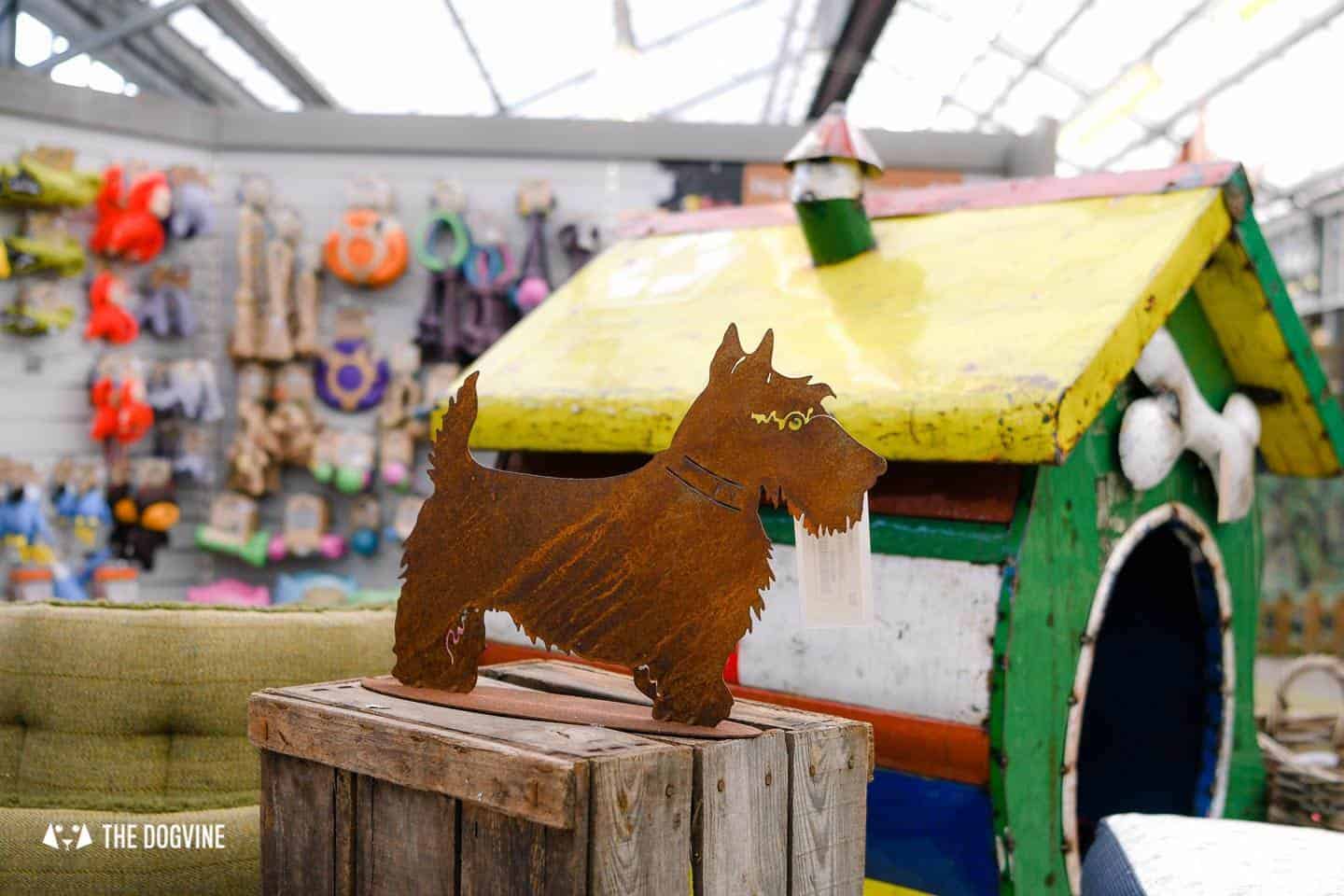 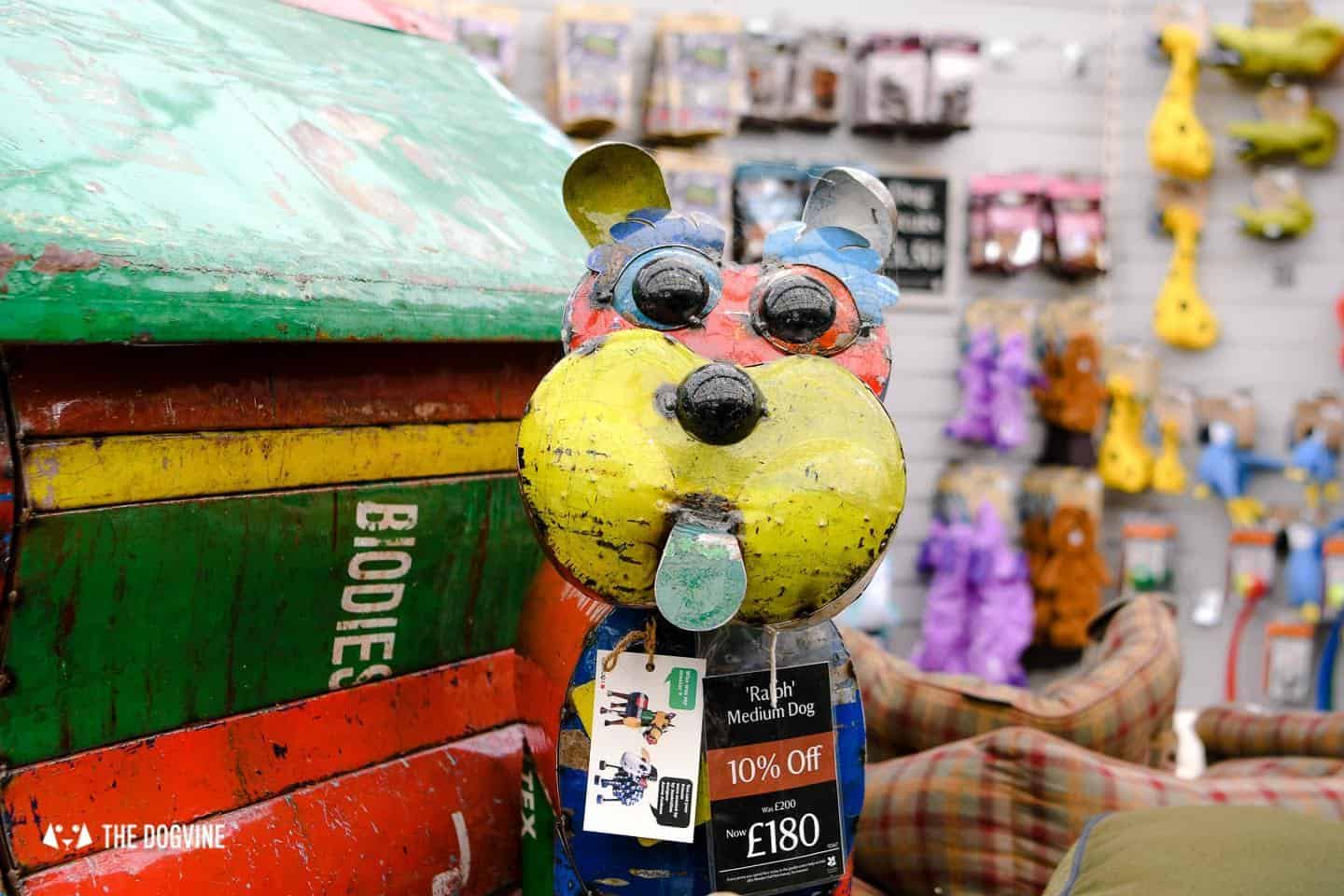 Dog-friendly  Morden Hall Park – Was it a Paws Up ? 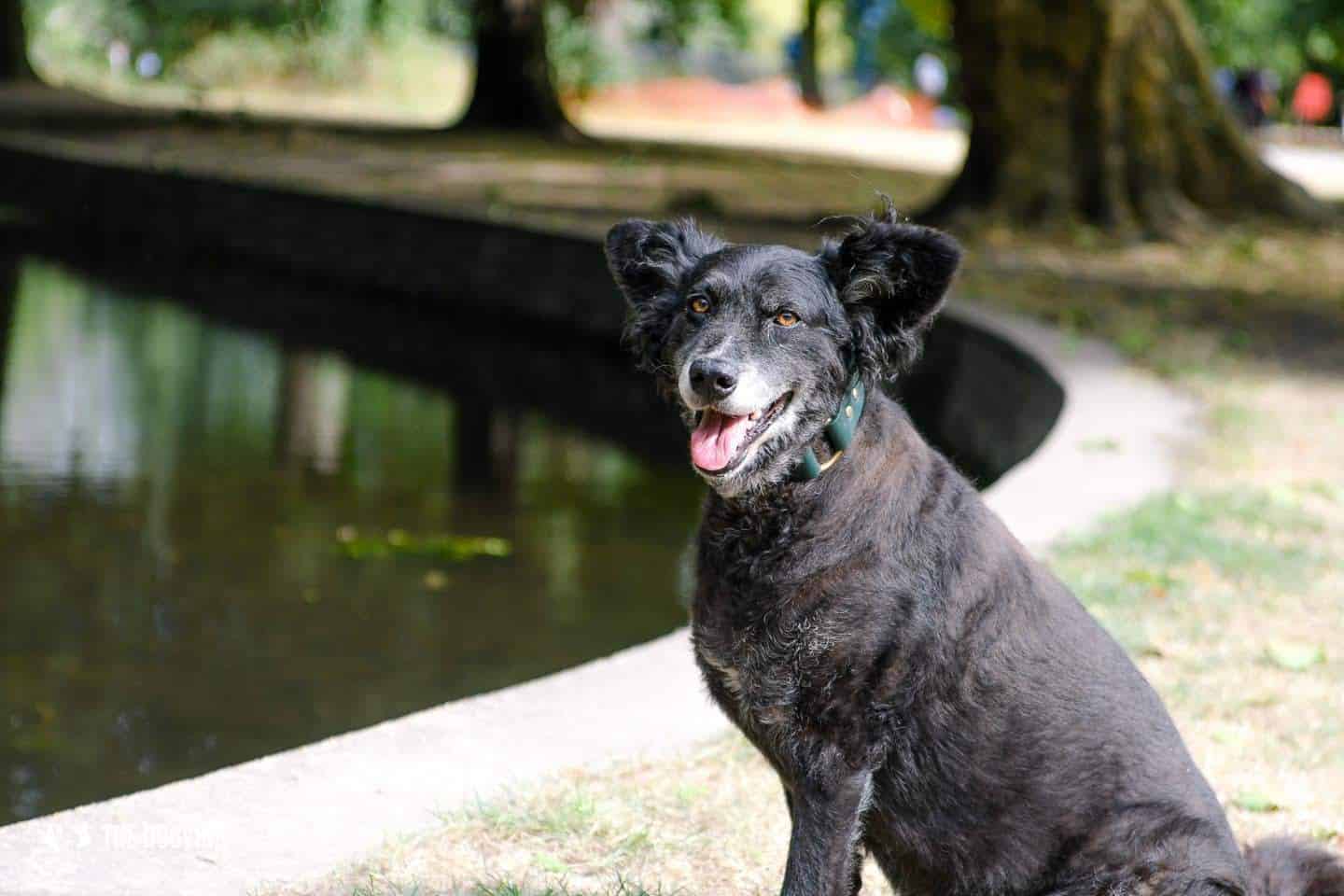 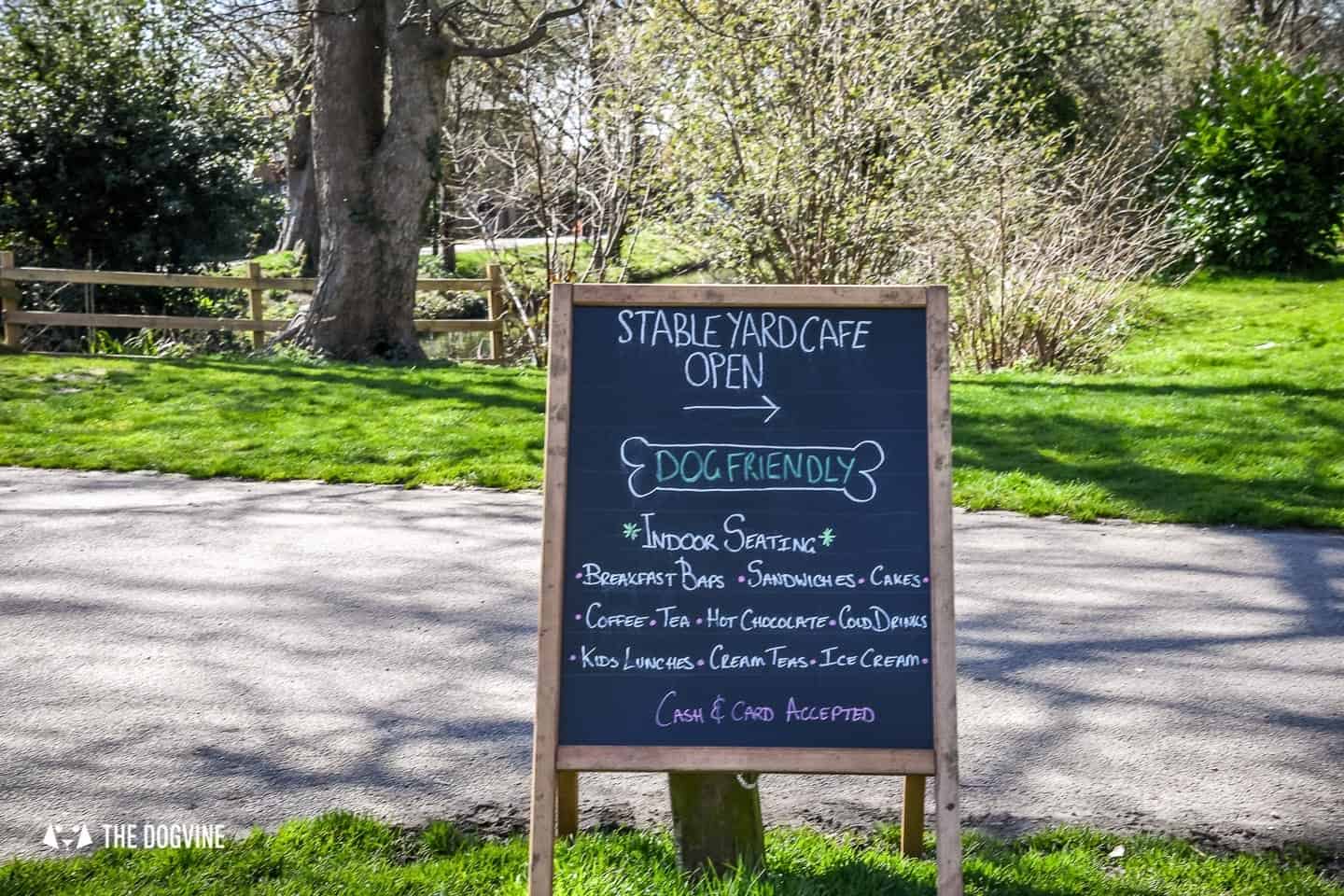 How to Get to Dog-friendly Morden Hall Park?

Daily from 10am-6pm with the exception of the Stableyard Cafe which closes at 4pm. Different times may apply during the Autumn / Winter months so please check the Morden Hall website to confirm. 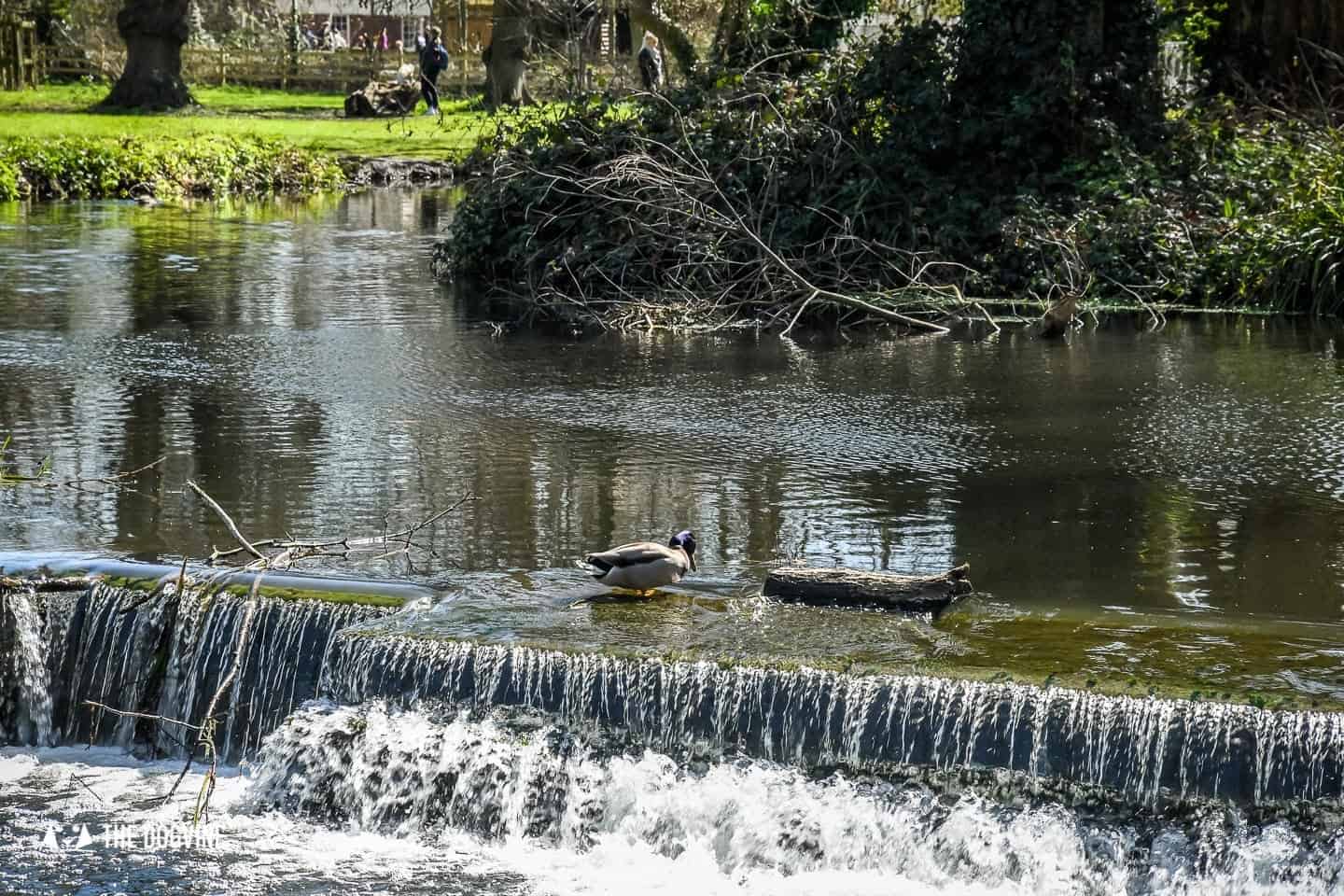