Last weekend it was time for the much awaited Pup Aid 2016! Back for another year at Primrose Hill, the event organised by Marc The TV Vet aims to raise awareness about the cruel practice of Puppy Farming and the horrific trade associated with it.

Pup Aid has become one of the highlights of the London Canine Calendar with a clear message…to not buy puppies from pet shops, always ask #wheresmum if getting a puppy from a breeder or better still to #adoptdontshop and adopt one of Britain’s thousands of rescue dogs looking for a new home.

Many of the dogs who come along to support Pup Aid are ex-puppy farm dogs themselves, previously exploited to make a profit for breeders.  Listening to their stories was simply heartbreaking and although these dogs are now safe and loved, thousands more still endure lives of neglect and abuse on puppy farms.

The good news is that if turnout at this year’s event is anything to go by, the anti-puppy farming message is definitely gaining more and more support which is great news. In fact Pup Aid 2016 was quite the star-studded affair both for two-legged and four-legged celebrities… 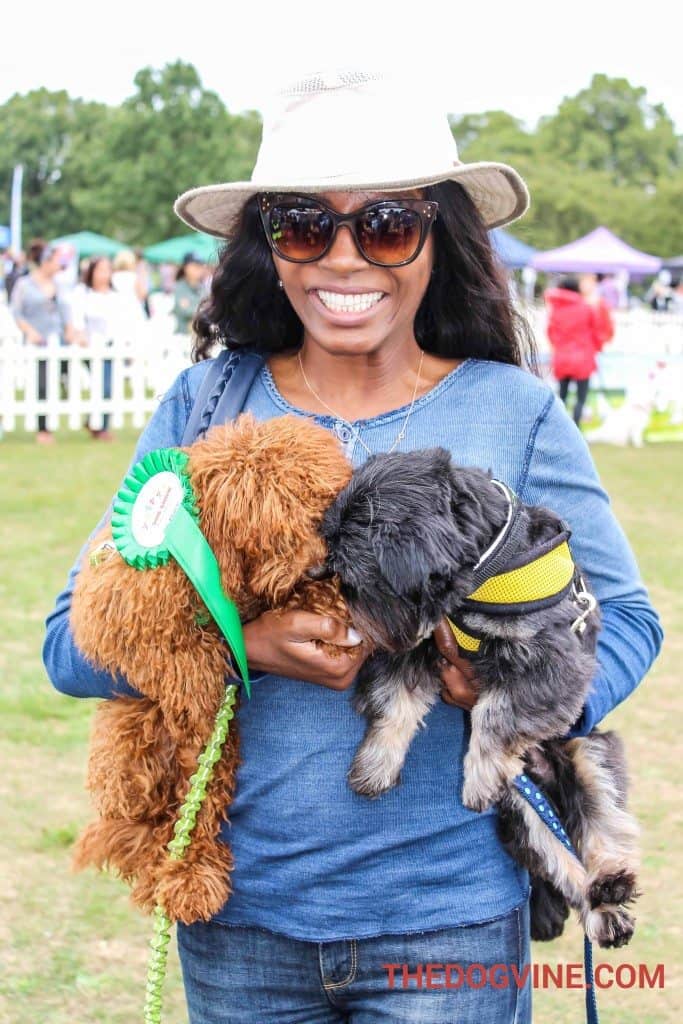 Pup Aid is definitely different from the X-Factor Judges Houses! Sinitta, accompanied by the very cute Scarlett O’Hara (left) was at Pup Aid as a celebrity judge 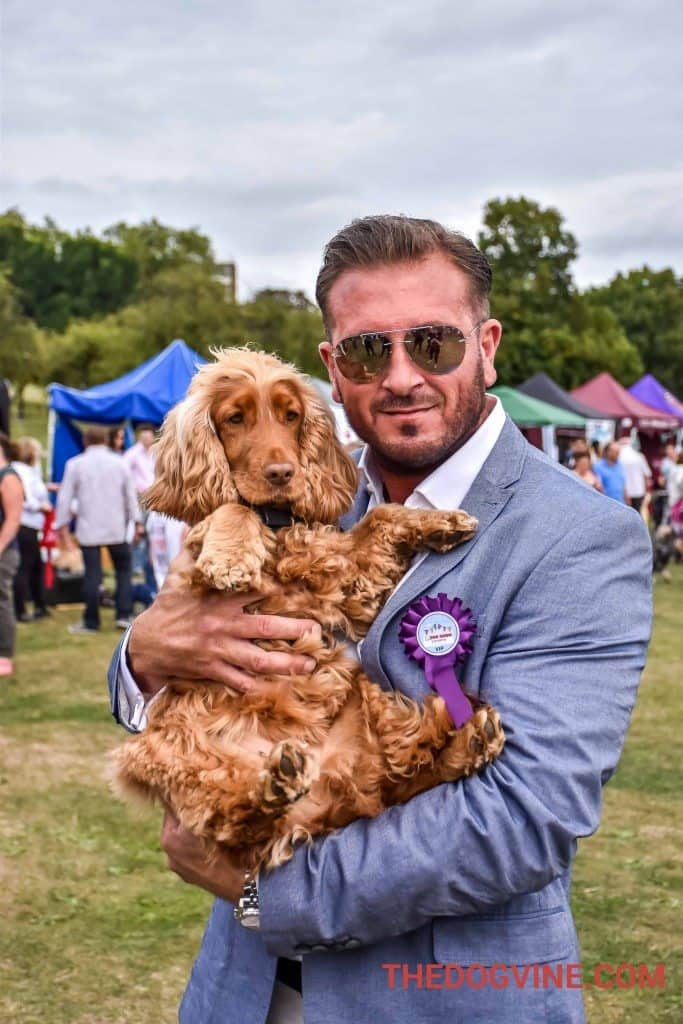 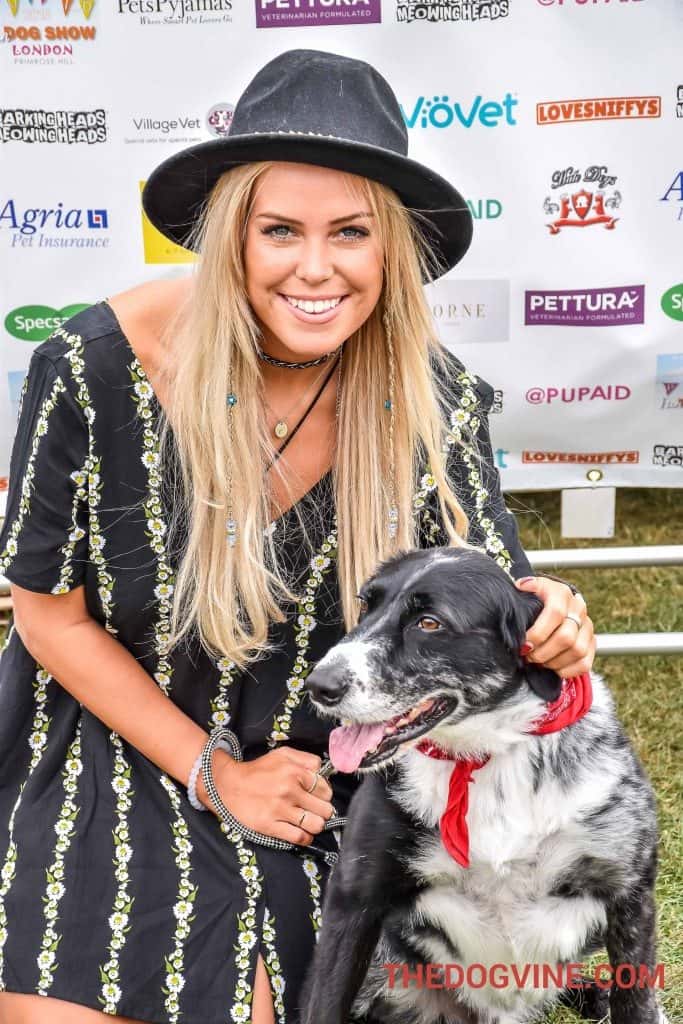 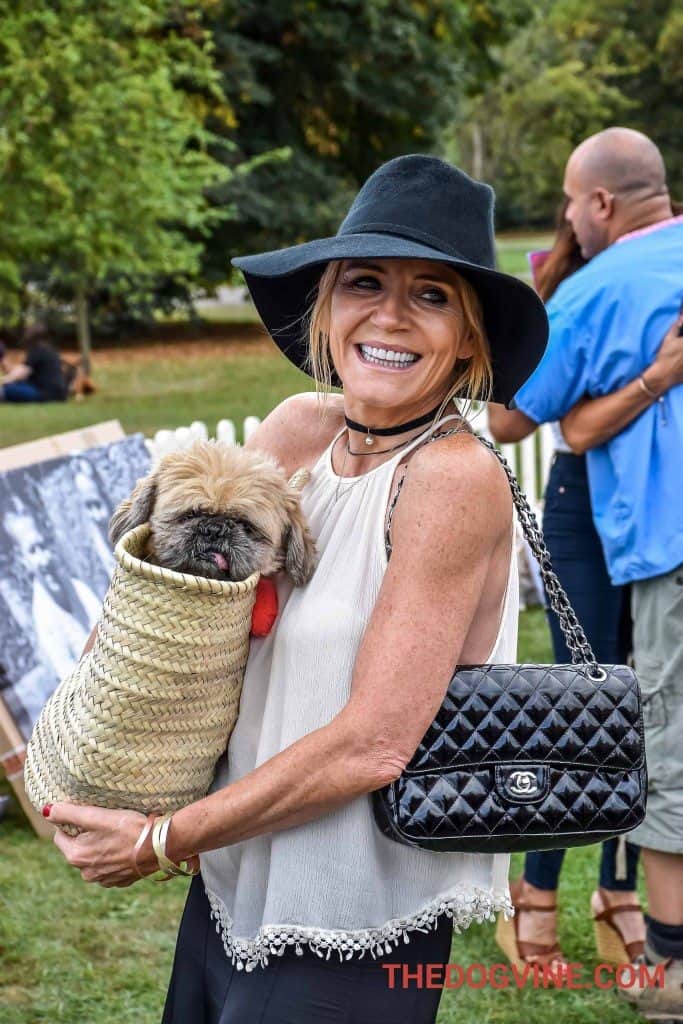 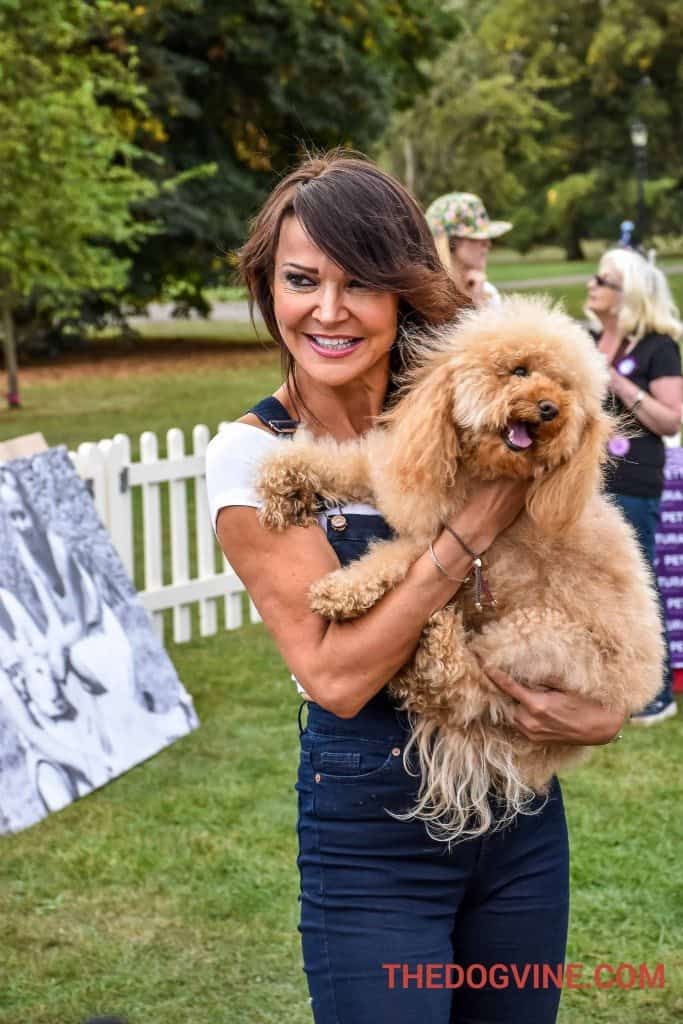 Presenter and Model Liz Cundy strikes a pose for the ‘Puparazzi’ 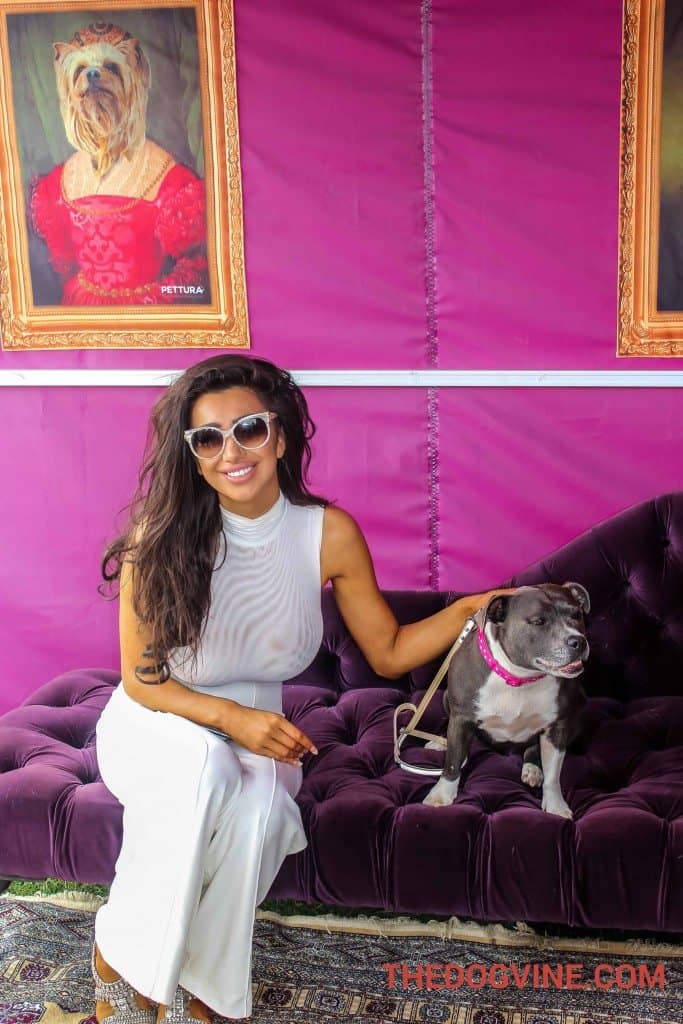 Celebrity Big Brother’s Chloe Khan dressed to impress in her stylish white outfit (which she managed to keep clean throughout the entire dog show). Speaking of outfits, Chloe auctioned off her Big Brother entrance dress and raised £1,080 for Pup Aid…go Chloe! 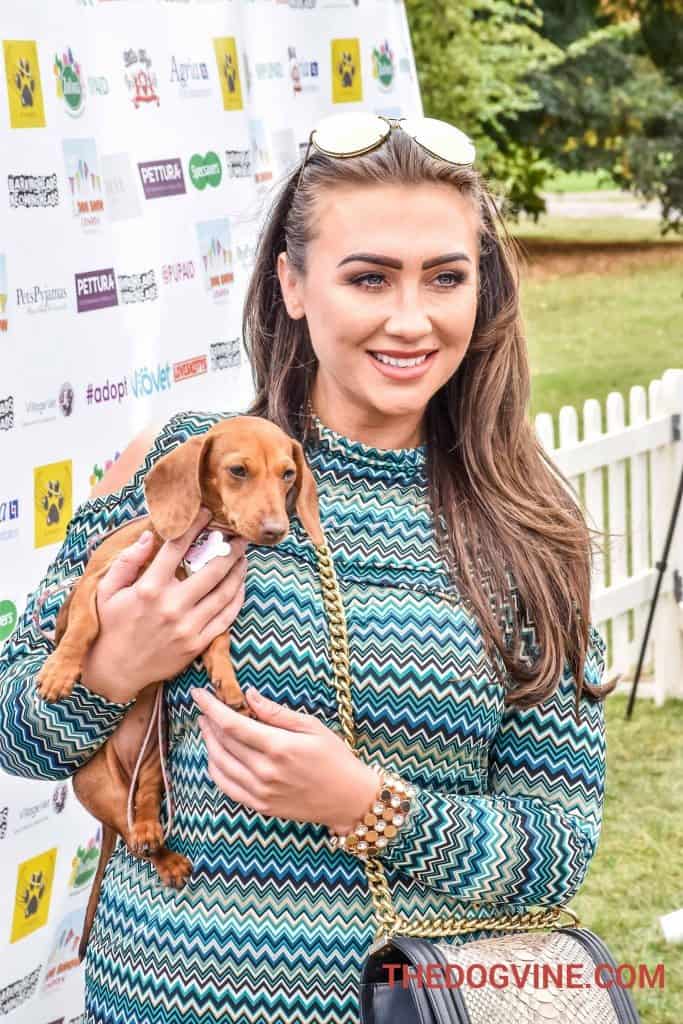 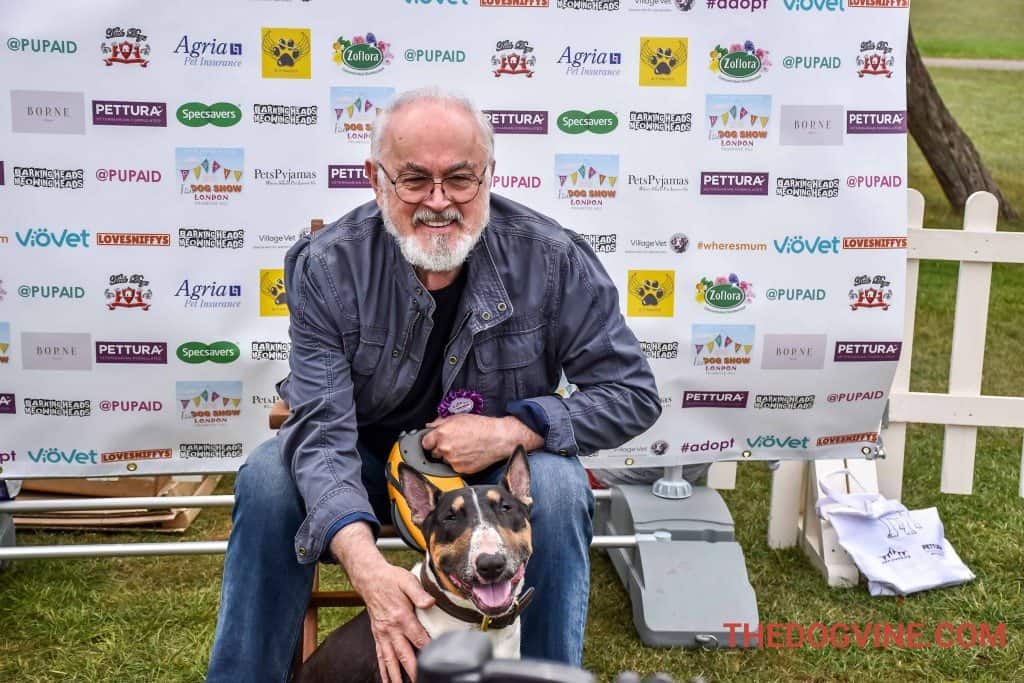 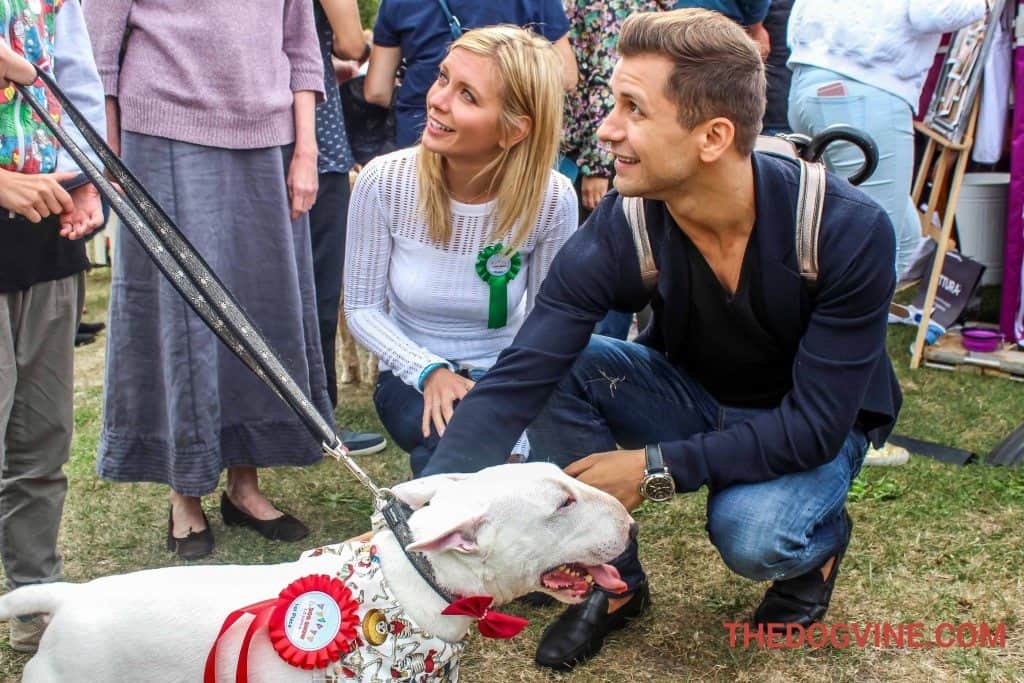 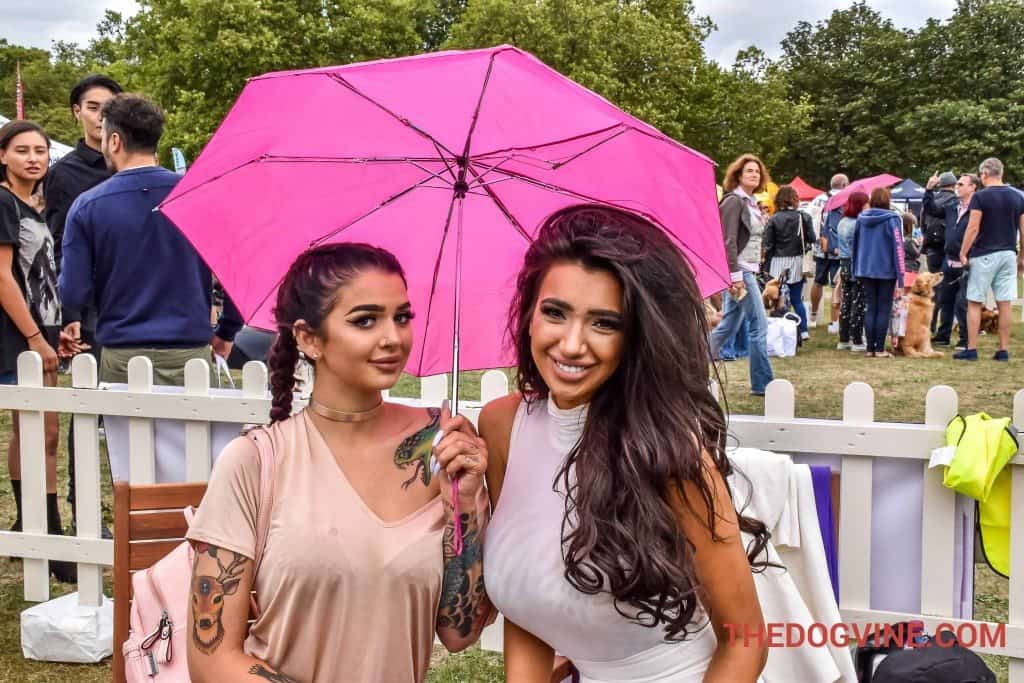 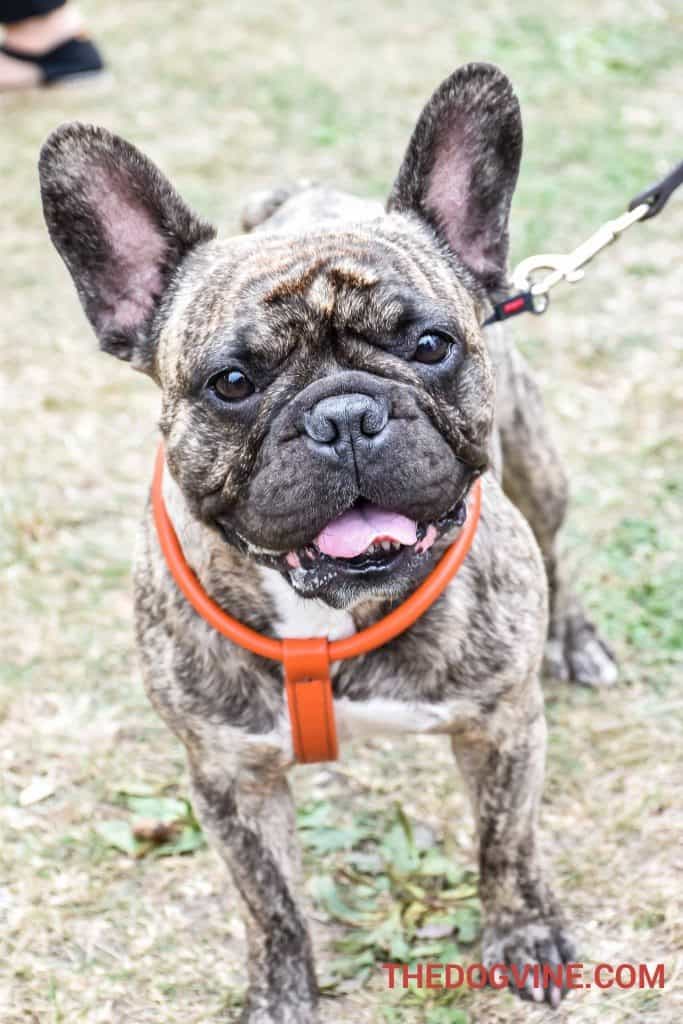 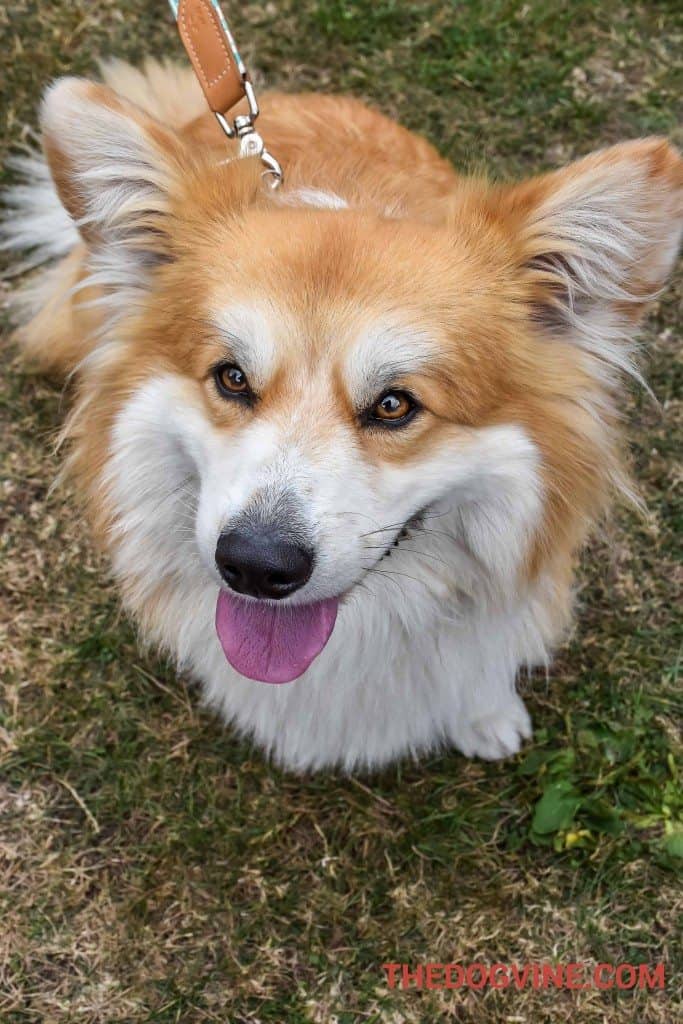 Insta famous Marcel Le Corgi who will be your friend forever for a treat (or many!) 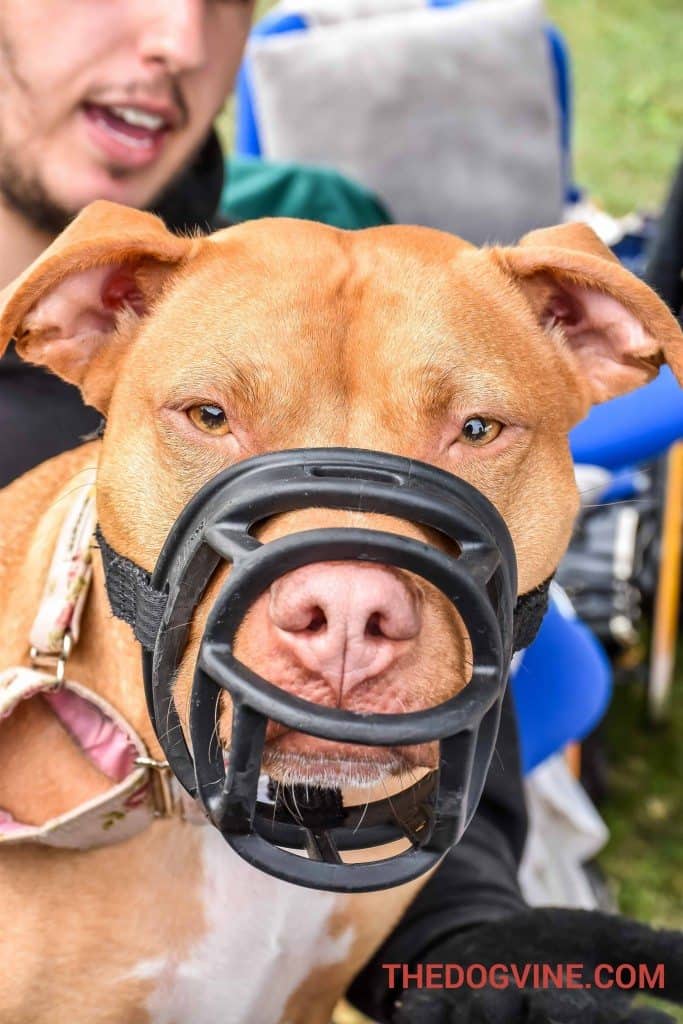 Insta famous Indy the exempt Pit Bull campaigns hard with The Save A Bulls for people not to judge her by her looks. One of the sweetest, softest dogs we’ve met! 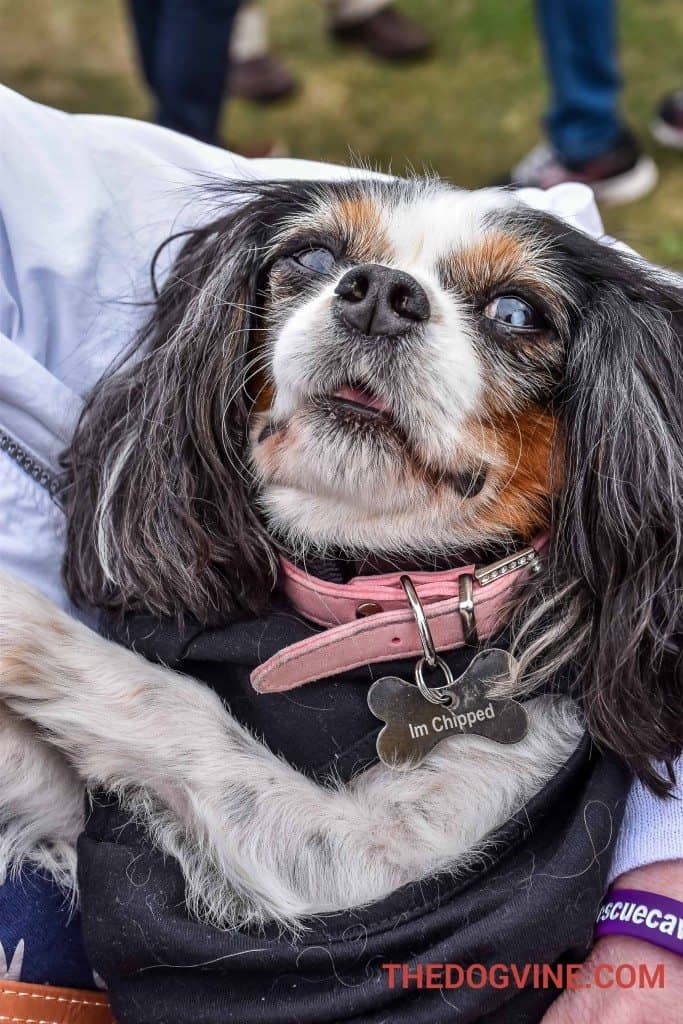 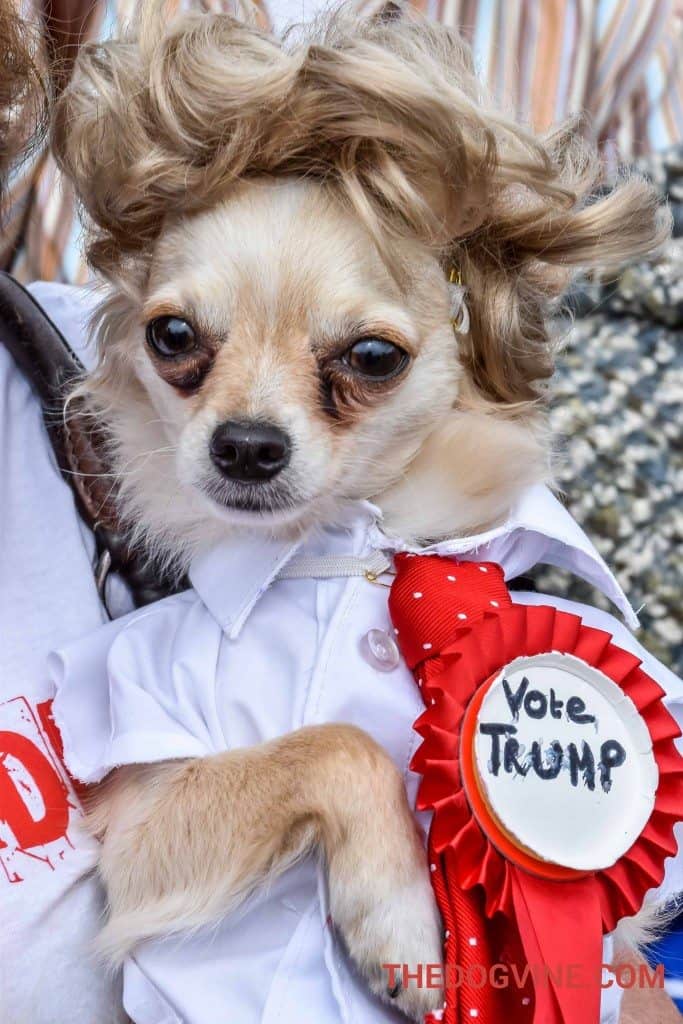 Donald Trump aka Olly The Chihuahua…this Trump is not social media famous (yet) but we think he’s a got a good career ahead of him!

Some pups attending the event were hoping some of the glitz & glamour might rub off on them to help them find their forever homes…Izzy & Fitch from London Rescue & Rehoming Charity All Dogs Matter are up for adoption and just too adorable for words so we’re keeping our paws crossed they will be adopted soon!

In fact All Dogs Matter got a lovely surprise on the day, when they received a cheque for a whopping £1,153.40 from the lovely people over at Dogrobes, who donate a percentage of the profit from every dogrobe sold to charity and recently chose All Dogs Matter as their charity partner. This money will go a long way to helping All Dogs Matter care for dogs like Izzy and Fitch whilst they’re waiting for their new homes.

It was amazing to be able to watch Belinha come to life on canvas throughout the day and the finished painting brought tears to our eyes. Watch how the transformation took shape…

There’s no doubt that whether it was watching the tiny Trip Hazard (as seen on Britain’s Got Talent) fly through the air in the displays, taking part in the the celebrity-judged dog show or have-a-go agility, or browsing at one of the many stalls with lots of doggy treats, London’s dogs were having a ball at Pup Aid. 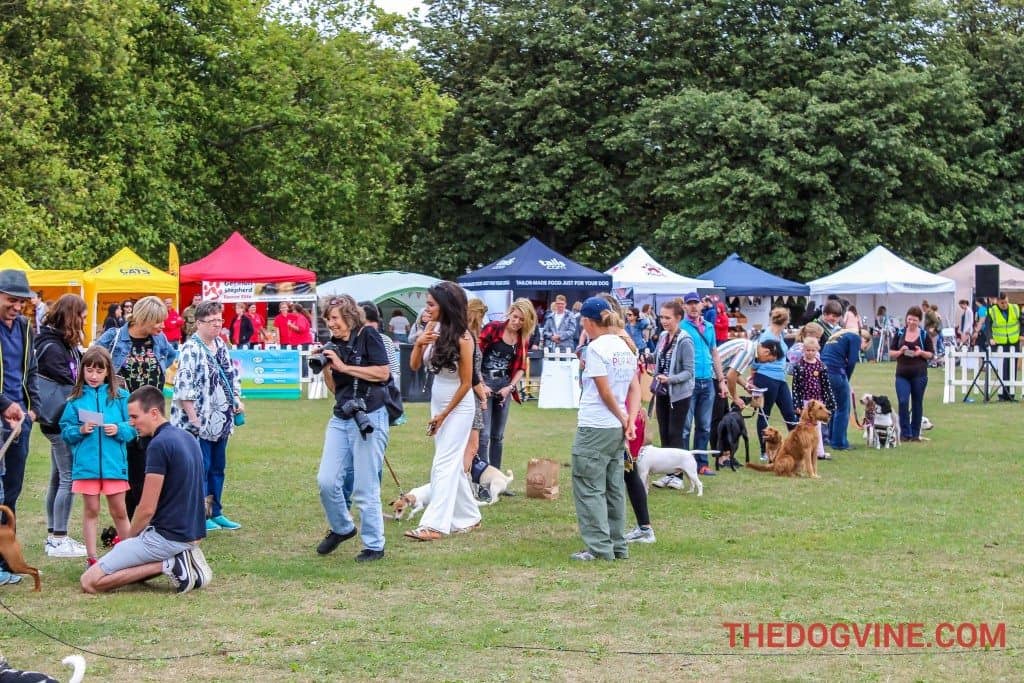 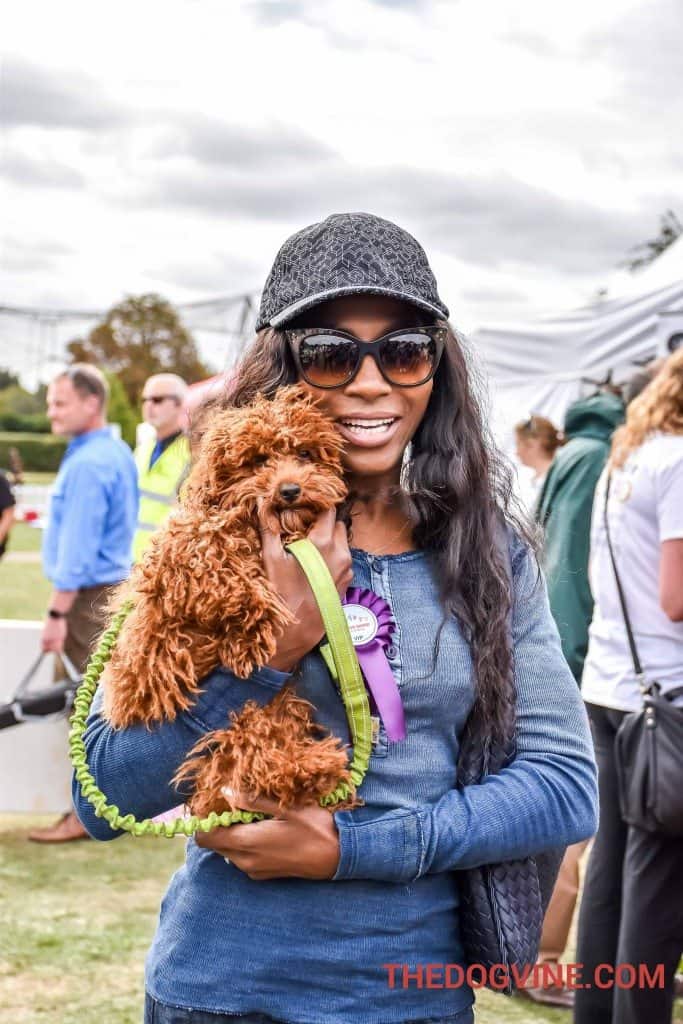 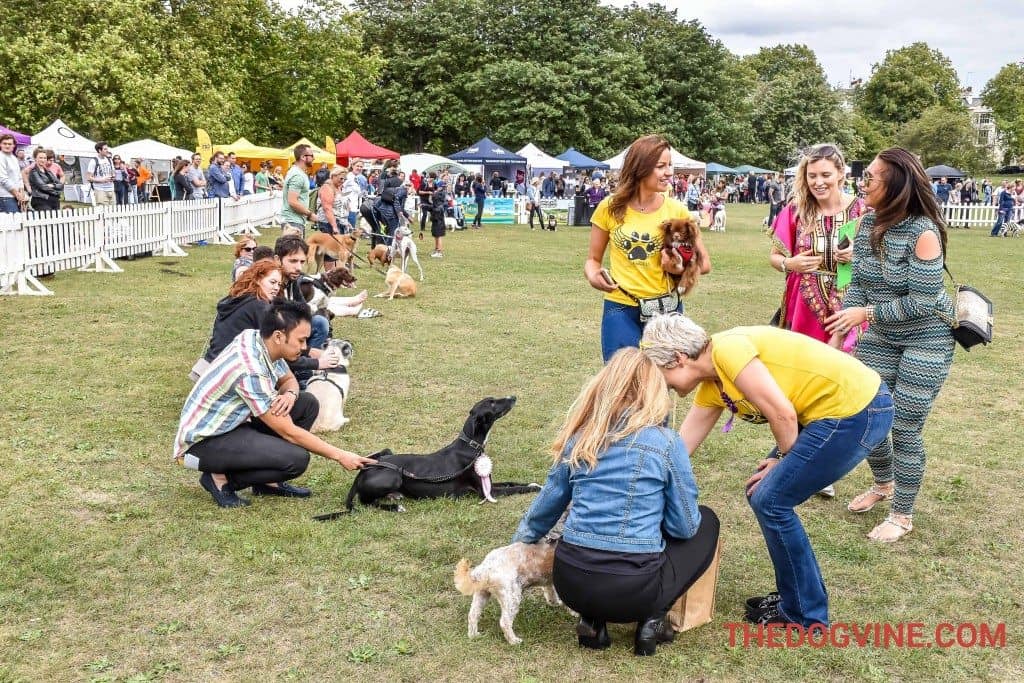 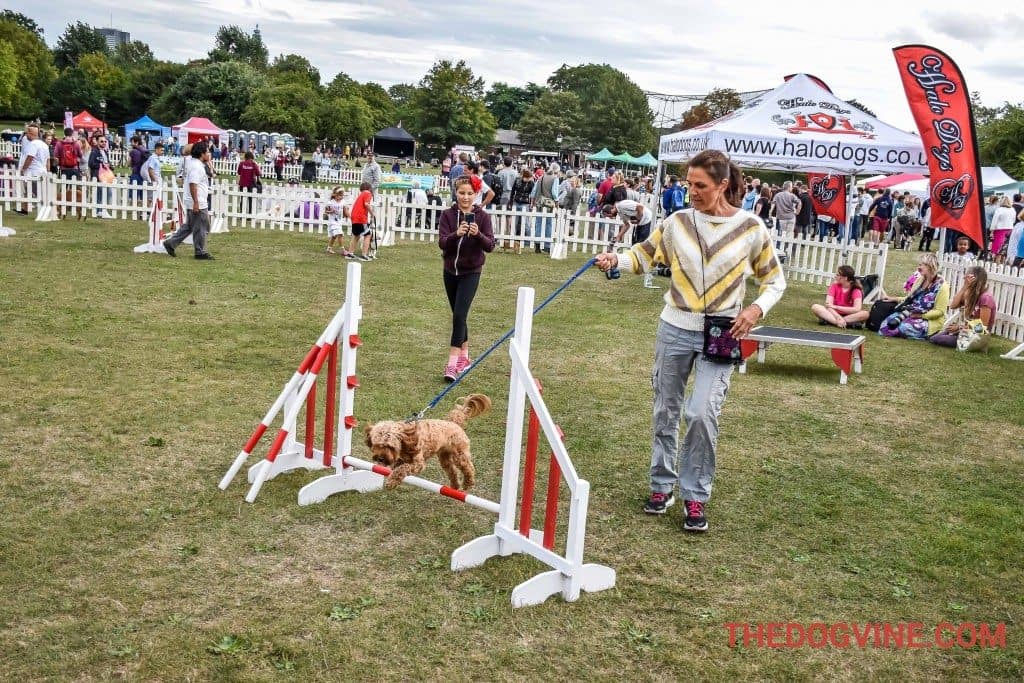 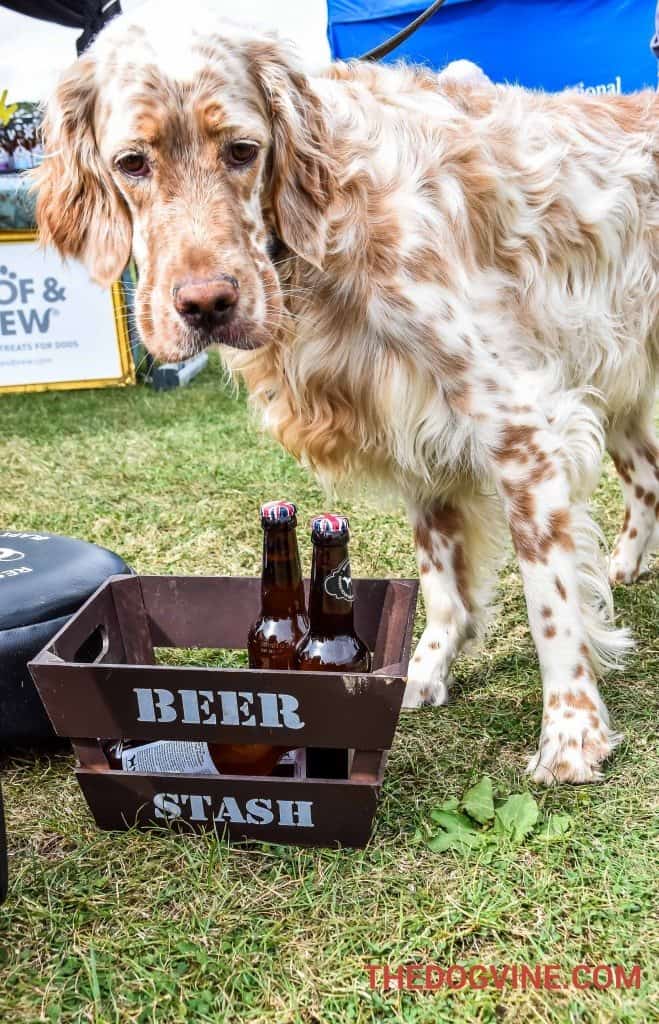 We certainly had an absolutely amazing day meeting so many lovely people and pooches, all who came together to take another paw forwards in spreading the anti-puppy farming message and helping more rescue dogs find their forever homes.

Marc and the Pup Aid Team we raise our paws in respect, thank you for a fabulous day!

Did we ‘Pap Your Pooch’? More Pup Aid 2016 photos are up over on our Facebook Page…