London’s best dressed dachshunds descended on Fulham over the weekend for the Sausage Social London Mad Hatters Tea Party and oh my dog, were they fabulous! If you thought dachshunds were cute already, wait till you see these guys all dressed up in their Mad Hatter’s themed outfits!

The Mad Hatters Tea Party was put together by Sausage Social London who organise social events for the sausage dogs of London to raise money for charities like The Red Foundation (a Dachshund Rescue & Rehoming Charity). This was the second Sausage Social London event organised by founders Reginald and his human Annabelle.

Held in The Wellington Pub in Fulham, this quiet side street was in for a bit of a surprise (as were the normal pub punters), when London’s best dressed dachshunds descended on them on this sunny Sunday afternoon. On this occasion, best dressed extended to the humans too.

Twinning is winning after all…

The event was for sausage dogs and dachshund mixes only but there was one honorary non sausage dog allowed. The Rockster – of the ‘life enhancing super food for dogs – The Rockster fame’ was there supporting the event and brought along his very own Rockster Mobil, a very stylish Piaggio Ape! 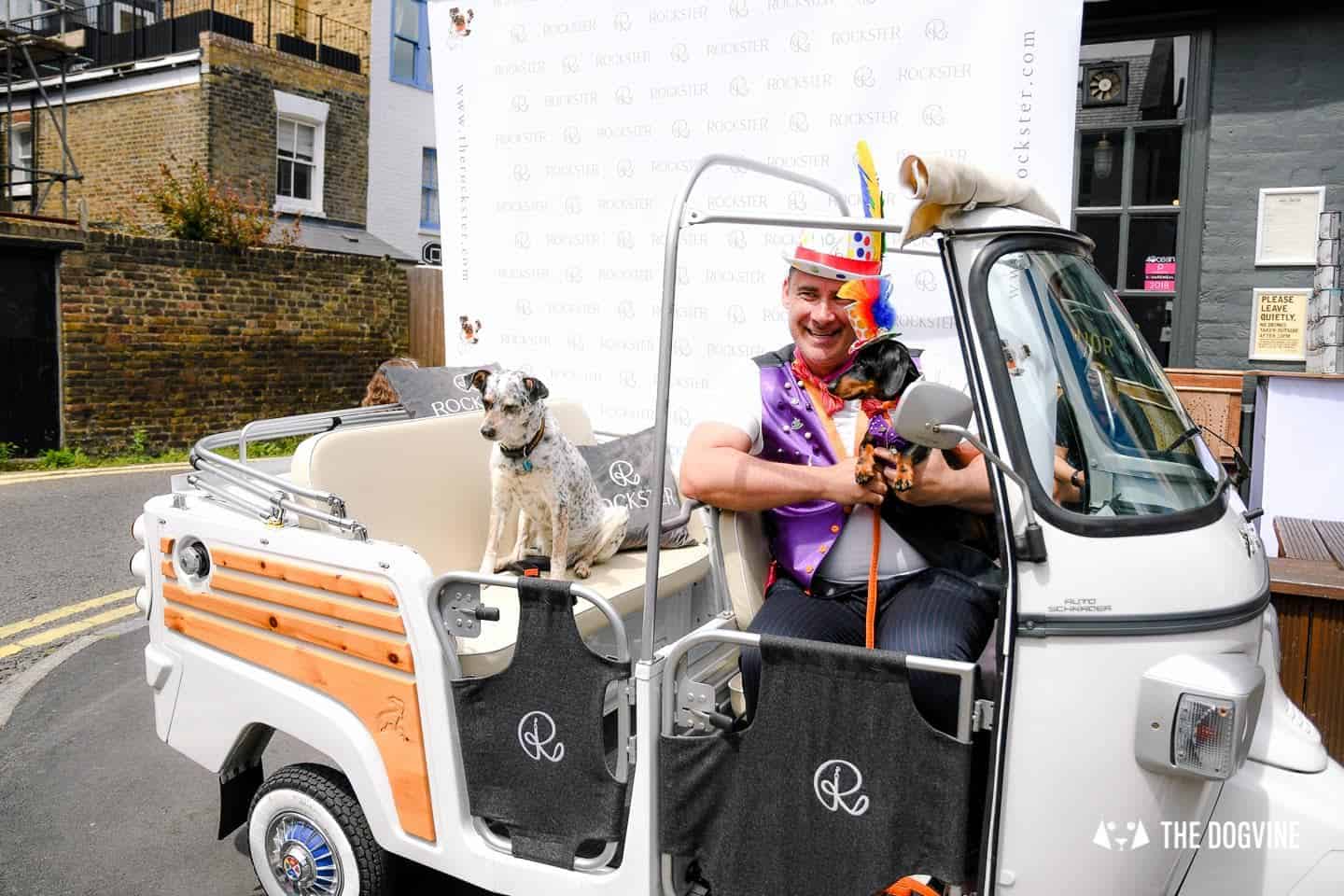 It wasn’t long before all the dachshunds decided they would like a go, which quickly became how many sausages and their humans can you fit in one Piaggio Ape! 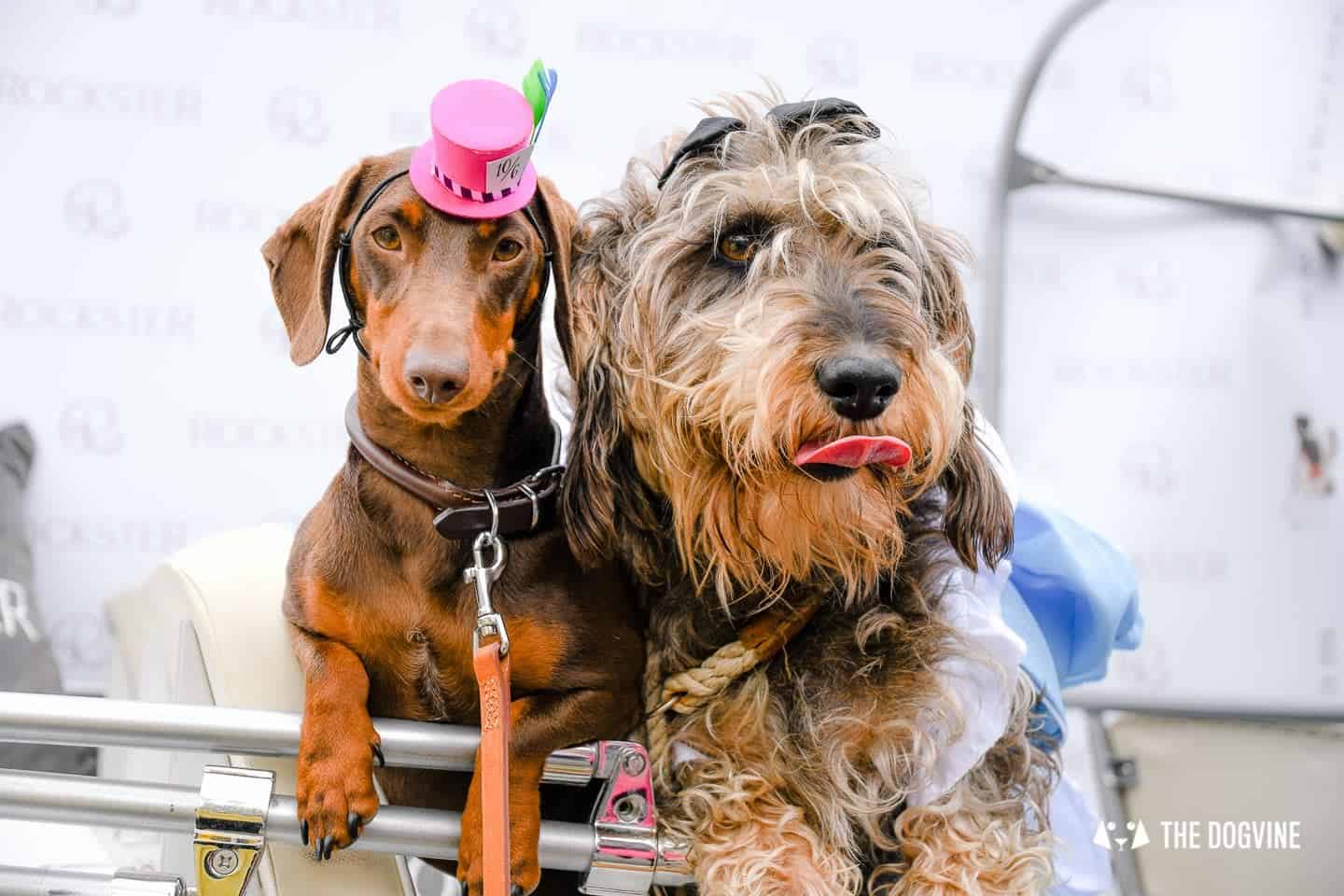 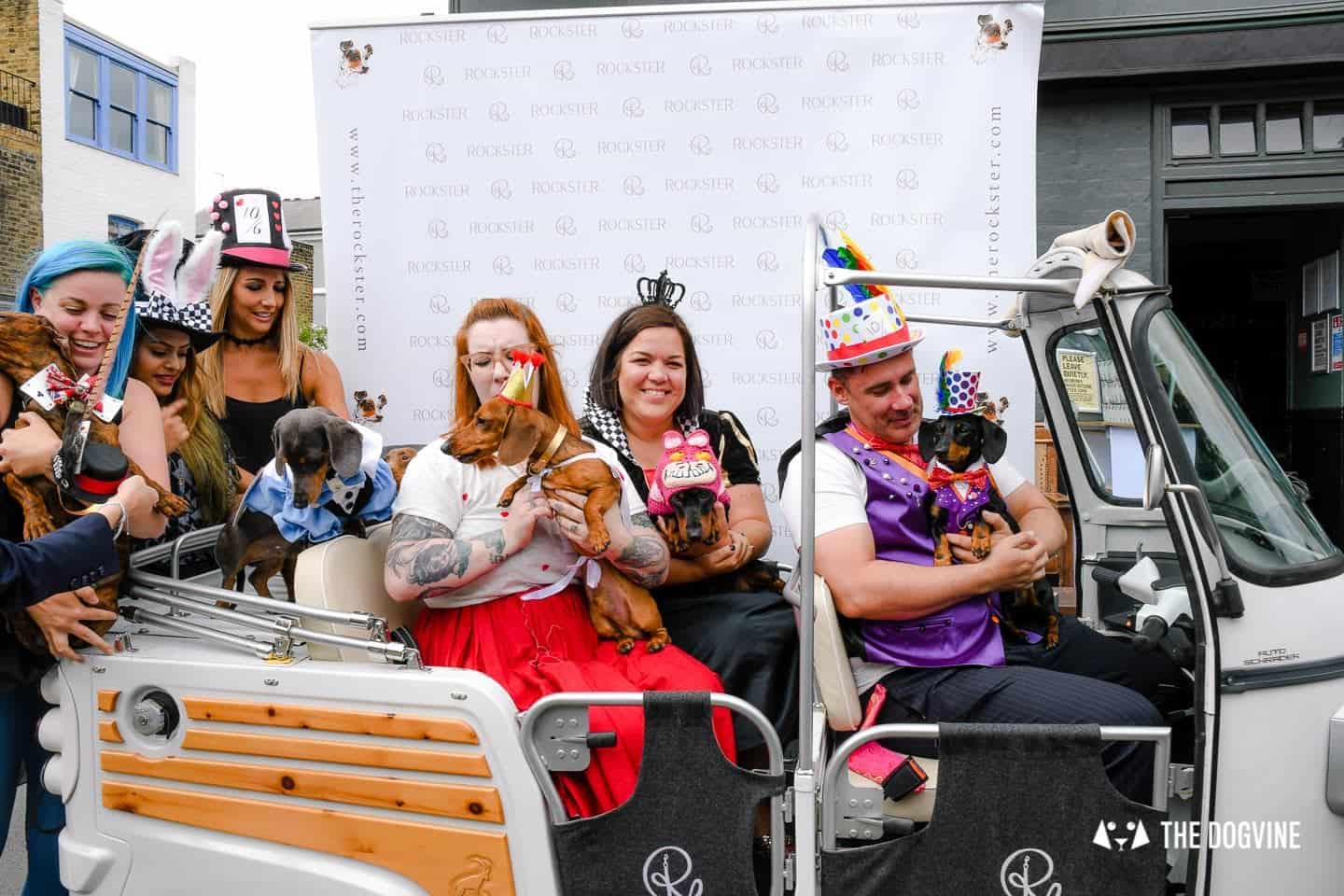 The Rockster being a senior chap (he’s over 18 years old but still very young at heart thanks to his super food) left them to it. As you can imagine by now the Sausage Social London Mad Hatters Tea Party was living up to one part of it’s name for sure!

After lots of posing for the puparazzi it was time to head into The Wellington for the charity raffle and the actual Mad Hatters Tea Party where the dogs were served a delicious menu of Rockster food. 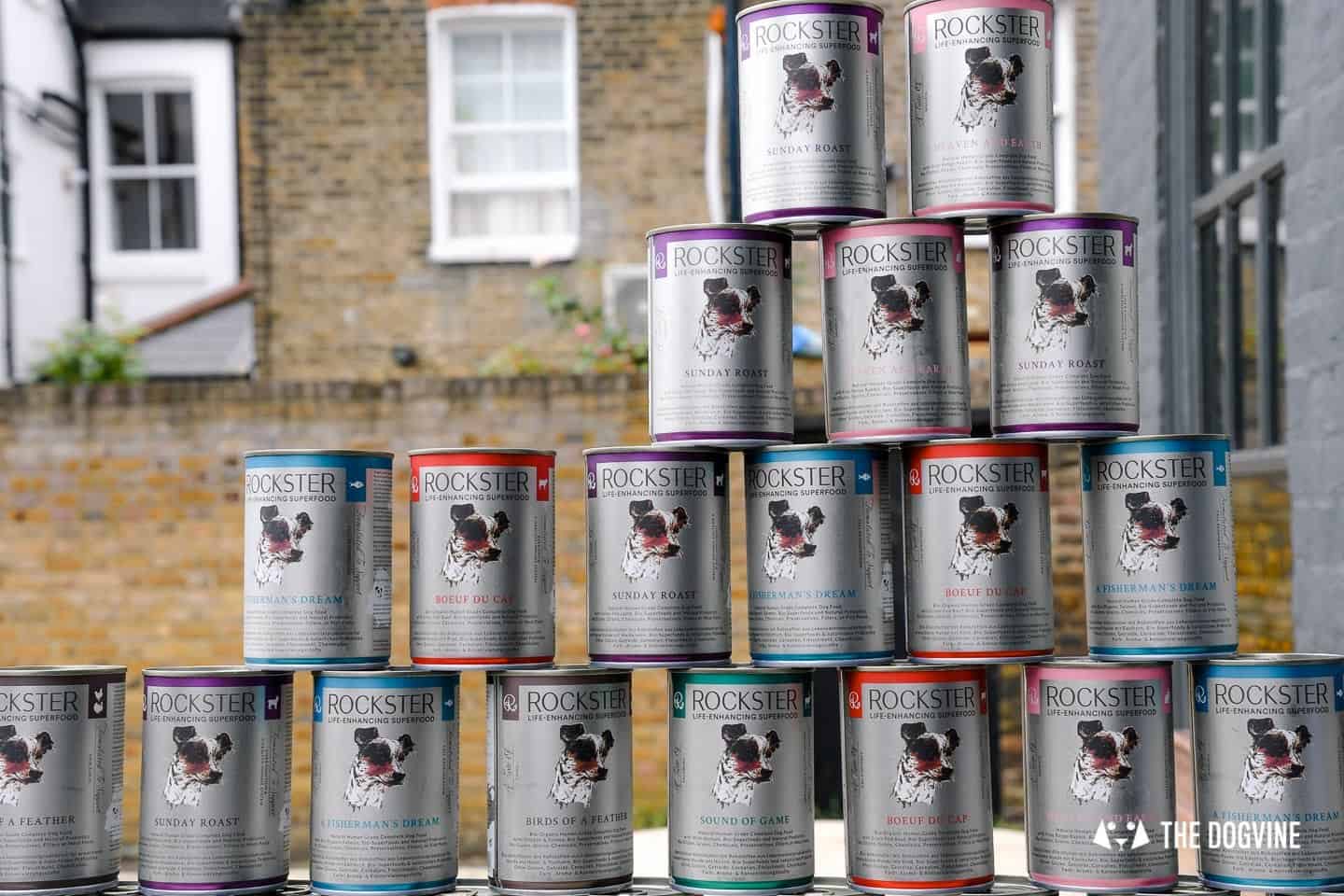 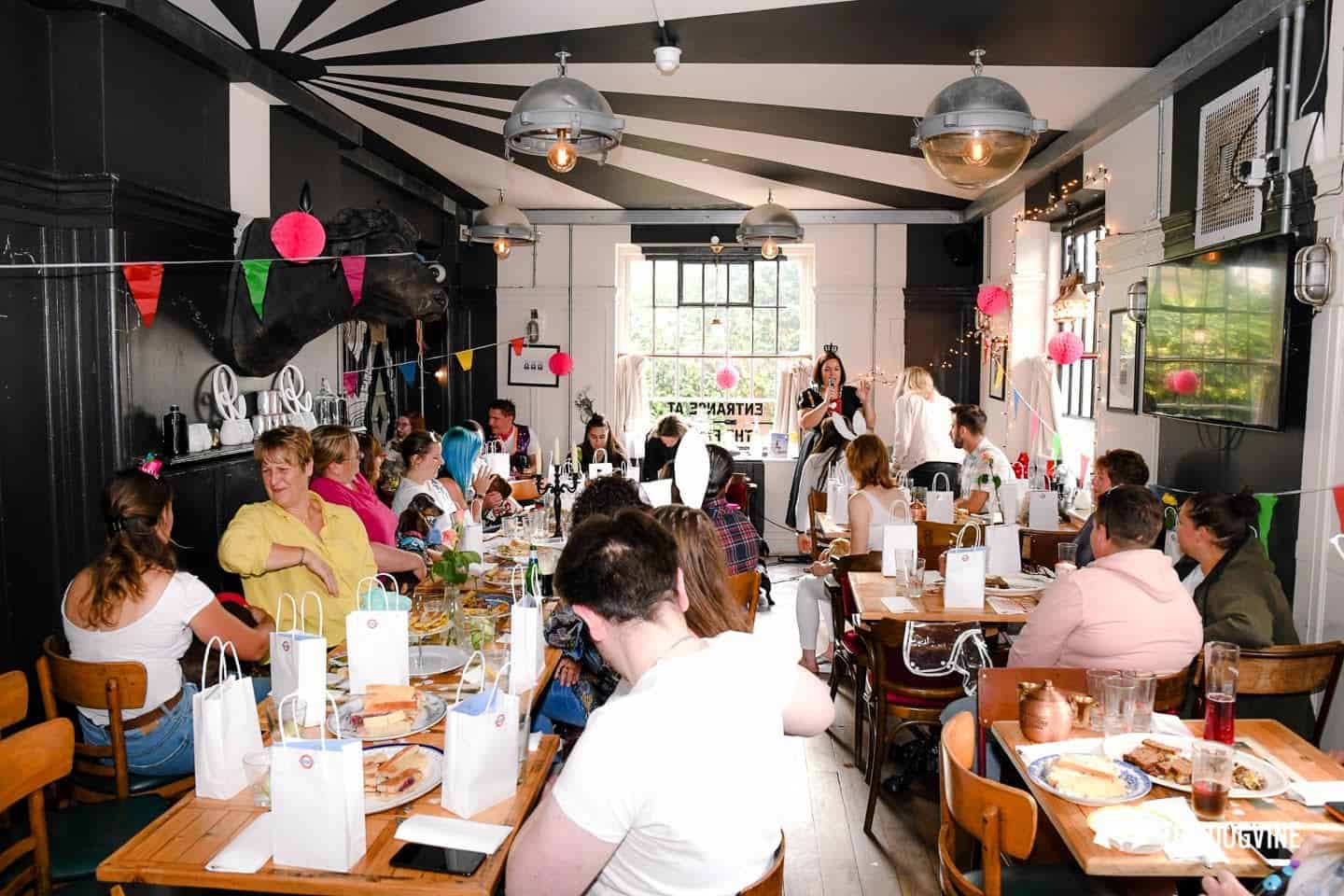 However, it wasn’t long before everyone was back outside in the Rockster Mobil again (clearly every party needs one of these). 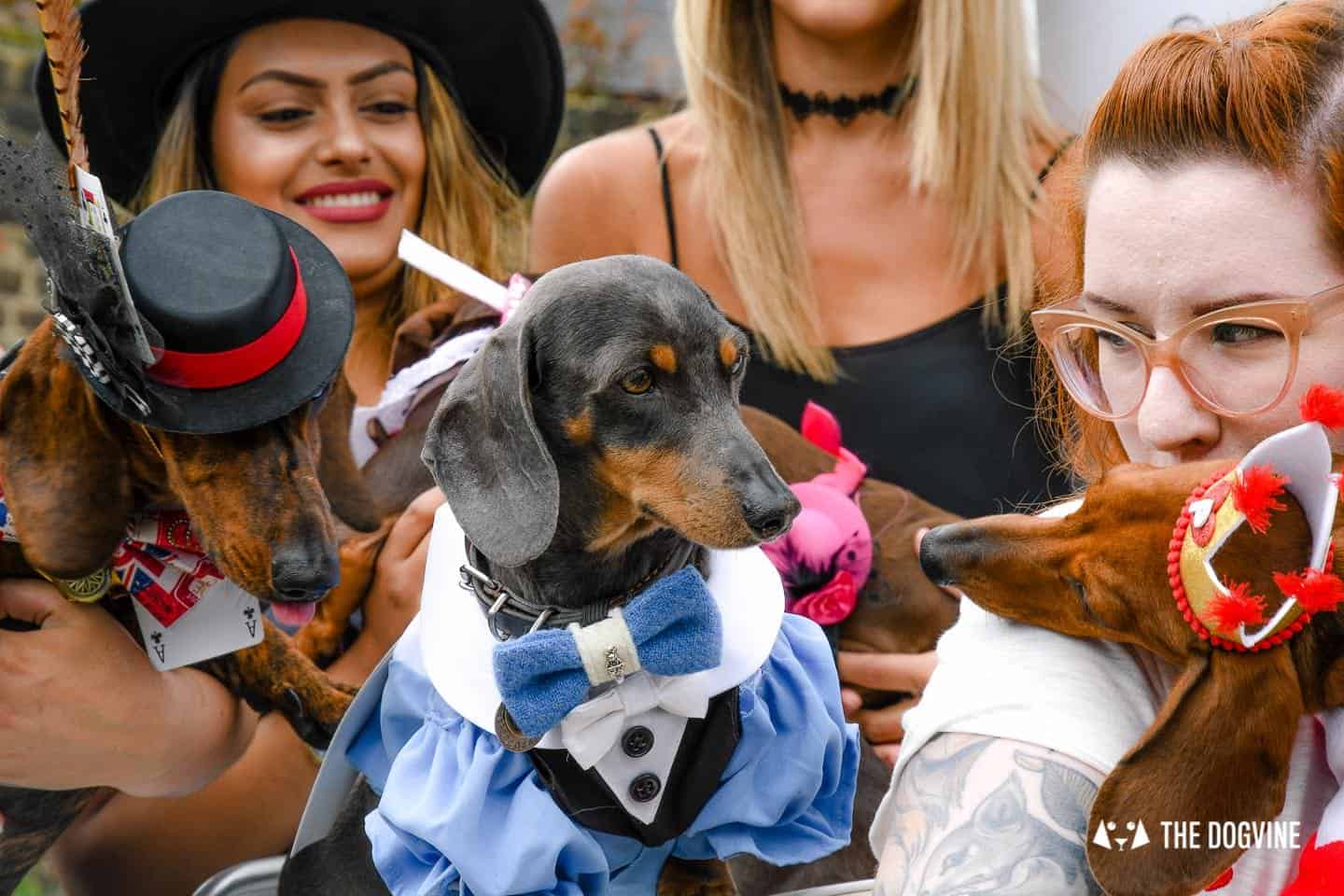 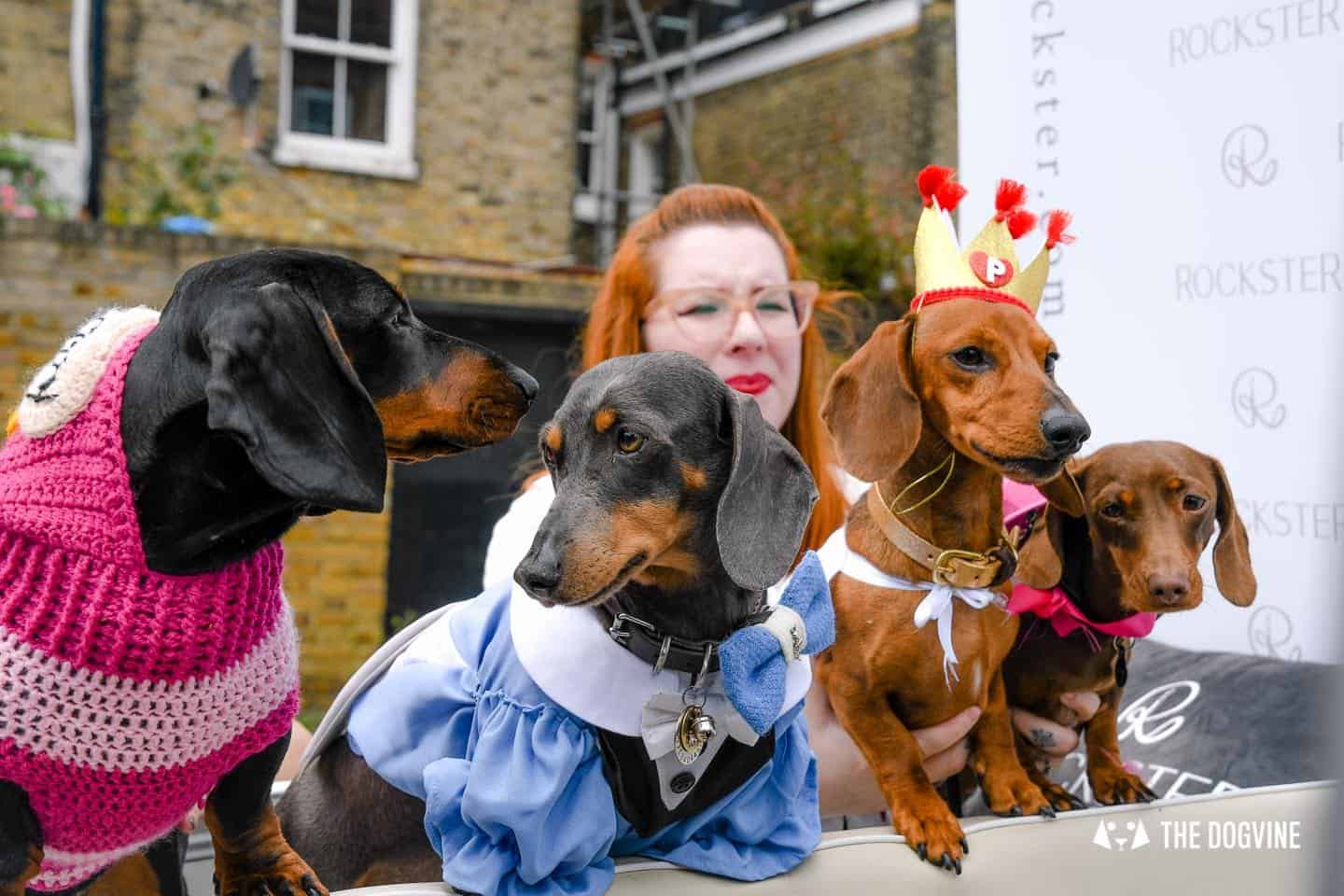 Dachshund Barney (who had come from Hertfordshire for the event) had bought multiple outfits so he was well prepared for the second round of Piaggio photo posing! Barney told us he was off to see the Queen later so needed to be dressed for the occasion, which he definitely was.

Mad Hatter: Have I gone mad?

Alice: I’m afraid so. You’re entirely bonkers. But I’ll tell you a secret. All the best people are.

And finding a sausage dog friend to take us along obvs.

More photos of London’s best dressed dachshunds at the Sausage Social London Mad Hatters Tea Party are up on our Facebook page.