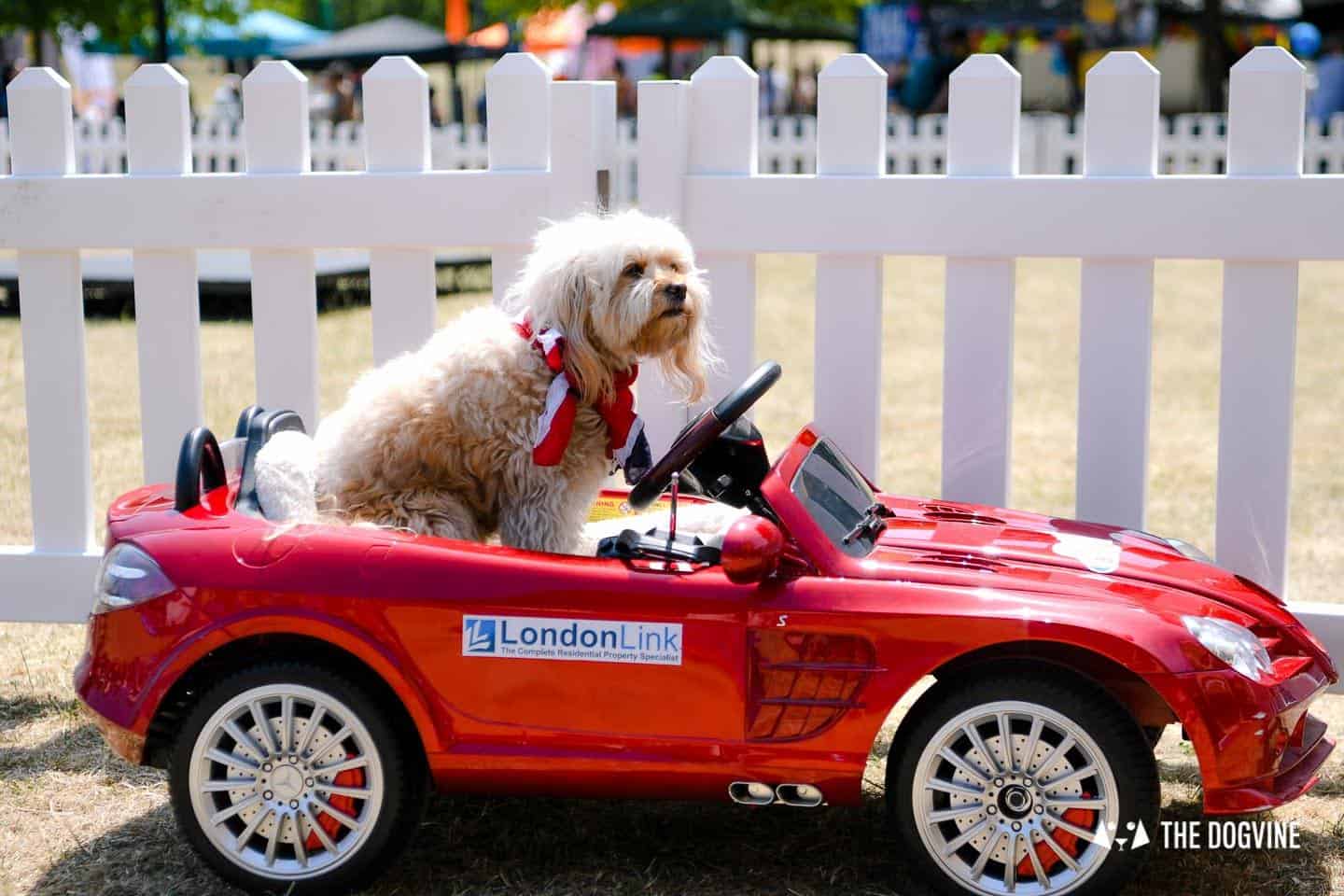 I’d been invited along by Lesley, the organiser of Canary Woof to photograph the show and I was looking forward to it, as for one reason or another, I hadn’t been able to make previous Canary Woofs despite it being a firm favourite on the London Dog Events Calendar. 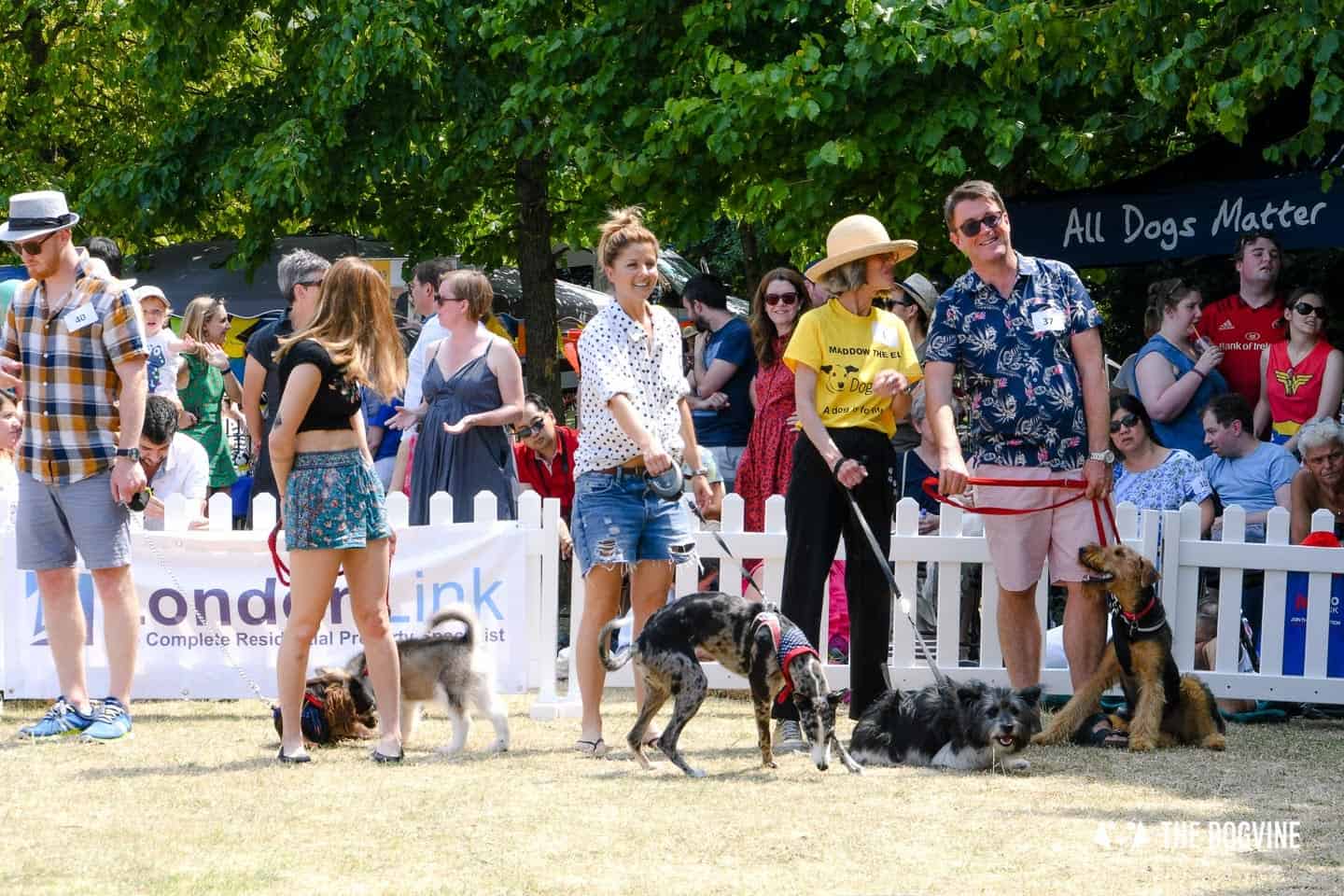 It was a sweltering hot day so dogs (and humans) were encouraged to stay in the shady areas both inside and outside of the dog show ring as well as cool off in the doggy paddling pool. If only there had been an adult sized pool for humans to cool off in too! 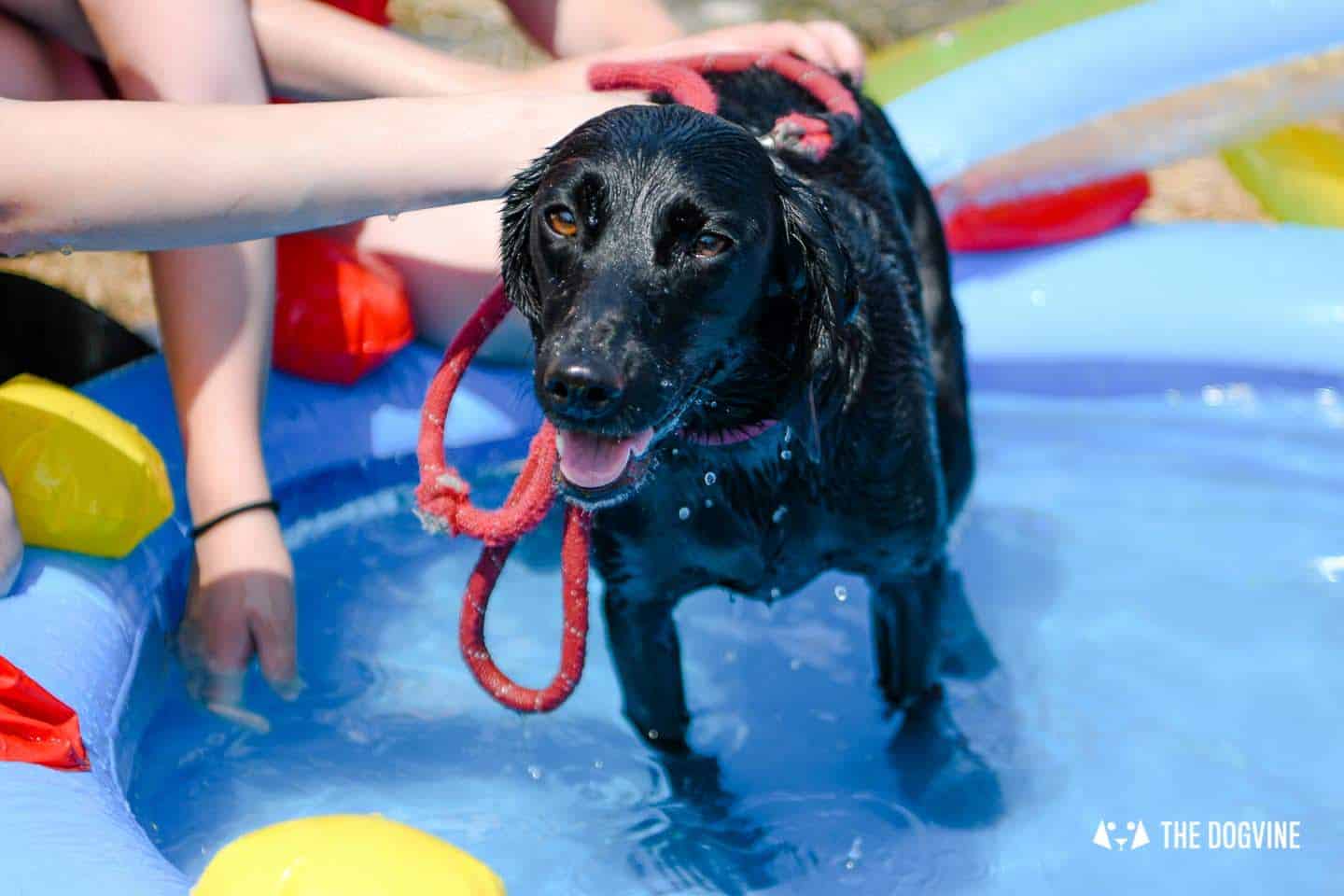 The Canary Woof Dog Show 2018 was raising money for two pawsome charities, All Dogs Matter and Pets As Therapy and had some great sponsors both for the show overall such as London Link Properties who specialise in dog friendly accommodation and for the individual classes. All pawticipants were lucky enough to receive a wooftastic goody bag from dog friendly Metro Bank, one of the main sponsors of the show.

We were also intrigued to hear about another sponsor of the show, Oralade Hydrate+ which is a hypotonic chicken flavoured hydration drink for dogs. Oralade Hydrate+ works in a similar way to human sports hydration drinks but is specially formulated for pups. Dogs were literally lapping it up and with this hot weather, this seems like a no-brainer to have in your bag. We are definitely going to try out Oralade for ourselves (well Belinha and Moleque will not me).

The Canary Woof Dog Show 2018 kicked off with a dog tricks and training display from Maria and Gustavito who you may know from other London dog shows. Owners were invited to come in and have a go themselves which was as expected quite unpredictable (and funny). 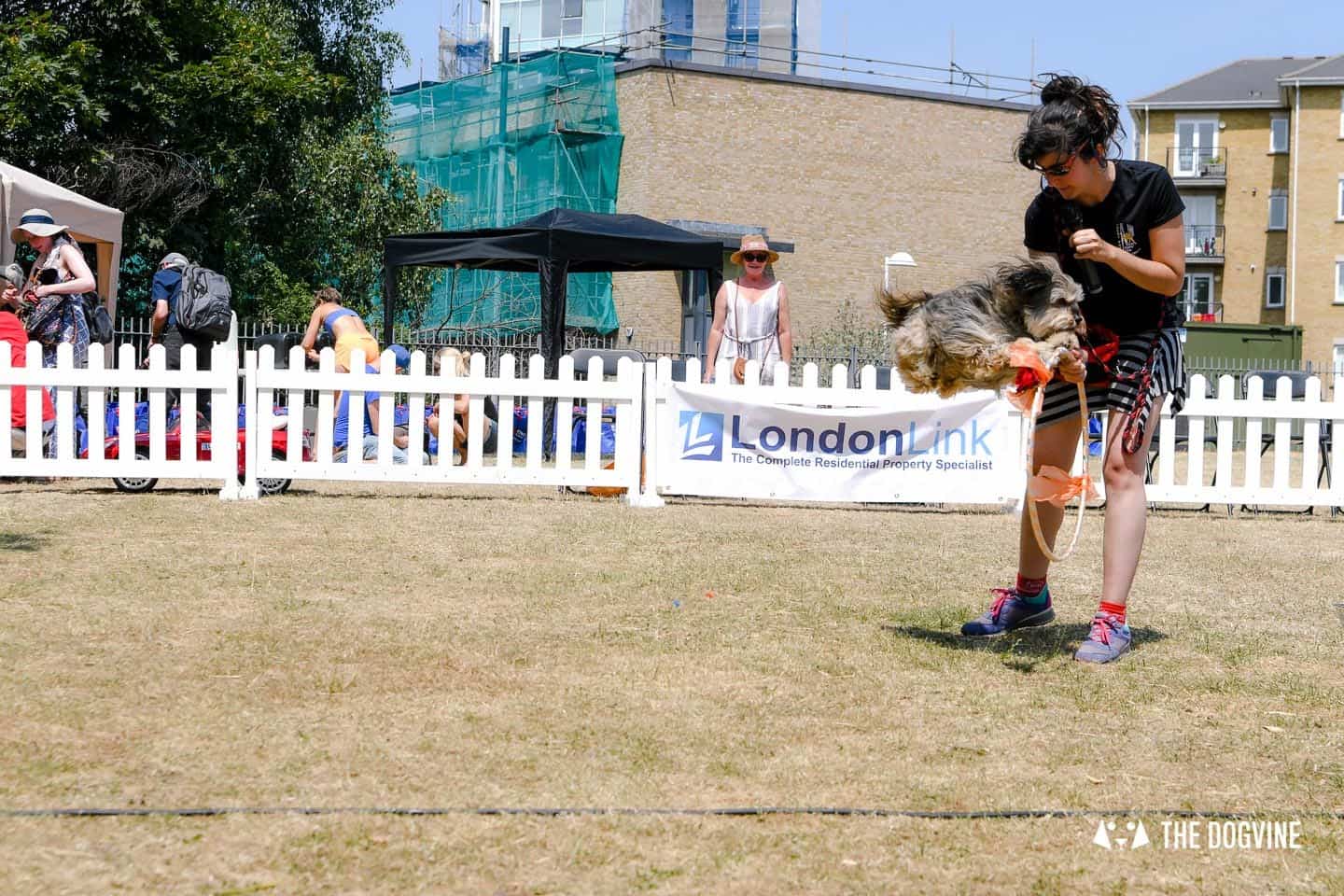 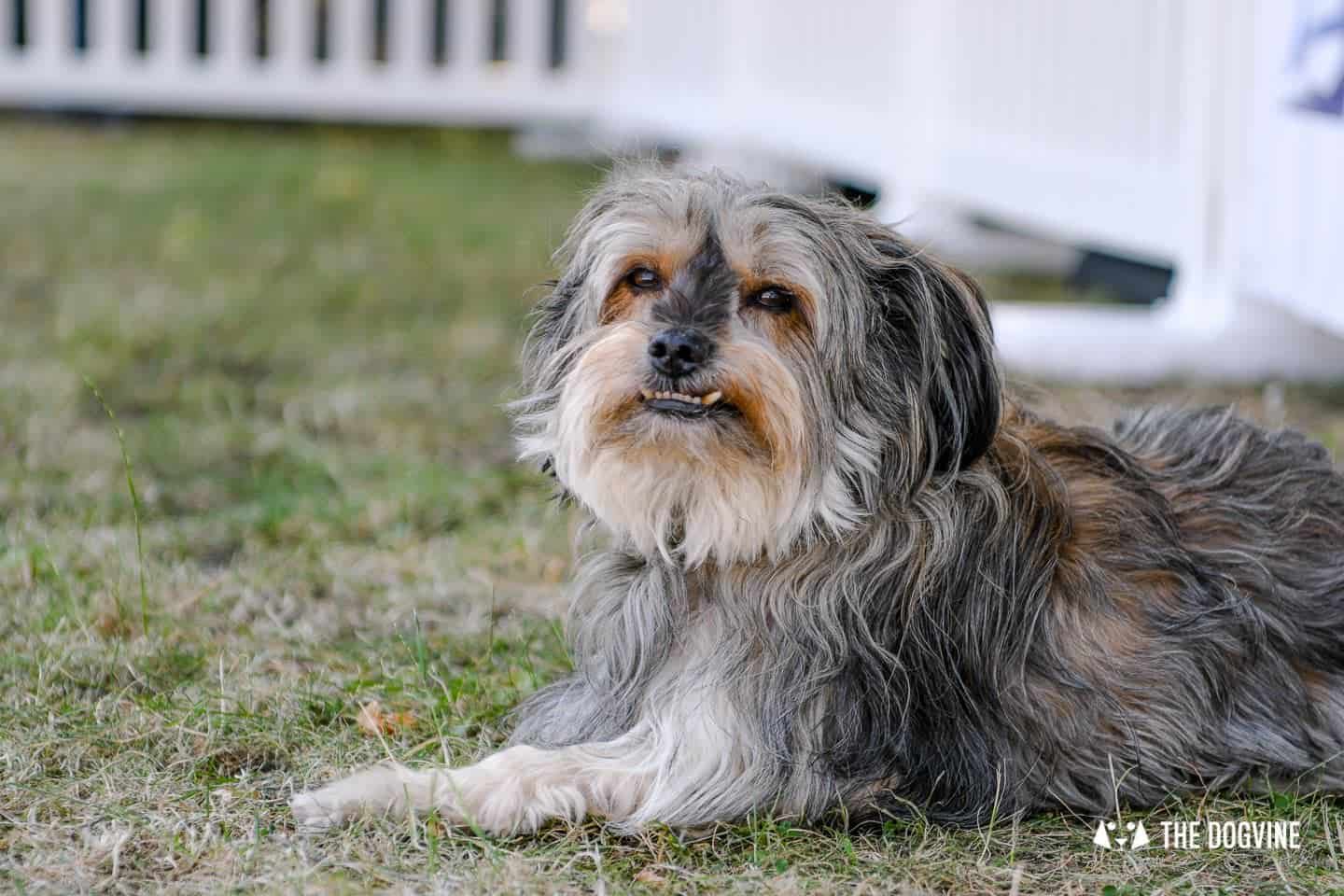 Next on the Canary Woof Dog Show 2018 agenda was Doga with Doga Mahny and a chance to try out dog yoga with your dog. We didn’t participate but it was really interesting to see both small and large dogs taking part as I had always wondered how it would work with large dogs.  We did hear Chester the bull dog’s owner say afterwards that Chester had really enjoyed it and that Doga had helped relax him so there you go. 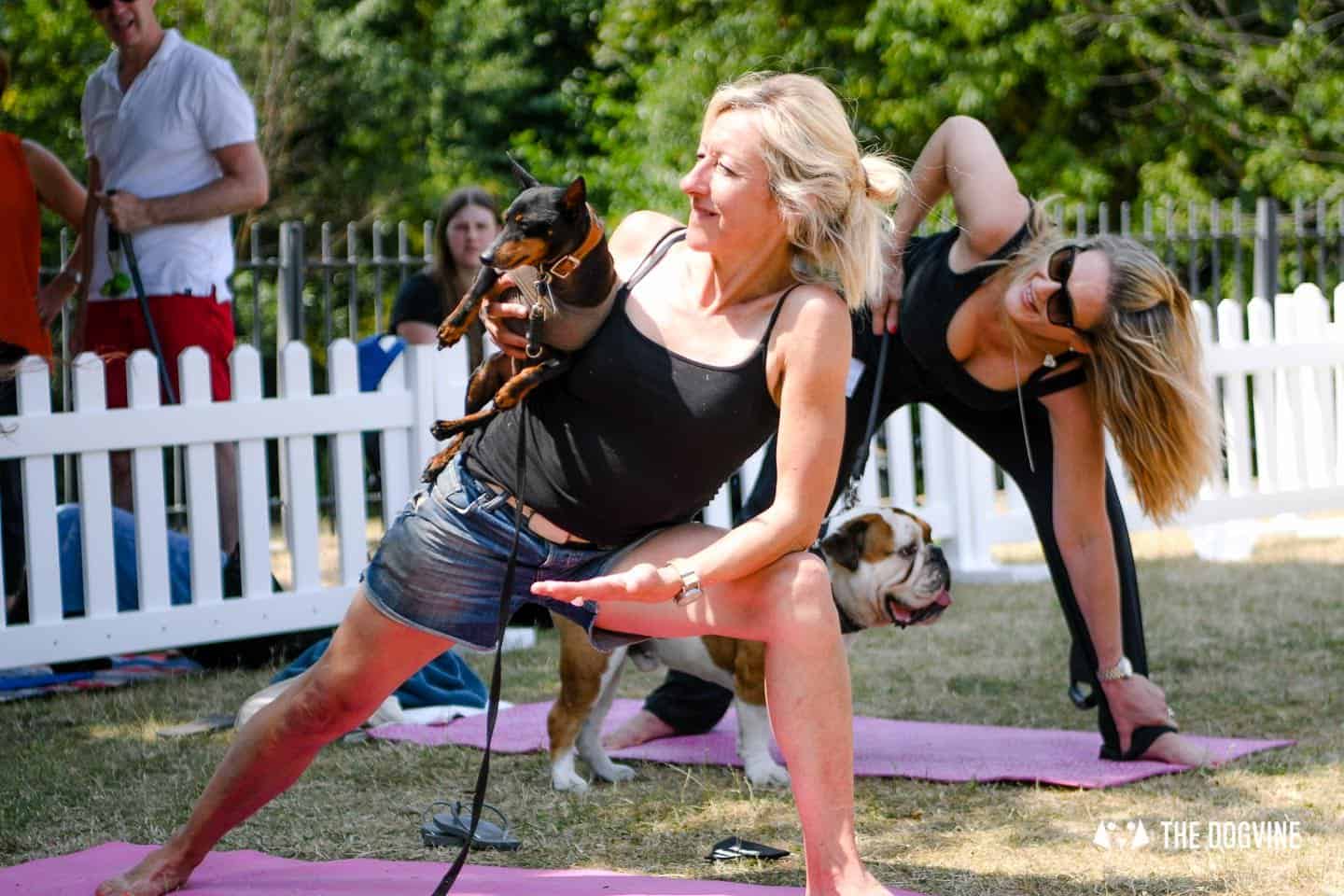 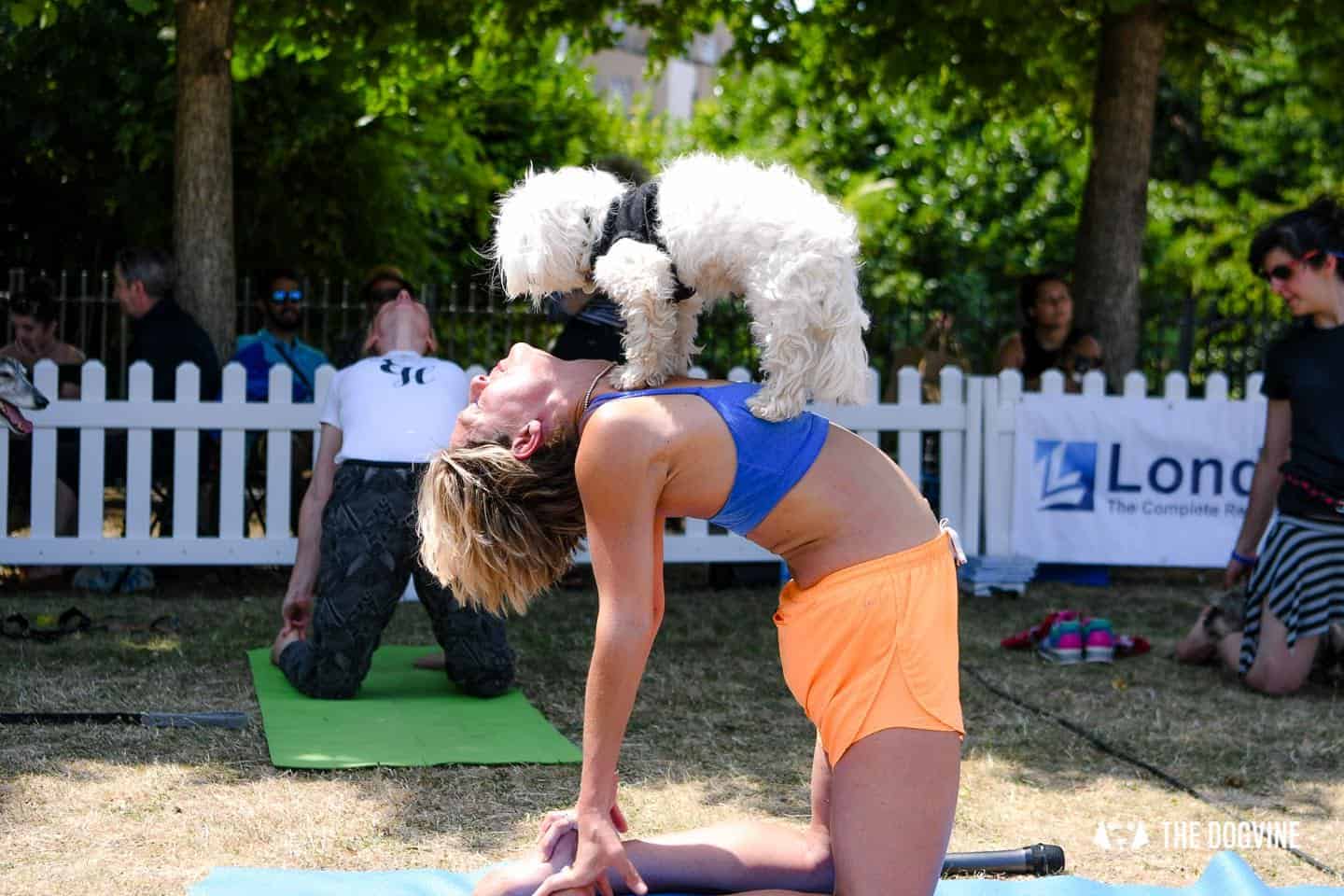 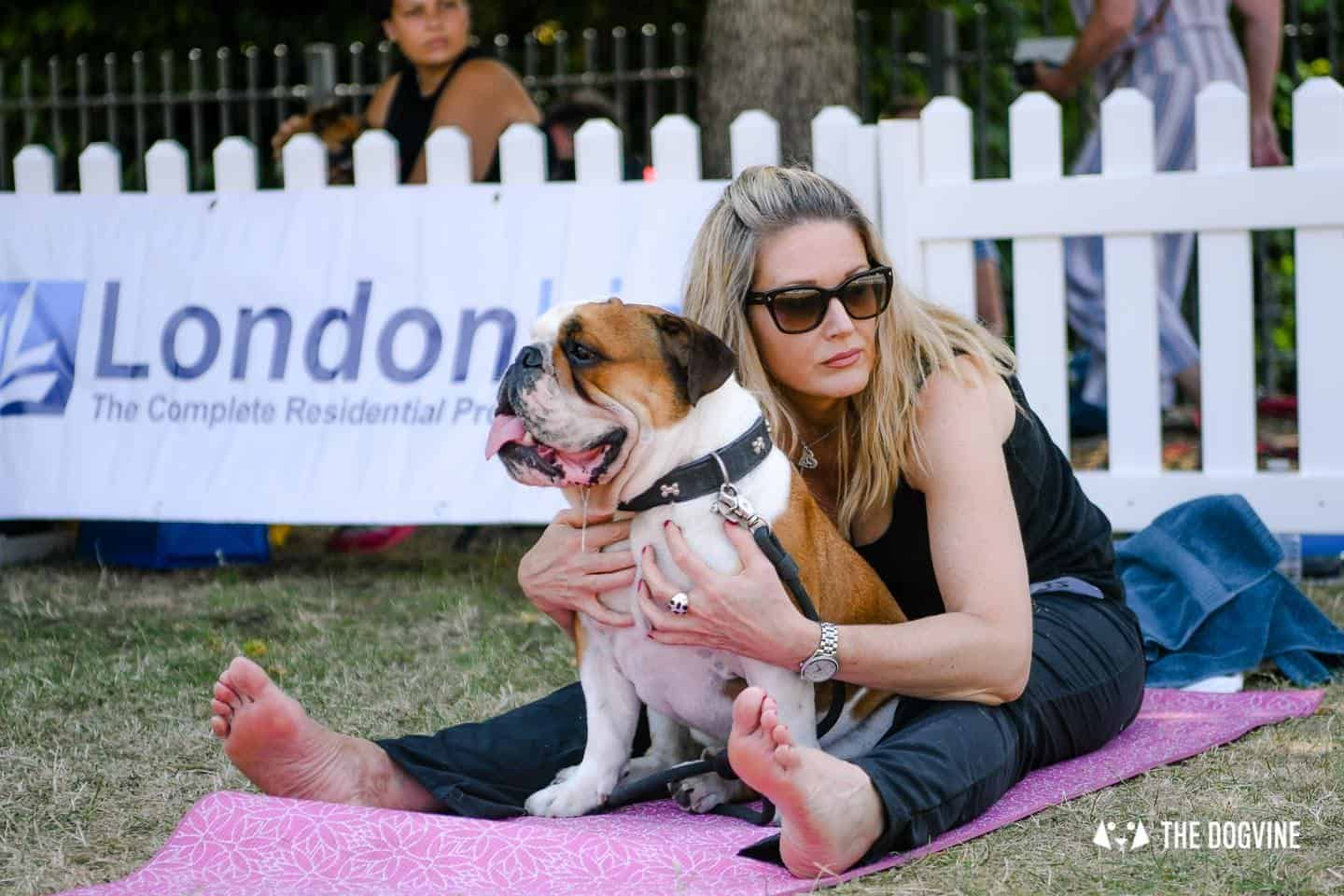 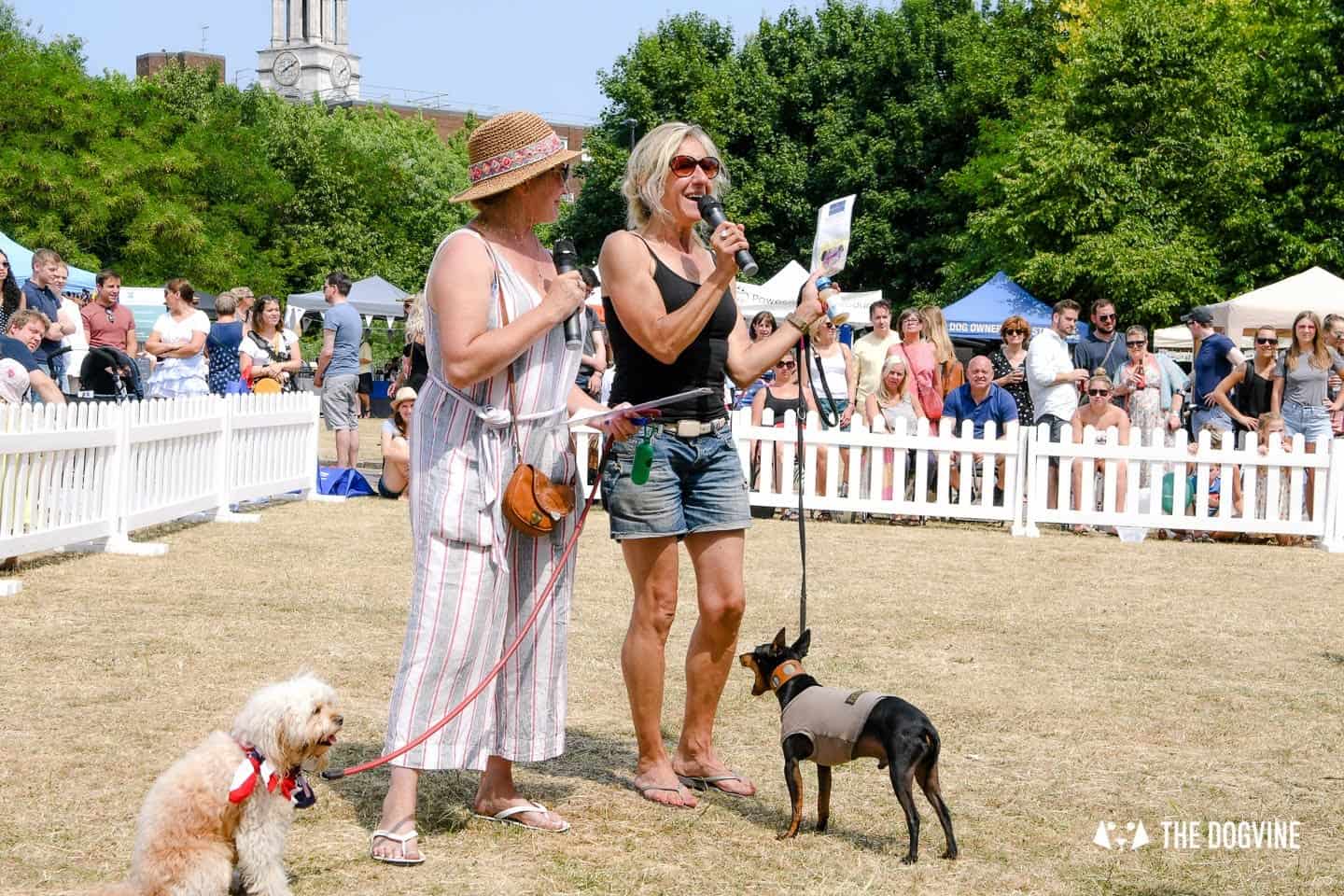 Classes were judged by BBC’s Barking Blondes presenter Anna Webb (assisted by Anna’s pup Mr Binks) and dog trainer Robert Alleyne. I certainly didn’t envy them having to choose, as all the pubs were so adorable. 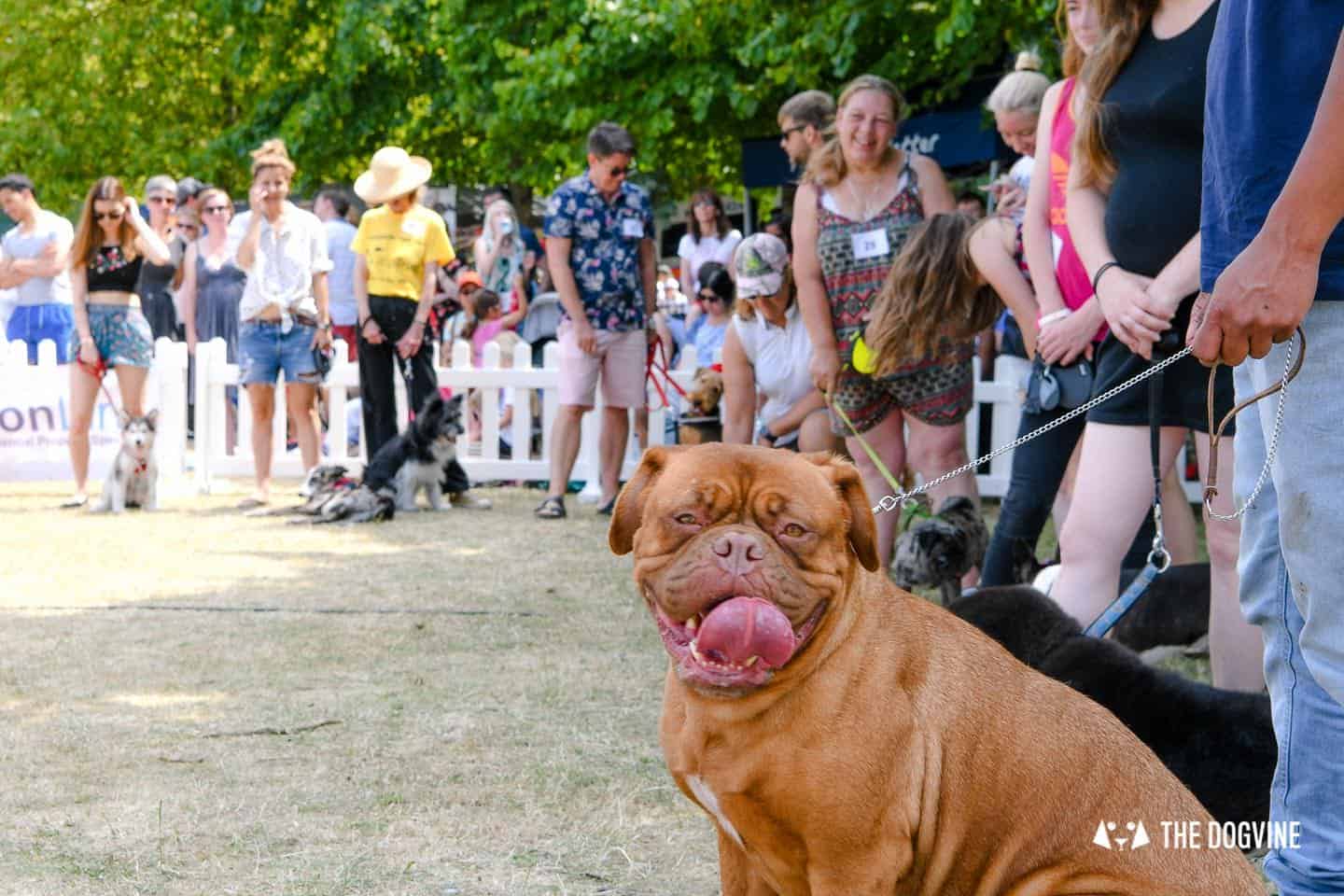 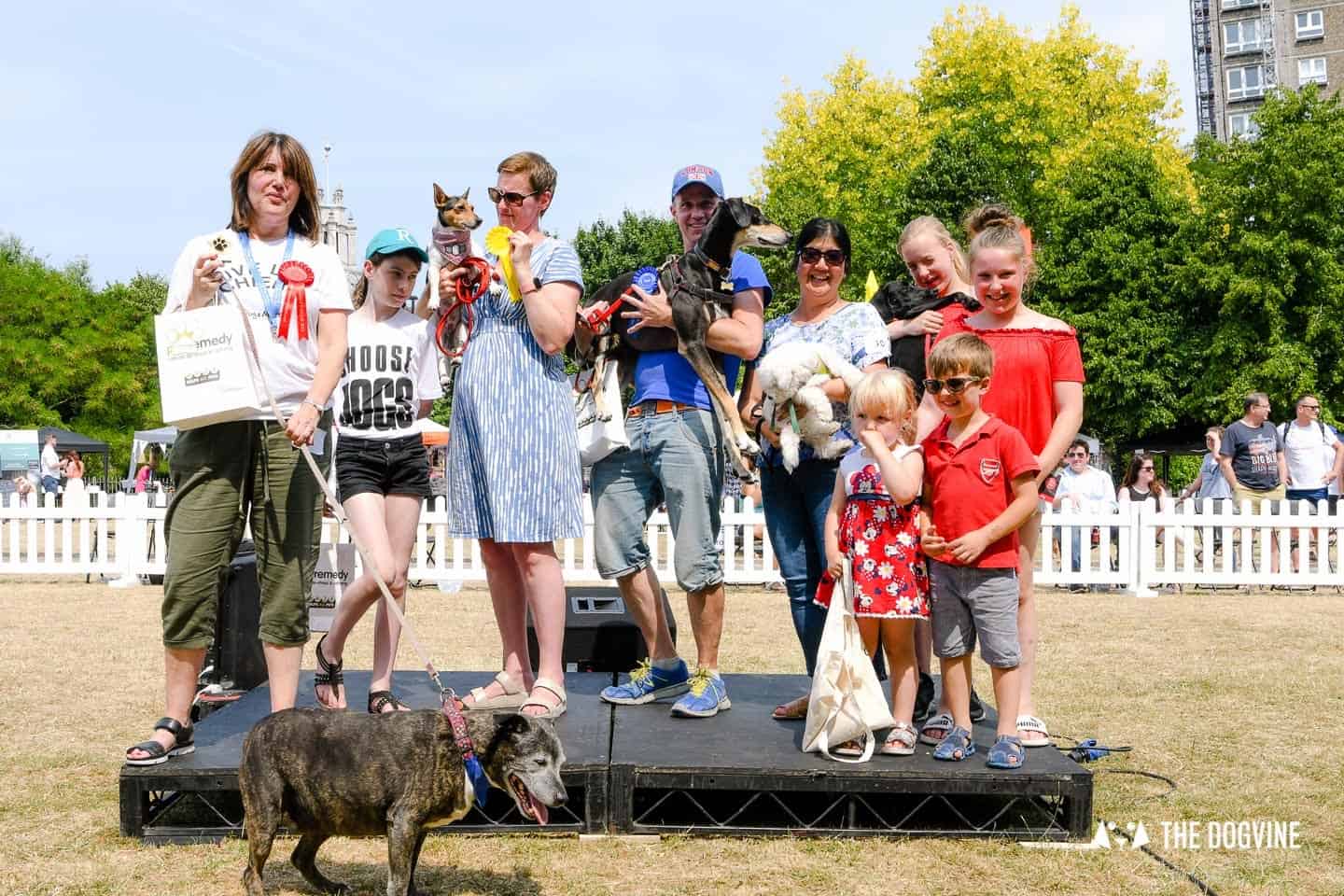 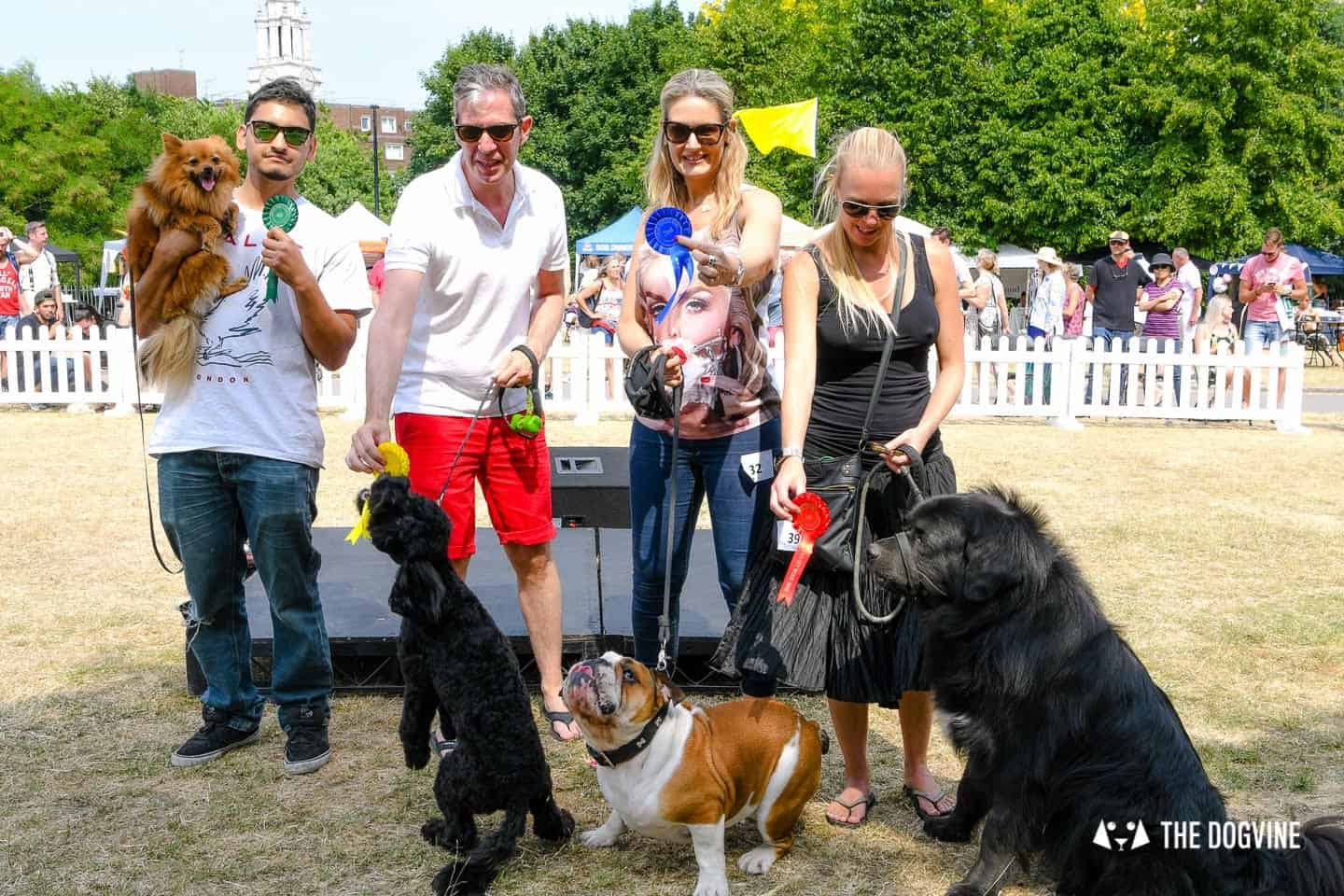 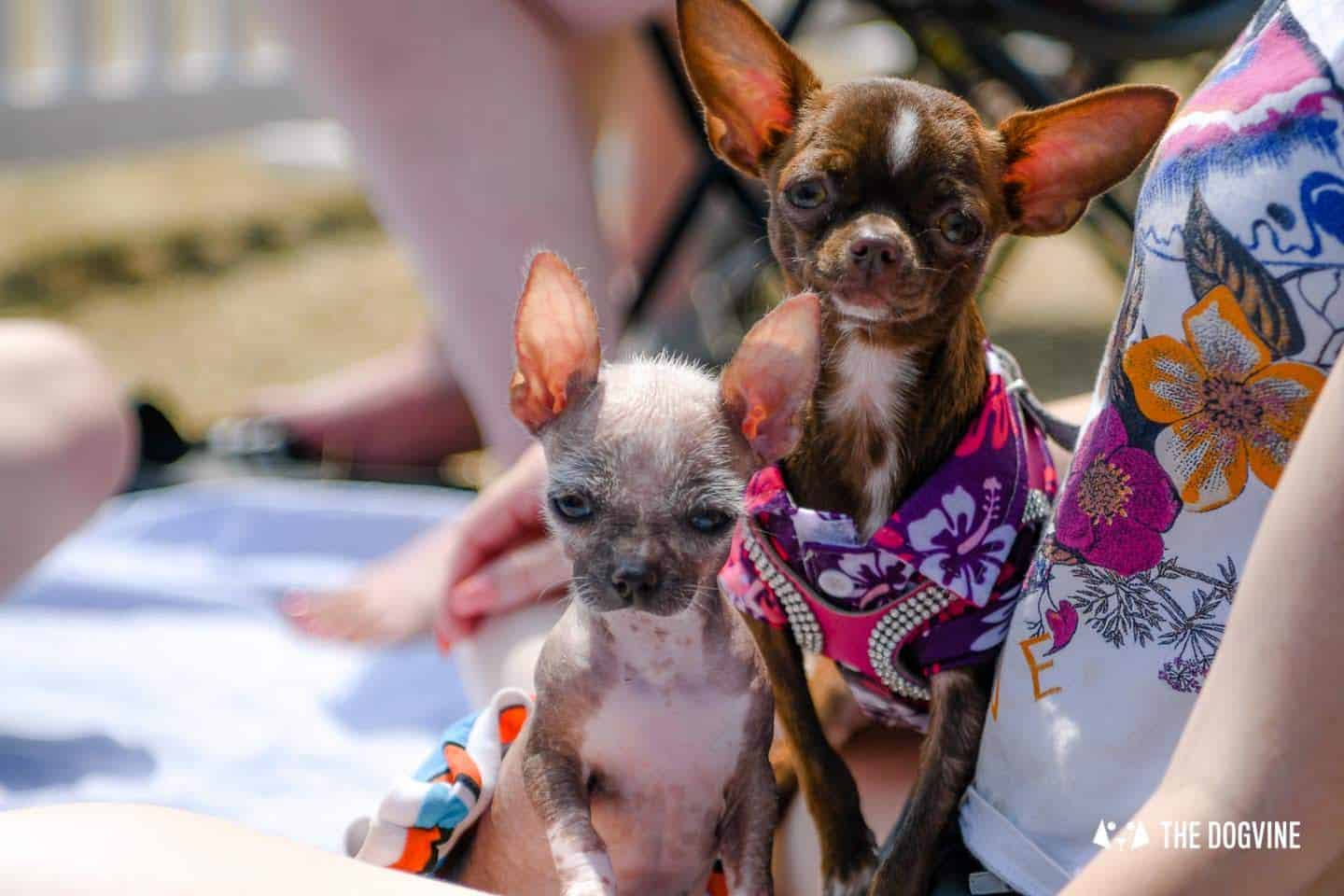 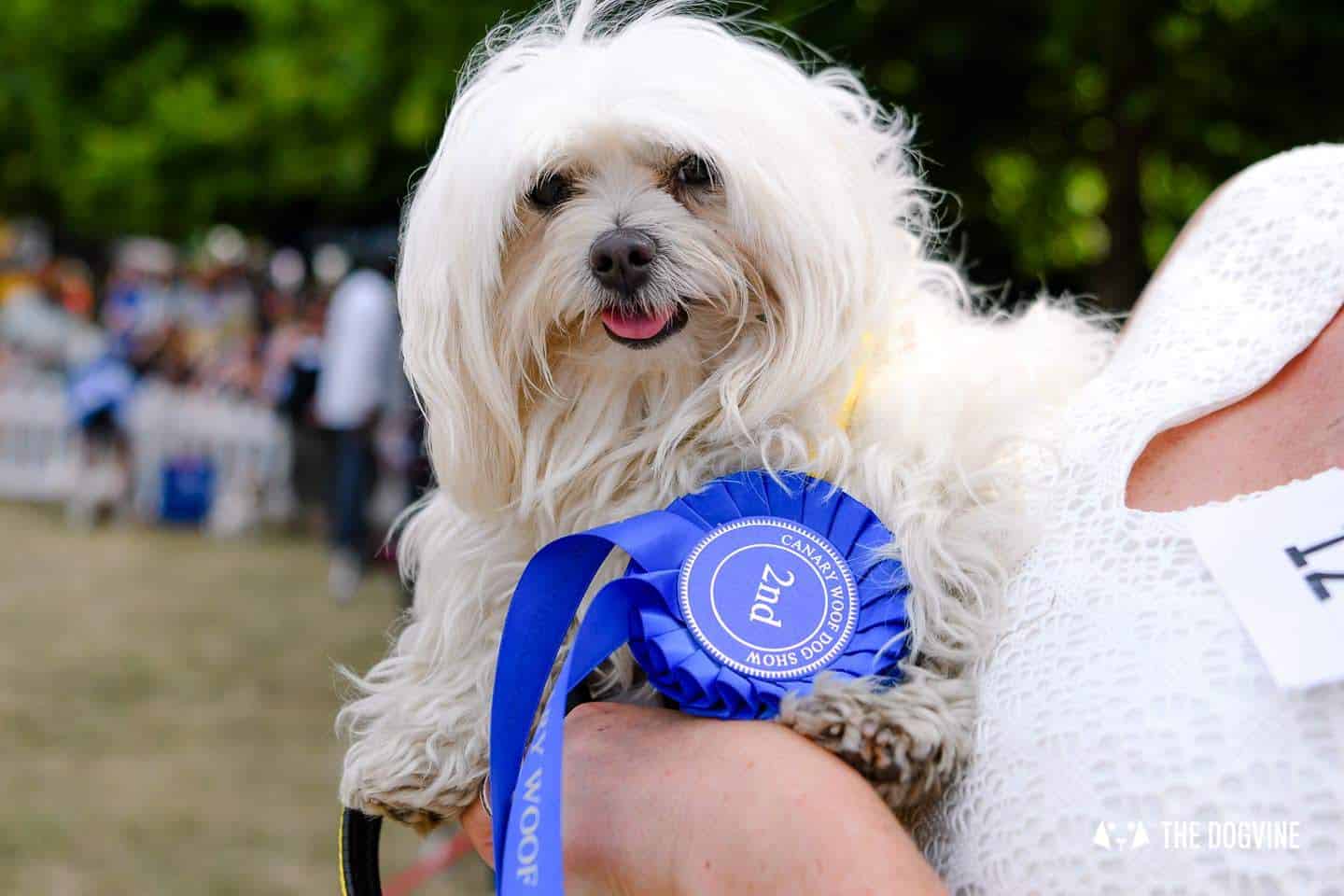 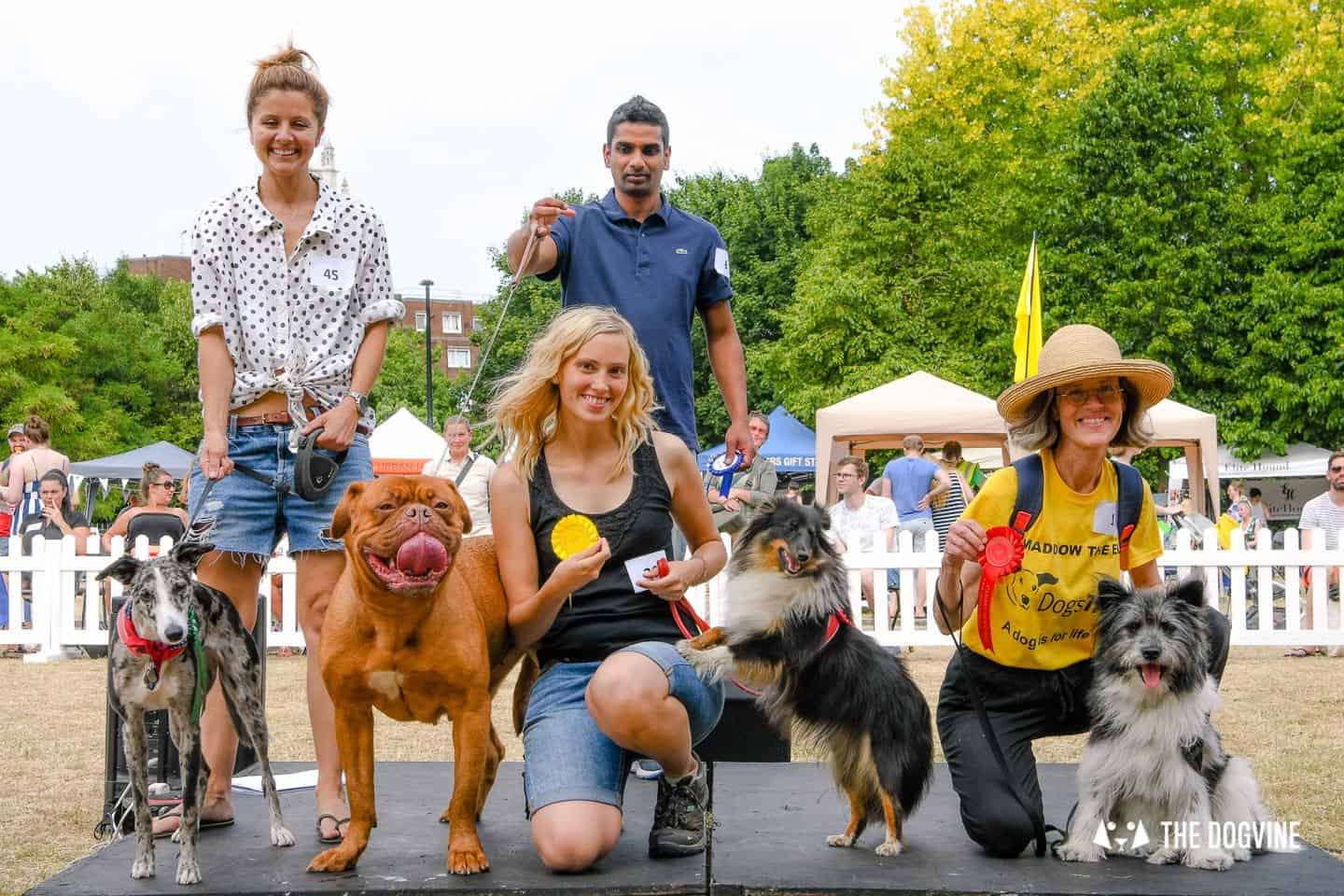 The fancy dress class was extremely entertaining, especially when Mouse the Tibetan Mastiff pup decided that lying down, refusing to move and trying to eat his own costume would be the way to go. 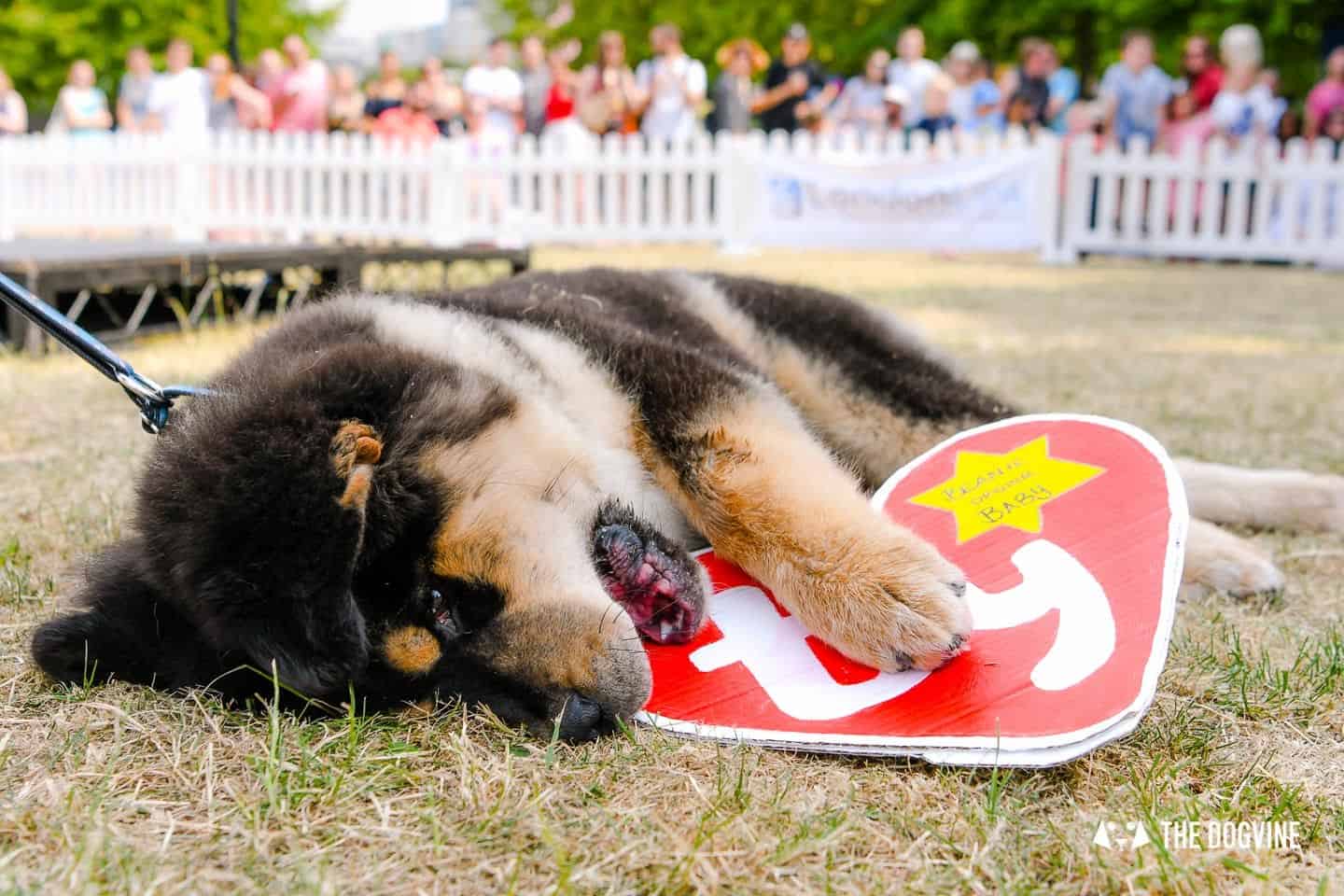 Or the little white pup who was the ‘mop’ for this oh so glamorous cleaner. 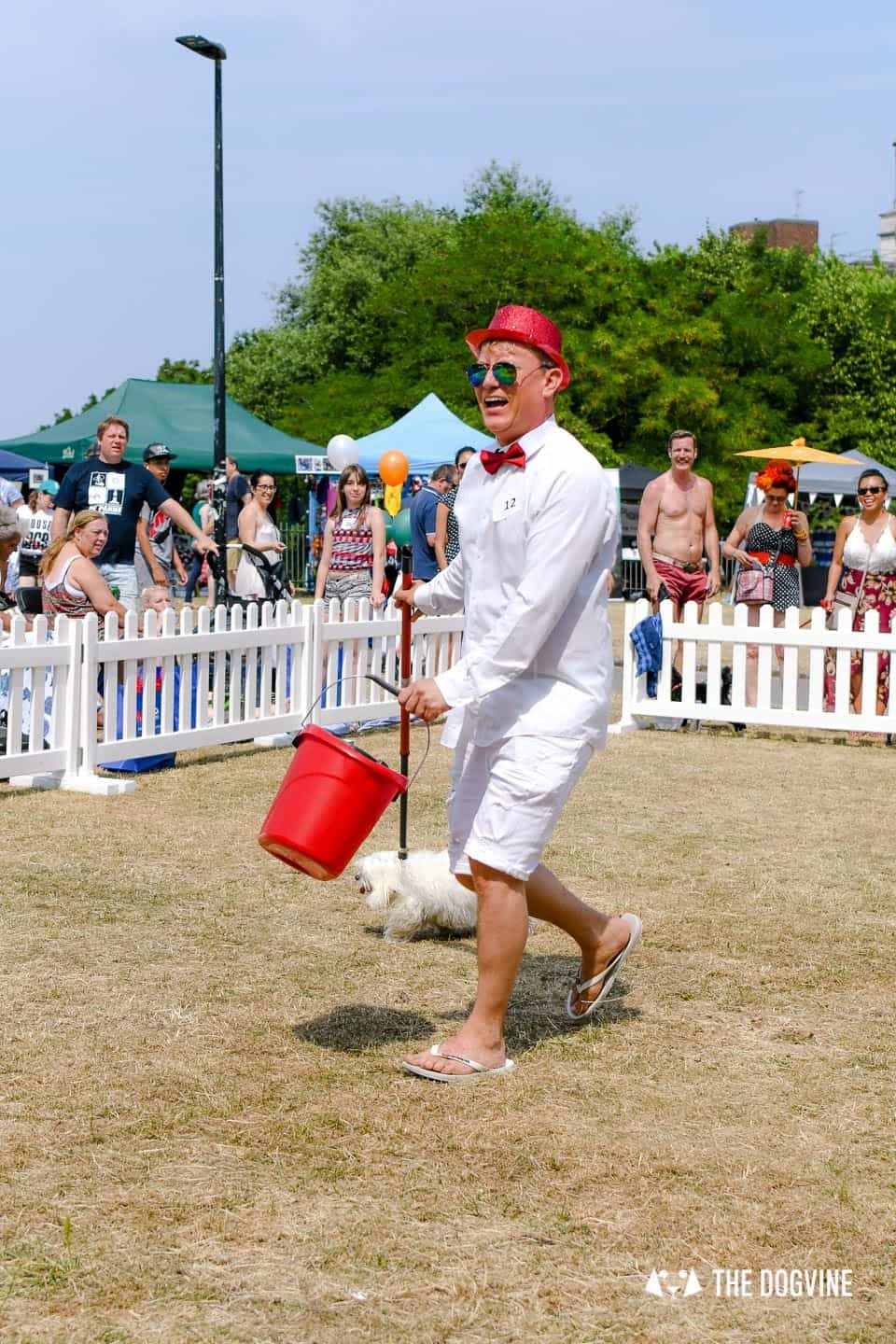 But it was Mr Whizzy Puff the Indian Chief who took home the prize for this category in the end. 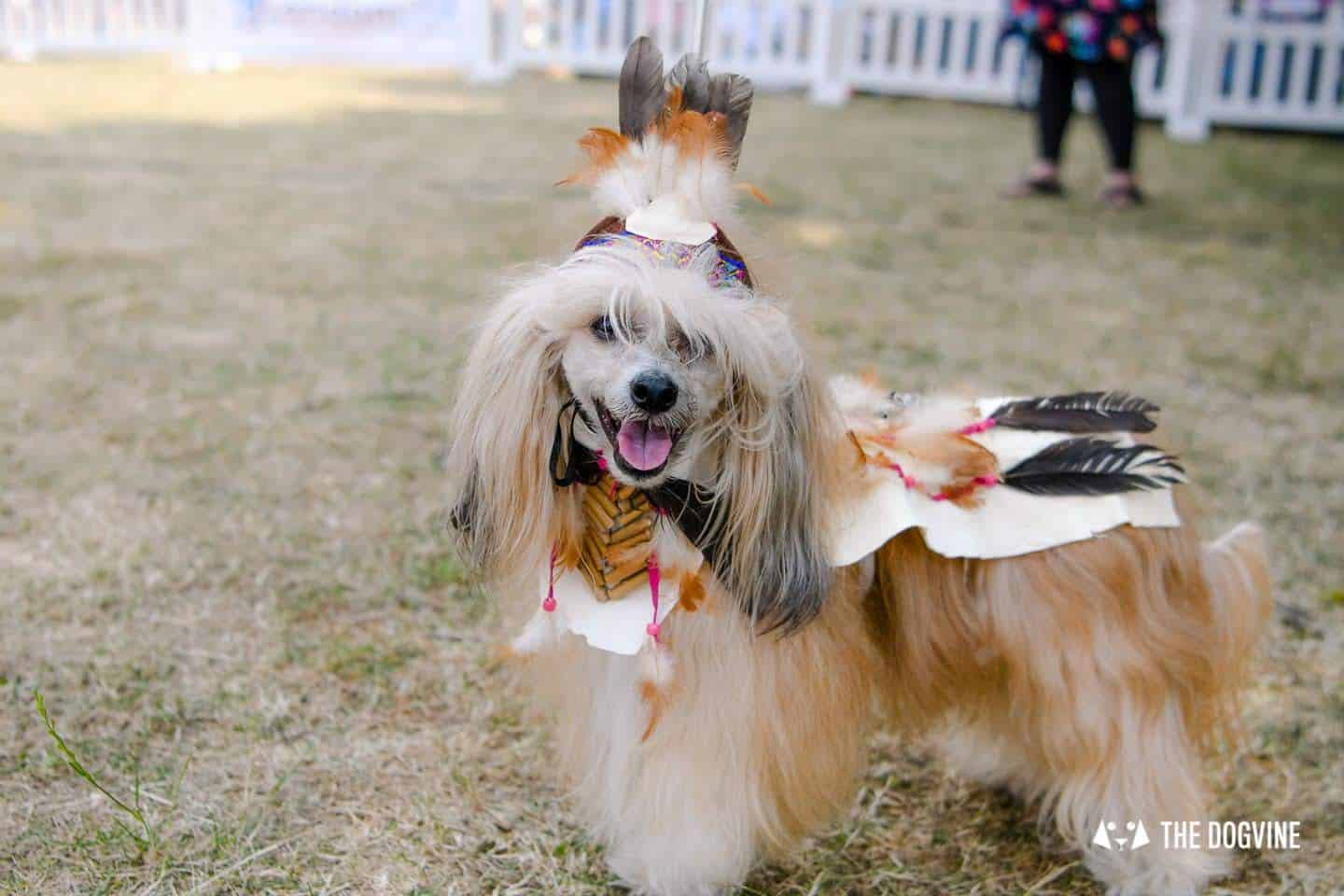 There were so many deserving dogs, in fact all the dogs were winners in my opinion so I would make a rubbish judge! Or maybe not from the pups point of view. 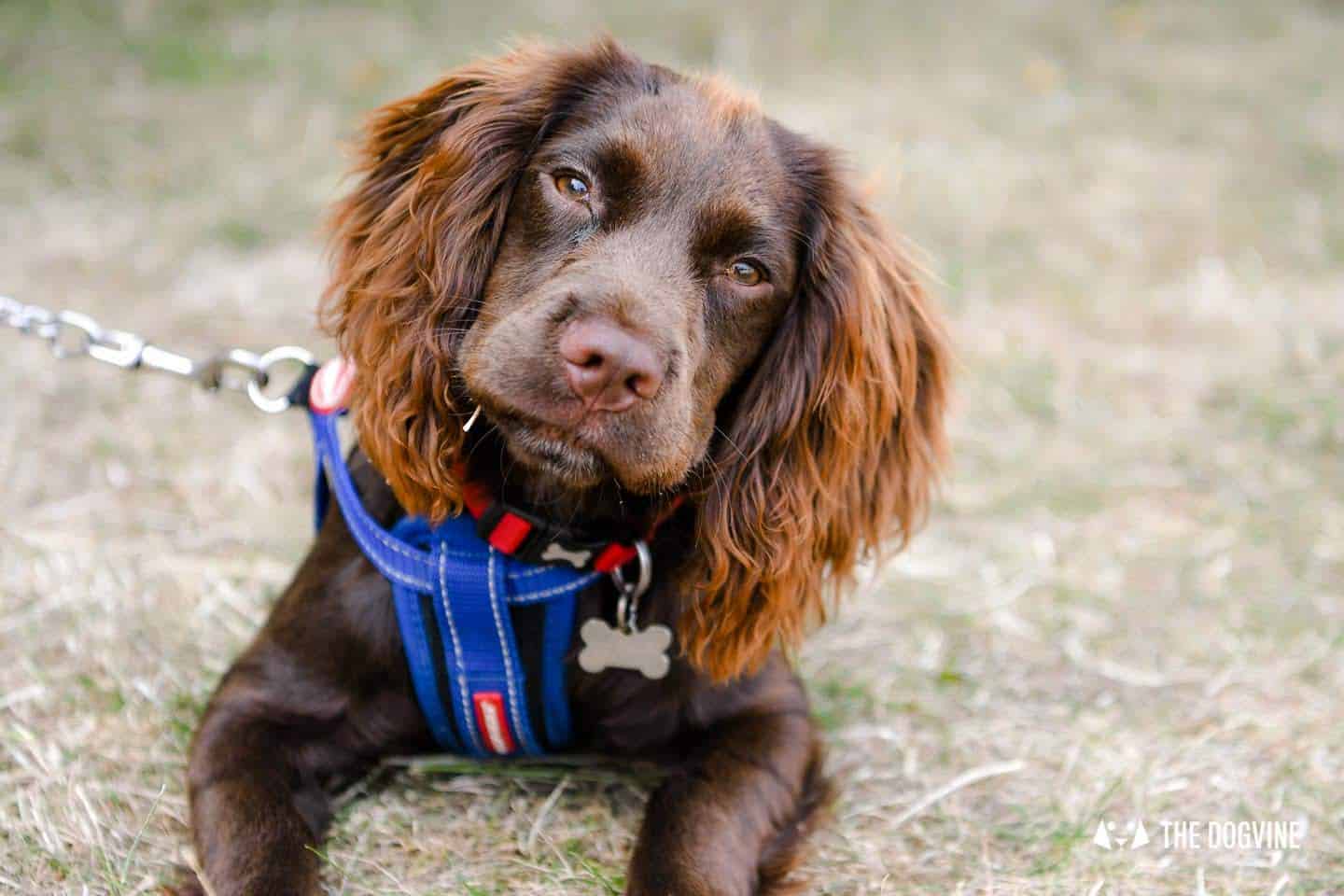 Of all the gorgeous pups, the ultimate Canary Woof Dog Show 2018 title of ‘Best in Show’ went to Pip the Airedale Terrier who promptly tried to eat her trophy and rosette. Runner up for best in show was Maddow the Elo, a breed we had never heard of until we met Maddow. Elos are an emerging breed, bred in Germany for their temperament first and foremost so each one is quite different in appearance. Maddow also holds her own title of being the first Elo in the UK! 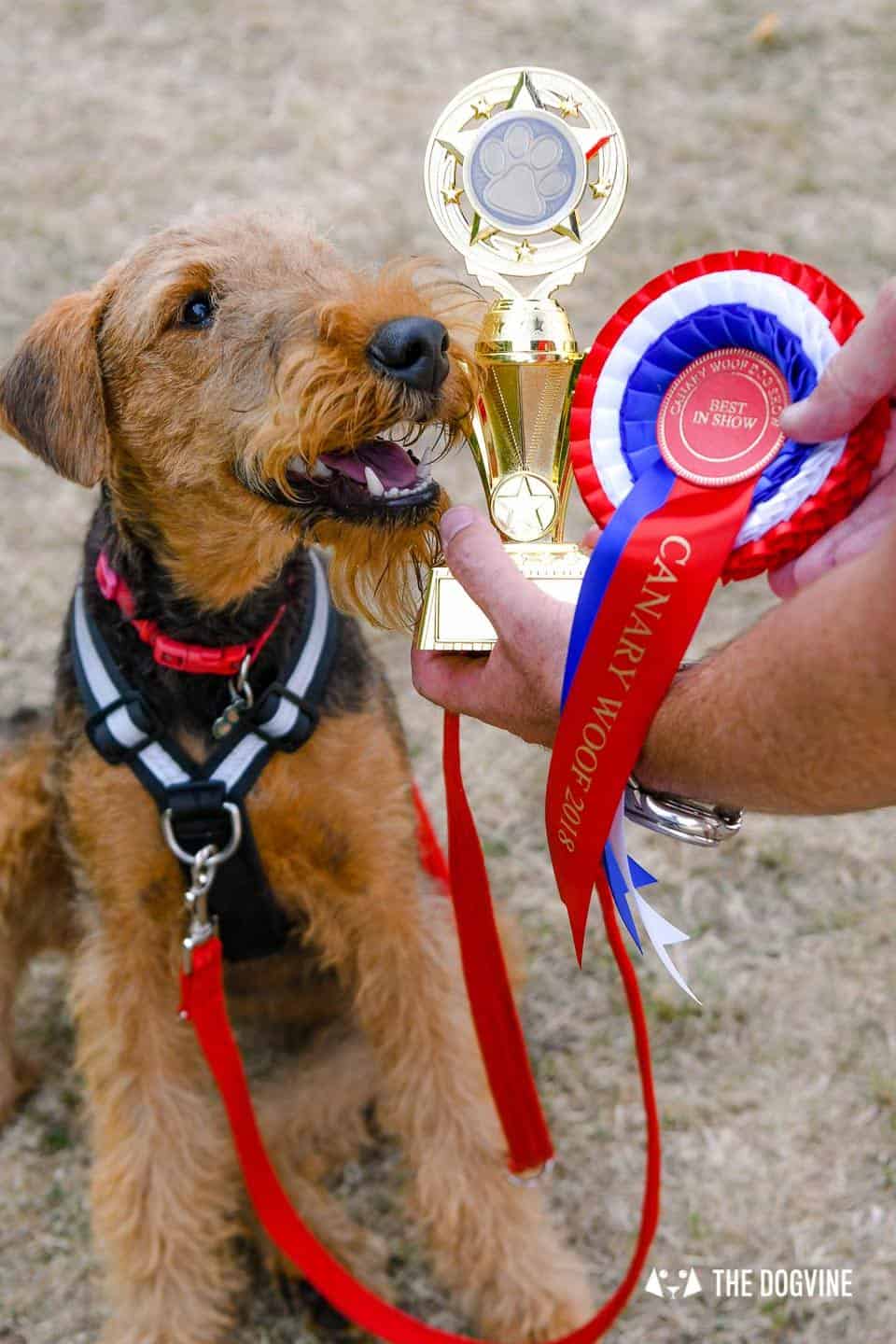 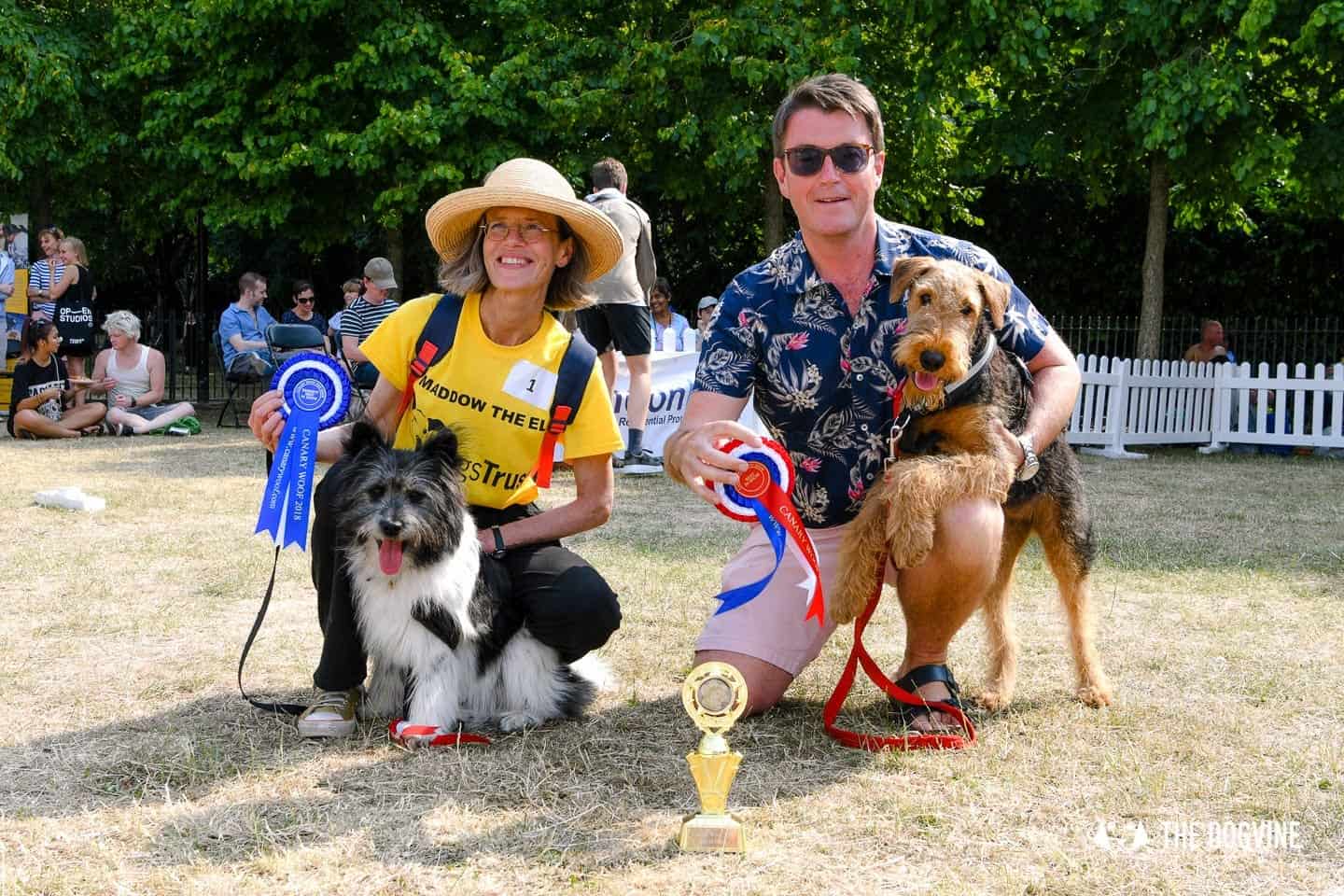 Everyone thoroughly enjoyed Canary Woof, I know I did. We even got to see some of  London’s Pearly Kings and Queens who were at Limefest. After living in London for so many years this was a first for me! 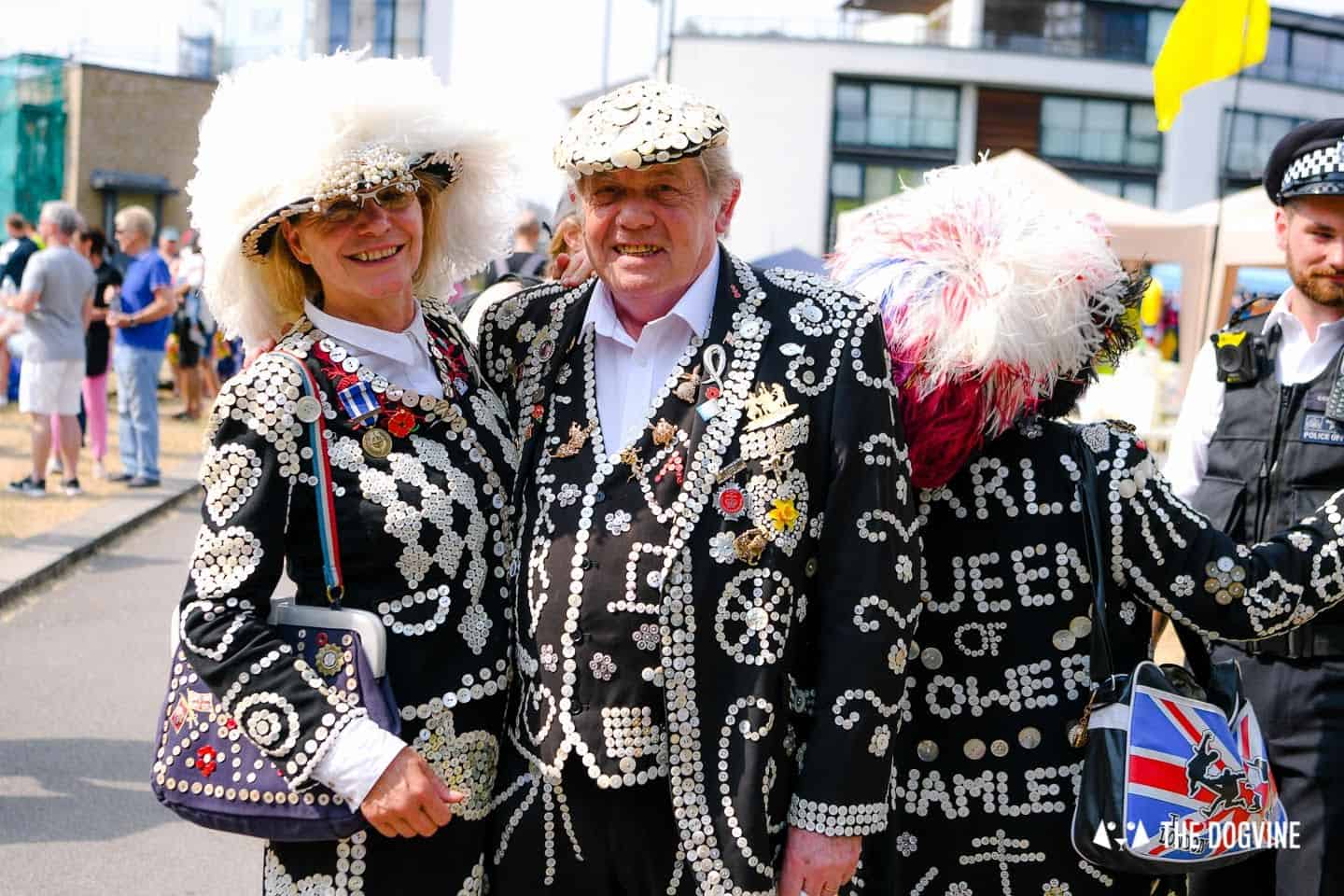 If your pup isn’t featured there are more photos from the Canary Woof Dog Show 2018 up on our Facebook page! 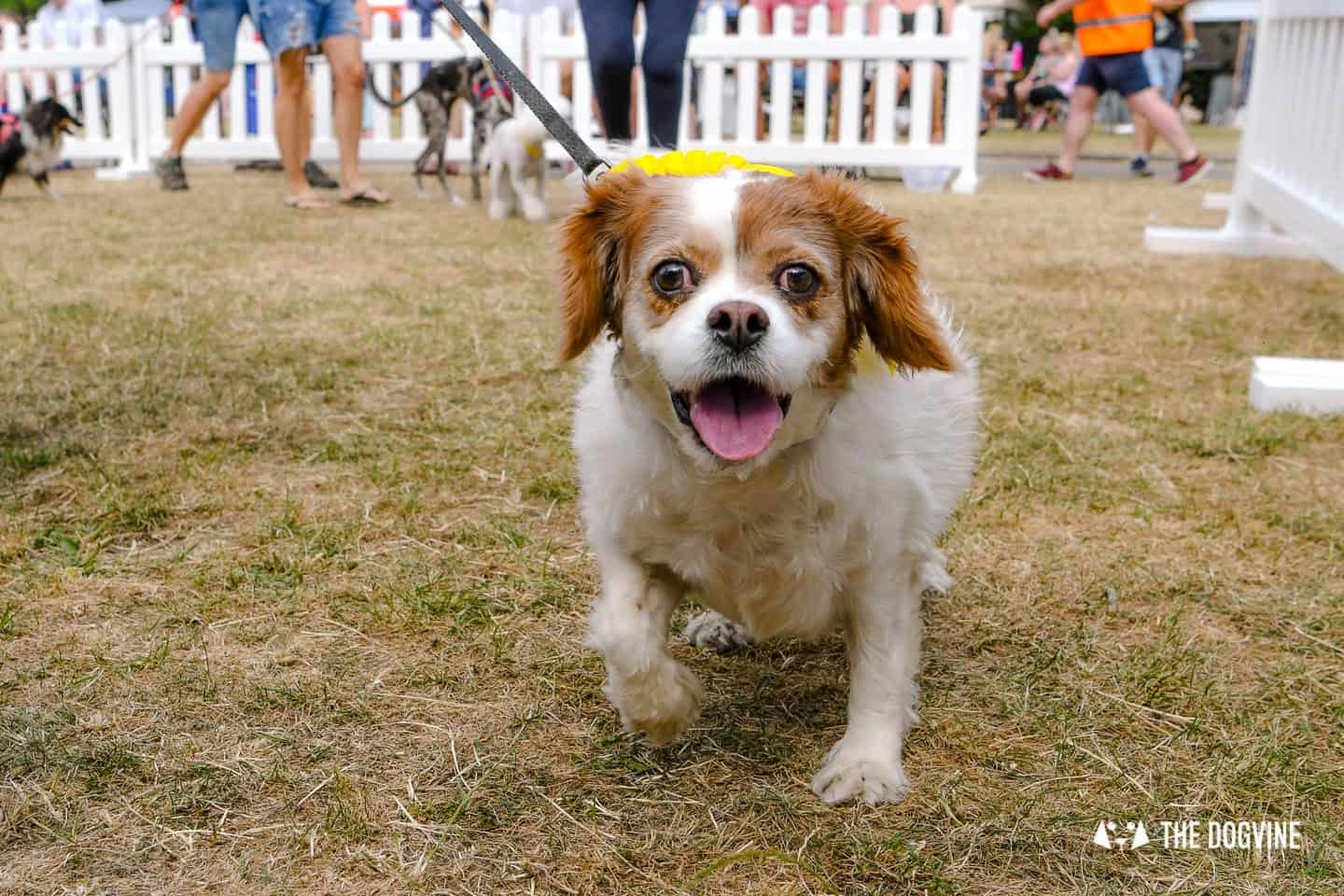 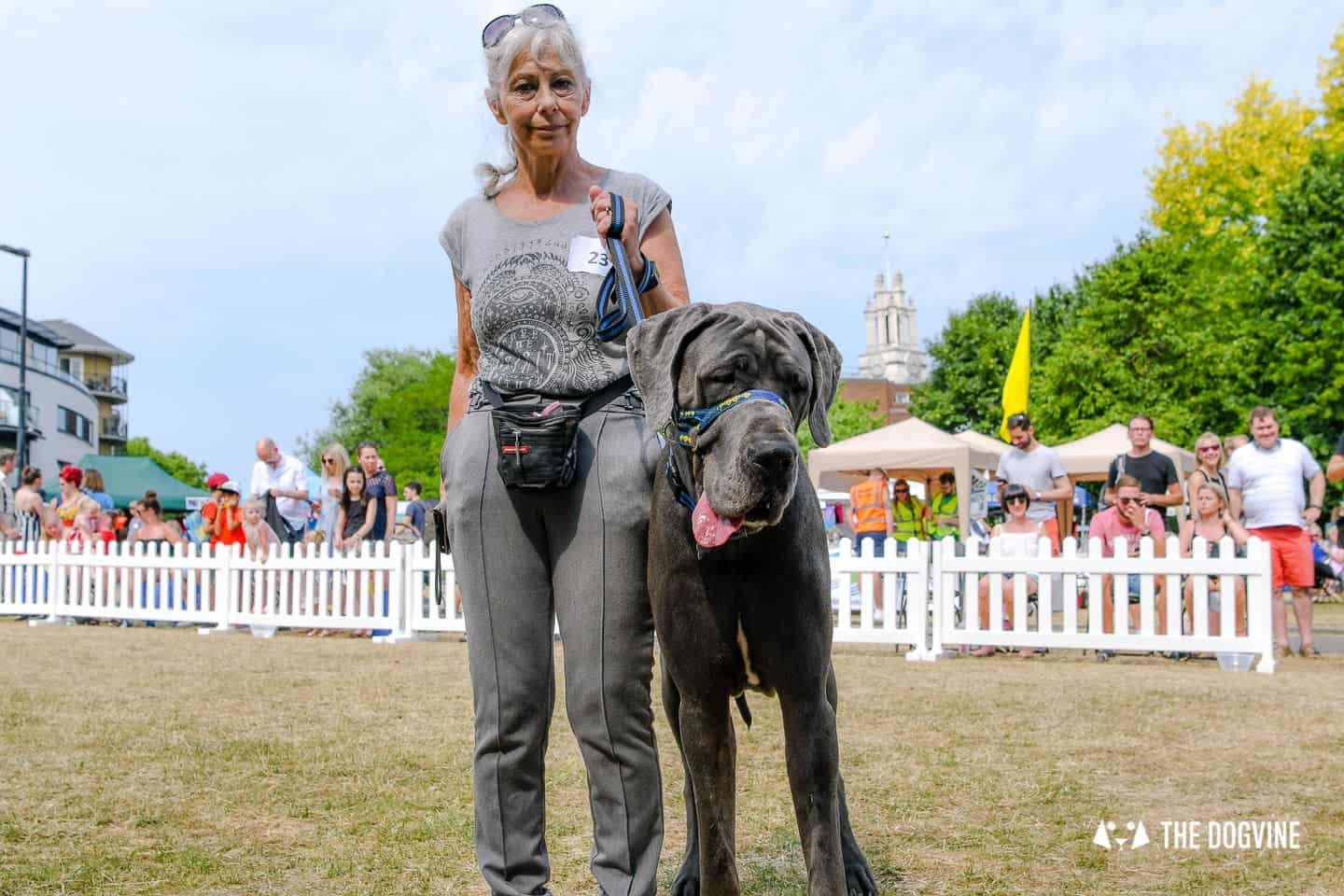 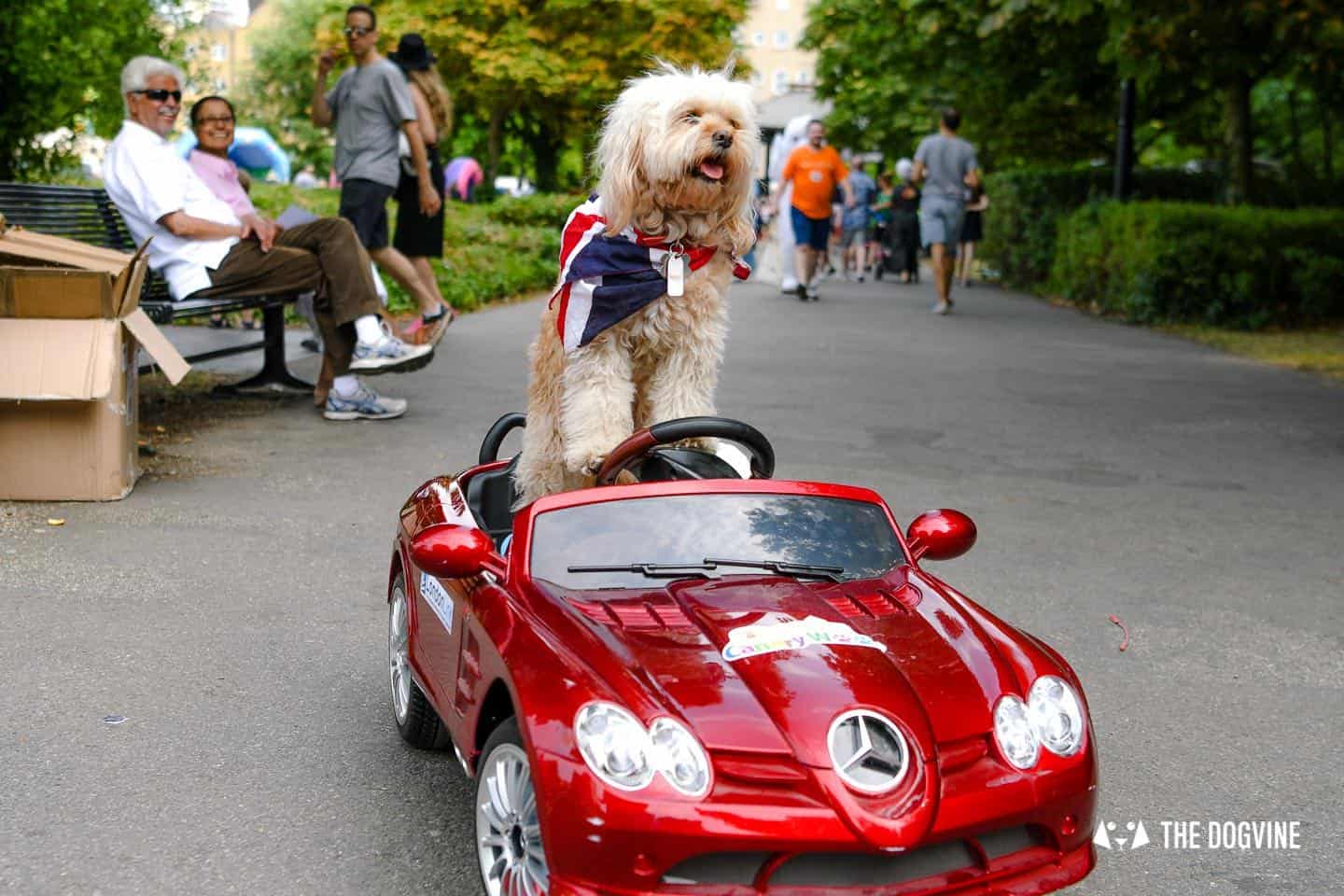