A couple of weeks ago, I went along to the London Pet Show 2015 at the ExCel Exhibition Centre London. I’ve been to large dog shows before, but this was my first visit to a show that boasted hundreds of different types of animals at the show. Although I am of course biased about dogs, as an animal lover, I was really looking forward to seeing all the different animals under one roof.

So, armed with timetables of all the events in the different display areas, my camera and a large empty bag for all those show goodies I knew I was bound to come away with, off I went. Here’s a great video from talented teenager and animal lover Caprice Wilton to give you a flavour of the show…

The show was divided into zones for each animal group and I headed straight for the dog zone with plans to visit the other zones later. However, despite my best laid plans, between watching the shows, browsing the stands and meeting all the cute canines, I barely left the dog zone all day!

There were lots of different types of dogs at the show, with many different and exotic dog breeds to say hello to. They’re all gorgeous, but for me it was definitely the case that the dogs with the funniest faces are often the cutest ones. Check out the gallery below to see some of my favourites from the day.

I also bumped into a few celebs, both four-legged and two-legged. First up I met Mugly, who was crowned the world’s ugliest dog in 2012. One thing for sure Mugly is not bothered by his looks, posing like a pro as soon as the camera came out. I actually think he’s rather dashing. 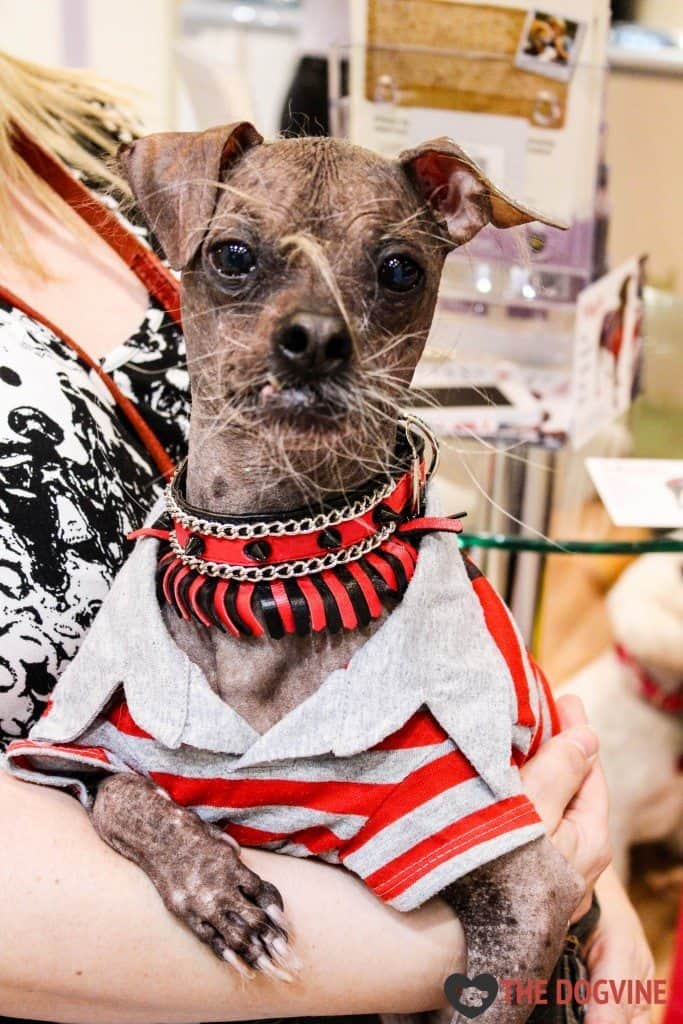 Then there was the gorgeous 12 year old Sage, who has her own Facebook Page with over 4,400 fans, has raised over £35k for charity and has recently been chosen as the Holiday Cottages Canine Critic 2015. 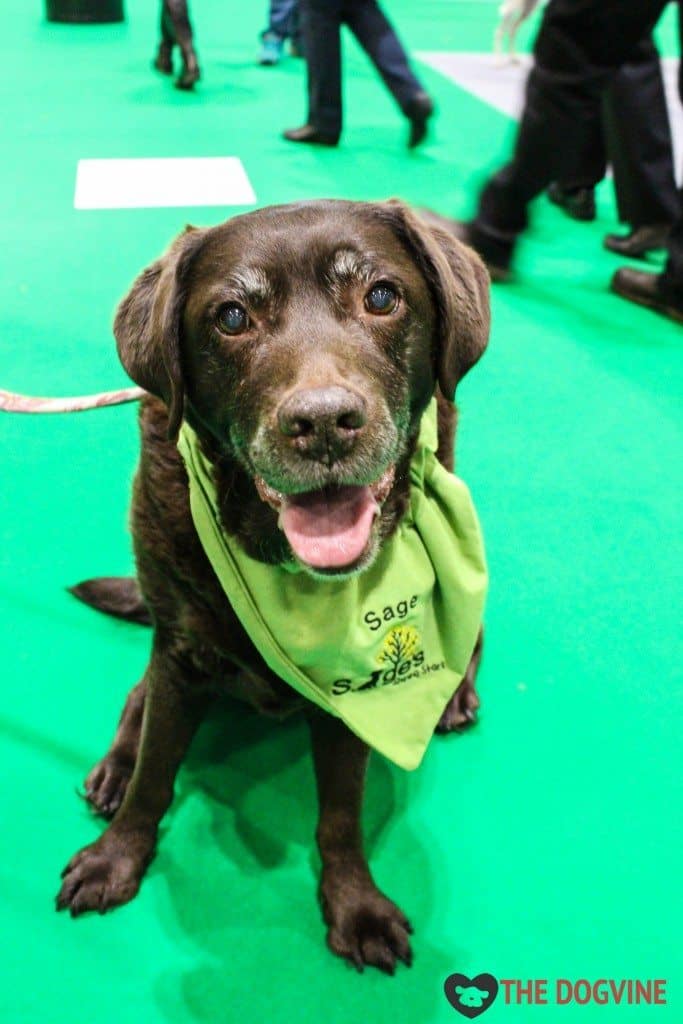 I also met Fleur the Romanian rescue dog who you may have seen her in the January and May editions of Dogs Today due to her amazing story. Fleur has survived a butchered spay surgery that left her intestines hanging out, distemper and then further traumatic surgeries to battle the resulting infection that left her insides infected and rotten, all at just two years old. Fleur owes her life to Valgray Collie Rescue, her loving new owners Andy and Wendy Morris and the generous public who donated over £10,000 to help save her. 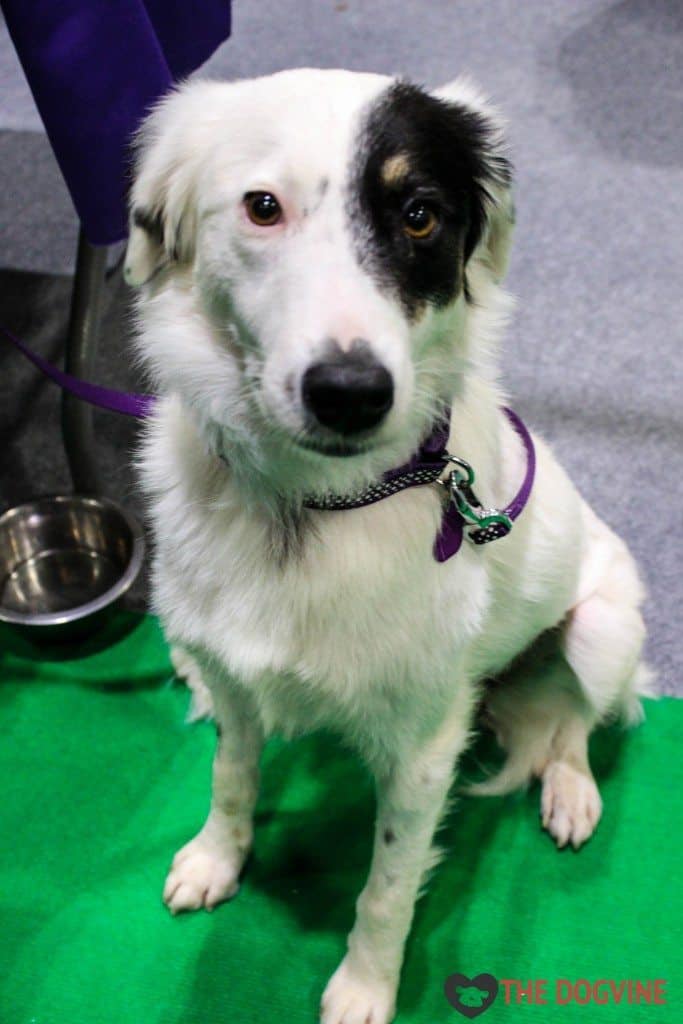 When it comes to two-legged celebs, it was fantastic to meet London Cartoonist Rupert Fawcett, famous for his daily dose of doggy humour with his Off The Leash Cartoons. 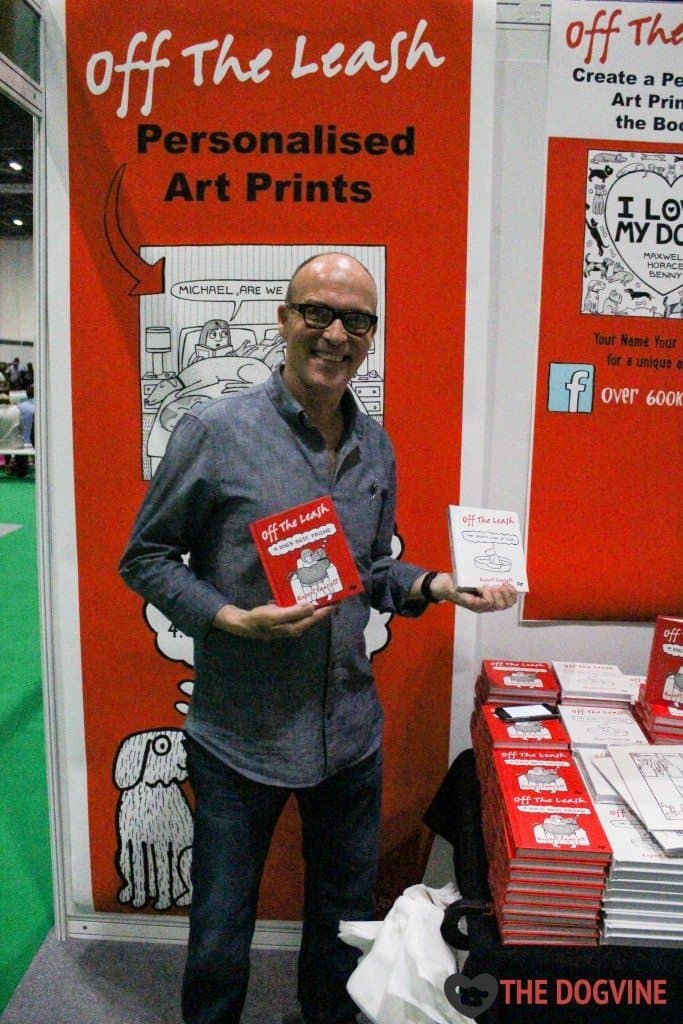 Then it was time to meet the man himself, the Supervet, Noel Fitzpatrick. Judging by the (female) crowds surrounding the Fitzpatrick Referrals stand all day, the Supervet is a very popular man! I did manage to beat the crowds to get a picture though. 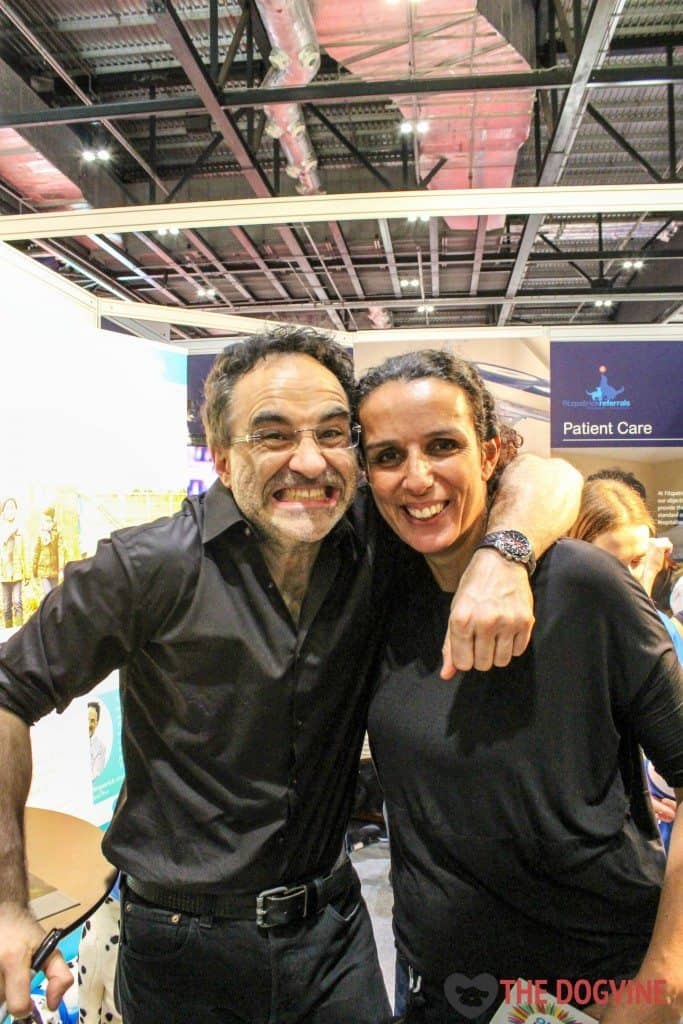 One of the things I love about these shows is the shopping opportunities it presents. I only have to look at a pet shop and I seem to spend the equivalent of a week’s supermarket shop on dog toys and treats, so having all the stands to check out in the Market Place was shopping heaven. The good thing is there are usually lots of show discounts on offer so it’s a good time to stock up, saving money in the long run. Or at least that’s how I sell it to myself anyway!

Seems I wasn’t the only one doing some shopping… 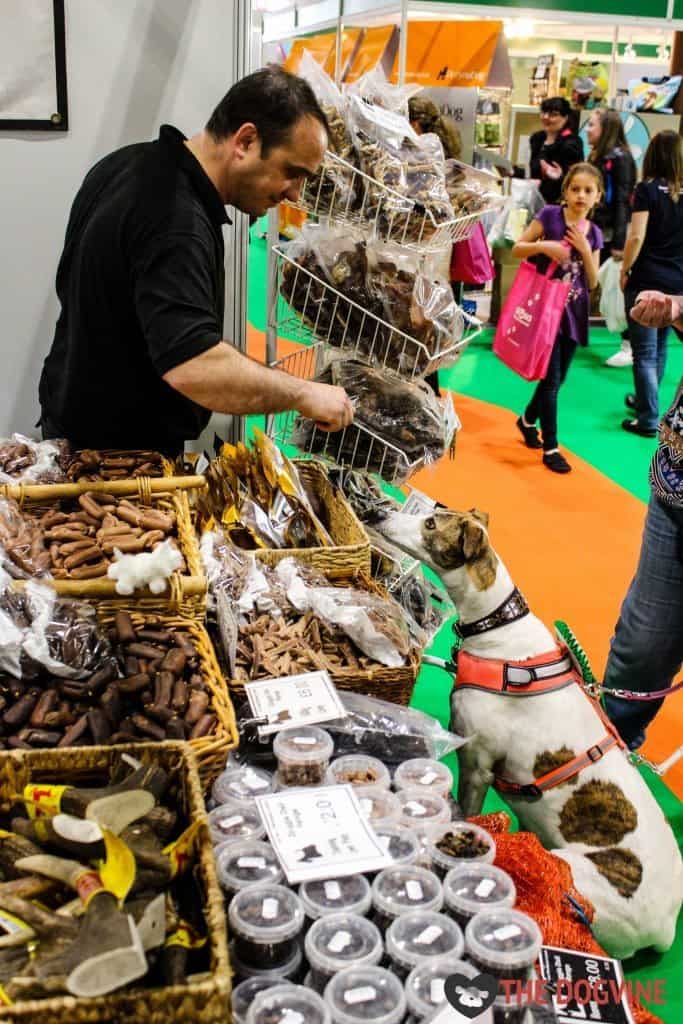 It’s also a chance to discover great new products that are innovative or just downright useful. My favourite from the show was the Molly Mutt Dog Bed Duvet which is an ingenious take on the dog bed featuring a washable “duvet cover” that you can fill with old blankets or clothes.

There were lots of display areas, all jam-packed with events, displays and talks throughout the day. The biggest being of course the SuperDogs Live competition in the Zoflora Super Theatre, hosted by Noel Fitzpatrick with celebrity judges Gwen Bailey, Matt and Leon Henderson-Rood and Anneka Svenska. We saw some great displays from some very talented dogs competing for the title, but this year’s Most Talented Dog title went to Ziggy Trixx who spends his time not only showing how talented he is, but trying to change the perception people have of Staffies on his You Tube Channel. Video by Ziggy Trixx:

There was plenty going on in the other display areas, some even offering the chance for some audience participation. For the kids there was the chance to dress up as vets and “perform surgery” on a giant bear. The kids seemed to be loving it and getting into the swing of things, although perhaps a little too zealously in some cases. 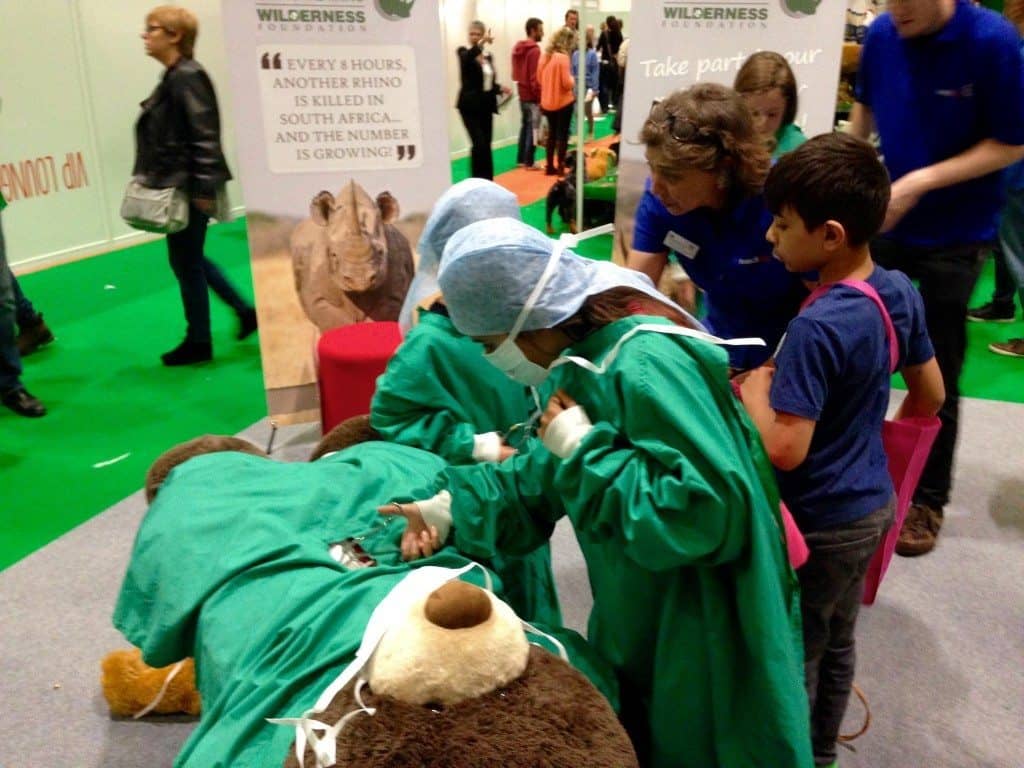 Adults weren’t left out and somehow I found myself participating in the Paws For Thought Dog Display in the Nerf Dog Activity Ring.  This first involved having a dog doing some balancing tricks on my back and then being the head of a human conga line as dogs raced backwards and forwards across our backs and between our legs. Oh well, all in a days work! 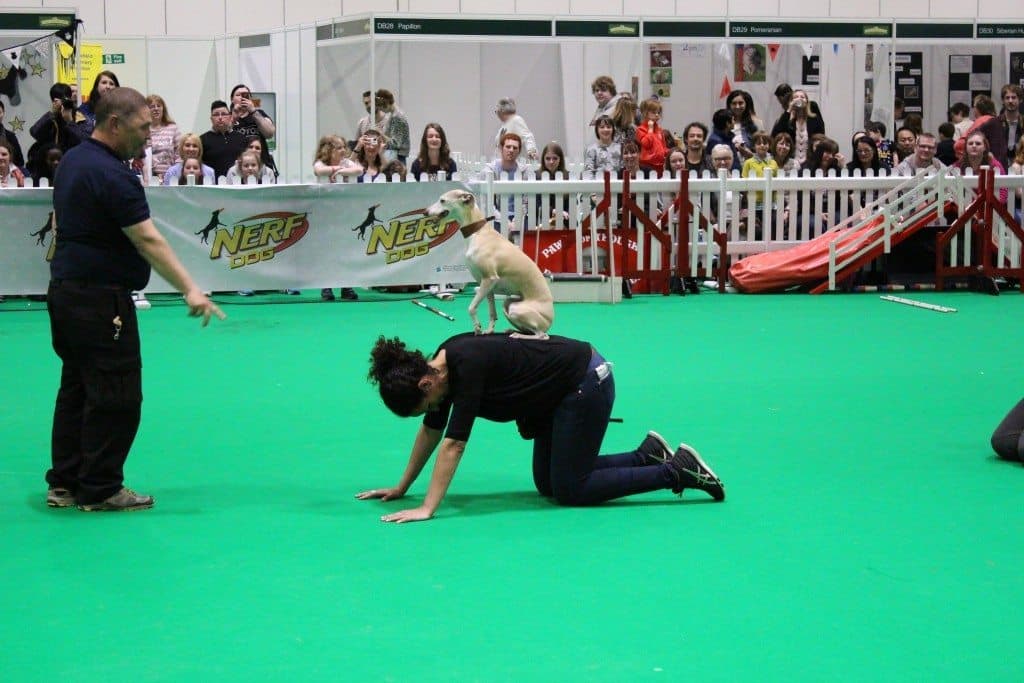 Finally, I made it to the Small Furries zone for the Rabbit Jumping Finals with the famous Swedish Rabbits and their handlers. It was like a mini Grand National, but for rabbits! Maybe the Swedes have some Swedish rabbit super-food that they’re keeping a national secret?

So, what’s the verdict?

The London Pet Show 2015 is a great show to visit if you want to see lots of different animals, although as I proved it is entirely possible to spend the whole day in just one zone. It’s also a fantastic day out for families as it ticks both the fun and educational boxes with lots of opportunities for learning and interaction. Just make sure you get there early (and plan your time better than I did) to have enough time to take it all in.

See you next year! 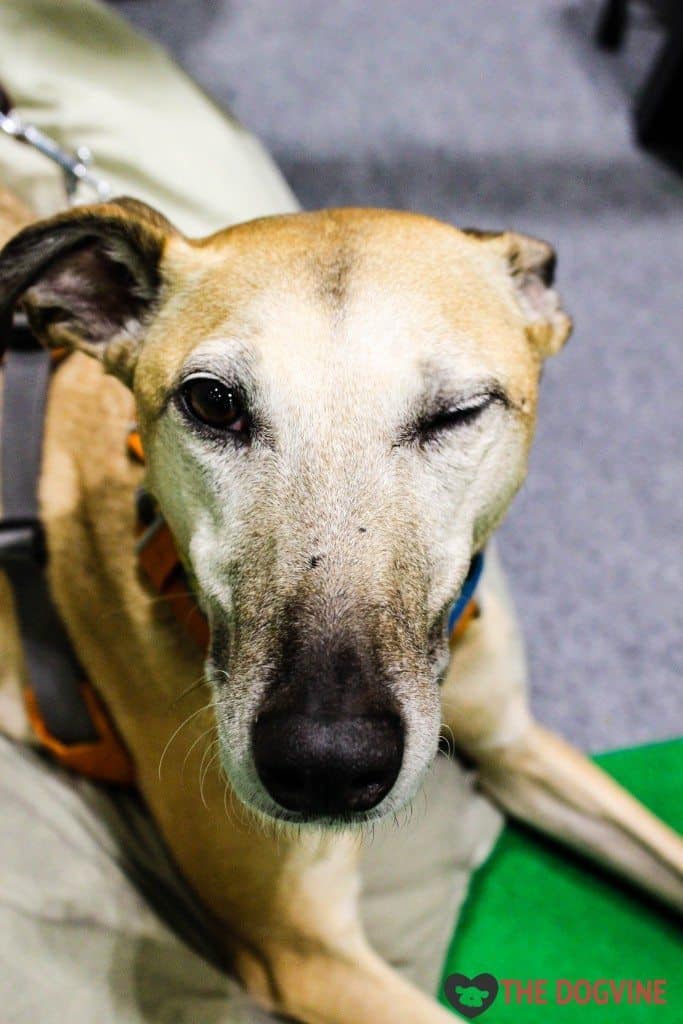